A Long Night at the Museum of the Future 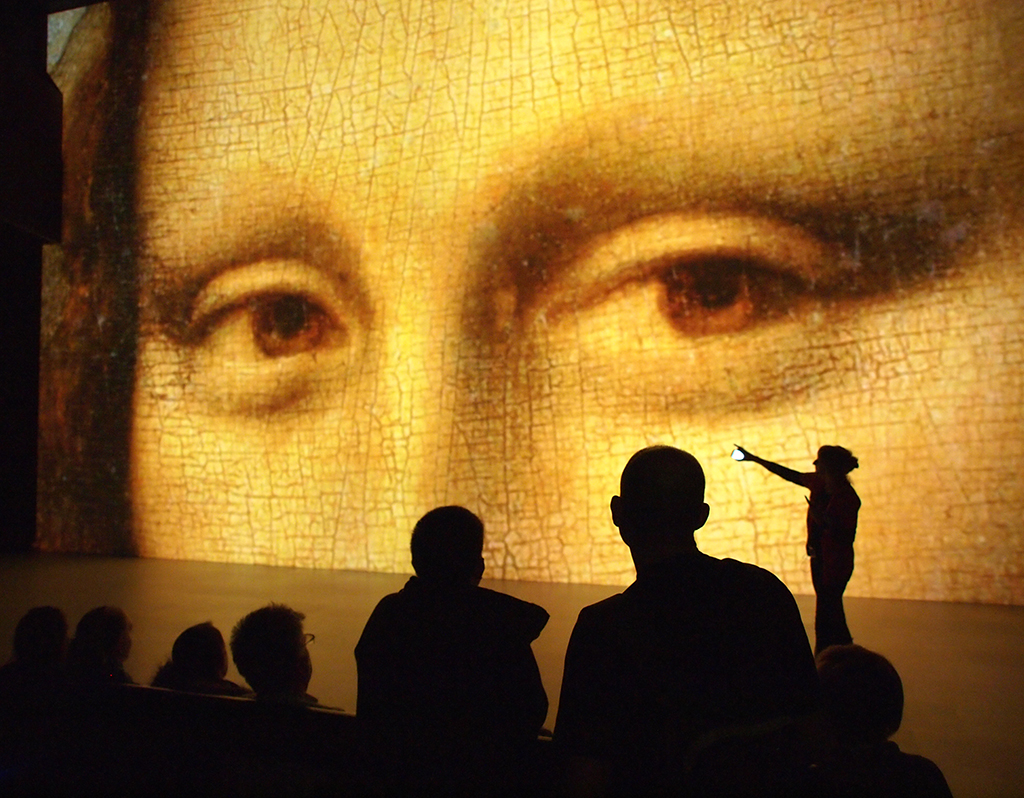 One night – one ticket. During the Long Night of the Museums, Austria’s largest cultural event, this year thousands of revelers were on the go again. 1,748 of them visited on Saturday, October 6, 2012, between 6 PM and 1 AM the Ars Electronica Center and made the Museum of the Future once again become the most visited museum in Upper Austria.

Inside the Deep Space multiple windows to the world were opened in cooperation with the ORF Landesstudio Salzburg. Representatives of museums and scientific institutions from Japan, Mexico, USA and other places talked live about their work and gave insights into their activities. Meanwhile, the Deep Space showed itself from its most beautiful side. Additionally, the visitors had the possibility to visit all current exhibitions such as “Out of Control – What the Web knows about you”.

Infotrainers explained not only individual devices, but above all they invited to talk and discuss about the importance of the human being within this technological world. Especially the young visitors showed their imagination at the foyer and built solar bugs and glowing Blinkys, that escorted them back home late at night.

The bright facade of the Ars Electronica Center attracted 1.748 eager revelers during the Long Night of the Museums. 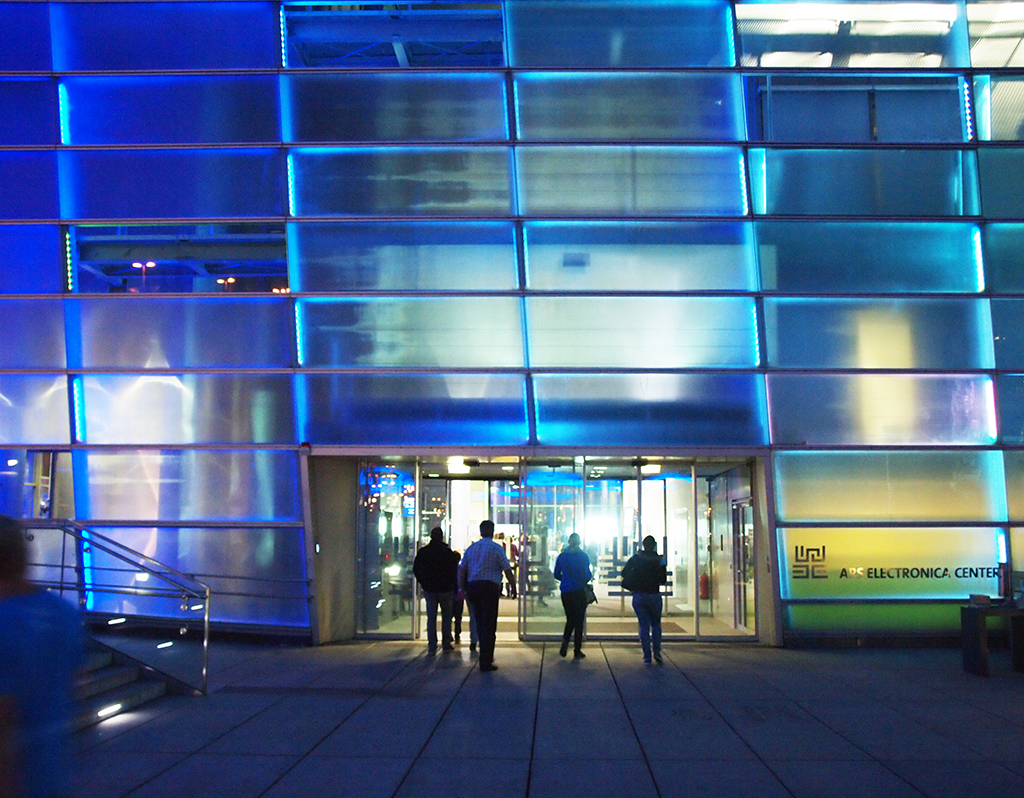 People interested in culture had the possibility to get as close as never to the Mona Lisa in this lecture inside the Deep Space – not even in the Louvre in Paris it is possible to look her deeply in the eyes in this way.

Visitors of the Main Gallery were able to get a very different picture. In the exhibition “New views of humankind” our views and ways of thinking and we as human beings are the focus. 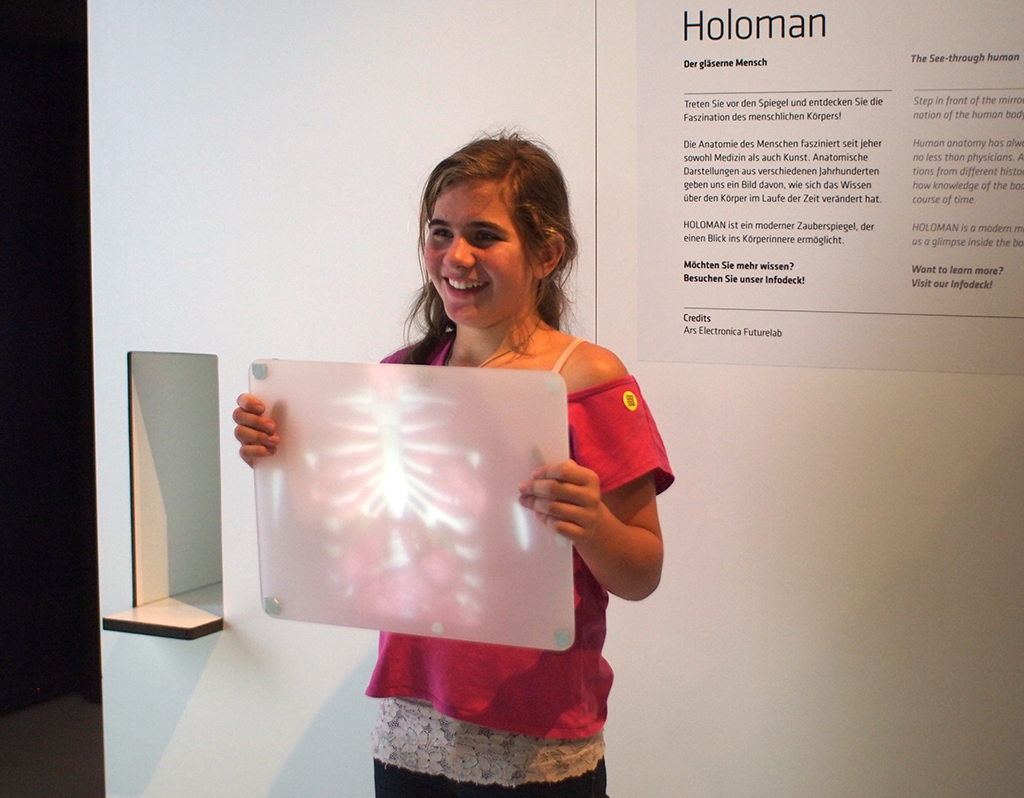 Inside the Deep Space, there was a small introduction to the workings of the “Large Hadron Collider” (LHC) at the research center CERN in Geneva. 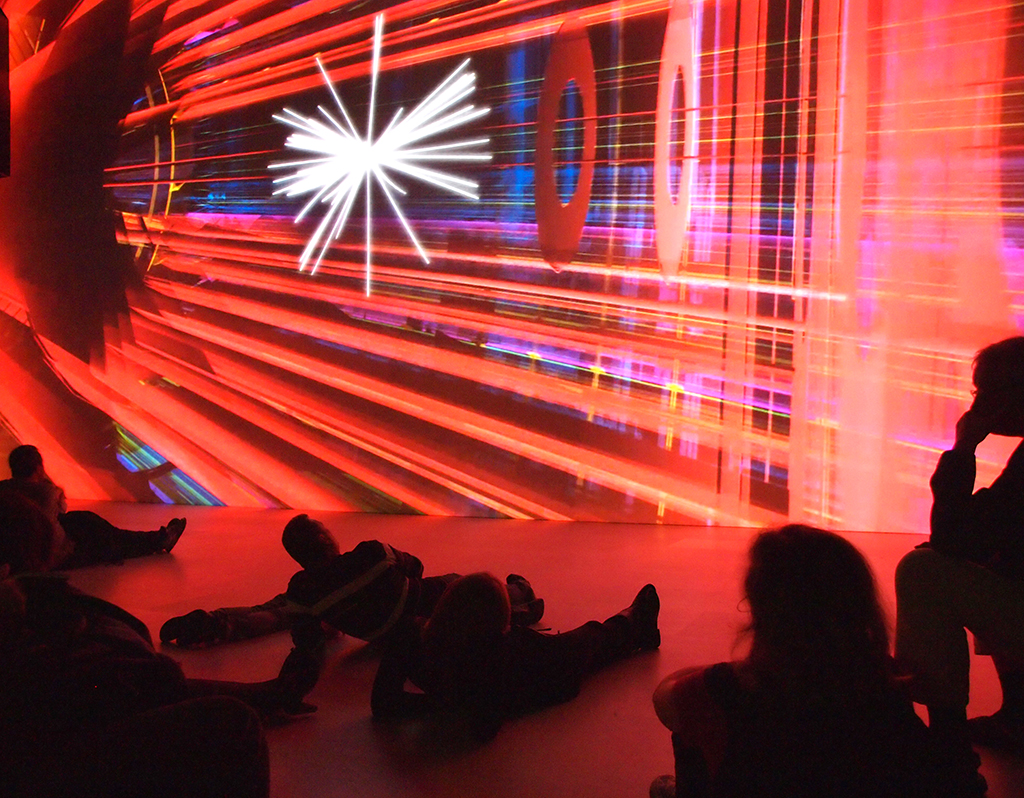 Each half hour presentations took place in the Deep Space – in the foyer, visitors were waiting for the next performance. 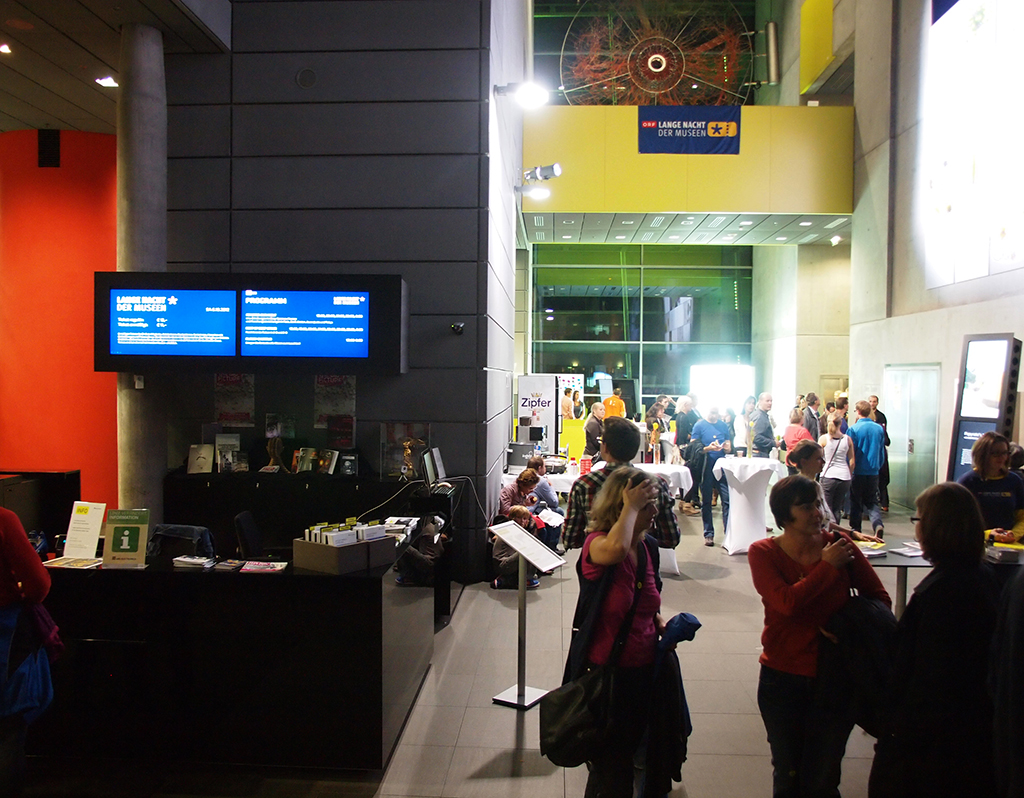 At the password-hacker of the exhibition “Out of Control – What the Web knows about you” visitors tested the security of their passwords. Night into day made the Linz-Panorama of the exhibition “Out of Control” – the visitors were able to explore the city of Linz to the smallest detail. 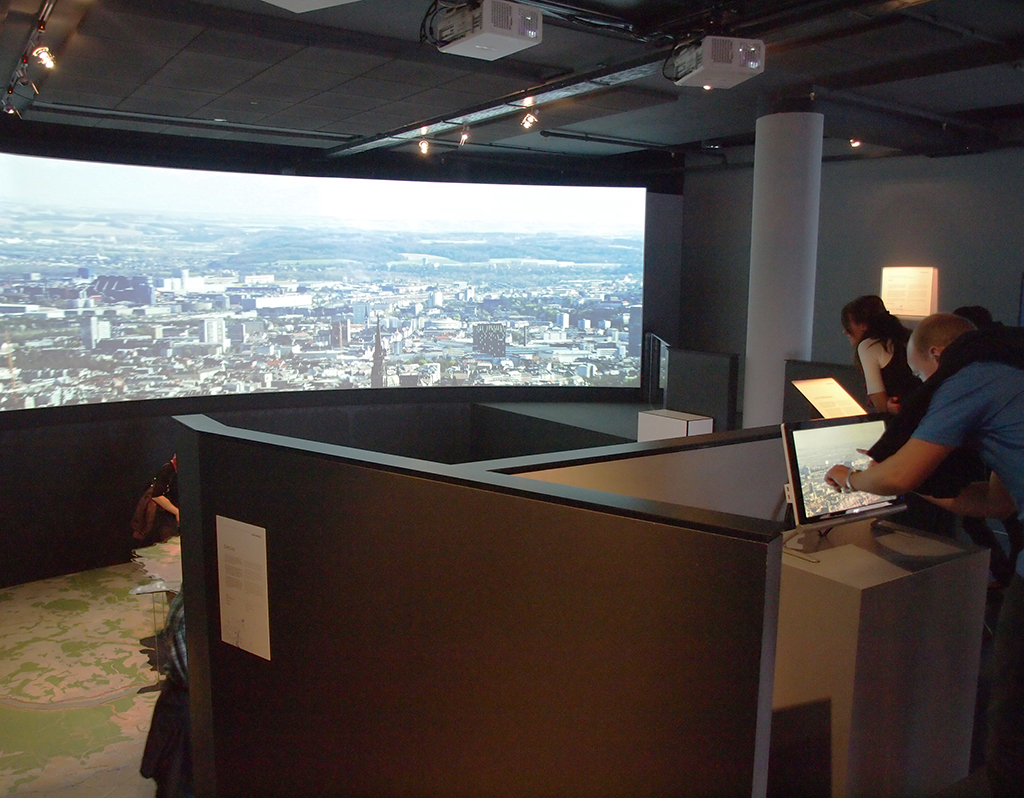 Music was composed in the SoundLab – such as with Freqtic drums, an instrument that produces sounds when it gets touched. 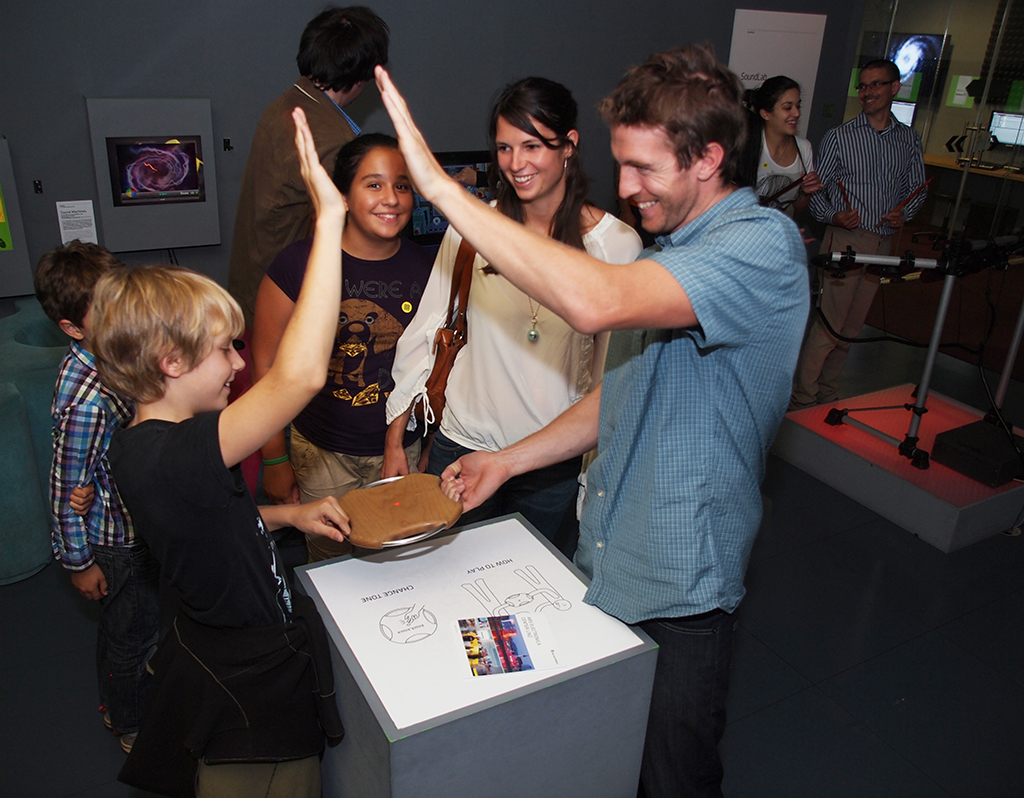 Several live feeds from Deep Space to various museums and knowledge centers in the world were shown in cooperation with the ORF Landesstudio Salzburg. For example, Dietmar Offenhuber from the MIT in Boston talked about his work in the center of technological research. 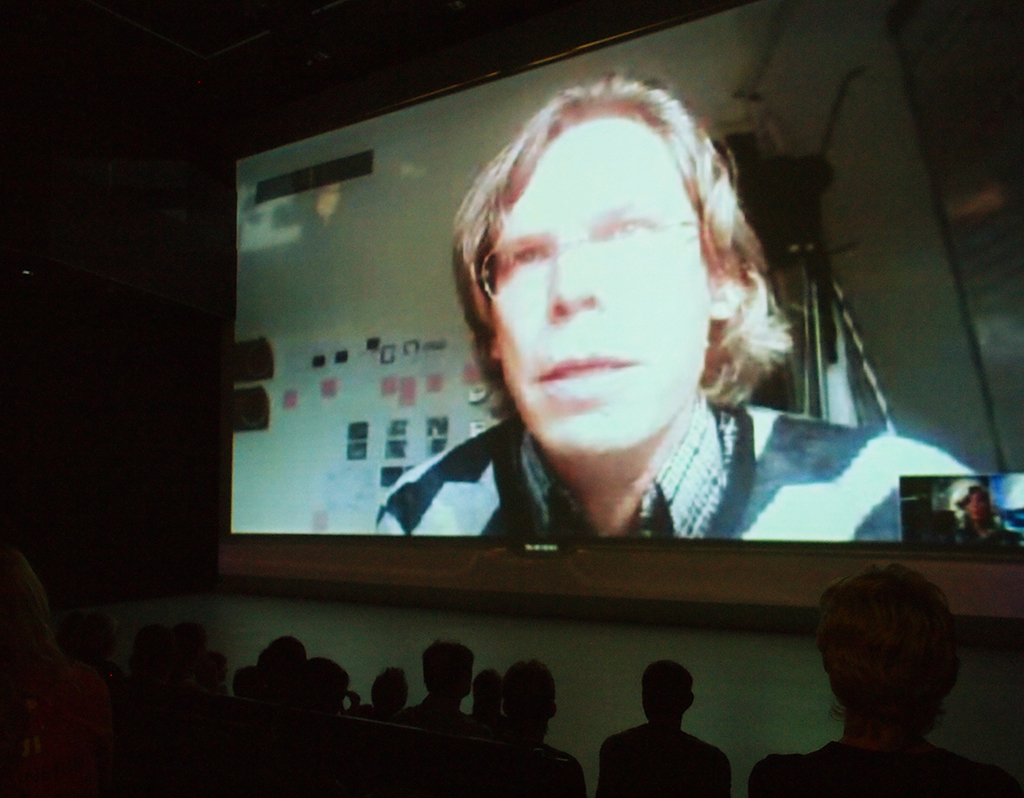 Solar bugs and Blinkys could be tinkered in the foyer of the Ars Electronica Center, where many children had their obvious pleasure. 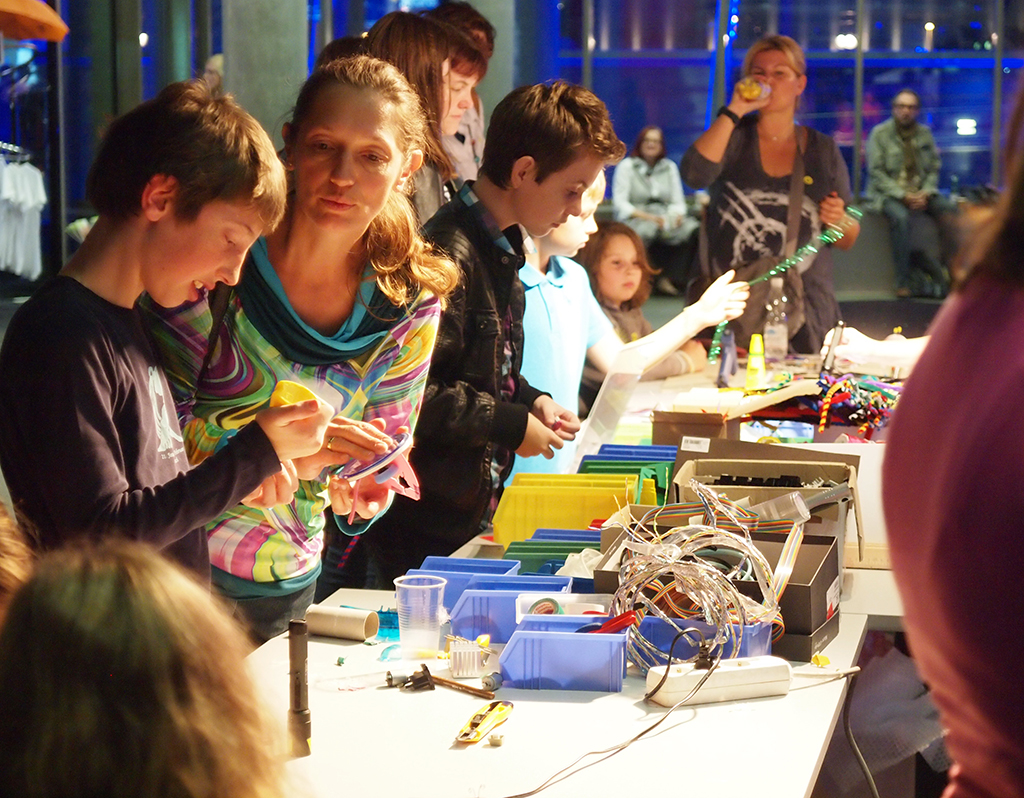 Thanks to “Rope in Space” Linz and Salzburg were connected with a rope this evening – visitors of the ORF Landesstudio Salzburg competed against the visitors at the Ars Electronica Center. 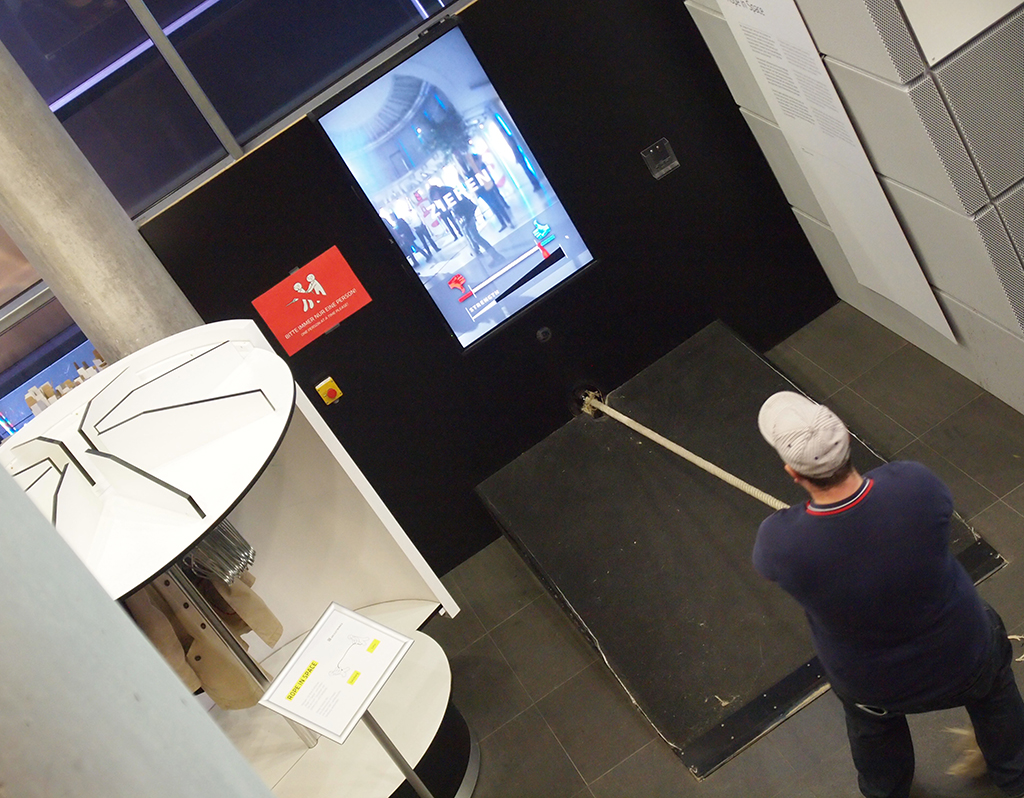 In ABC Showcase, many illuminated letters of the past Klangwolke were admired – experimenting with letters was are major issue here. 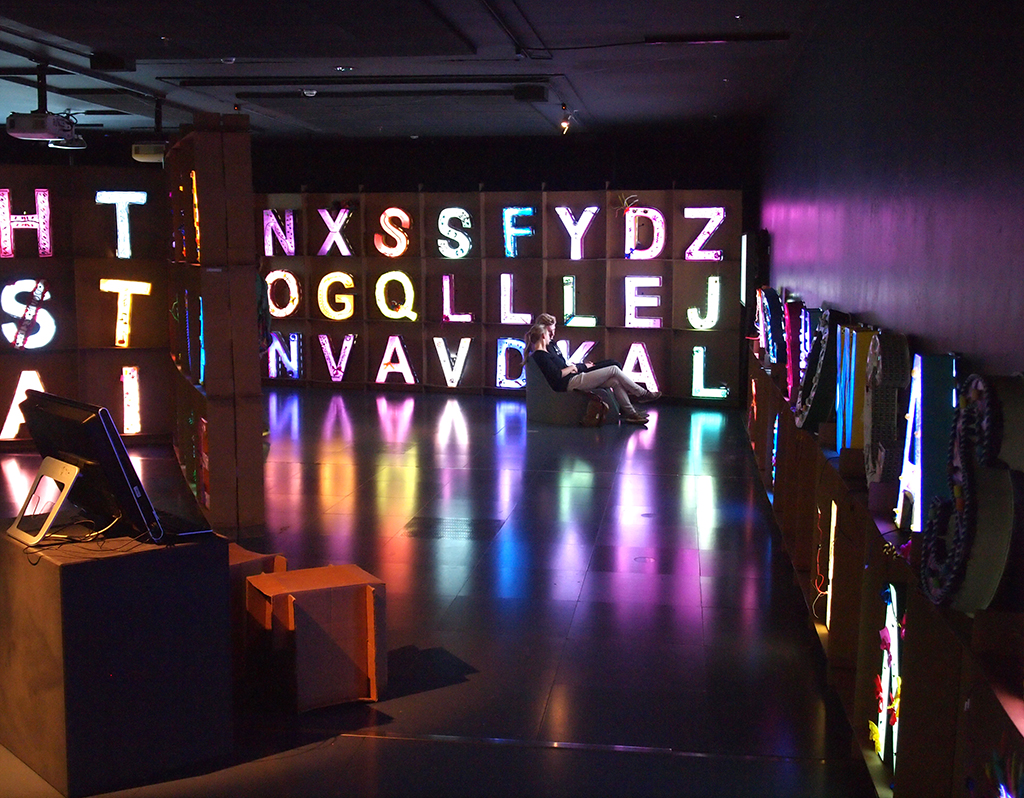 At the Shadowgram visitors left their shadows in the Museum of the Future. 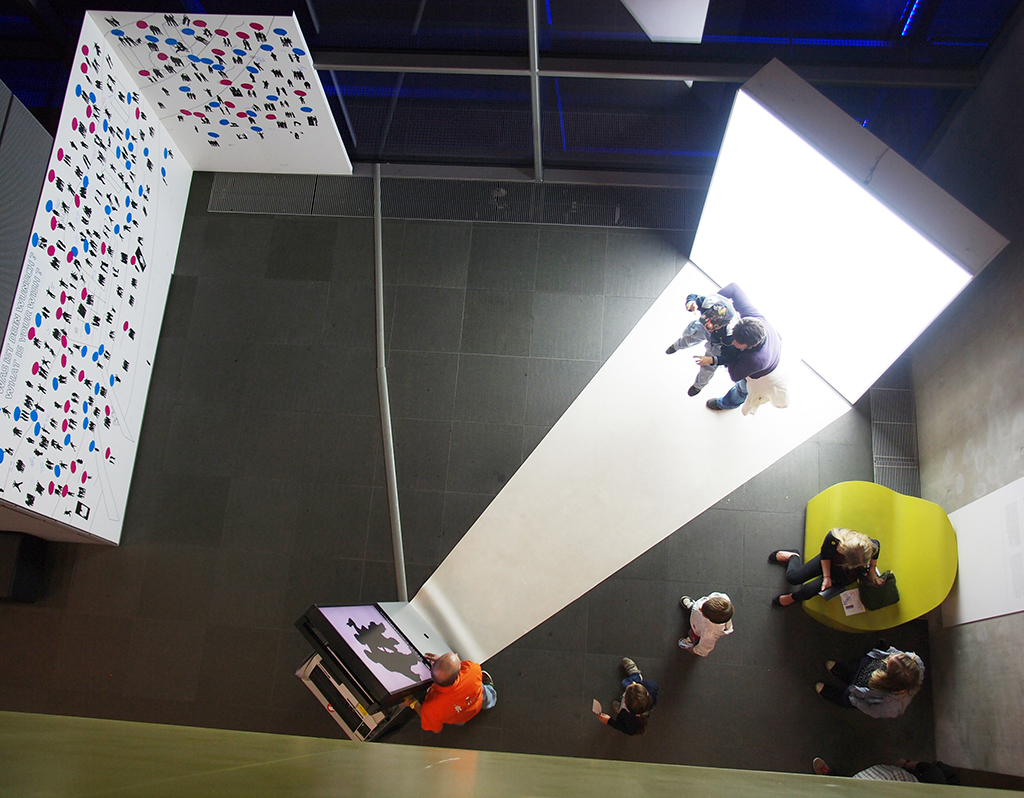 The exhibition “Out of Control – What the Web knows about you” made it possible to look behind the scenes of social networks like Facebook and to think about their own online privacy. 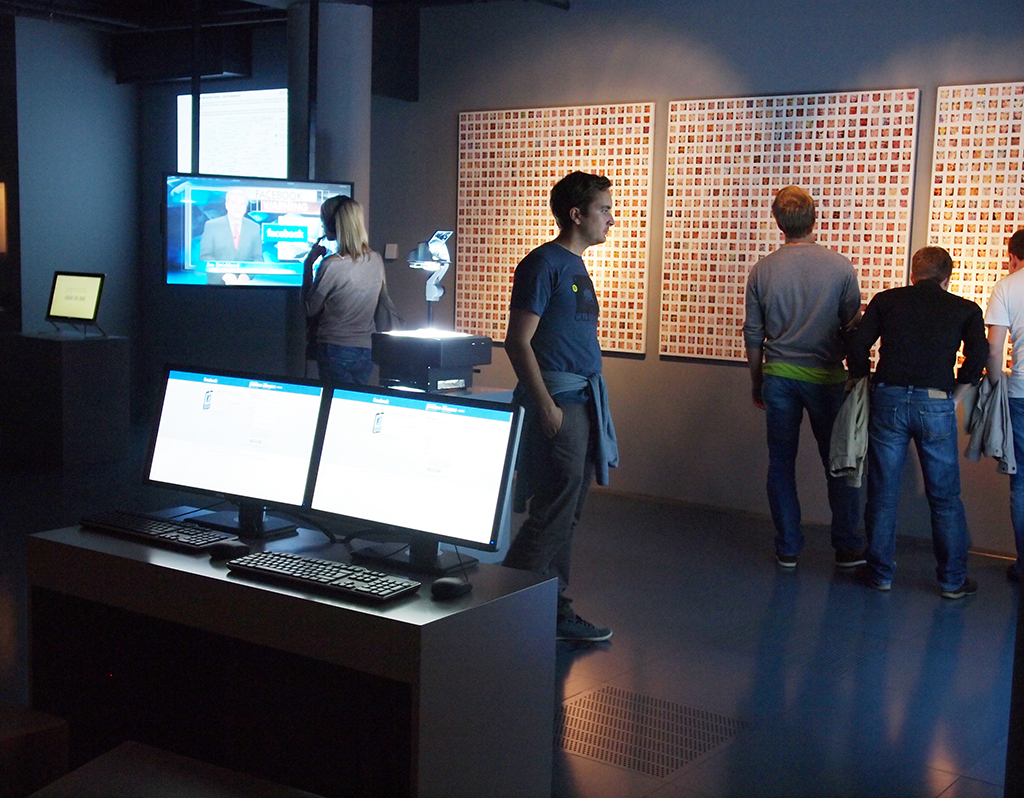 Inside the RoboLab the visitors became familiar with the telecommunications robot Telenoid. 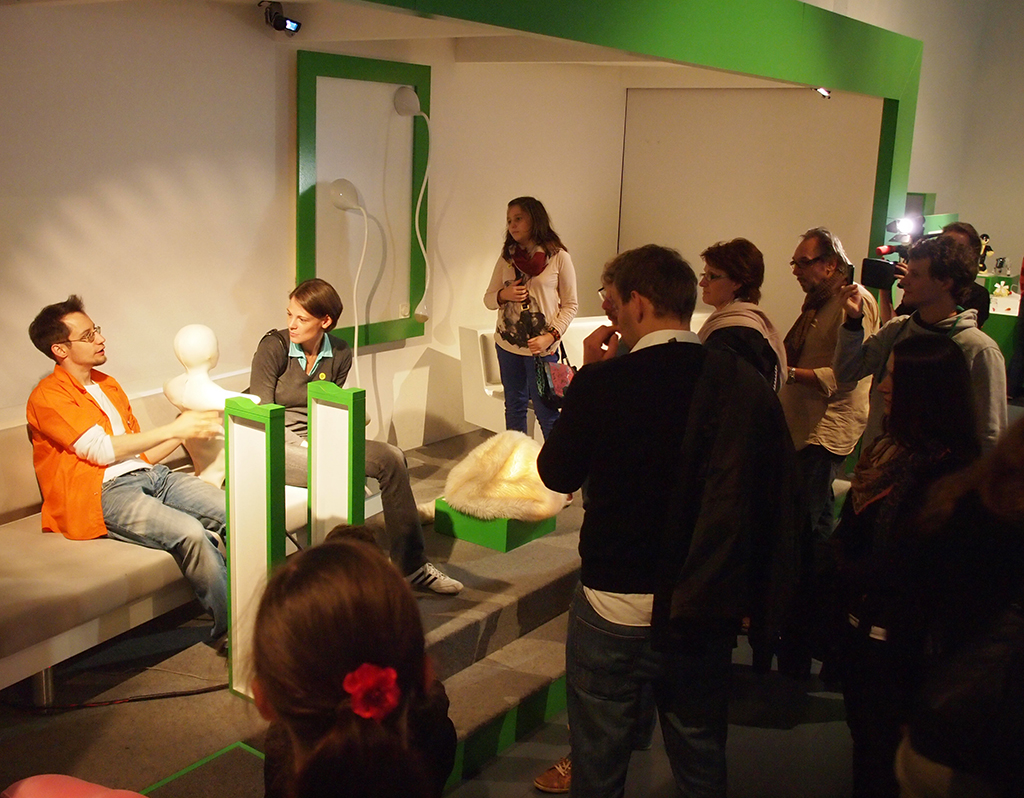 The robot seal Paro got much affection during this night. At the end of the long night, many solar bugs were built and had to wait only a few hours for the first sunrays. At 11 PM the live entry from Linz was on its turn. Andreas Bauer, museum director of the Ars Electronica Center, reported directly from the exhibition “Out of Control”. 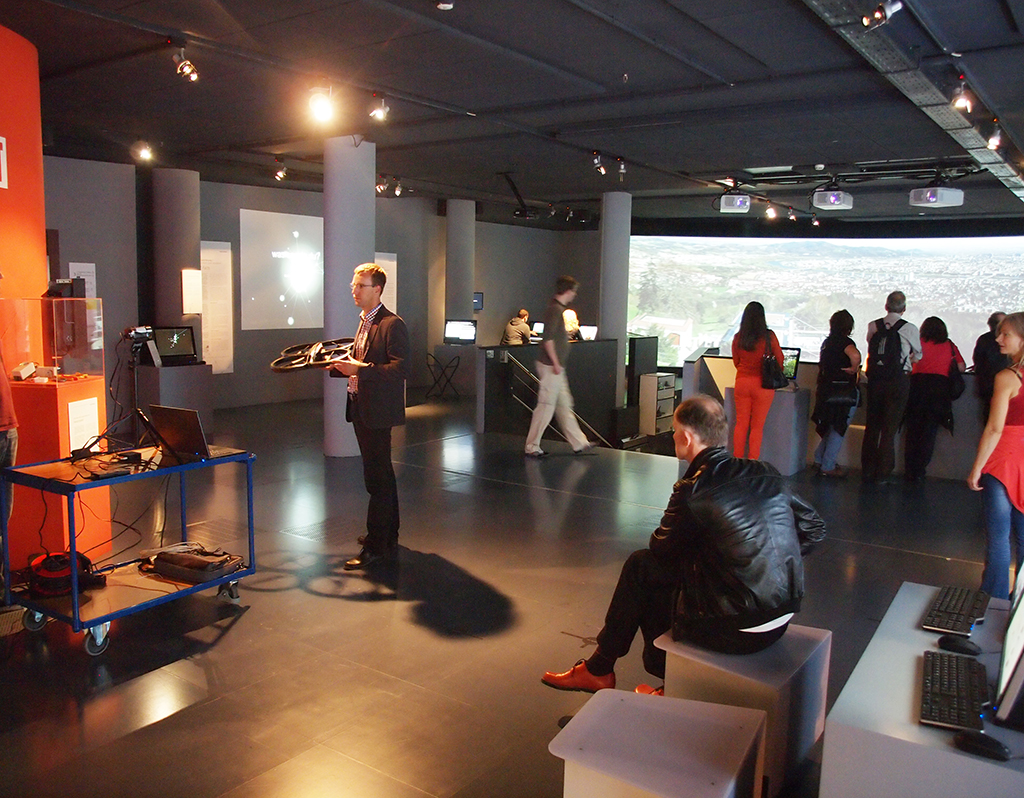 1 AM. The “Long Night” found its end very quickly.