On September 7th 2013, the voestalpine Klangwolke 2013 – Bruckner lives! is going to take off, and the Ars Electronica will be part of it, with an app. 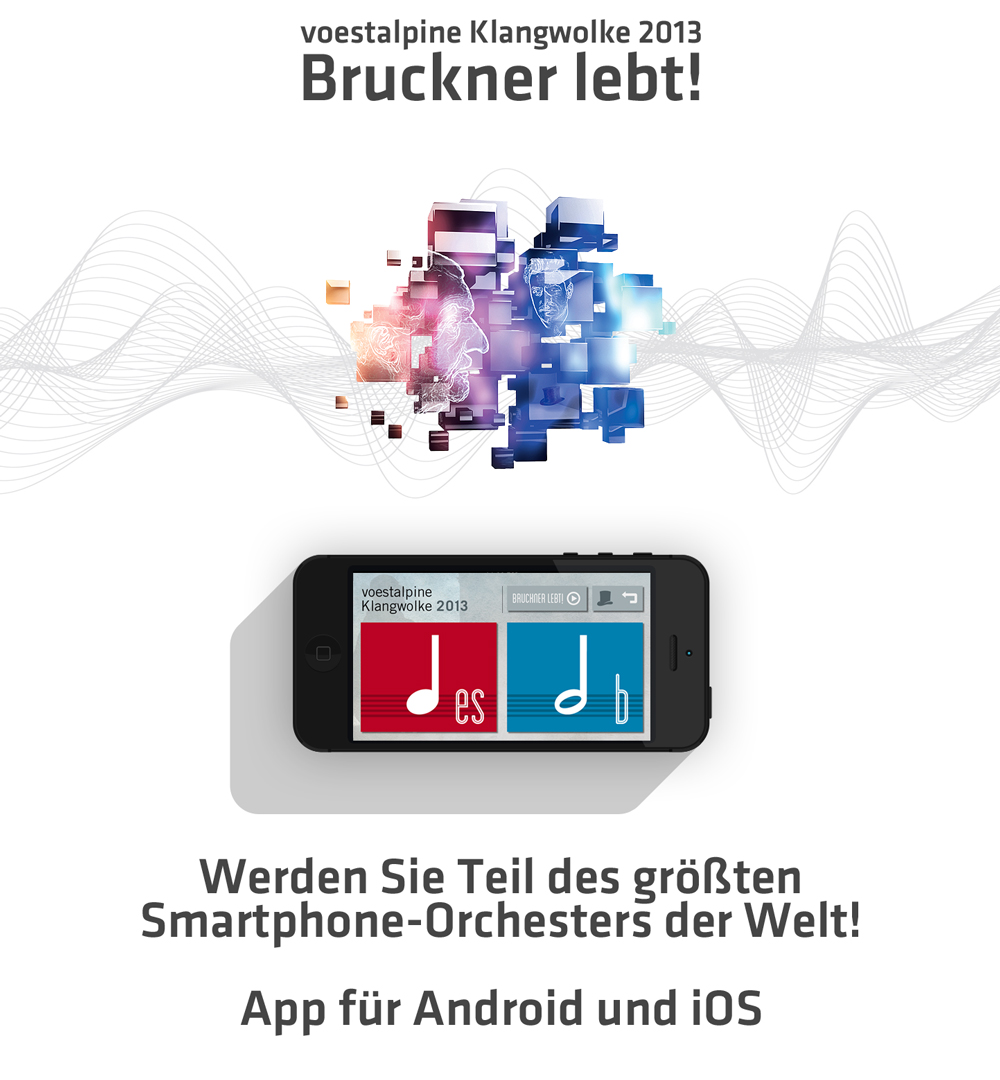 Bruckner’s 4th symphony is consired as a very special piece in his canon, this is why it’s going to be part of the voestalpine Klangwolke 2013. The opening tones will not only be played by the orchestra, but instead everyone in the crowd with an Android or iOS – device will become part of the biggest smartphone-orchestra in the world. The conductor will lead the audience, playing the 2 notes.

What can you do until then? Download the app and practice. It’s only 2 notes, but they are not as easy to play as it seems.

App for iPhone and iPad
App for Android