The Artist-in-Residence is Yen Tzu Chang 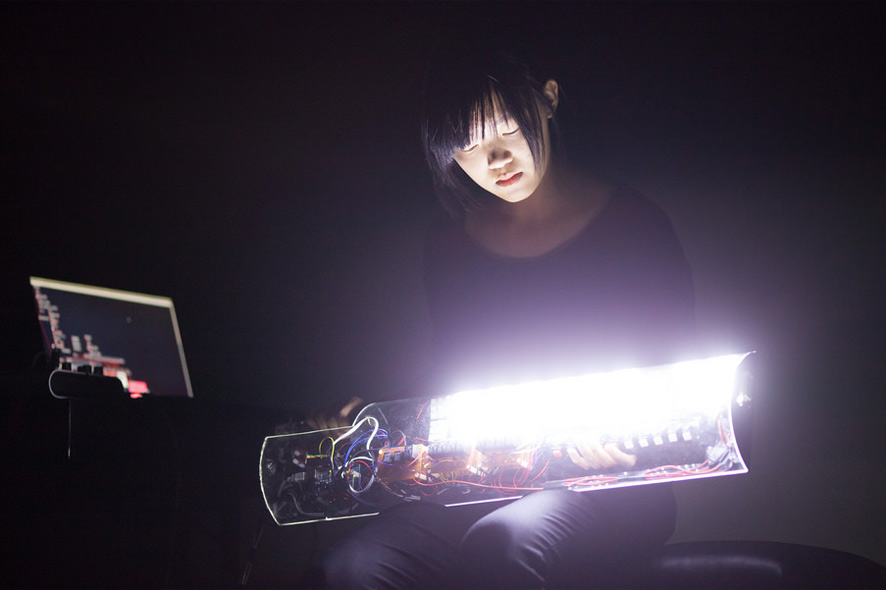 Yen Tzu Chang has also agreed together with the scientists to lead workshops for pupils in the 7th to 9th grades in Bremen and Linz in cooperation with the International Fraunhofer Talent School Bremen beginning on March 28, 2017. Following her residency, the outcome of this encounter of art and science in the field of medical imaging will be featured at the Ars Electronica Festival in Linz September 7-11, 2017. Read more in this interview with the artist whose previous works have included experimental sound performances and who specializes in creating customized electronic instruments.

Right at the beginning of this interview: What’s your personal perspective on science as an artist?

Yen Tzu Chang: Science is an approach to systematically analyze and organize knowledge, in the other word, it is one of way and view to discover and think about the world. According to the different research fields, science is divided into several categories such as computer science, medical science, astronomy, Mathematics and so on.

As an artist, my art approach is strongly connected to science. Because art not only is a way to express personal aesthetic, but also can bring out critical thought, explore the issue, and use science as tool in different proposals. For instance, I have developed my own musical pattern/program on Pure Data, which then connected to a controller as an instrument. During the building process, I kept working on the improvement of the algorithms, selecting suitable materials, and the interface design of the instrument using the scientific method. 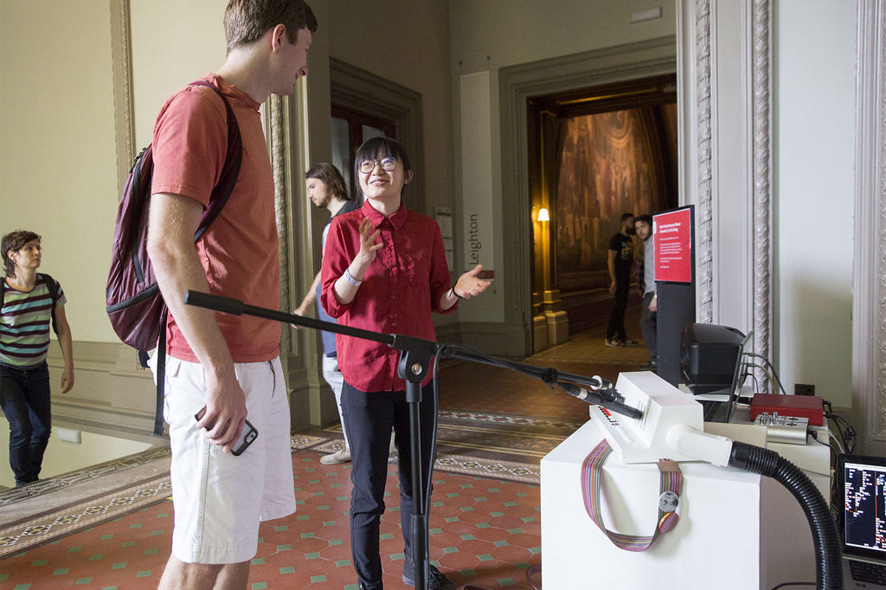 Therefore, art and science become a cycle system in my artwork, and they are mutually beneficial. In the early stage of developing a project, I use the scientific method to sort up the ideas. When I build an artwork, I use results of science such as programs and CNC machine and so on. Meanwhile, I might have some feedback already. After an artwork is built, it can bring out even more feedback. The cycle of art and science is generated during this kind of process.

In the media art history, we also can see the cycle from Experiments in Art and Technology (E.A.T.), was launched by the engineers Billy Klüver and Fred Waldhauer and the artists Robert Rauschenberg and Robert Whitman in the 1960s. E.A.T. was the avant-garde of interdisciplinary cooperation. With their proactive thinking of combinations of art and technologies, they deeply influenced both sides of artists and engineers. The artists began to understand and learn cutting-edge technologies, while the engineers did not just provide materials and consulting, but also began to think differently. Since then more and more programs, circuits, and technology materials are built for art application purposely. Moreover, many art institutions began to present different interdisciplinary artworks and cooperate with different fields of institutions to explore more possibilities positively.

“I think that science and art continuously affect each other. It is getting more and more interesting and I am looking forward what is next in the future.”

With your project “Whose scalpel” you want to present the relationship between surgeons and medical machines. Please tell us more about this relationship and your performance!

Yen Tzu Chang: “Whose scalpel” is a sound performance which combines several materials like sound, visual and installation to present issues of the relationship between surgeons and medical machines. The idea to make a concert is inspired from the YouTube channel of Fraunhofer MEVIS – “Auditory guidance prototype for navigated liver surgery“. In the video, the scientists make a prototype and sound example that if the scalpel deviates from the correct cutting path, the device will make a different sound to notice the surgeon.

The story concept of the performance is based on the question and the hypothesis that in the near future a surgeon works with the machine which can provide the medical diagnosis and control parts of an operation. The patient (the organ) who (Which) is operated symbolizes human’s conscious and faith. The whole operating process, or the performance, is a struggle between humanity and technology. From the relationship between surgeons and the medical machine conduct a question – “What is the core value of human?” This is a ultimate question which I want to bring out from “Whose scalpel” since we have begun to attempt to use machine learning in many fields.

The performance will be an open-ended story to leave more room for the imagination, which can make people start to think about it because this will happen not too far in the future. Maybe instead of opposing or relying too much on the technology and losing core human values, it is more important to think how should we learn and work with machines.

You will also conduct school workshops in Bremen and Linz. What do you expect from this collaboration?

Yen Tzu Chang: As a creator who has an art background, it will be my pleasure to learn and work with scientists and conduct workshops for pupils. I actually expect two sides of this collaboration:

One is the working process with scientists. I am really glad and excited to have an opportunity to collaborate with Sabrina Haase, the scientist who will enhance workshop with me and Fraunhofer MEVIS team. Everyone has own expert and a position in the workshop, but one of the most important thing is that we need to link up each skills by understanding each other and a lot communication. We use skype calls to discuss the workshop and a web page to develop and document our idea. Furthermore, during the residency in Fraunhofer MEVIS, we will come up with more ideas and details.

The other one is the reaction and feedback from pupils. It is a new experience for me to bring out the workshop ideas which is combined art and medical technology. By observing reaction of pupils and discussing with them, we will learn which part we can improve and revise. I am also curious about how pupils will think about this interdisciplinary combination. I deeply hope our workshop let them keep this idea in their mind and evolve more possibilities in the future.

Both of them are practical experiences which I could not have them only by myself or search on the Internet. I believe this collaboration will be a precious experience for me.

The STEAM Imaging project was originally developed during 2016 in collaboration with SPACE (London). 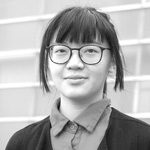 Yen Tzu Chang is a Taiwanese media artist who lives and studies in Linz, Austria since 2014. She has a bachelor’s degree in the new media art department in the Taipei National University of Art. Since 2011, she has been working in various fields, including interdisciplinary art and experimental performances based on sound installation. Her early works were audio-visual and installation mixed with video art. “One kind of language…” was like a science video about an incredible long millipede walking through two screens. During the time, she gradually got interested in making installations, which combine her experience on stages. She began to develop her own electronic instruments. “Time Travel” and “Self-luminous” series are the most successful light installations in her art career.