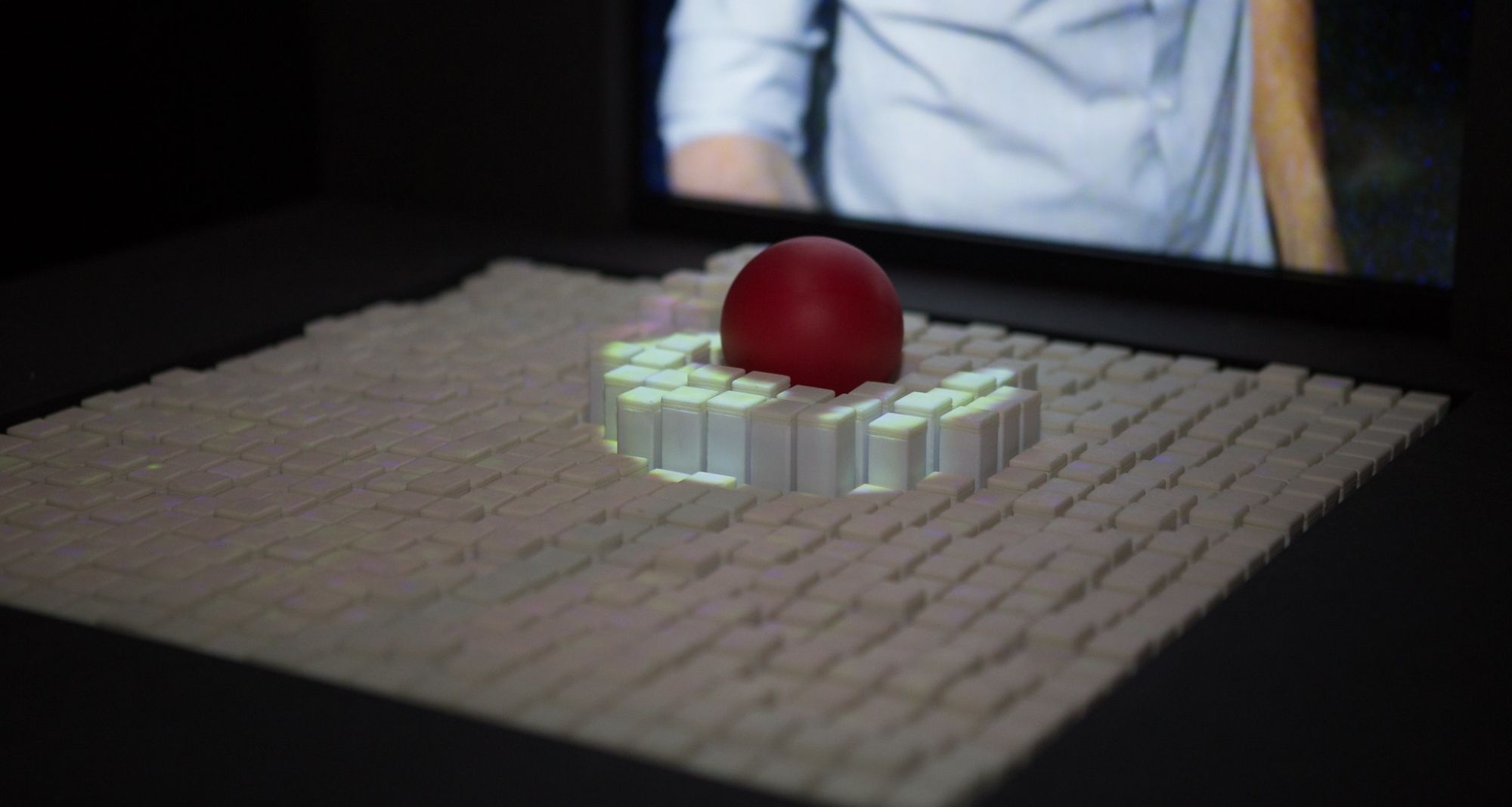 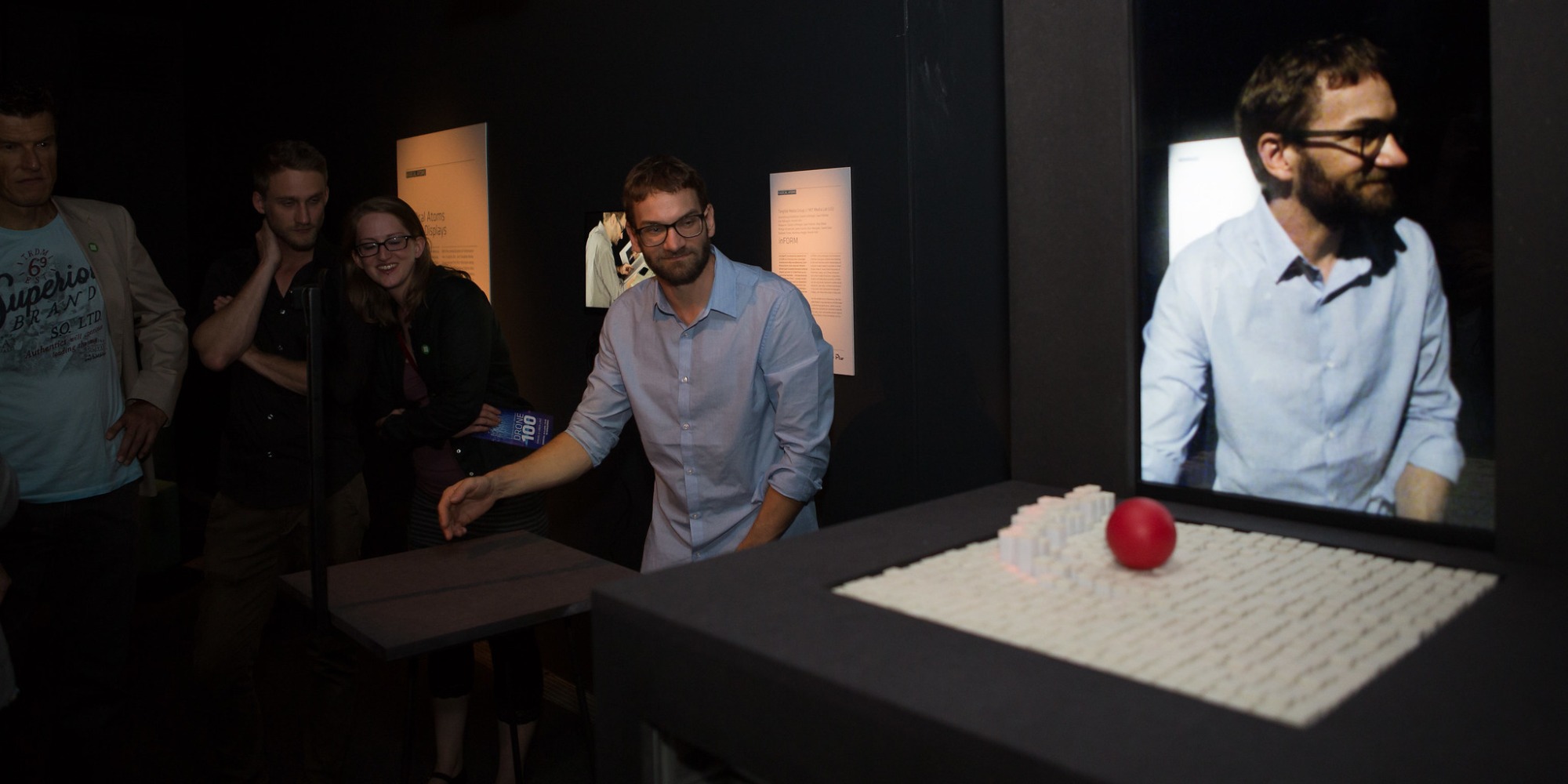 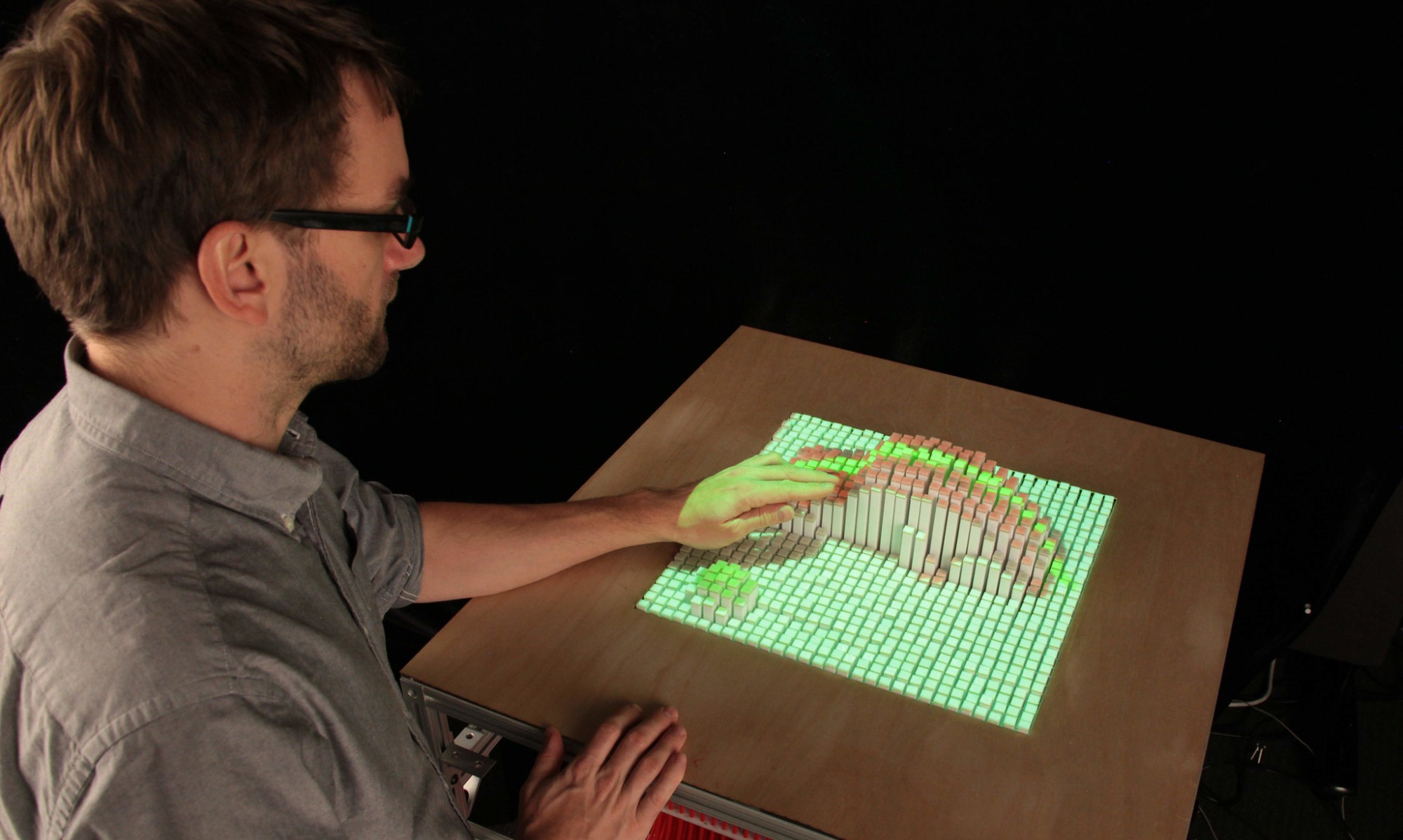 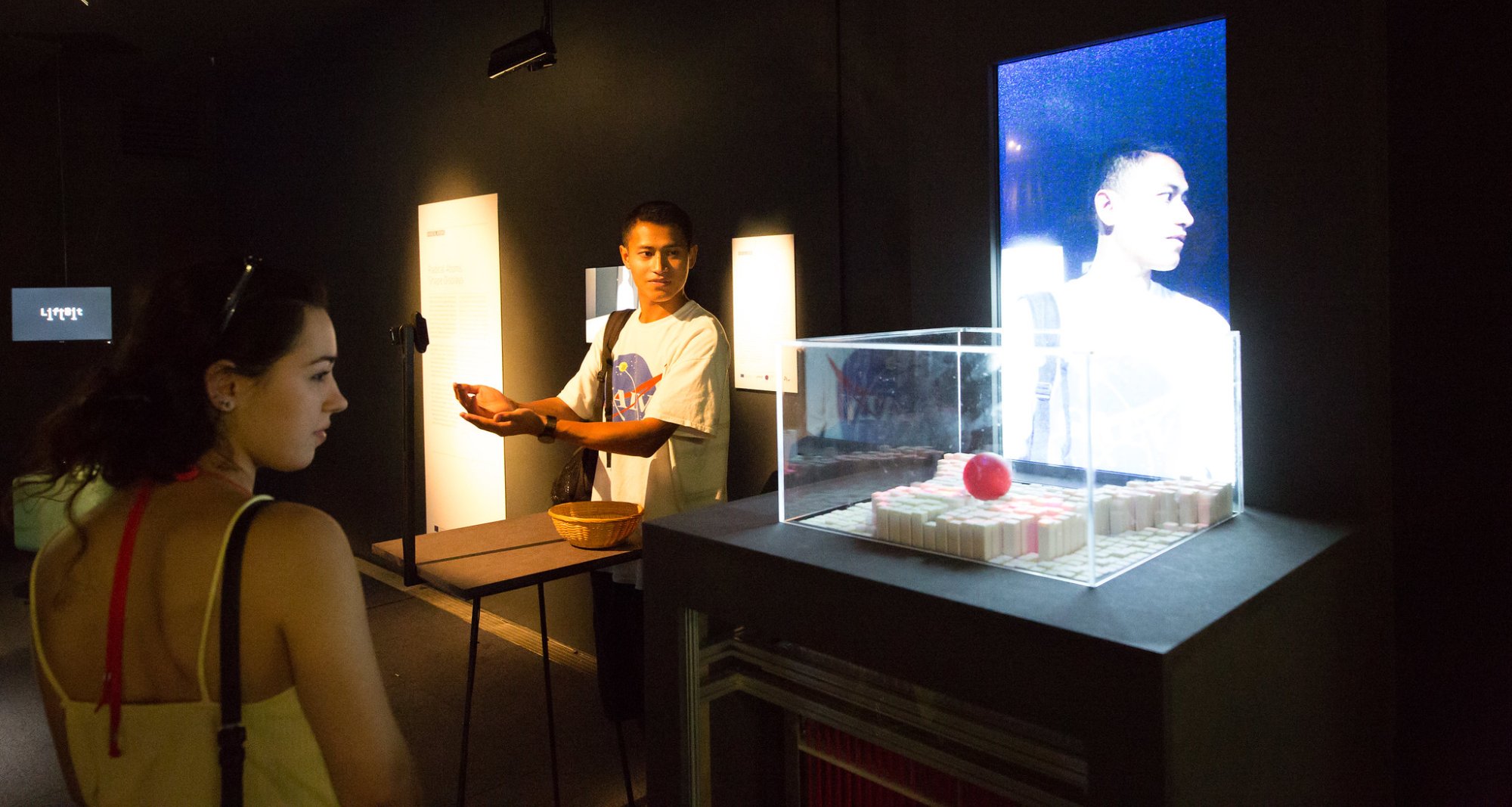 In close cooperation with Professor Hiroshi Ishii of MIT-Medialab, a new exhibition called “RADICAL ATOMS” was created at the Ars Electronica Center in 2016. The “Radical Atoms” stood for a kind of digital meltdown in which information and matter combine: In the process, information is freed from the constraints of the pixel universe, and atoms are brought out of their rigidity and into motion. The result is smart matter that can be remodeled again and again. Scientists and engineers are using it to develop high-tech materials with completely new properties and capabilities. Neuro- and biotechnologies, robotics, hardware and software play an important role, as do old craft traditions. One hotspot of these groundbreaking developments is the Media Lab at the Massachusetts Institute of Technology (MIT), where Hiroshi Ishii and his Tangible Media Group have been working on such new forms of human-machine interaction for over 20 years. One of these groundbreaking prototypes that emerged was the application inFORM. The term “remote control” takes on a whole new meaning with inFORM as a prototype of a new kind of interface. By manipulating a digital model, objects (even thousands of kilometers away) can be moved on a 3-D surface made of dynamic components – motor-controlled physical pixels. inFORM, however, is also suitable for the physical representation of mathematical equations, geodata, architectural designs, X-ray and CT images and numerous other data sets. For Ars Electronica, the Tangible Media Group chose an inFORM application for video conferencing. inFORM enabled interaction with objects via the dynamic 3-D user interface without visitors touching the interface. The gestures of the users were recorded and rendered with a Microsoft Kinect. In this way, it was possible to interact with distant objects without being in their immediate vicinity.