Gigapixel images from the Vatican: when beauty leads to faith 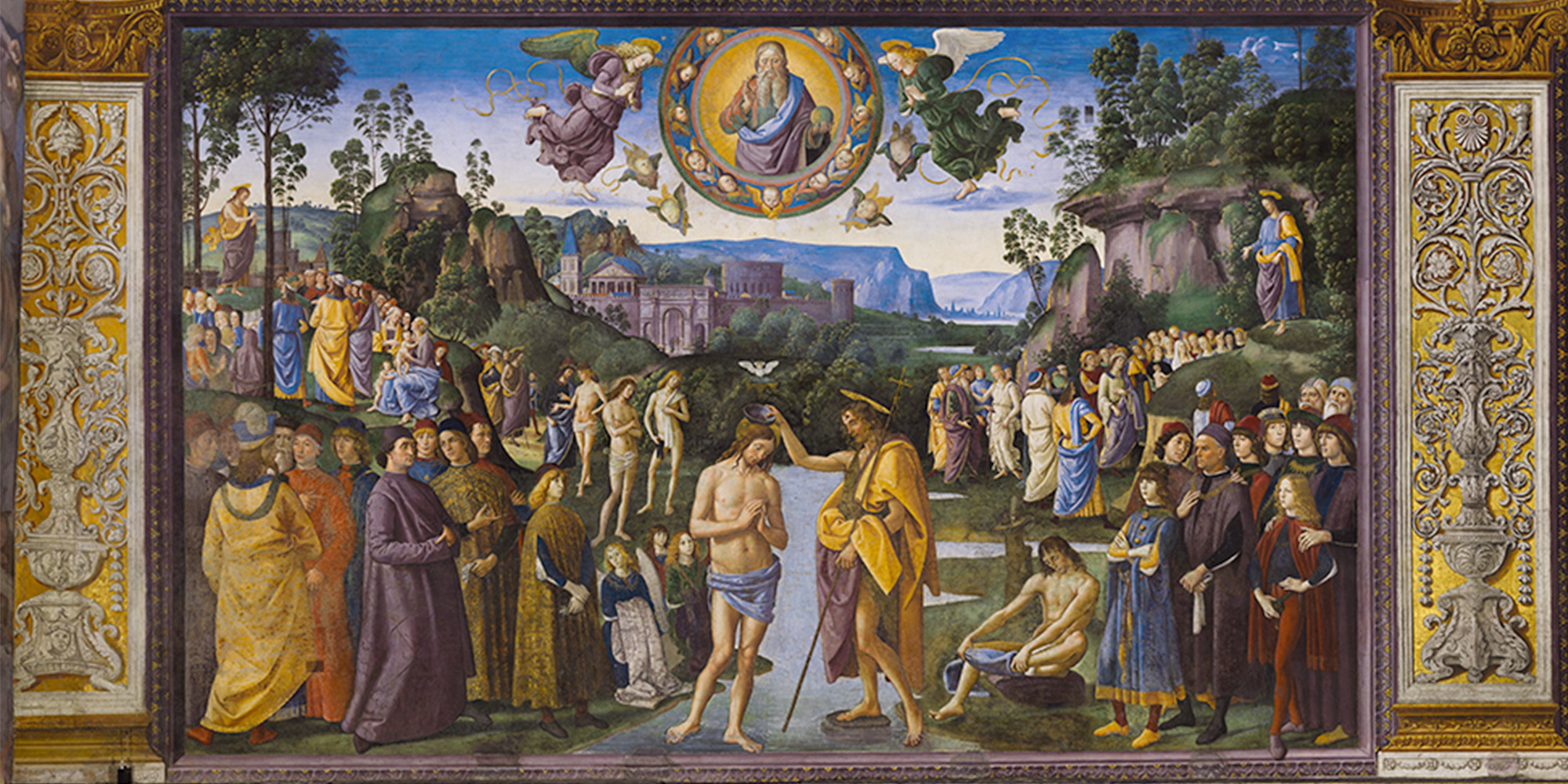 For the first time, the Vatican Museums are guests at the Ars Electronica Center with a special cultural heritage series in Deep Space 8K. In cooperation with the Vatican Museums and the Austrian Embassy to the Papal See in Rome, gigapixel images of two outstanding works of art by the great master Pietro Perugino from the Sistine Chapel – the main chapel in the Papal Palace – are being presented in Deep Space 8K at the Ars Electronica Center in Linz.

The paintings are frescoes from the cycle with stories from the life of Christ in the central part of the right wall of the chapel, completed by a group of famous Umbrian and Tuscan artists commissioned by Pope Sixtus IV in 1482. The Baptism of Christ is the first mural in the series and was signed by the artist. The title on the upper margin explicitly reads “The institution of the new renewal by Christ through baptism”.

In the foreground, Jesus and John the Baptist stand side by side. In the center above Jesus, who is receiving baptism, hover the Holy Spirit in the form of a dove above his head and God the Father in majesty, surrounded by angels. Christ’s Charge to Saint Peter is the first image that catches the eye of anyone entering the Sistine Chapel from the Vatican’s Apostolic Palace. In the center of the fresco, two monumental figures face each other. One is Christ entrusting Peter with the keys of the kingdom, the other is Peter receiving them on his knees. In the background, on the same vertical line as the outstretched arm of Peter receiving the keys, stands the Temple of Jerusalem in the form of a magnificent octagonal dome. Everything about these two scenes is characterized by harmony, solemnity and elegance, and indeed, together with the other wall frescoes by fifteenth-century artists depicting the other Christological stories and the parallel narratives from the life of Moses on the opposite left wall of the chapel, they are wonderful examples of Italian Renaissance art.

When reading these frescoes, however, we must remember that their primary source of inspiration and content is the Bible, and that they are primarily intended to tell the story of salvation as described in the Old and New Testaments. This was definitely the first goal of Pope Sixtus IV and the painters he commissioned to decorate the chapel of his palace, a sacred place dedicated to the Eucharistic worship that the Pope himself was to celebrate as the successor of Peter and the Vicar of Christ. These masterpieces were proposed for this presentation by the director of the Vatican Museums, Barbara Jatta, because they are the most significant and easy to understand in terms of the theological message conveyed by the artists’ 15th century frescoes.

In part, they have also been chosen as an introduction to the extraordinary work of Pietro Perugino in light of the upcoming 500th anniversary of his death in 2023. Thanks to the use of high-resolution digital images from the Vatican Museums, sourced from gigapixel photographic technology, this immersive presentation offers a privileged, spectacular view of these timeless frescoes by Perugino, which can be viewed and admired with absolute clarity and accuracy in perfect detail, giving visitors a completely unique experience. They will indeed find themselves in the beauty that leads to faith, in full harmony with the values and priorities that underlie the Vatican Museums’ mission and approach to work. The Director of the Vatican Museums, Dr. Barbara Jatta, will explain these masterpieces in the Deep Space 8K and offer insights into the wonderful work of Pietro Perugino, while Dr. Rosanna Di Pinto, Head of the Images and Rights Department of the Vatican Museums, will comment on the photographic survey that includes the gigapixel images of Perugino’s artworks in the Sistine Chapel.

This Cultural Heritage contribution, which will be streamed, among other things, will be opened by Ms. Doris Schmidauer, Presidential Chancellery of the Vienna Hofburg. For this special opportunity to realize another educational contribution of the World Cultural Heritage for Ars Electronica 2022 in Linz, we would like to express our special thanks to Dr. Honsowitz-Friessnigg, Ambassador of the Holy See Rome (2017-2022) and her entire team in Rome, and thank the team of the Vatican Museums for this cooperation within the framework of the international Ars Electronica Festival.

The presentation will take place on Friday, 9/9 at 3pm in Deep Space 8K, will be presented by Ms. Di Pinto and Ms. Jatta, and has been supported by the Embassy of the Holy See in Rome. 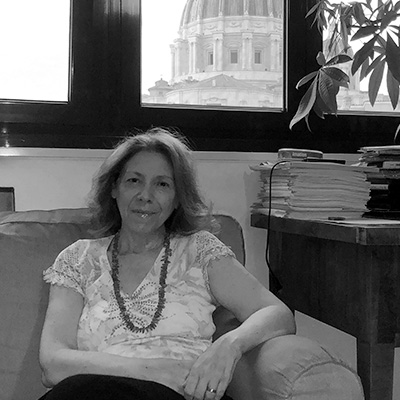 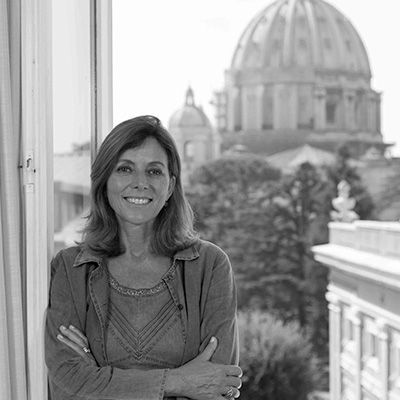 Barbara Jatta was born in Rome on 6 October 1962, has been married to Fabio Midulla since July 1988 and has three children: Marco, Fabiola and Giorgio. She obtained a degree in Letters, with a thesis on the History of drawing, engraving and graphics, in 1986 from the “La Sapienza” University of Rome, and concluded a three-year specialist course in History of Art at the same institution in 1991. She undertook several specialist internships in England, Portugal and the United States. From 1981 to 1996 she collaborated with the National Institute for Graphic Design, working first as a restorer of graphic materials and then on the cataloguing of the Institute’s portfolios of drawings, engravings, woodcuts and lithographs. From the 1990s to the present day, she has taught at various institutions and on specialist courses. From 1994 to 2016, she run the course on the History of techniques and graphic arts at the Faculty of Letters at the “Suor Orsola Benincasa” University of Naples, where since 2014, she has also served as a member of the managing board of the Pagliara Foundation. In 2021, the Minister of the Culture of France has appointed her “Officer of the Order of the Arts and the Letters”. After being appointed on 15 June 2016, as Deputy Director of the Vatican Museums, from 1 January 2017 she was called by Pope Francis to guide the papal collections in the role of Director of the Vatican Museums.