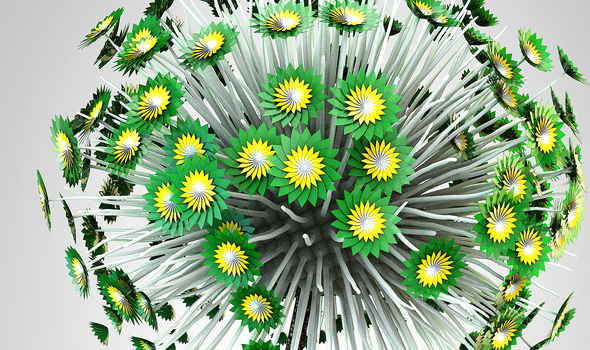 “Fifty Sisters” were created during an artist-inresidence-stint at the Ars Electronica Futurelab. The work consists of 50 one-square-meter prints with plants produced on the computer. The forms of the digitally mutated plants are the logos of the seven large oil companies that, as the “Seven Sisters” cartel, controlled the oil industry until the energy crisis of the 1970s. “Fifty Sisters” thus uses multiple allusions: to the world economy’s dependency on oil, to the all-pervasiveness in everyday life of oil-based products like plastic, to the natural resource petroleum, and to environmental destruction on a massive scale caused by drilling and transporting oil.

Developed in collaboration with the Ars Electronica Future Lab and with support from Monash University. The Australian Artist-in-Residence program at the FutureLab was initiated and produced by Novamedia in partnership with the Australia Council for the Arts and Ars Electronica.