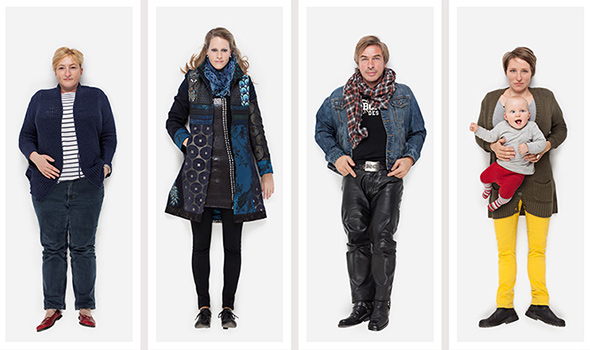 Keeping still, a nearly eternal persistance in a pose with a fixed gaze into some lens. These technical requirements of photography in the 19th Century are past since smartphones are always ready for snapshots and make exposure time factor no longer relevant. Portraits are created in seconds – anytime, anywhere.

With the project “people_scans” the Upper Austrian photographer Kurt Hörbst opens a new perspective: With a high resolution digital camera and a specially designed rail system people are scanned systematically under the same lightning conditions as in the 19th Century. Finally 20 individual images get manually assembled by an image editiy program. The model is compelled to lie motionless for one or two minutes during the uptake process – but this time when lying on the floor.

Kurt Hörbst, Artist in Residence, showed his project already in Venice. In Vienna his portraits were shown under the title “vienna_scans”. A selection of his full body protraits will be exposed from THU March 7, 2013, 8 PM until the end of April 2013 in the Foyer of the Ars Electronica Center.

Read more about the exhibition in an interview with Kurt Hörbst on Ars Electronica Blog.