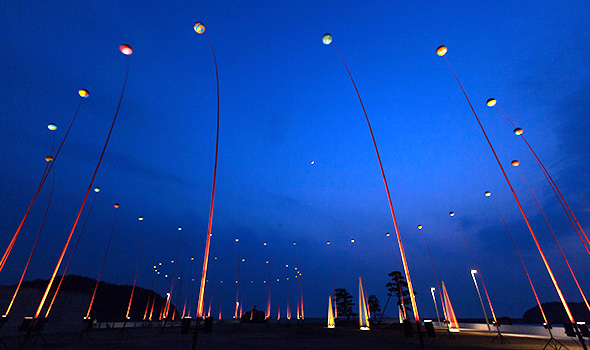 What is cosmic art? How cosmos and art are interconnected? From the ancient heritage to the on-going art project today, this talk will introduce a series of cosmic art pieces, not only on the earth but also in outer space. It may give you a new perspective, how you see the universe.

Yuri Tanaka, received a BA from University of Tsukuba, took a year exchange in University of California, Berkeley during her undergrad, and a MA from the University of Tokyo. Later in Naoshima, explored her curatorial projects both in the museum and in public space. Now a Ph.D. candidate at Tokyo University of the Arts, and an independent curator along with her research on cosmic art. Also, a co-founder and a chief of Cosmic Art Research Committee in the Institute of Environmental Art and Design since 2014.