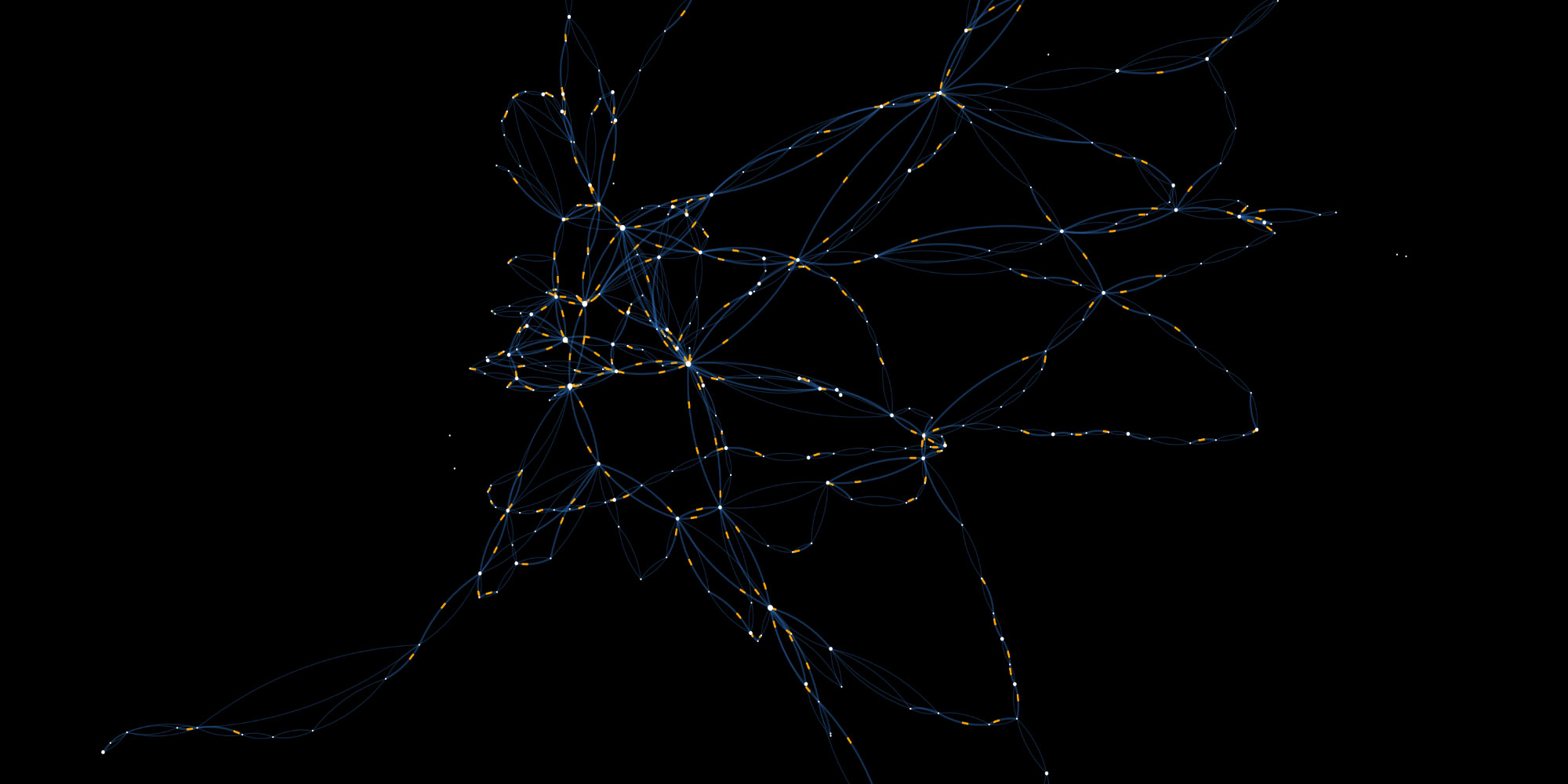 On Time Every Time simulates one of the most high-traffic days on the Dutch railways in 2018. The map is skewed according to how well-connected the train stations are. In this schema, when a train goes from one station to the next, these two stations are momentarily closer to each other in a conceptual sense. And that is exactly what this visualization shows: When a train drives to the next station – and only as long as it is driving – the station it came from moves closer to the station it is going to. The faster the train, the closer it gets to its goal. The more trains are traveling, the more the station they came from moves towards its goal. If no train is leaving from it, this station gradually returns to its original geographic location. The more the geography is distorted in the visualization, the better this area’s infrastructural connections are.

This project is co-funded by the European Commission’s DG CONNECT, in the framework of the Horizon 2020 programme of the European Union under the S+T+ARTS programme’s Regional STARTS Centers.