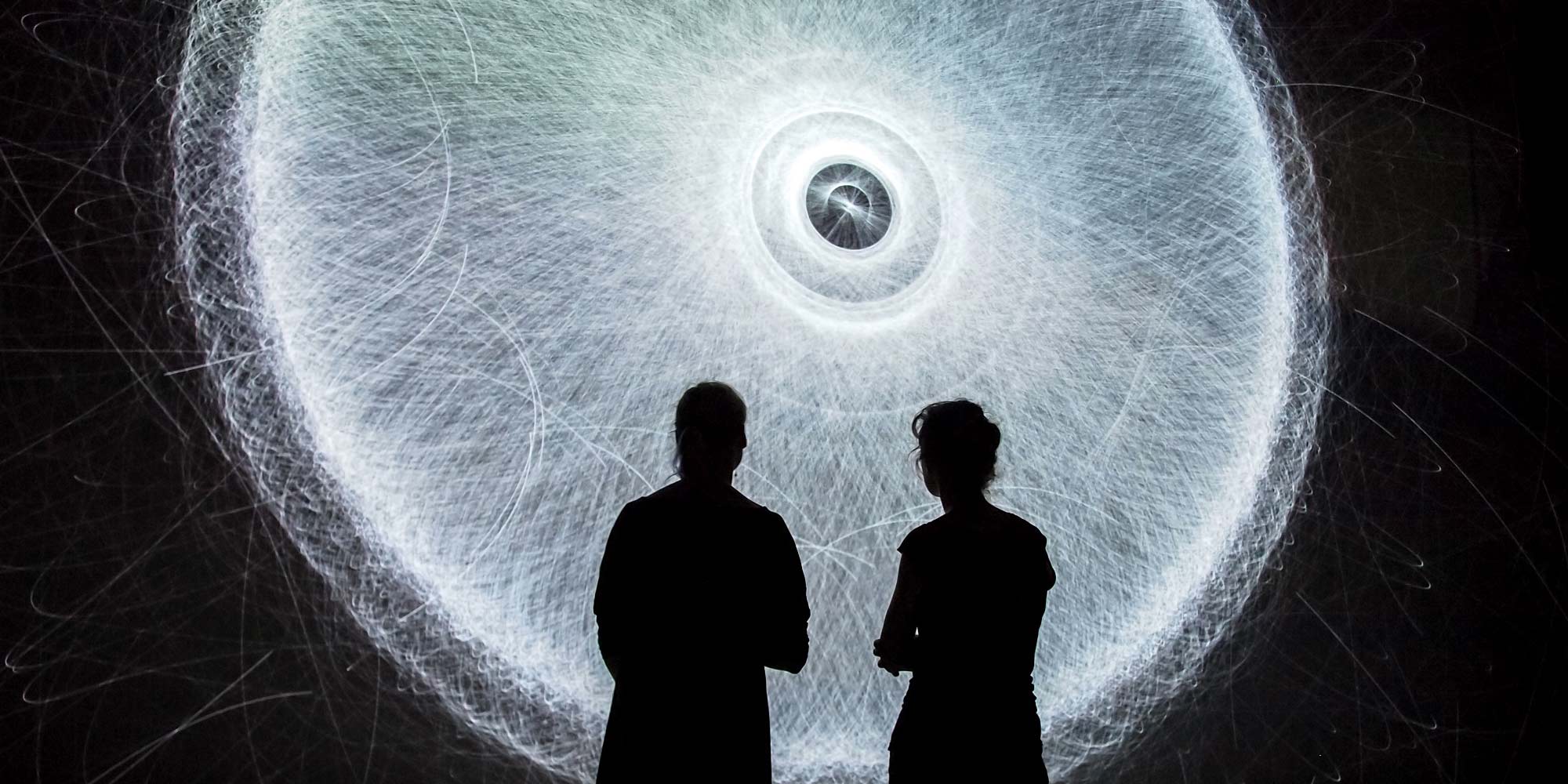 The video work Orbits is based on a live performance of the same name. It shows manmade objects in space and records their trajectories as a kind of poetic dance of satellites and their debris. Seemingly chaotic paths morph into organic-looking patterns – all due to physical laws. Quadrature works with official satellite data – which is incomplete – and supplements it with data from amateur astronomers who observe the night sky. The video, which combines both sources, strikes a balance between artistic autonomy and scientific rigor. It is an aesthetic encounter that calculates the paths of about 17,000 objects and uncovers a hidden layer of human infrastructure.

This project is co-funded by the European Commission’s DG CONNECT, in the framework of the Horizon 2020 programme of the European Union under the S+T+ARTS programme’s Regional STARTS Centers.