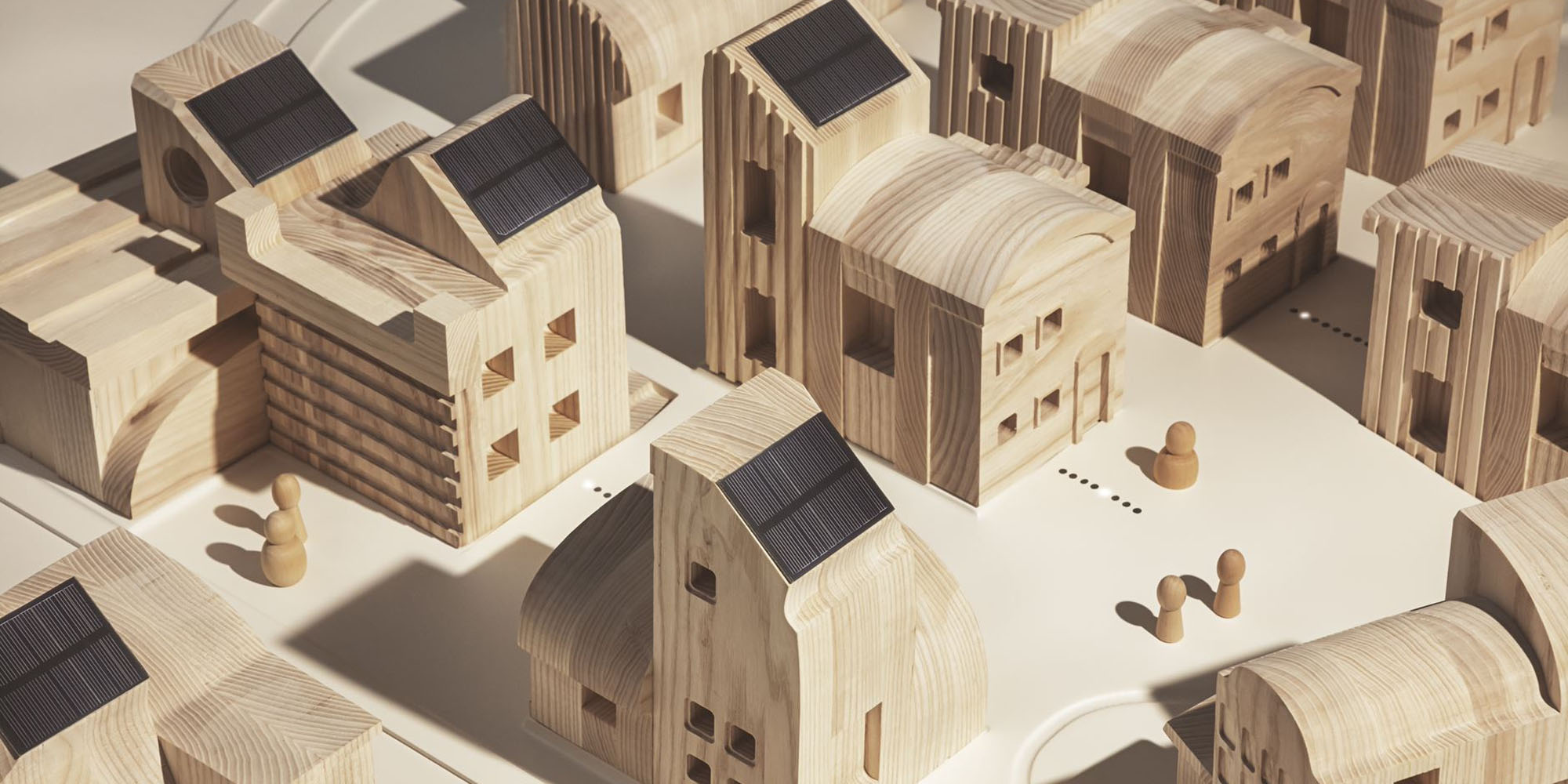 SolarVille is a working prototype of a miniature neighborhood completely powered by solar energy. Some households generate their own renewable energy using solar panels, while others automatically purchase the excess electricity generated in the community from the producer — using blockchain technology to do so. The result is a self-sufficient microgrid, where people trade renewable, affordable energy according to their individual needs.

About 3.5 billion people around the world still have little or no access to electricity, and it is an almost impossibly expensive task to reach these people using the electricity distribution system of today. Meanwhile, the remaining 6.2 billion people — who do have access to electricity — consume, for the most part, energy from unsustainable sources. If the world is serious about meeting its climate targets, renewable energy sources need to become the norm by mid-century.

Against this backdrop, SPACE10 launched SolarVille: a playful research project exploring how we can rethink our entire energy system to democratize sustainable energy using solar power and blockchain technology.