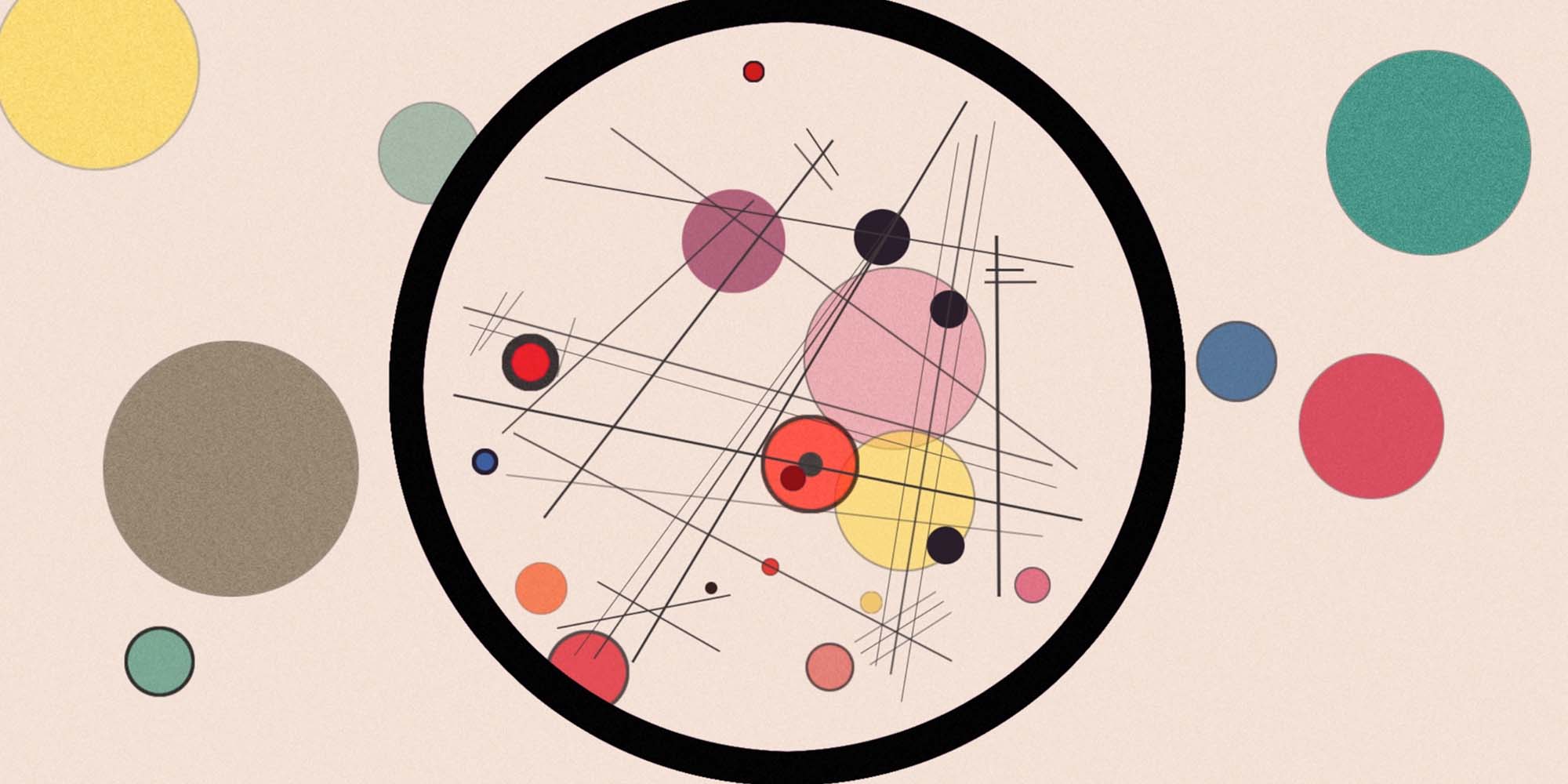 Wassily Kandinsky was a synesthete who perceived sounds in colors and shapes. His “composition series” were thus created from sound to image and shows the shapes that in his eyes embodied certain sounds.

Sound of Kandinsky reverses this process, taking shapes of his paintings as starting points for compositions. The resulting new interpretation experiments with a new composition method, assigning each element of the picture to an instrumental sound.

Artist Joann Lee developed two animations for this purpose: Impression III and Composition II, based on Kandinsky’s original works of the same name. The first is an animated version of the elements of the painting with Kandinsky’s original music for the work. In the second animation, only Kandinsky’s painting was viewed, without the accompanying music. Different tones and sounds were assigned to each element and a new composition was created. The painting was then animated and accompanied by the new music.

In Kandinsky’s painting Circles in a Circle, the circles can be rearranged on the interactive multitouch table to create a new composition.