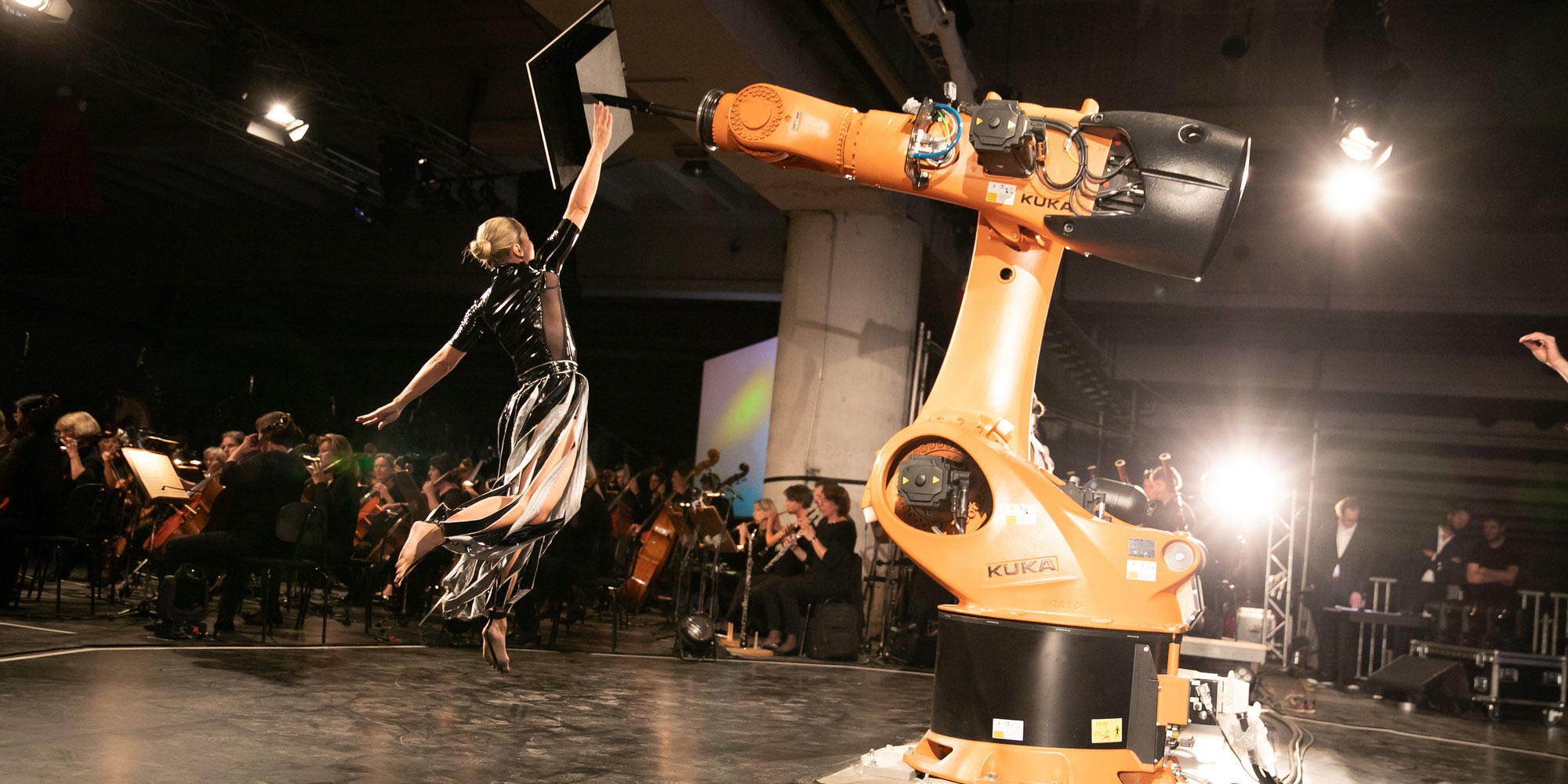 For Markus Poschner, principal conductor of the Bruckner Orchestra Linz, it was the second time in 2018 that he swapped the concert hall for the POSTCITY’s rail hall. This extraordinary project was also the opening event of the International Bruckner Festival. Poschner had chosen Hector Berlioz’s Symphonie fantastique for this “encounter between tradition and modernity”: a work that is almost 200 years old and thus spans the arc from the epicenter of the Digital Revolution back to a time when the Industrial Revolution had only just begun.

The most impressive machine was apparently the huge Kuka KR 600 industrial robot, weighing approximately 2.5 tons and 3.5 meters high, which was set up in the middle of the orchestra. Via its own program interface, the robot could be controlled directly by the music and also synchronized with the digital real-time visualizations on the three panorama projections distributed throughout the room. The most aesthetically effective “machines” were Ursula Neugebauer’s motor-operated red dresses, whose movements could be controlled from the conductor’s desk.