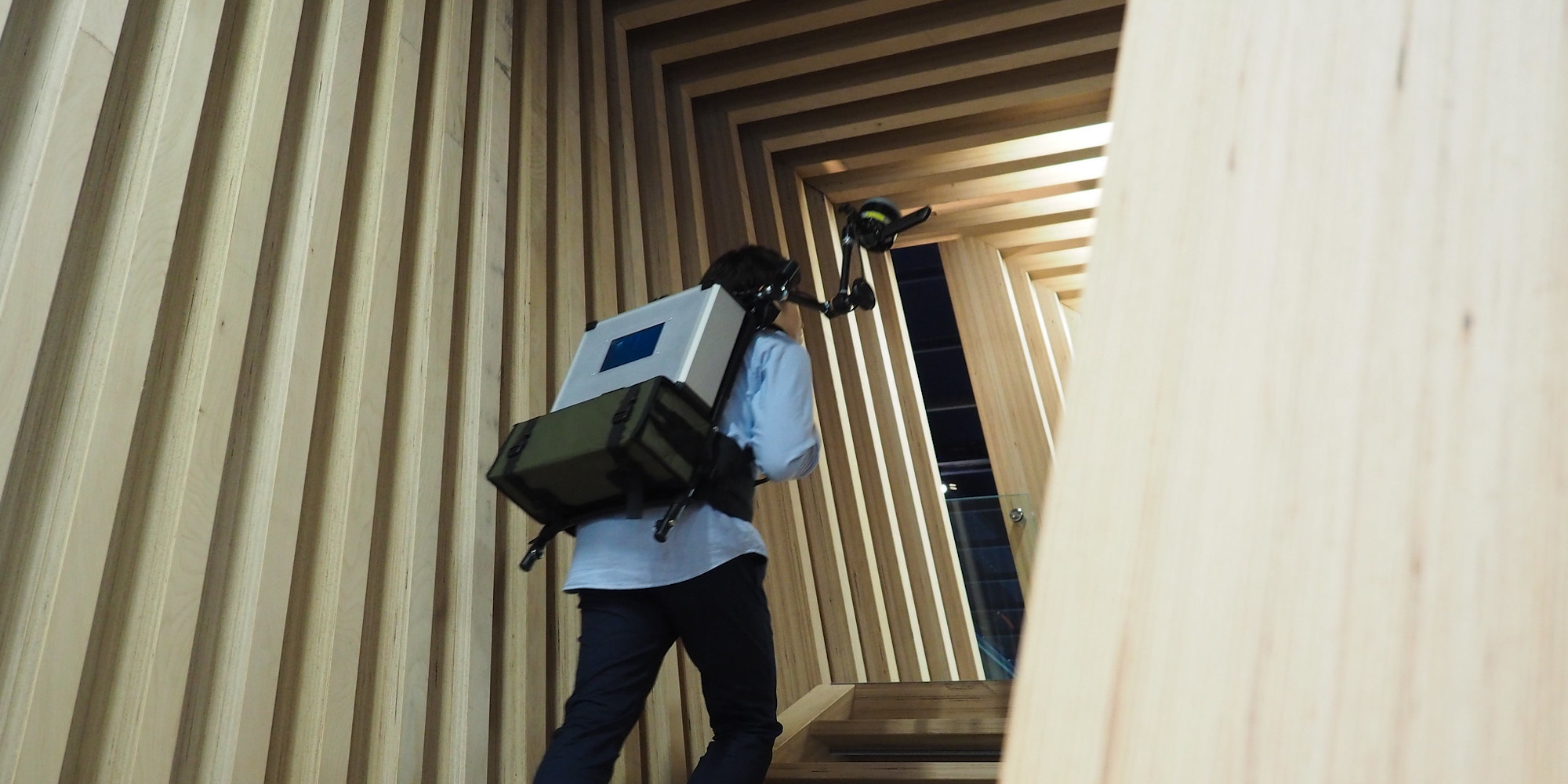 Volumetric Data Collector is based on the idea of using a LiDAR sensor— a 3D laser sensor often used in autonomous vehicles—as an expanded sensory organ for the human body. The team of developers packed a LiDAR sensor, a display monitor as visual output, and accessory equipment into a portable unit. The device can capture a 3D point cloud of the area around the wearer, which is then translated into visual data. For example, the Seoul LiDARs collected three-dimensional information from historical locations in Seoul, South Korea. The goal is to use technical expansion of human senses to investigate how spaces—for example, urban environments—can be differently defined or perceived. Here, visitors have an opportunity to conduct their own experiment with a portable LiDAR unit.

Credits: Sookyun Yang (KR), Jinoon Choi (KR), Hyun Parke (KR/US)
With support from ZER01NE, Seoul LiDARs
This project is presented in the framework of the European ARTificial Intelligence Lab and co-funded by the Creative Europe Programme of the European Union.