Biocomputer Rhythms is a piece for prepared piano and percussion. It is a musical duet between a pianist and an intelligent interactive biocomputer. The biocomputer listens to the piano and produces musical responses during the performance. The responses are played on percussion instruments and on the piano by the pianist. The piano is prepared with electromagnetic actuators positioned inside the instrument to vibrate its strings. Electromagnetic actuators are also used to vibrate percussion instruments.

Biocomputer Rhythms is a piece of music for piano with electromagnets and percussion, composed with an innovative biocomputer built using electronic components grown out of biological material.

The composer is interested in harnessing biological organisms as components of computing architectures for new kinds of creative artificial intelligence. His ICCMR research team invented a biological processor made with living tissue from an organism known as Physarum polycephalum. They baptized this processor as the ‚biomemristor‘.

Physarum polycephalum is found in decaying leaves and tree bark. Its intracellular activity produces fluctuating levels of electricity which can be relayed through its body, which prompts it to behave like a memristor. A memristor is a relatively unknown electronic component which is not widely available yet: a resistor with memory. The memristor is exciting because its behaviour is comparable to that of biological neurons.

The team built biomemristors cased in small 3D-printed mini-Petri dishes and developed an interface for a group of biomemristors to read and output signals. Theybaptised this system as the ’biocomputer’.

The AIxMusic Festival, a S+T+ARTS flagship event, is organised by Ars Electronica and the European Commission.

Eduardo Reck Miranda (BR/UK).
Eduardo’s distinctive music is informed by his unique background as a classically trained composer and an artificial intelligence (AI) scientist. He studied music and computer science in his native Brazil and at the University of York, in England. He subsequently received a PhD in Sound Design with Artificial Intelligence from the University of Edinburgh, Scotland. He worked at Sony Computer Science Laboratory in Paris as a research scientist in the fields of AI, speech, and the evolution of language. Currently, he is the Professor in Computer Music at the University of Plymouth, where he founded the Interdisciplinary Centre for Computer Music Research (ICCMR). 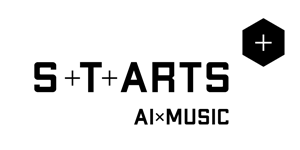 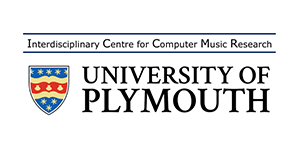