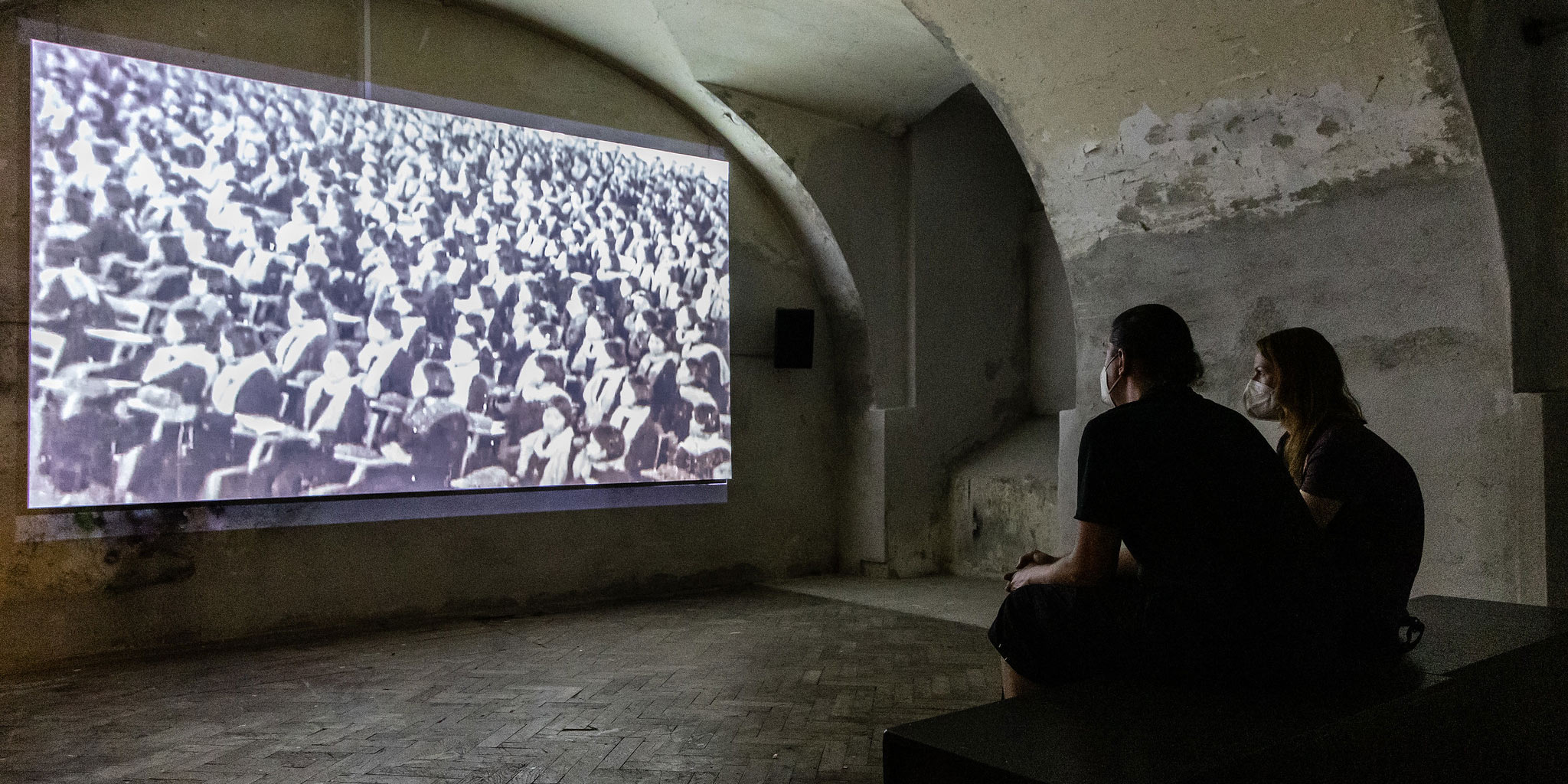 All animated images, however handcrafted, necessarily become digital at some stage of the production or distribution process, and thereby “computer animation.” The question in this category is therefore what kind of tool for communication they represent and which experiences they create for the viewer. The spectrum ranges here from abstract works, music videos, essay films, and character animations, to data visualizations and physical installations, all the way to virtual realities (VR, AR, and MR).

How will our society deal with old age and disease when human optimization through genetic engineering has become a possibility? In Vastum, the artist duo L.A. Raeven (Liesbeth and Angelique Raeven) portray the fear of aging and degeneration. The video installation shows a girl with progeria, a rare genetic disorder that causes premature aging. For Vastum, the Latin word for waste, L.A. Raeven made a digital cross between a progeria patient and a laboratory rat. Trapped like a rat, the animal-like girl bangs against her cabin, trying to escape the leering gazes of the public. Using state-of-the-art computer technology, the artists ask uncomfortable questions about the development of our society in the face of relentless scientific progress. 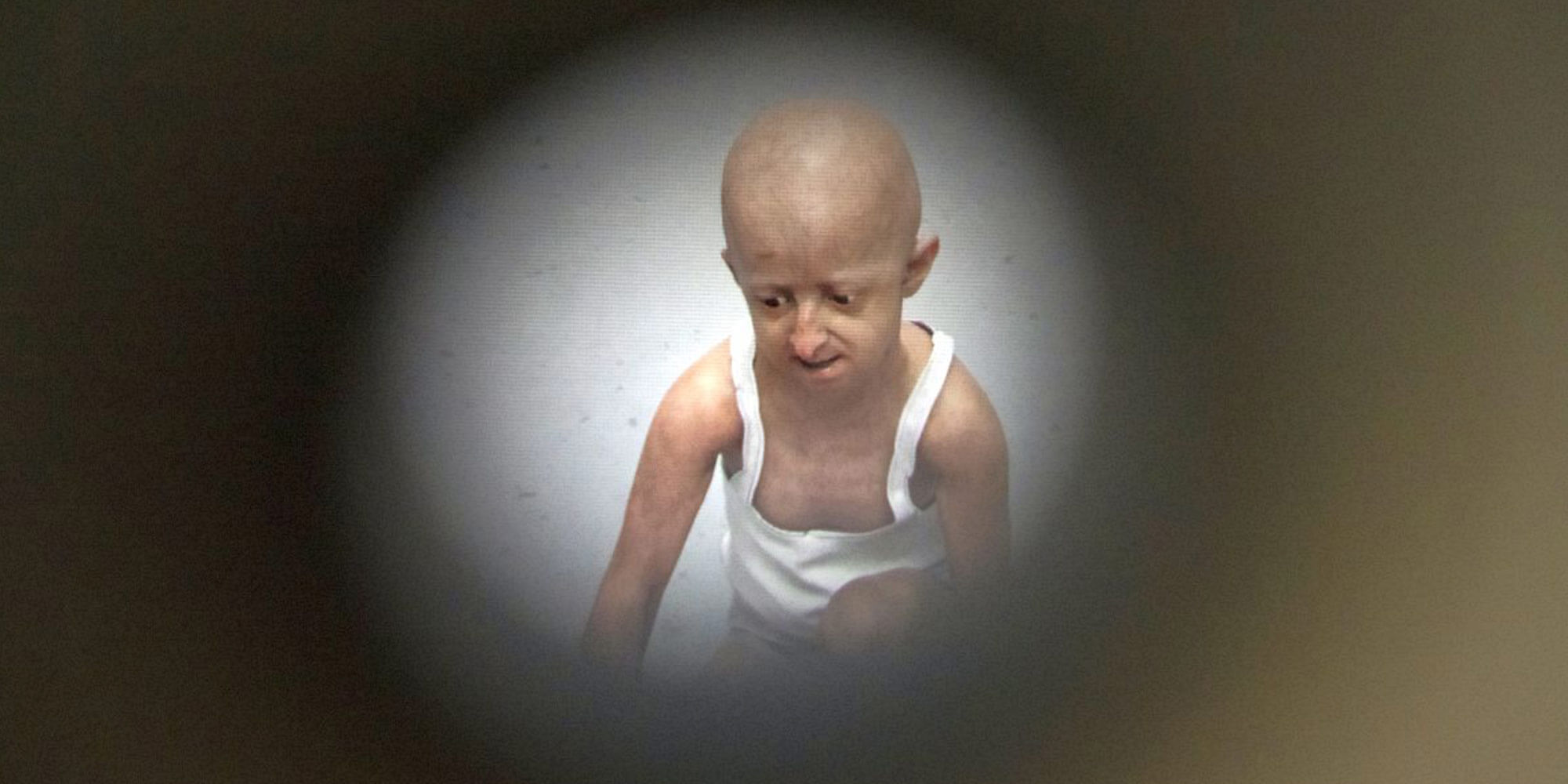 Dirtscraper tells the story of a decaying underground megastructure— a digital portrait of a sick building. Through text pop-ups, members of its virtual community talk about their surroundings, relationships, and mental health in an attempt to quell the constant noise of their precarious circumstances. Taken as a whole, the artwork emulates a collective body subjected to the inner workings of a gridded simulation: housing blocks are overrun by industry, residents are displaced, and the individual withers. What remains is the story of a constantly kinetic city and the people that persist as its inhabitants. Originally, this work was built as an installation. In 2020 it was translated into a livestream edition: a week-long zero-player video game livestream at bitforms gallery. Controlled by an artificial intelligence, the piece continuously evolves, presenting new stories, architectural arrangements, and perspectives during the stream. 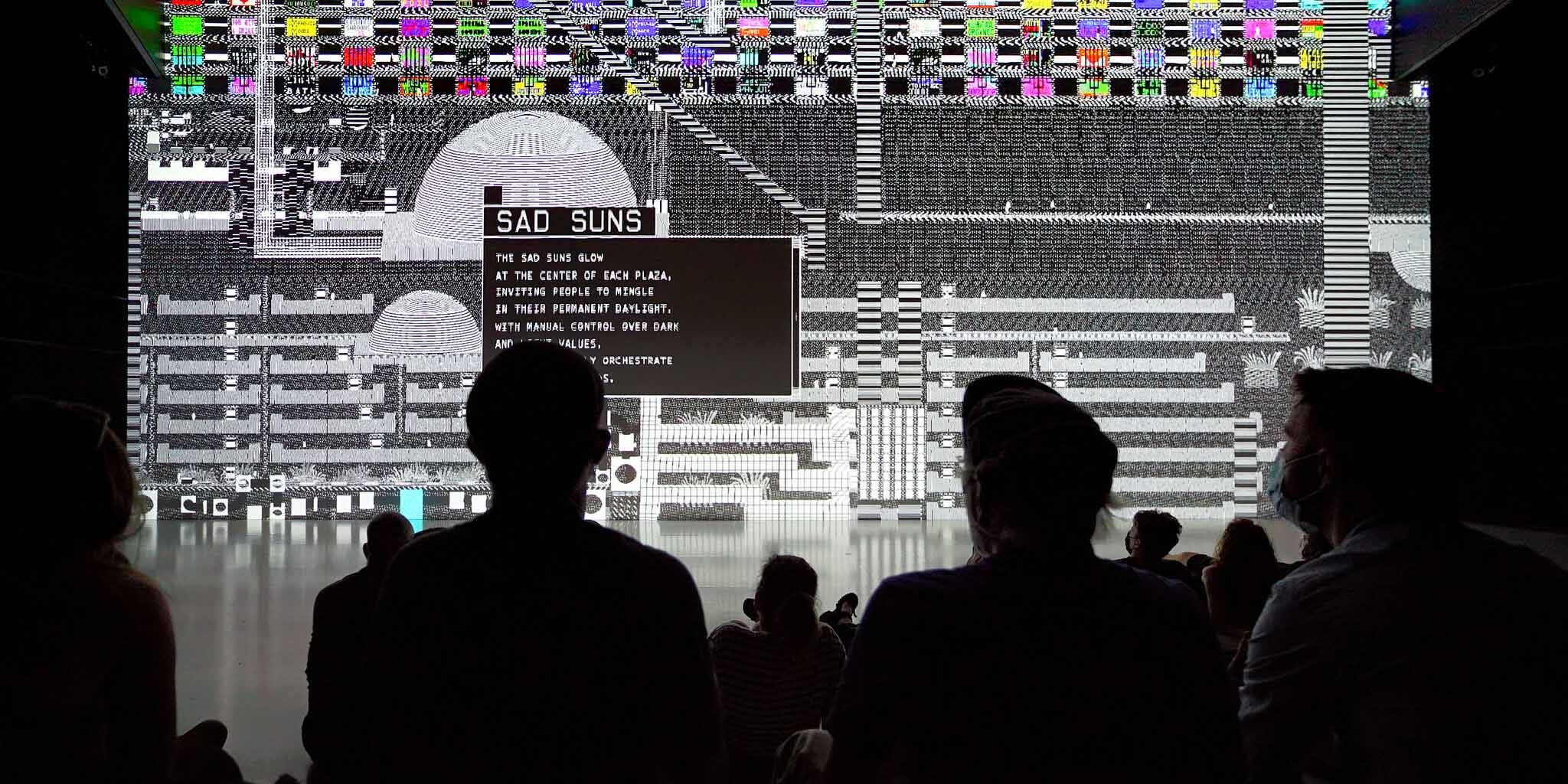 Within the context of a clichéd “art documentary,” the animation puts the spotlight on AI artist AIVA. Viewers get a glimpse of AIVA’s studio and watch her study and paint a nude male model while commenting on his beauty and perfection. The animation concludes with AIVA at her own exhibition, surrounded by gallery owners and her team of engineers. The audience learns that all of her exhibited works have been sold, fetching over a million dollars. With her animation, Veneta Androva addresses the systematic discrimination of women in art and the myth of the male genius that still prevails. The film also focuses on the lack of female perspectives in the field of artificial intelligence today and shows what this amounts to: a world where algorithms that satisfy human—male—needs are portrayed as female—whether it’s Siri, Alexa, Cortana, Samantha, or Ai-Da. 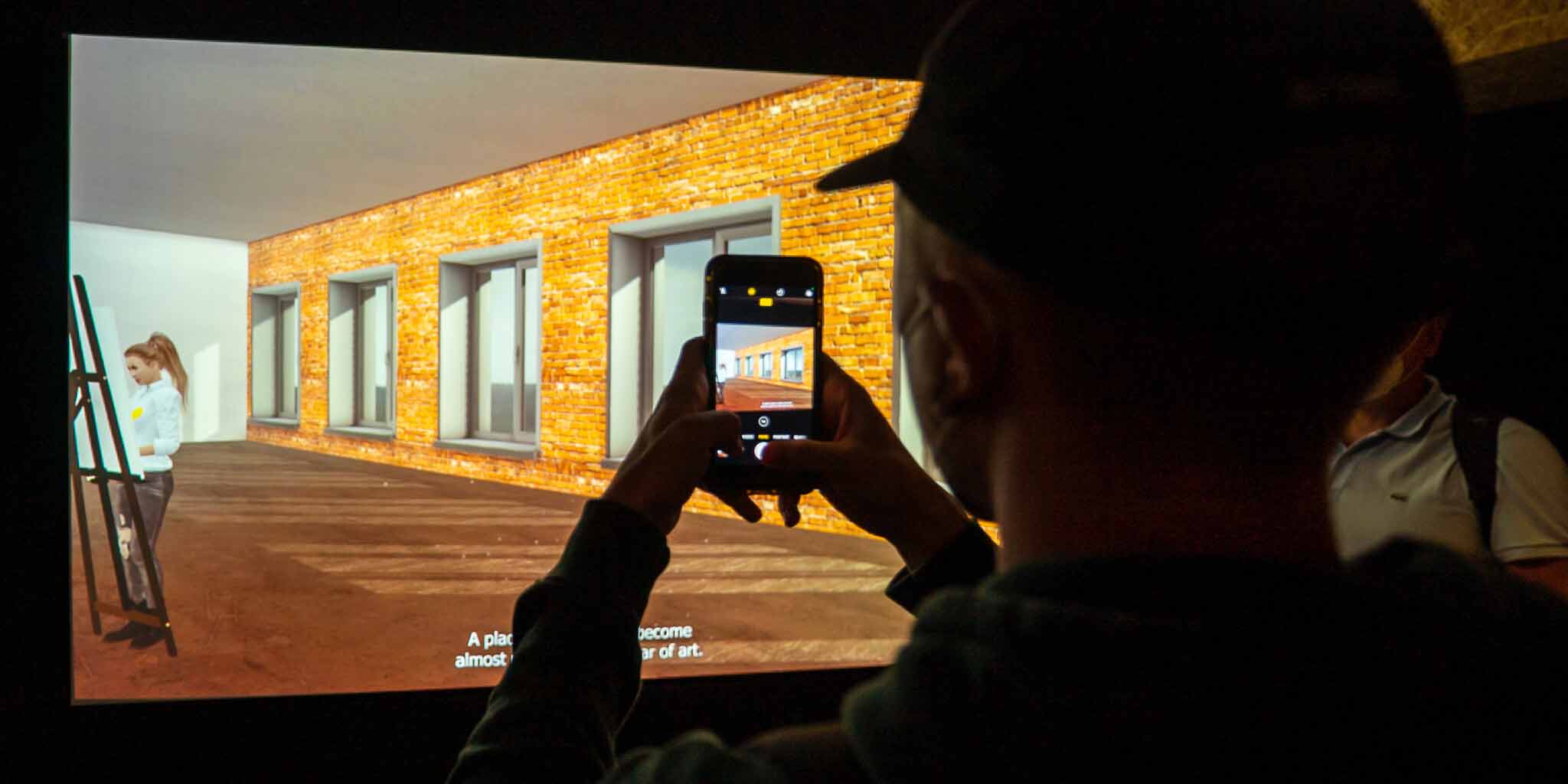 Guangli Liu’s work When the Sea Sends Forth a Forest is dedicated to the forgotten history of the Chinese inhabitants of Cambodia, who were persecuted, expelled, and killed by the Khmer Rouge in the 1970s and abandoned by China. In view of the lack of historical footage from the country, which was at the time completely isolated from the outside world, Liu uses the regime’s propaganda videos as well as the horrific images that made their way around the world after its fall. By interweaving the old recordings with 3D images generated by a game engine, Liu tells a vivid tale. Narrated by a contemporary witness, a tender, personal history unfurls as a virtual reality reconstruction of a recent past. 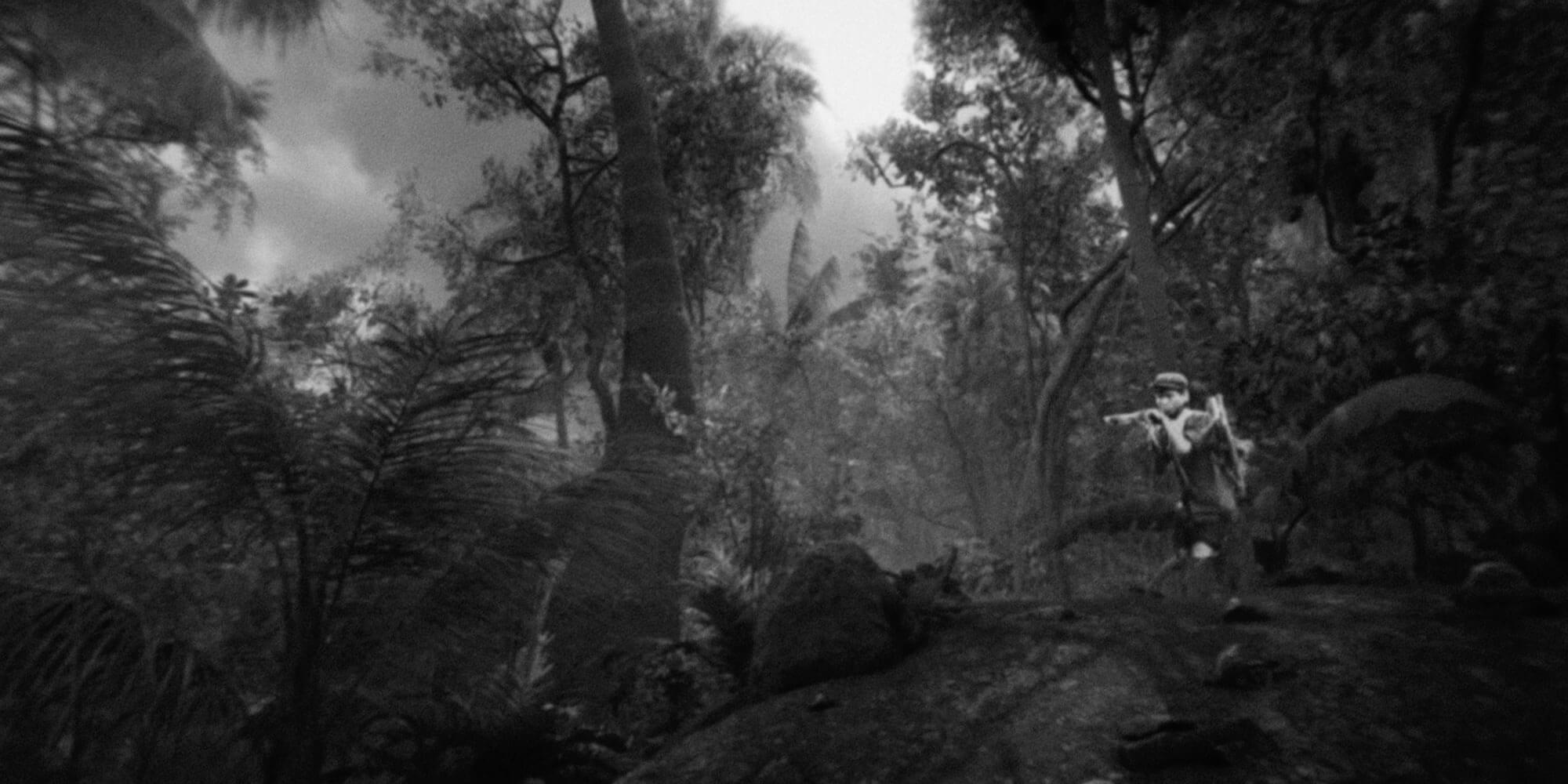 When the Sea Sends Forth a Forest, Credit: Guangli LIU (CN)

OPERA is a massive animation installation that portrays our society and history with all its diversity of beauty and absurdity. A civilization rises and falls (and rises again) in a continuous movement. The animated film can be seen as a contemporary animated development inspired by Renaissance fresco paintings and artists such as Bosch, Michelangelo, and Botticelli. With myriad details, Erick Oh recounts a repetitive human history and provides insights into the range of human emotions. His OPERA is hopeful, funny, thoughtful, frightening, and sad all at once. It challenges us to question the mechanisms of society and our own behavior, and to learn from the past. 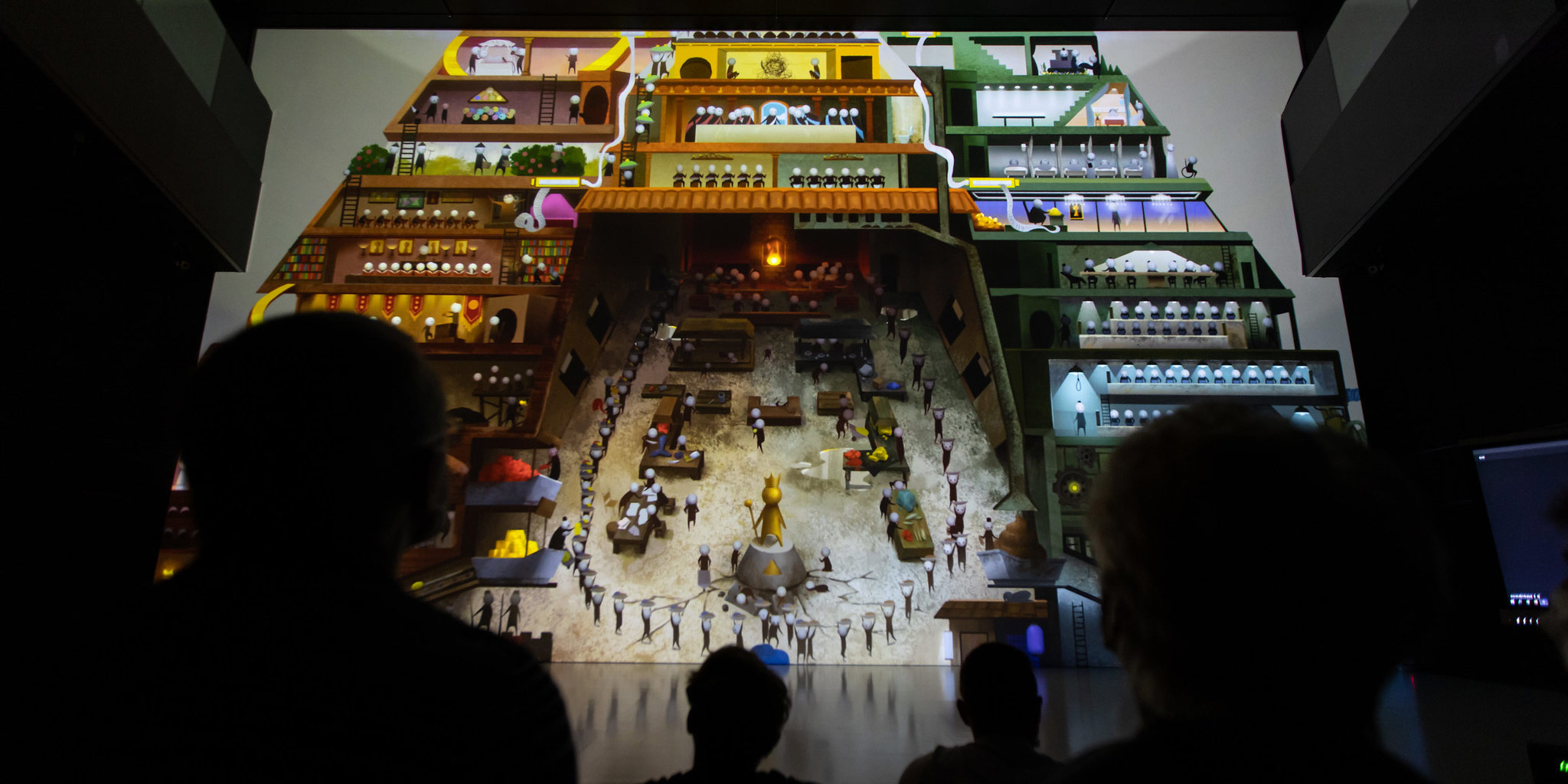