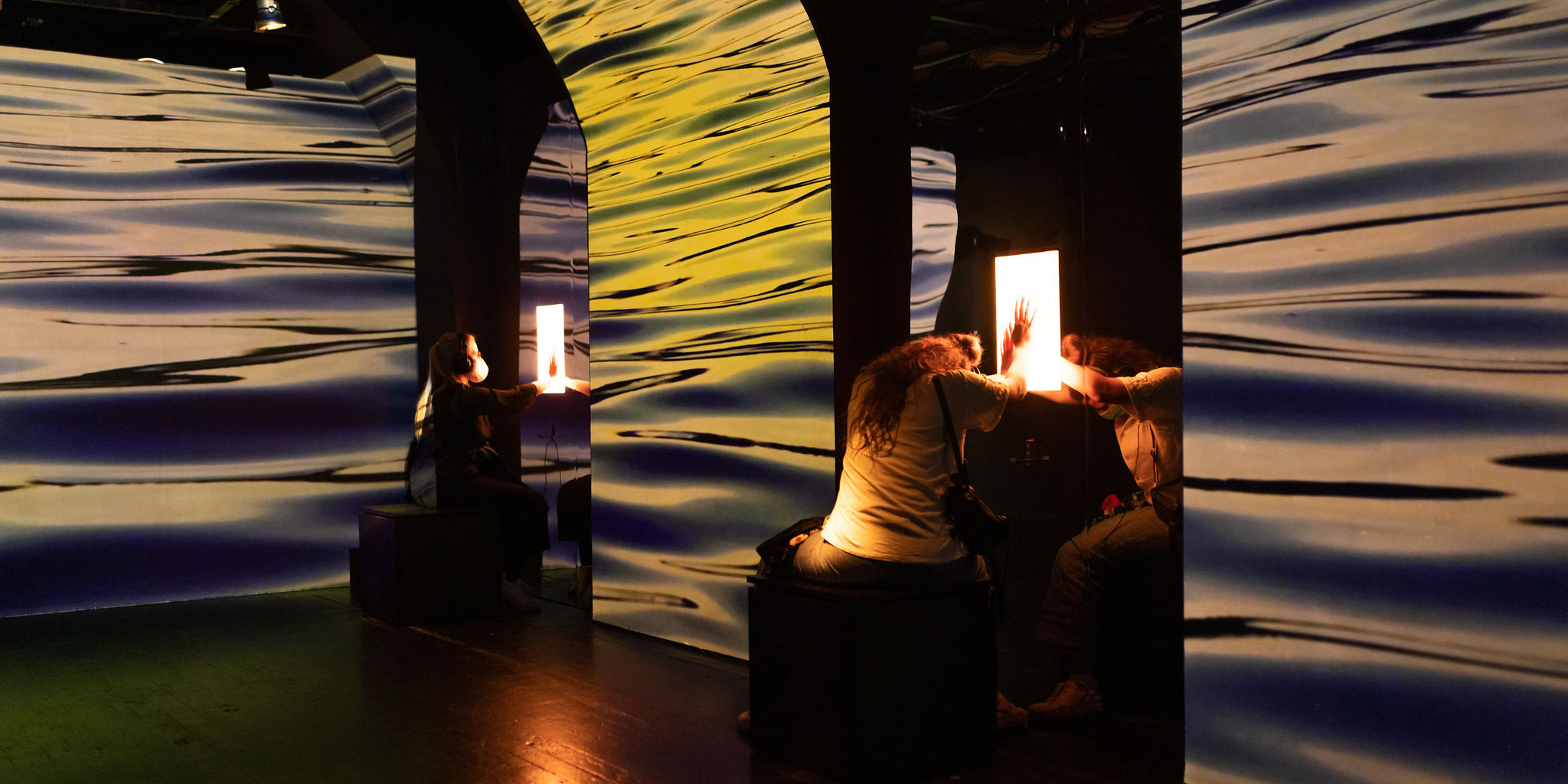 Music occupies the longest period of time in the history of computer creation. Starting in 1987 as the category for Computer Music, this category has changed in keeping with digital development. It now distinguishes contemporary digital sound production from the broad spectrum of electronically generated music, works combining sound, media and music, digital compositions ranging from electro-acoustic to experimental, and sound installations. There is a strong tendency in Computer Music towards immersive listening experiences and compositions that let the listener dive deep into imaginary soundscapes. Nowadays artists also deal critically with the seemingly obsolete relationship of digital and analog, the original, man and machine. As expected, Artificial Intelligence seems to slowly enter the field of music production.

A Father’s Lullaby is a “poetic movement” in which art and technology mobilize a plethora of voices while utilizing public places and virtual spaces. The project addresses the unequal treatment of prisoners in the USA based on ethnic origin (as well as the disparity in the rate of imprisonment) and the impact of this situation on children, women, and low-income communities. The installation consists of different layers of sound: a series of compositions based on lullabies contributed by fathers and a touch-activated sound station with audio/light panels that unfolds many different stories. Songs and lullabies collected via a website, as well as interviews with men on probation, tell of the structural violence of male-dominated mass imprisonment, but also of love and trauma, presence and absence, and the power of personal memories. A Father’s Lullaby is also beeing presented In Kepler’s Gardens / Campus of the Johannes Kepler University. 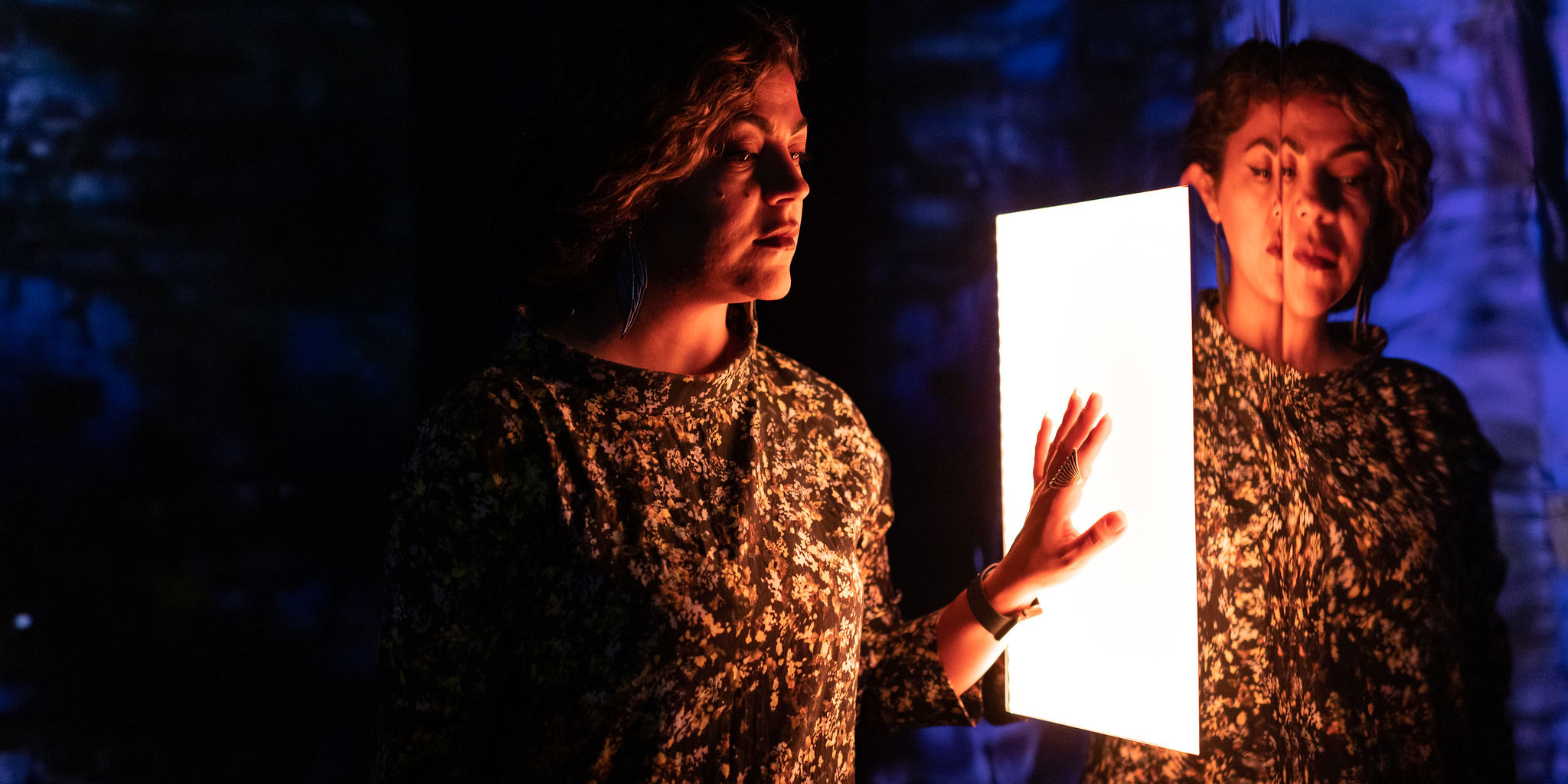 Based on research into the special stops found in some organs, mainly during the Baroque period, that were designed to imitate para-musical sounds such as those of birds or thunder, Organscape delves into how we attempt to represent our audible environment. The project consists of two elements that coexist and enter into a dialogue: a series of works composed by converting field recordings from different geographical locations to sounds characteristic of this historical instrument, and a sound installation called Organismo I, a sort of automaton that emulates a repertoire of sounds associated with the natural world and which, in this initial approach, focuses on mechanical bird song. In this sense, Organscape is not so much an attempt to achieve a faithful imitation but rather to outline certain acoustic characteristics of the evoked material. Convergence is a performance in which human musicians and their AI-generated avatars play together. A computer voice gives commands, scans the people on the stage, and creates digital images on canvases in the dark space. These characters are fed by synthesized image and sound data, from which the artificial intelligence then shapes the process. Neither the musicians nor the composer know in advance what effect these images and their music will have—it only becomes clear at the moment of the performance and has something threatening about it due to the screams requested by the AI. The machine intervenes in this cycle of action and reaction with its own algorithms and becomes an even stronger counterpart to self-perception. Alexander Schubert translates this plot with his large team of developers, AI experts, the Ensemble Resonanz, and the IRCAM team into an exciting musical theater performance of about 30 minutes that triggers both anxiety and fascination. Apotome is a music project highlighting the cultural asymmetries, biases, and non-neutrality inherent in modern music-making tools, alongside their interconnected web of musical, educational, cultural, social, and political ramifications. Created by Khyam Allami and Counterpoint, the creative studio of Tero Parviainen and Samuel Diggins, it looks at two browser-based non-commercial applications: Apotome, a generative music system focusing on transcultural tunings and their subsets (scales/ modes), and its sister application Leimma, which allows for the exploration and creation of such tunings. The project offers tools that go beyond the Western canon and is accompanied by video tutorials encouraging users to explore and use the software with an open mind. Convergence features a duet between composer and electronics performer Douglas McCausland and augmented double bassist Aleksander Gabrys. The duet begins as a collaboration and equal conversation but shifts dramatically towards the electronics performer controlling the bassist. The bass is fitted with eight microphones and eight transducers, allowing it to serve both as the generator for unusual and extreme sounds and as a resonance chamber for external sounds. Meanwhile, machine learning is used to classify gestures by the electronics performer via a sensor glove, linking these to audio controls. The performers explore the sonic and performative extremes of this complex system, as well as the liminal spaces that exist in between.