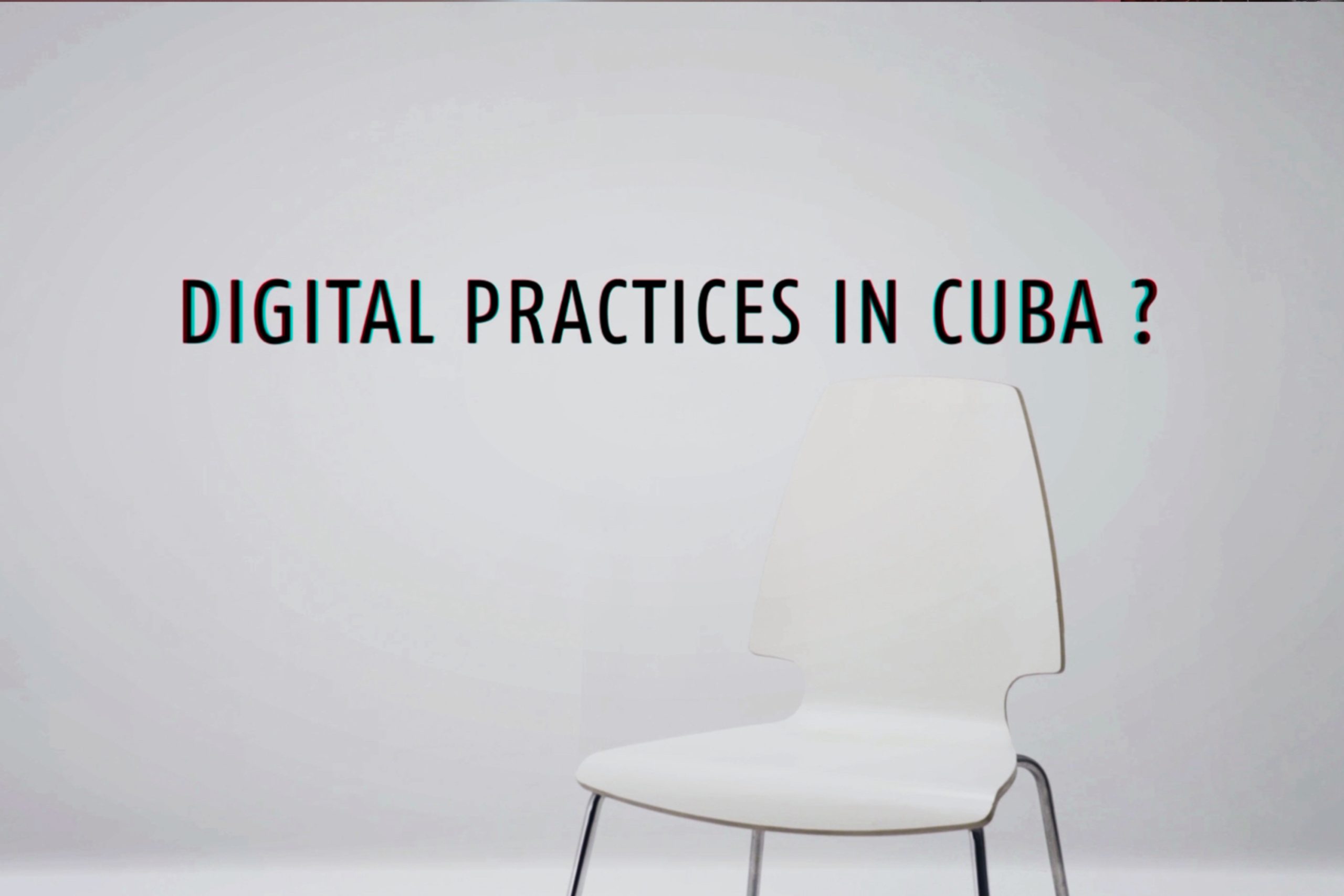 Disconnected Experiences of digital practices in Cuba is a video that will gather the impressions of everyone involved in the project, including the curator, the organizing committee, the jury and the selected artists. This material will not only document the dynamics of the curatorial presentation but will also contain an overview of digital art practices in Cuba. This video will be available in the !!!Sección ARTE, which circulates within the Paquete Semanal (Weekly Package) for national offline distribution. For its online presentation it will be launched through the digital platforms of the institutions associated with the curatorial project as a live stream. 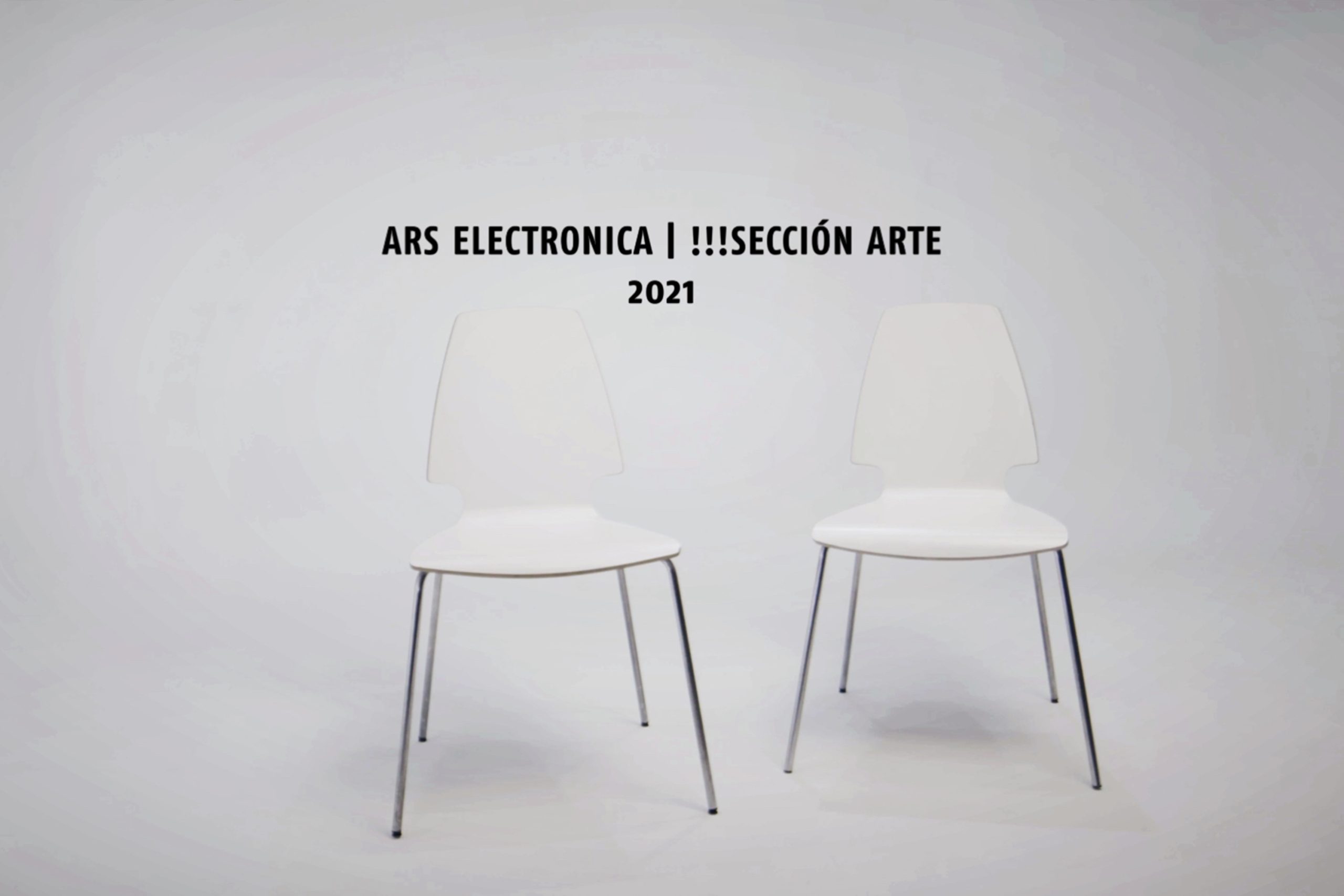 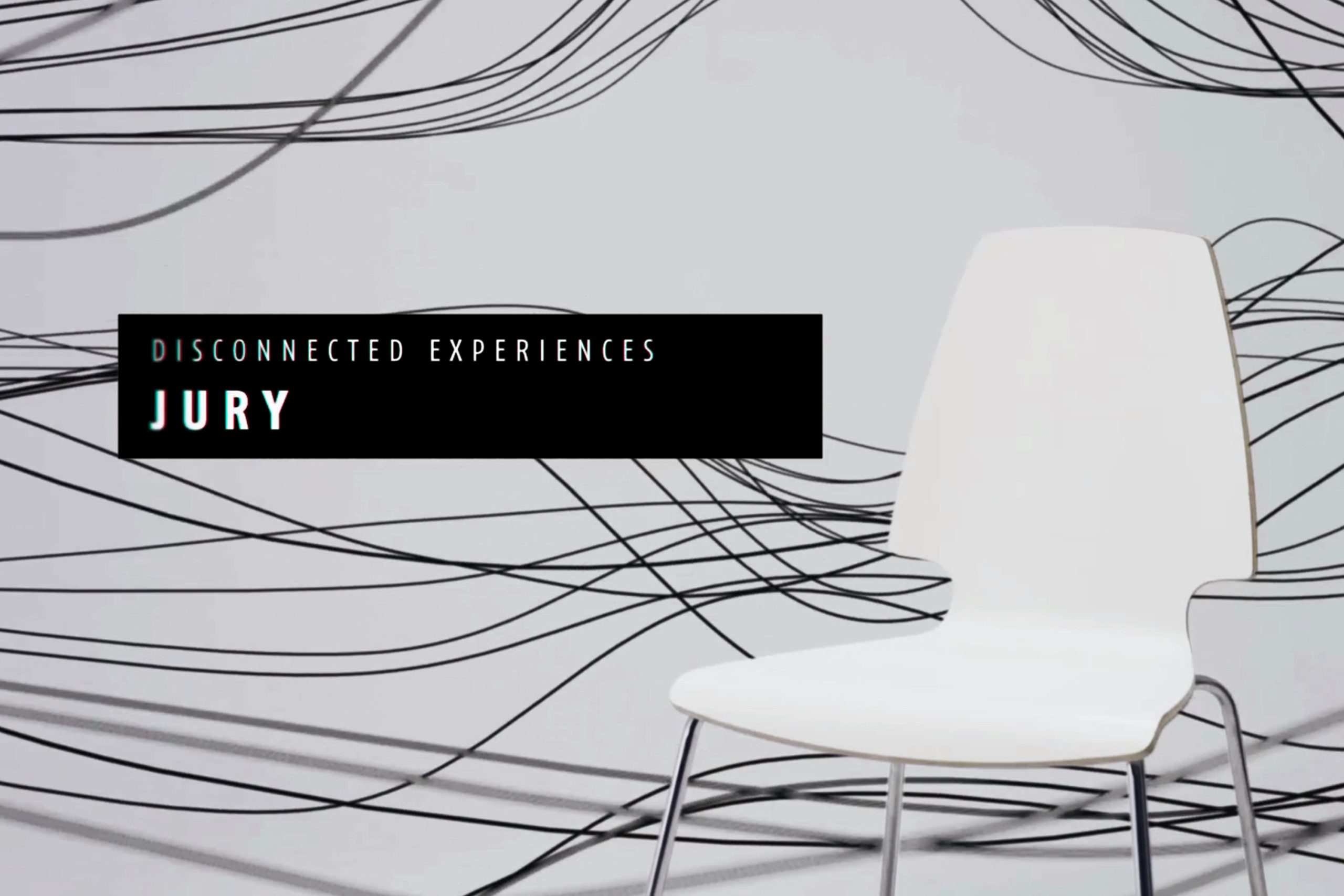 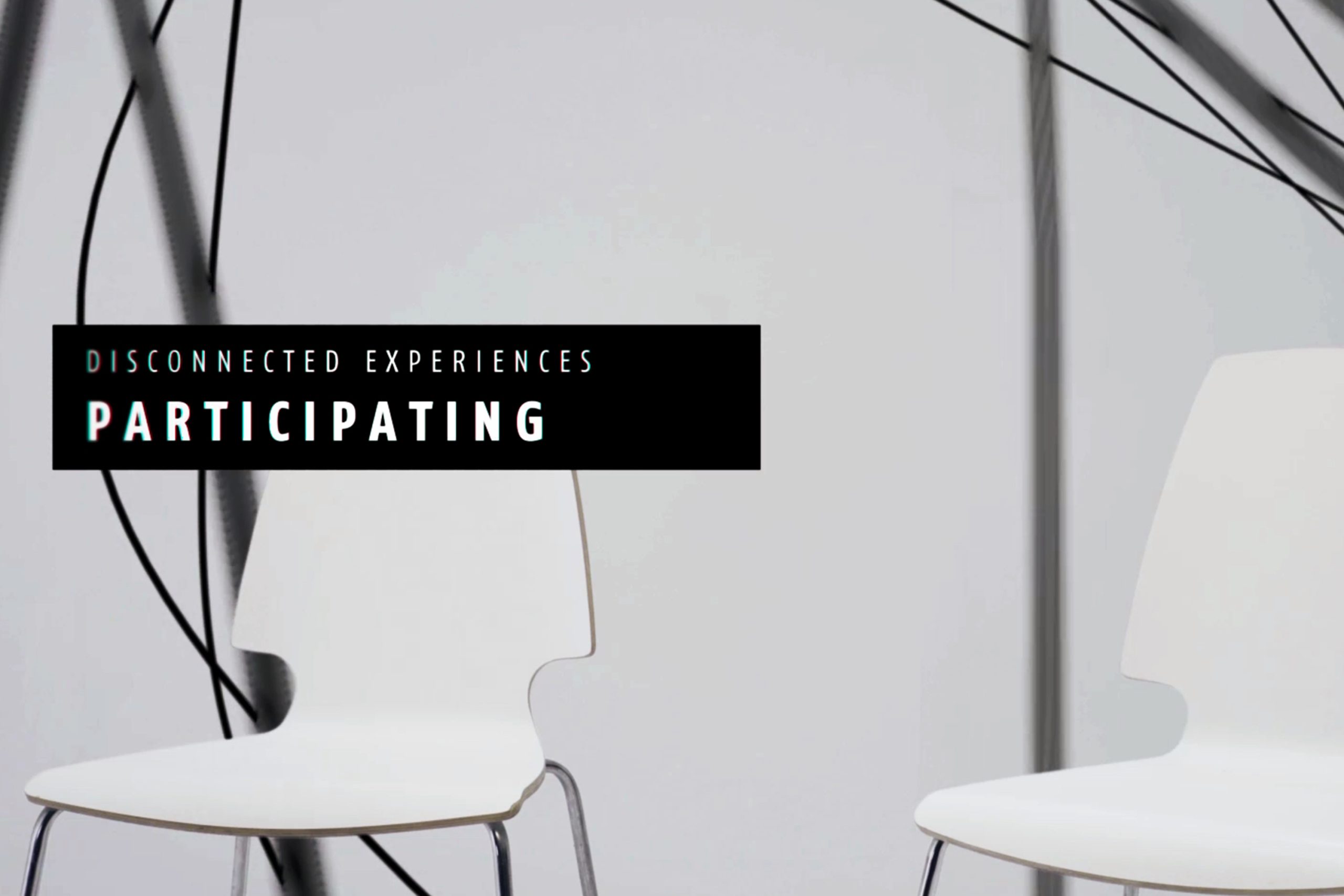 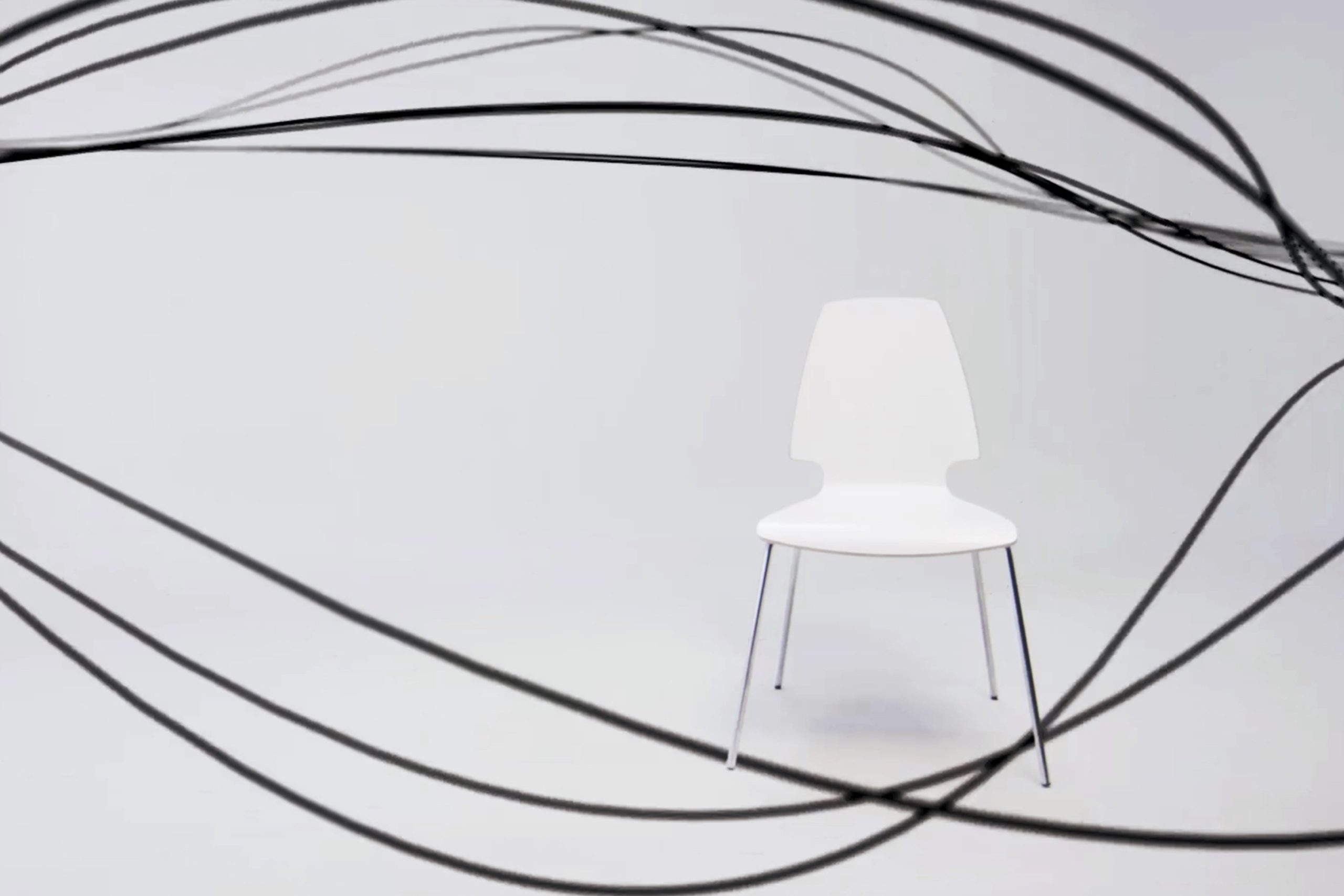 Nestor Siré (Camagüey, 1988): Cuban visual artist with a focus on the study of digital practices. His works have been shown in the Museo Nacional de Bellas Artes (Havana), Queens Museum (New York), Rhizome (New York), New Museum (New York), Hong-Gah Museum (Taipei), among others. He has participated in events such as the Manifesta 13 Biennial (France), Gwangju Biennale (South Korea), Curitiba Biennial (Brazil), the Havana Biennial (Cuba) and the Asunción Biennale (Paraguay), among others.
Cristina Figueroa Vives (Havana, 1983): Curator of the Figueroa-Vives Contemporary Art Studio and Casa de las Americas, Havana. Master in Art History (University of Havana) and Master in Digital Art and New Media Curatorship (ESDi / Ramon Llull University, Barcelona). She is a member of the Union of Writers and Artists of Cuba (UNEAC), the International Committee of Museums and Collections of Modern Art (CIMAM) and the International Association of Art Critics (AICA), Paris.
Jorge Fernández (Havana, 1965): Art historian, critic and curator. Graduated in Art History (University of Havana, 1992) and professor of Theoretical Studies at the University of the Arts since 1999. He currently directs the Museo Nacional de Bellas Artes de Cuba and previously, he has been director of the Centro de Arte Wifredo Lam and the 12th Havana Biennial (2015). He has been a member of the Executive Committee of the World Biennial Foundation. He has been deputy director of the Cuban Pavilion at the Venice Biennale.
Yusnier Mentado Fernández (Santa Clara, 1983): Artist with a degree in Visual Arts from the Universidad de las Artes ISA, he works as a professor of the New Media chair of that faculty. He has a master’s degree in Audiovisual Production in 2018. He has participated in exhibitions such as “Documenta”, and “HB”, collateral to the Havana Biennial; Salones de Arte Contemporáneo de Cuba, and “HOPE” at the ESMOA Museum, Los Angeles, USA. He has obtained the “Estudio 21” scholarship from the CDAV, and has been jury in the awarding of others.
Maurice Haedo Sanabria (Cuba, 1985) is an industrial designer. For 6 years he has brought values of reparability and adaptability to forklift spare parts. He has turned his house in Centro Habana into a laboratory, where knowledge and technological processes are integrated with coherence with the Cuban reality. He invites us to work in collaboration to reconfigure the national socio-technical imaginary as an alternative to traditional models.
Martha Luisa Hernández Cadenas | Martica Minipunto (Cuba, 1991). She is a writer and performer, founder of the independent publishing house ediciones sinsentido. She was coordinator of the Scenic Laboratory of Social Experimentation (2016-2020). She has published Días de hormigas (Ediciones Unión, 2018), winner of the 2017 David Poetry Prize, Los vegueros (Colección Sureditores, 2019) and La puta y el hurón (Éditions Fra, 2020), winner of the Franz Kafka Novel Prize. She has also won the La Selva Oscura Essay Prize and the Rine Leal Theatre Prize.
Asniel S. Herrera González |Chuli HERRERA (Cuba, 1987) has participated in the Havana Biennial and the 6th and 7th Beijing International Art Biennial. He has had several solo exhibitions, including BE ONE, #cronicassentimentales and Como yo puedo. He has participated in group exhibitions in art centers in Havana, Beijing and Paris. He was awarded the Unique Prize at the XXVIII Visual Arts Salon Fidelio Ponce de León and the prize of the International Festival Visuarte in 2012.
Pavel Méndez Hernández (Cuba, 1990) has participated in the Havana Biennial and has taken part in group and personal exhibitions in important art centres in Havana and Germany. He has given workshops at the New Media Department of the University of the Arts and at the Media Lab of the Alanus University (Germany). He has received the CEIBA Award at the Camagüey International Video Art Festival and the National Curatorial Award. He is a member of the Postproduction Department at the International Film School of San Antonio de los Baños, Cuba.
The Solar Moose is an independent Cuban video game development studio. They develop works that transmit experiences beyond the usual playful content of video games. Its two members have been working together for approximately nine months and, in that time, they have made two games that they are still perfecting: Escape from the Eternal Loop and Romb Taider. They have participated in the GameGen Jam 2021 and MatCom Game Jam 2021.
Bryan J. Romero García (Cuba, 1994) is a graduate of the San Alejandro National Academy of Fine Arts. He is currently studying at the University of the Arts and the Padre Félix Varela Institute of Ecclesiastical Studies, both in Havana. He won a mention at the Gibara International Film Festival in 2017. He has participated in several events, including the Camagüey International Video Art Festival and the International Festival of New Latin American Cinema.
Tickets
Program
FAQ