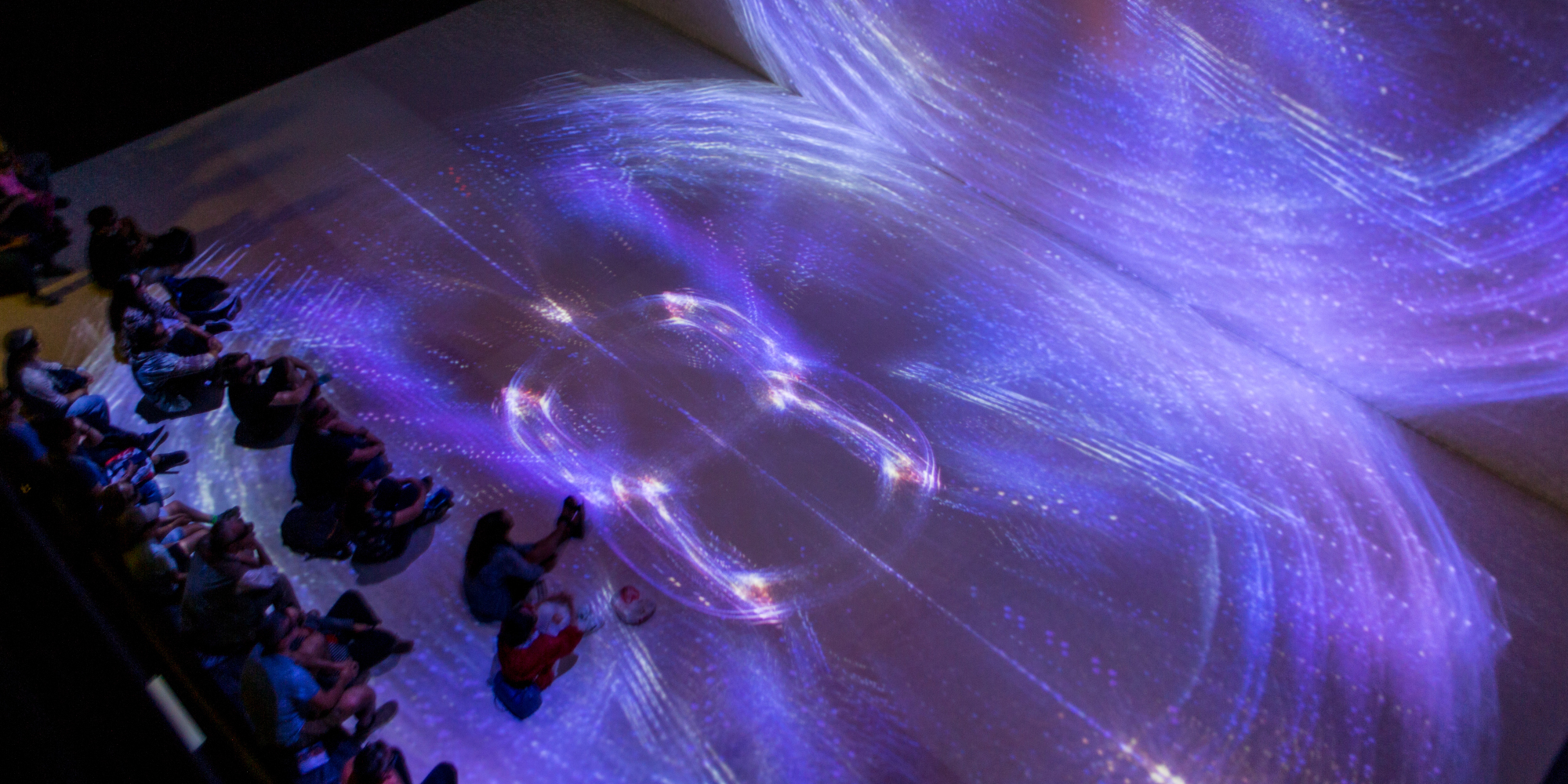 Singing Sand 2.0 is a 3D stereoscopic audiovisual work in 8K resolution that was developed especially for Deep Space 8K in the course of Immersify. Singing Sand was inspired by the sonic potential of abstract 3-D computer graphics. It explores how various particle fluctuations, tensions or shape morphing sound, the internal rhythms they create and how that in turn affects our perception of the visuals.

Grains of sand resembling visual particles are sonified by mapping their individual velocities to various parameters of individual grains inside a custom-made granular synthesizer. Velocities also determine the color of the particles, which together create a spectrum of colors and sounds.

The aim of the piece was to explore how such audiovisual material could function in a free audiovisual paradigm and how to meaningfully force it onto the grid of harmony and metric rhythm. In the latter case the material created liquid grooves on top of dub-tech influenced fixed rhythmic elements, as well as ever changing spectral swirls that emerged from cross-breeding an originally noisy and non-stable sound source with pitch-based material.