In Search Of Lost Time… 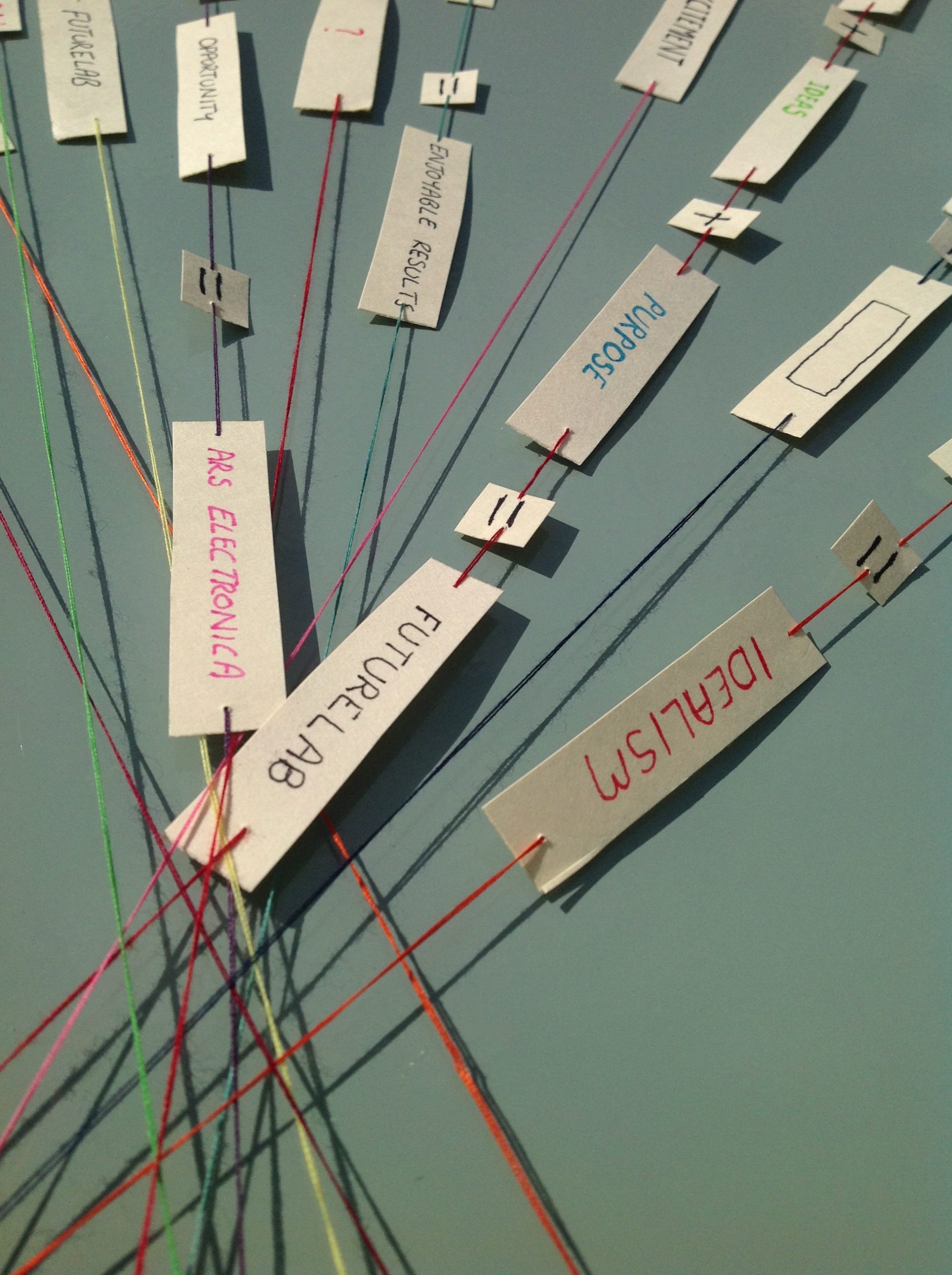 Harmeet Chagger-Khan, expert for digital film and media, was working for 8 weeks at the Ars Electronica Futurelab as part of a residency-program. This is her story during those 8 weeks.

It seems like it was a lifetime ago, or perhaps even in an alternate universe that I made my way over to the Futurelab, one cold morning back in February to start a 2 month residency exploring innovation.  Covered in snow, Linz appeared as though it was straight out of an impressionist’s dream and it was with anticipation, excitement and the possibility of possibleness, that I set foot into the complex ecosystem of the Futurelab.

What was I there for?  As a NESTA Fellow on the Clore Leadership Programme and having found myself at the doorstep of Ars Electronica courtesy of the good people at Sampad, I had found myself wanting to question the relationship between creativity, risk and cultural innovation and its potential to create social change and it seemed that the lab was the place to start looking for these answers.  Expecting to find a real life version of Willy Wonka’s Chocolate Factory, what I found instead surprised and compelled me.

So what really happens in the lab, what conditions do you need to make innovation flourish, how do you seek to create the new when the genesis of its form hasn’t even come into the ether of existence?

I went there looking for answers only to find even more questions.

So who are the Futurelabbers and the newly formed Solutions mob?  Both strands of Ars Electronica are two sides of the same coin, a quantum entanglement held together via an invisible umbilical cord.  And they’re filled with a motley crew of passionate, intelligent, resilient, highly talented and very sociable individuals who manifest the vision of the Futurelab and Solutions philosophy.

I was expecting that the mechanics of innovation was a space filled with chaos and energy propelled by a light speed intensity.  Indeed, with its zen like calmness it would’ve been easy to be fooled into thinking that this didn’t exist, but in the lab time starts flowing slowly relative to the rest of the world and by doing so has the possibility of traveling into the future.

My time there was punctuated with fascinating insights with the Grand Architects Hannes Leopoldseder and Christine Schöpf as well as stimulating, provocative & imaginative conversations with the great minds of the people inhabiting the spaces at Ars Electronica.

Projects exploring open data brought up the ethics and issues of authentic representation and there were drones, drones, drones everywhere.  On one drone test flight on a particularly beautiful day, all was going well until someone shouted “aufpassen!”  just before a rogue drone broke free from the rest of the pack and flew past us, skimming many a perfectly coiffed ponytail as it flew off into the horizon.

I had the opportunity to see what defines the people that work there and their motivations and also got to visit silicon heaven – or the graveyard of technology depending on which way you look at it – an archive of past projects sitting in a dark room waiting to be remembered.  In fact I’m sure I saw Skynet’s rise of the machines in there, but maybe it was just the light playing tricks on me.

The 8 weeks passed as though it had been 8 seconds, 8 minutes, 8 months, 8 years – my sense of time had been utterly distorted, which in retrospect was no bad thing.  Like a Reminiscence Bump it takes time to appreciate fascinating experiences, to realise how rich and complex the world is and to give it the chance of becoming more interesting in the process; “n’allez pas trop vite mon ami,  n’allez pas trop vite…”

And most importantly for me, I got to debug my own internal operating system of the mind while I was there.

So as I left the Futurelab, I wondered how technology could change society, how people could influence the future.  How we all could embrace the creators and makers within us, to find the opportunity to re-engineer and hack a new version of the world around us.

And as I flew off into the horizon, I was left with one pervading thought: If technology is the answer, then what is the question?…