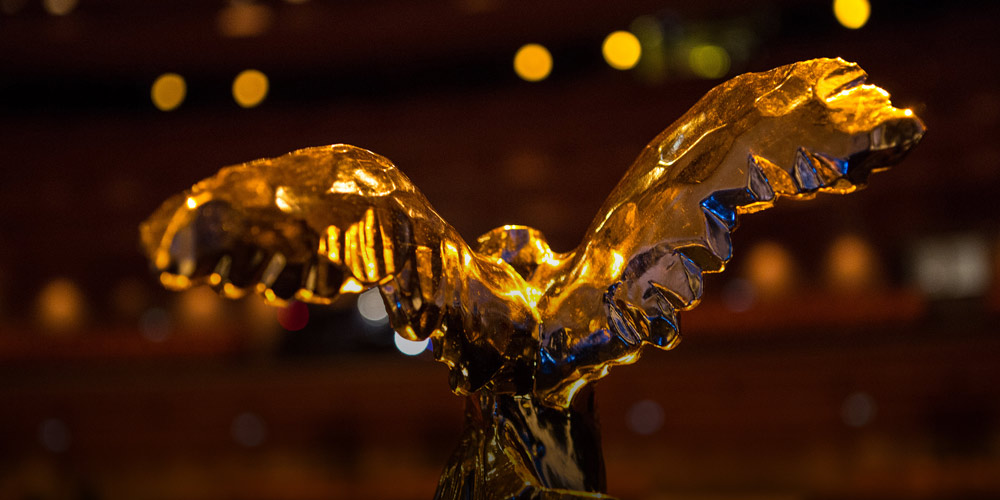 The Prix Ars Electronica is the world’s most time-honored media arts competition. Grand Prize Winners are awarded the coveted Golden Nica statuette, prize money ranging up to € 10,000 per category and an opportunity to showcase their talents at the famed Ars Electronica Festival in Linz. 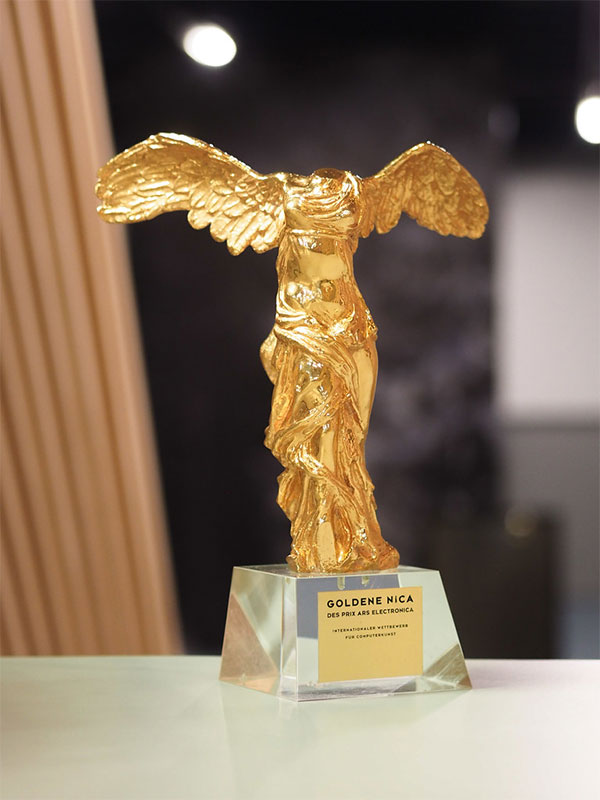 The statuette is based on the winged goddess Nike of Samothrace and was chosen as the trophy of the electronic and digital arts in 1986/1987 by Hannes Leopoldseder and Christine Schöpf together with graphic artist Johann Schorn. The last syllable of “Ars Electronica” – NICA – and the name of the goddess of victory – NIKE – add the finishing touches to the Golden Nica. The 39-centimeter statuette itself was initially made of steel; in the meantime, each individual trophy is hand-carved from wood by artist Michael Lauss. The base is engraved and the statue is covered with gold paint.

The Golden Nica statuettes are presented to each year’s winners at the Ars Electronica Festival in early September. The Prix Ars Electronica is one of the world’s premier awards honoring creativity and innovativeness in the use of digital media.