The Blind Robot at The Lab 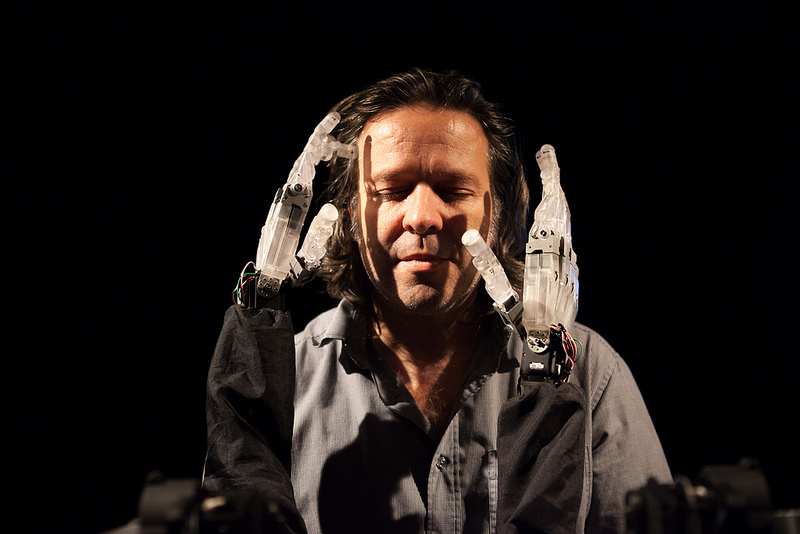 The Blind Robot by Louis-Philippe Demers (CA) has received a Honorary Mention in Hybrid Art at the Prix Ars Electronica 2013. It was on display during the CyberArts 2013 at TOTAL RECALL – The Evolution of Memory and is part of The Lab, an exhibition curated by Ars Electronica for the “ITU Telecom World 2013. 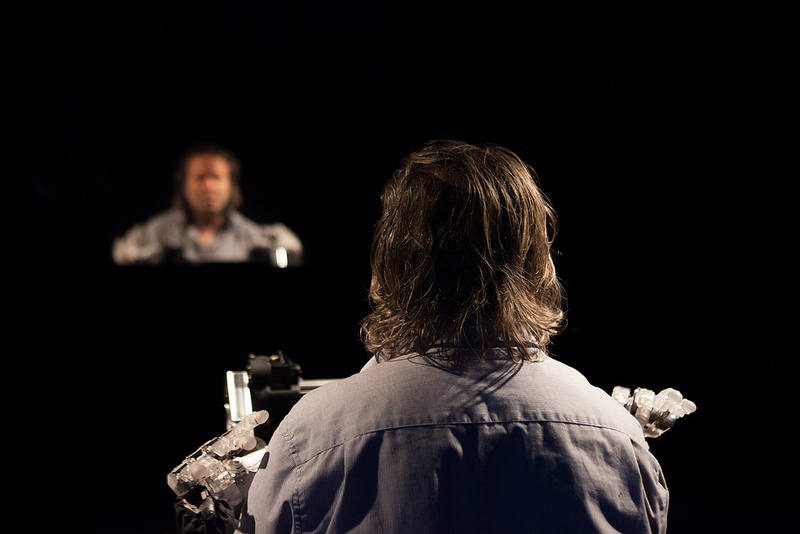 The robot is a fascinating piece of technology, and the idea for it is very simple, in fact. Two robotic arms simulate how a blind person would see or scan a person’s face, by gently touching the face with it’s mechanical fingertips. If you are the person being touched, you can watch yourself in a mirror, and it’s a strange feeling you get while being scaned. There’s certainly an element of surprise about how gently the robot does his routine, although at the point when it stops at shoulder-height before moving on to your face, flashes of Sci-Fi-movies come into one’s mind and you start asking yourself wheter this machine is in fact strong enough to hurt you. The whole experience is amazing and creates a completely different perspective on robots.

“It is a psychological experiment” tells Louis-Philippe Demers, the artist behind The Blind Robot, “just by the fact that I state that this is a blind robot, you will accept that this machine can touch you in very intimate places. If there would be a robot and I wouldn’t say anything or tell you that this device is here to measure your heart-rate by touching you, you would have a very different reaction.”

Demers looks at his installation from the point of health-care as well, after all robots are used in all sorts of medical environments, not the least as assistance in operations on the heart or the brain. “It’s strange from that perspective, because in medical care, you like a personal treatment and if a robot like this would show up to check your vital-signs, people would be more likely to give in. It’s a change of paradigm.”

“The whole idea is all about the acceptance that through this thing touching you, it changes your perception of the touch. Most of the people are a bit afraid in the beginning, but in the end is a very positive experience, it is very unique, it’s not like being touched by a human, of course, but it’s also not like being poked with a stick. It’s a novel way, because your brain is not too sure what to think about it.” 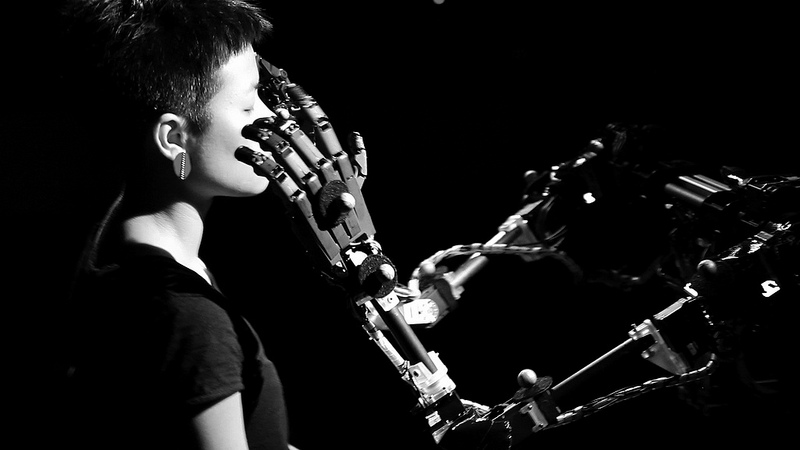 The Blind Robot is part of The Lab, which is on display in Bangkok at the ITU Telecom World 2013 from November 19th to November 22nd. Find all details about the exhibition at http://export.aec.at/itu2013 and infos concerning the conference on http://world2013.itu.int/.