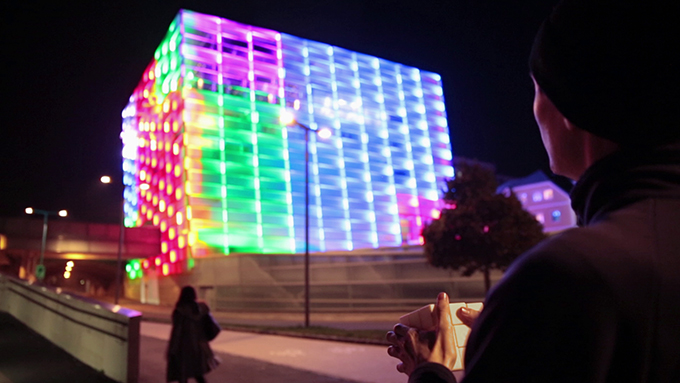 Javier Lloret (ES) is an artist and designer. And he likes to solve Rubik’s cubes, for example on the media-facade of the Ars Electronica Center. 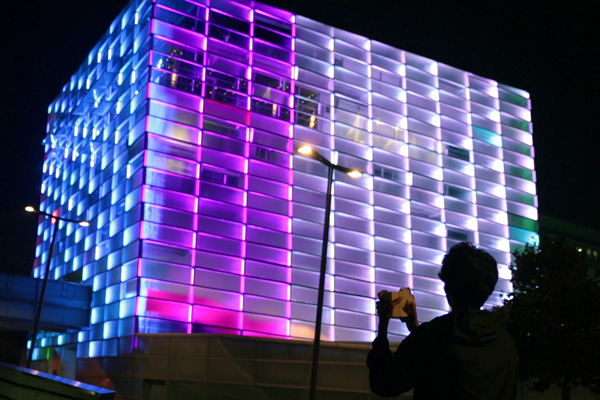 Congratulations on Puzzle Facade, it’s a brilliant idea and execution. When did you first think about creating it, how did you come up with the idea of solving a Rubik’s cube on the Ars Electronica Center?

It all started during the course “Urban Interfaces” as part of the “Interface Culture” master I studied in Linz. We were asked to come up with an idea for the Ars Electronica’s media facade. At that time I was really focused on tangible interfaces and experimental games connected with space. The shape and limited resolution of the Ars Electronica’s media facade inspired me to come up with this idea.

What technology, hardware and software did you use to develop Puzzle Facade, what is under the hood?

Puzzle Facade is a huge success, what are your next steps with it?

I never had any other intention than making real this challenging idea. I feel really satisfied with the results. Splitting the experience in two – the tangible interface as a controller and the facade as the visual representation of the cube – worked as well as I imagined.

I had to learn new skills to realize it, the size factor was really problematic. For me it was fundamental to manage to design the interface-cube in such a way that allows the player to interact hold it and rotate it comfortably.

It has been really time consuming and I feel I’ve already spent a lot of energy in this project. I haven’t decided yet if there is going to be a next step for it but I can’t wait to start new projects.

What is next on your agenda, what projects do you have in the pipeline?

In the last two years I started working on video art pieces, artistic photography and video installations.
I am still in the brainstorming phase but I am highly motivated to keep working in this new direction.

I am also working as a researcher and lecturer at the The Patching Zone, a cultural institution in Rotterdam.

You’ve been working at the Ars Electronica Futurelab for quite some time. What do you want to share with artists, who are applying for a residence-slot at the Lab? 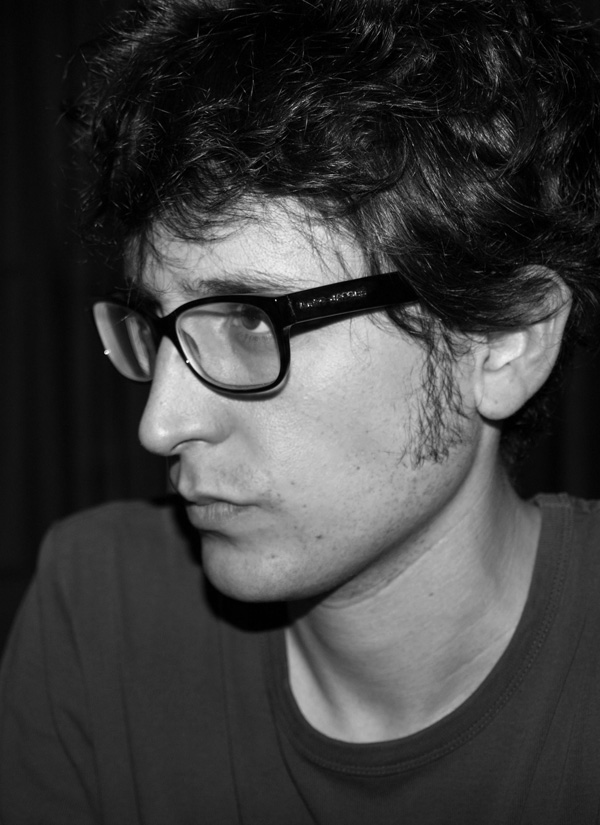 Javier Lloret’s [ES] work crosses boundaries between media art and design. He holds a master in Art “Interface Culture” from the University of Arts and Industrial Design Linz (Austria) and a Master in “Lens-Based Media” by Piet Zwart Institute (Rotterdam, The Netherlands).
His interactive experiences investigate the influence that different spatial configurations have in the participants’ behaviour. In his line of work in the field of artistic photography and video, he often explores social conventions of behavior in contrast with individuality.
http://www.javierlloret.com/
http://www.puzzlefacade.com/