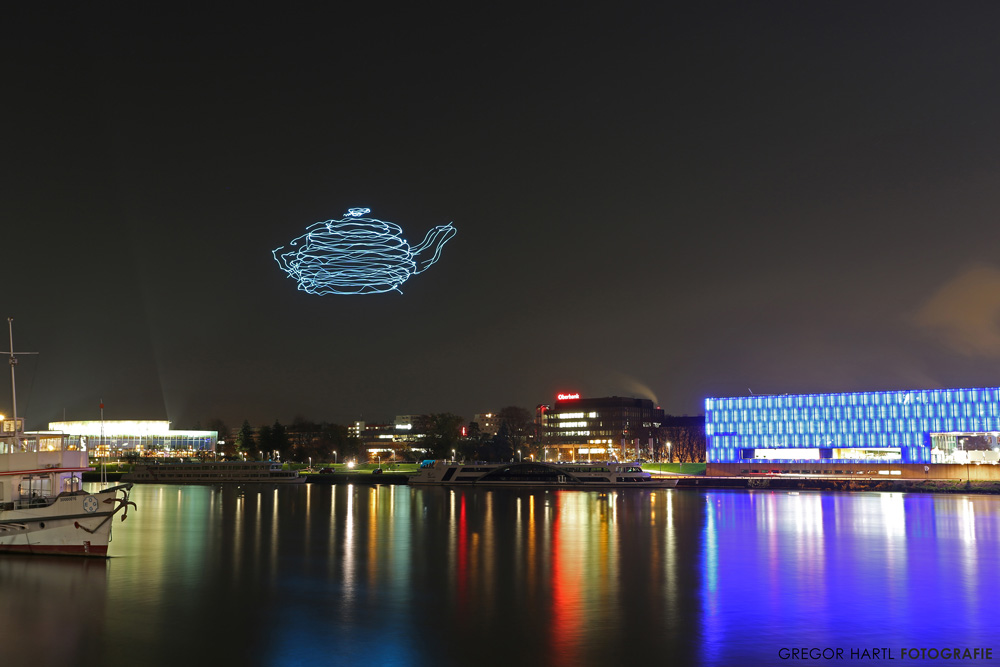 The Spaxels, the 3d-Pixels that the Ars Electronica Futurelab has created based on quadcopter-technology, have proven their skills to paint logos and animations into the sky a number of times. Currently, the next step is being tested, and it looks amazing.

The idea is both simpel and powerful: In order to create more complex 3d-forms than you usually could with the limited amount of Spaxels, you use a so-called Real Time Lightning Paint Video System. The human eye can only perceive lightsources, but can’t really track their light-trail, something that cameras can do. They are set up for long-exposure-shots and through this, you can create complex 3d-models out of nowhere, using the Spaxels, cameras and screens. 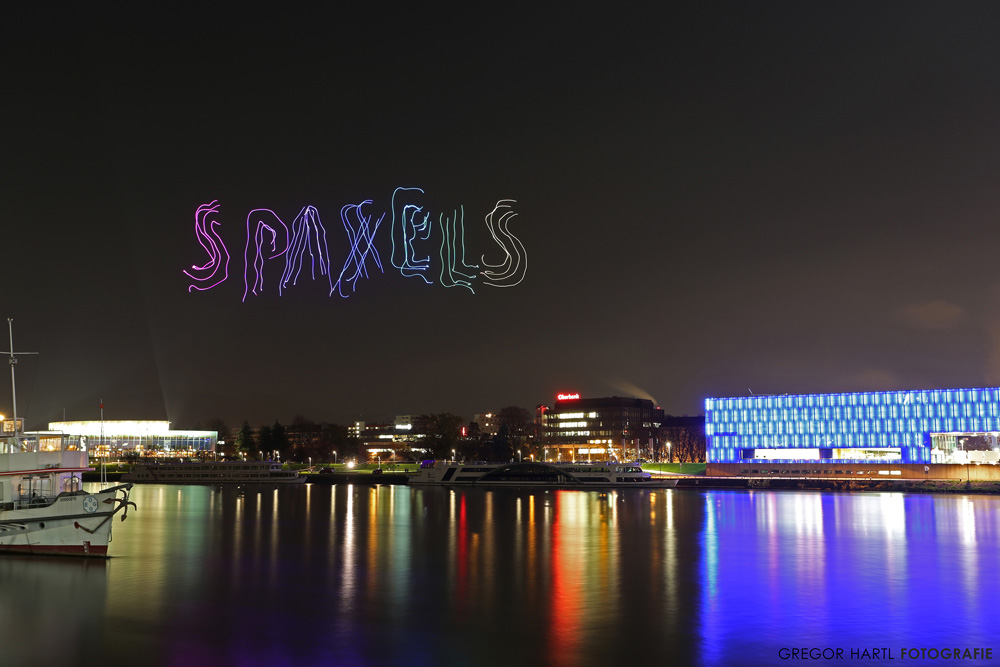 This is a great way to open up the canvas and unlock the creative potential of this technology, since the complexity of an animation or model is not depending on the amount of Spaxels any more. The Futurelab sure is going to have a lot of fun with this in the future, and so will the audience.

But what about the teapot? Well, back in 1975, Martin Newell from the University of Utah needed a model for a work on computer-graphics, and he chose his wife’s teapot, because it was fairly complex and looked good even without textures. It was one of the first 3d-models in history and has become a running-gag in the field of computer animation, and has found it’s way into pop-culture.

Check out more information about the Spaxels following this link.