Anatta: The Illusion of Self 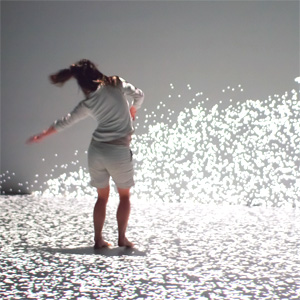 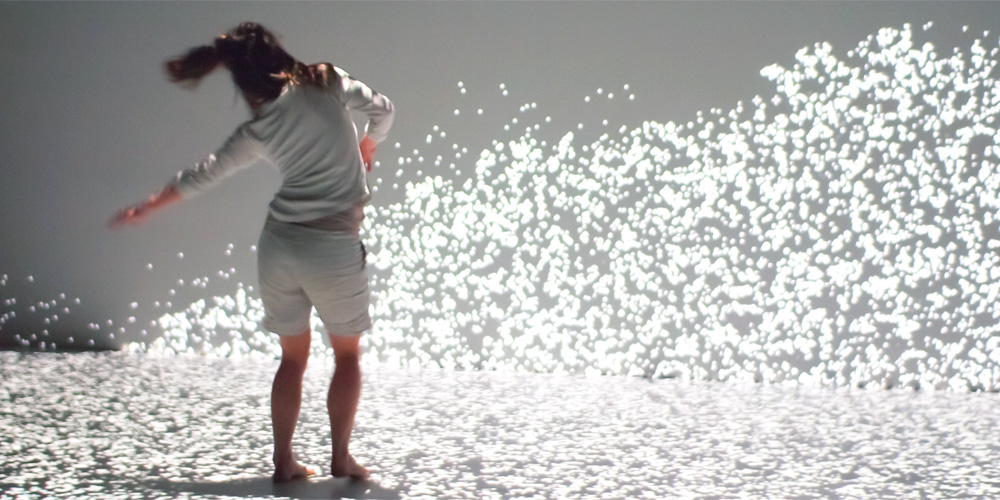 The visualization of a bachelor’s degree project entitled “Anatta” totally blew away the audience that gathered in the Ars Electronica Center’s Deep Space in late January 2014 for the first installment of “TIME OUT,” an exhibition series designed to showcase local media artists and conducted in cooperation with Linz Art University’s Time-based and Interactive Media program. Since its public debut, there have been several more performances of this fascinating piece of dance artistry created by Macedonian-born student Viktor Delev and dancer Joanna Gruberska, a native of Poland. Laser-tracking technology captures the dancer’s movements in the performance space; software written by the 25-year-old programmer reacts to them in real time and projects large-format, animated visualizations onto Deep Space’s walls and floor. The next opportunityies to experience this extraordinary 20-minute dance performance live are in conjunction with MUSEUM TOTAL on Saturday and Sunday, March 22-23, 2014 at 2:30 PM each day in the Ars Electronica Center. In this interview, Viktor Delev gave us a few personal insights into his work. 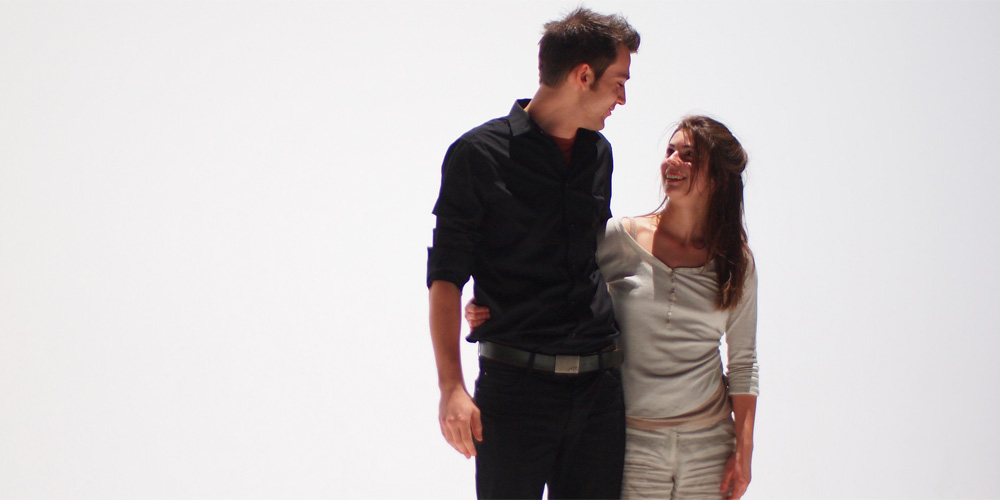 How did you come up with the idea of developing a dance performance especially for Deep Space?

Viktor Delev: In light of the fact that my previous interactive works had been detailed and comprehensive encounters with the body as interface and the technology required to make this happen, the next logical step was to link up this technology with a corporeal art form such as contemporary dance. And fortunately, this was the exact point in time that Linz Art University and the Ars Electronica Center were arranging this joint venture, which is what enabled us to develop this project in Deep Space. 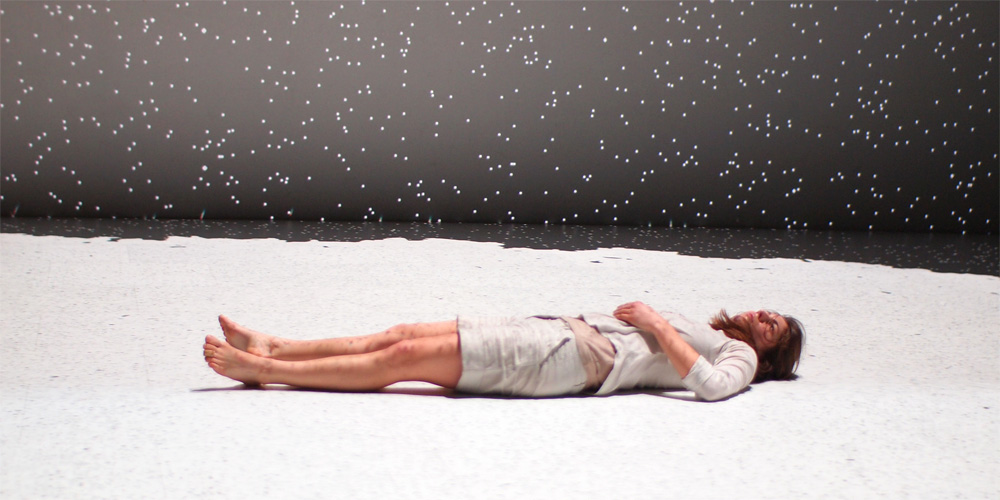 What exactly does the title “Anatta” mean, and what is this performance telling us?

Viktor Delev: The title comes from Buddhist scriptures—to be exact, from the phrase “sabbe dhamma anatta” meaning that all phenomena are without a self, without an enduring core. These teachings speak of the illusion of the self, of the artificially created ego that is fed by its growing desires, and incessantly clinging to that which is ephemeral. In addition to this Buddhist approach, it’s enlightening to consider the latest efforts by scholars in the fields of neurology, philosophy and theology to describe the essence of consciousness.

All these theories have something in common: they are arrested in a speculative stage and will presumably never get beyond it since all mental activities such as those of the brain are subject to the biological conditions according to which a human body’s organ of thinking is structured and functions, and thus cannot be asserted to have general validity.

The upshot of this paradox is a sort of feedback effect. This raises the question of whether perception and /or external factors control our actions and thoughts or whether the ego really does act with sovereign autonomy. We aim to simulate this feedback process in our performance in that, on one hand, the dancer delivers the impetus into the system that, on the other hand, reacts to the resulting visualizations and thus, in turn, feeds new information into the system.

In “Anatta,” you’ve brought technology and the human body one step closer together. What was the most daunting aspect of the implementation process?

Viktor Delev: The hard part was to maintain a balance between the art forms and the technology in such a way that the artistic and performative latitude remains as great as can be and is not restricted by the possibilities of the technology. We invested a lot of time in the development and evaluation of the interactive elements. We adapted them step by step and tested their choreographic potential. Furthermore, developing the software and adapting it to the infrastructure in Deep Space was time-consuming—to say nothing of nerve-wracking—since this could only be tested on-site and within very short timeframes.

What software did you use to program the visualizations for Deep Space?

Viktor Delev: The technical backbone of this project is Holograph, a program I wrote in C++. It’s based on the open source software library Cinder and processes the information received from the dancer. These data are then visualized by means of parameterized GLSL shaders, forwarded via OSC protocol to Ableton Live and sonified. 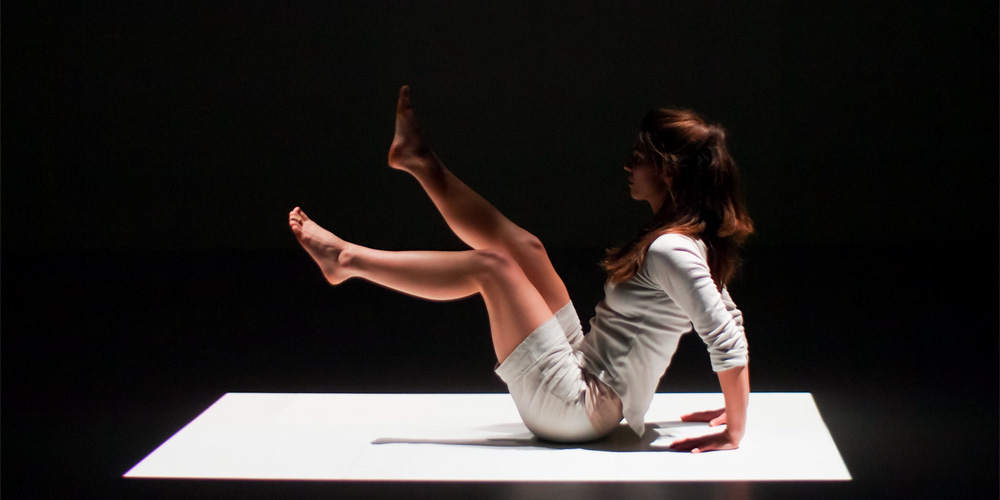 How did you get into media art?

Viktor Delev: After completing my training as a software developer, I grew disenchanted with working in the IT sector, where creative freedom is pretty much limited to coming up with names for variables and functions … and there are even norms that apply to most of this stuff too! In the field of new media and in the Time-based and Interactive Media bachelor’s program at Linz Art University, the programming skills I had acquired could be used for creative purposes and even enhanced. Now, I’m adding greater depth to my knowledge in the Interface Cultures master’s program offered at Linz Art University.