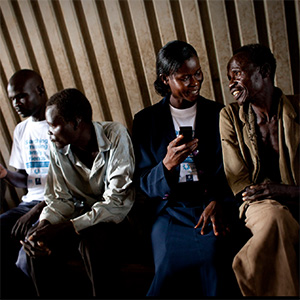 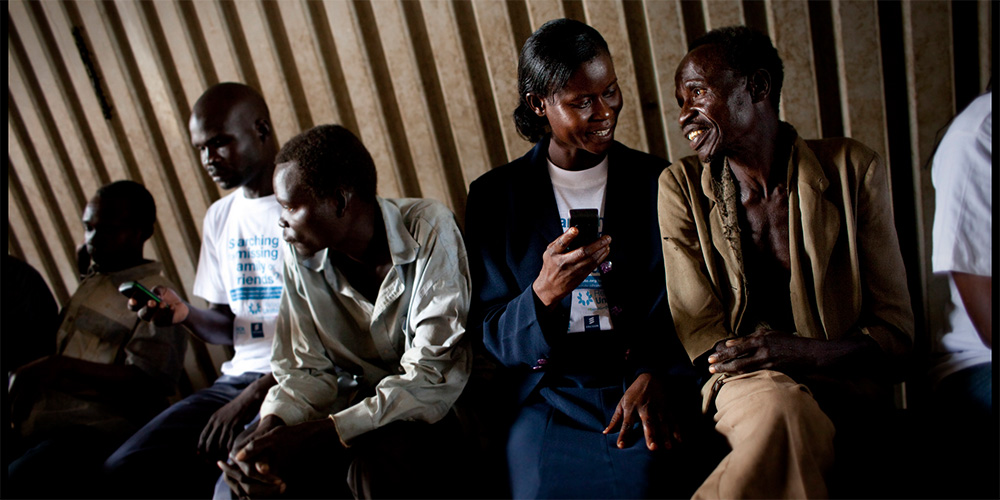 There is hardly any other field that has changed our lives such as the technology that links us human beings worldwide. The World Wide Web brings people together with their concerns, their problems and their stories. We spoke with Laina Greene, member of the jury at this year’s Prix Ars Electronica of the category “Digital Communities“, about why digital communities can move us forward, if there could be the danger that we do not hear anyone when everybody starts to speak, and how important the social context is for the evaluation of projects.

Why do we need the digital communities category?

Laina Greene: That’s a good question. We live in a world that is very digital so it is important to have a digital communities category. I tend to look at digital as a tool that helps to bring communities and the world together. That does not mean that the “analog” way of communicating is not important- it’s very important. But the reality of the world today is that we live in a digital world, which is also highly urbanized. In urban settings, people are becoming more and more isolated and digital technologies can be a tool for community building. It helps create community in sense of belonging, and in a sense of civic responsibility. Digital communities are also important because in a digital world, which offers people, a channel and a voice, it can also mean if you are not on a digital community then your voice is often lost. Hence, I am also passionate about connecting the unconnected—ie  about bridging the digital divide.

What do I mean by this? Take for example, if you build a school in a developing country, you first have to deal with issues of infrastructure of putting the school in place. Then you have to put a library, then you need a well-stocked library, you have to build roads in able to bring the books to the school. Then you need to find teachers that are willing to go these rural areas to actually teach in the school and you are limited by whatever the teacher has access to knowledge, etc. But if instead you build a school and provide a digital access to them, then the teacher and the students now can tap into a larger digital community of teachers and students, who are willing to share their knowledge. They can access a whole wide web of libraries. They can talk to other students. So people who can’t afford to travel can now have access to a whole digital world of collaboration and knowledge. I would say that for me personally digital technologies should be considered a human right. Because we live in a digital world today, just as we have air and water and food, the reality we need to be connected to thrive. It is a much more effective way for us to bring a better way and quality of life to everybody. 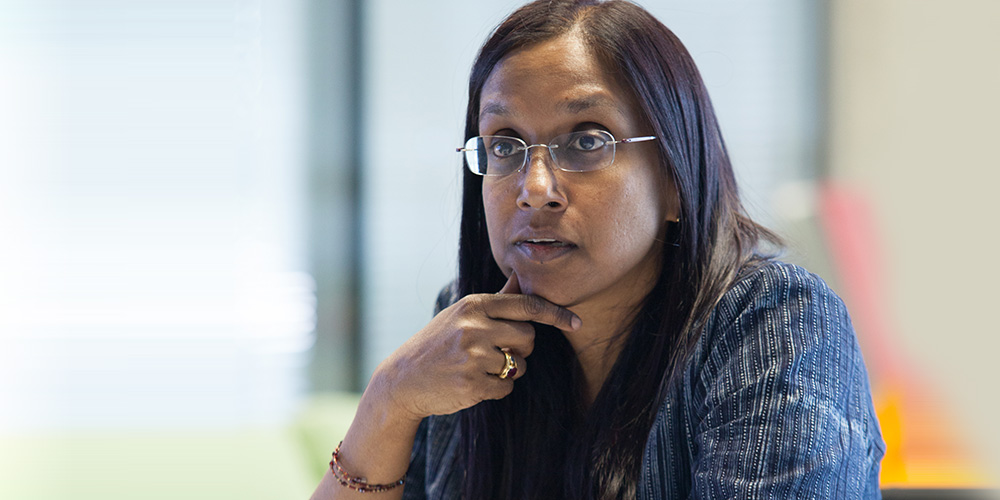 Concerning your aim to get much more people online – isn’t it difficult to hear them if there are too many voices speaking?

Laina Greene: If you have a radio station and everybody is shouting at the same time, of course their voices will be drowned. But I think the beauty of the digital communities is that people can create sub-radio stations. It is not one channel. The way we look at broadcast and media was one person communicating with thousands of people. What the digital world or the Internet brings to us today is many people talking to many people. It’s a multipoint to multipoint network which is very different from the old way of communication. And there are never enough channels in that sense. If you take the current issue of the women in Nigeria where 165 girls were kidnapped from their school and being sold as brides, if not for the digital world nobody would have heard their voices. Nobody would have known their story. Now it’s going virally on Facebook and other social networks and there is now pressure on the government to do something about it.  Hopefully those girls will be saved. So I would say, there are still many voices that haven’t been heard and need to be heard. Traditional mechanisms are not enough. 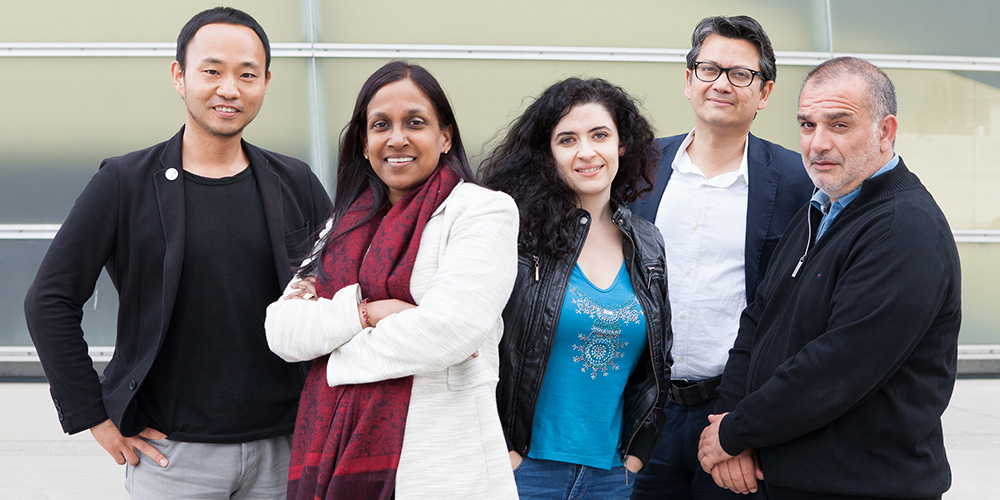 If we look at the projects that have been submitted for the category “digital communities” of the Prix Ars Electronica 2014 – to which topics do the projects refer most?

Laina Greene: Actually it was a really diverse group of projects. There were projects that focused on the education, on civil rights, and even on people fighting against censorship. We had projects that were empowering, such using digital communities to help the poor and eliminate poverty. We also had a nice mix of projects from developed countries as well as developing countries. One of the nice things about our jury is that we are a group of diverse and eclectic people. Many of us have different background like myself for example: I’m traditionally from a developing world because I grow up in Asia but I’ve lived in Europe and in the States, so I consider myself as a global citizen. I don’t consider myself as only as an Indian or an Singaporean but I have a broad perspective on life. We have an Indian who has lived in Africa, grew up in Asia and now living in Austria. We have a Syrian/Spanish who has lived in Galicia in Spain, we have an Italian/German, etc. That was very interesting because individually as jury members we had different perspectives and because of that we were able to look at projects with great insight.

Often a project on the surface looked amazing but each person was able to give enough social context to the project so that we were able to understand the project within the social context. For example, if it is a project in Iran it on the surface looked like a simple project that one could say “Ah, there a thousands of them in Europe”, but within the context of  Iran, we understood that it is so powerful since people need great courage to do that in Iran. The social context is very important of all projects were so key. We also had the gender diversity and the passion diversity. Someone who came from a natural disaster that was so close to them like Fukushima could relate to value of citizen project that seem so simple. In summary, there were no one category of projects that stood out but rather project-wise we had a diversity and the diversity of the  jury helped a great deal to access them all. From that social context we realize how powerful many of the projects were and choosing winners was not an easy task.

Laina Raveendran Greene is Chief Executive Officer of GET-IT, Green Energy Technology and Info-communications Technology and Executive Director of a public listed telecom tower company in Indonesia. Laina’s work experience spans 25 years in the telecoms industry with a focus on Green ICT and bridging the digital divide in developing countries. She also served as Secretary General of the Asia Pacific Internet Association, Board Director of Globetel Communications Corp, Guest lecturer at the Global Enterprise Marketing program at the Stanford and founded, and ran over 10 years and sold an interactive digital media company in Singapore. Based in Silicon Valley, Singapore and Indonesia, she considers herself a serial entrepreneur and a Global Citizen.