Time of Day and Appointments at a Glance 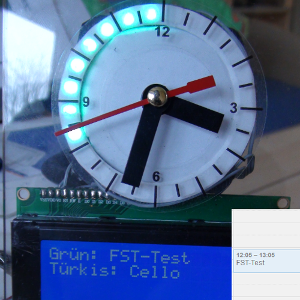 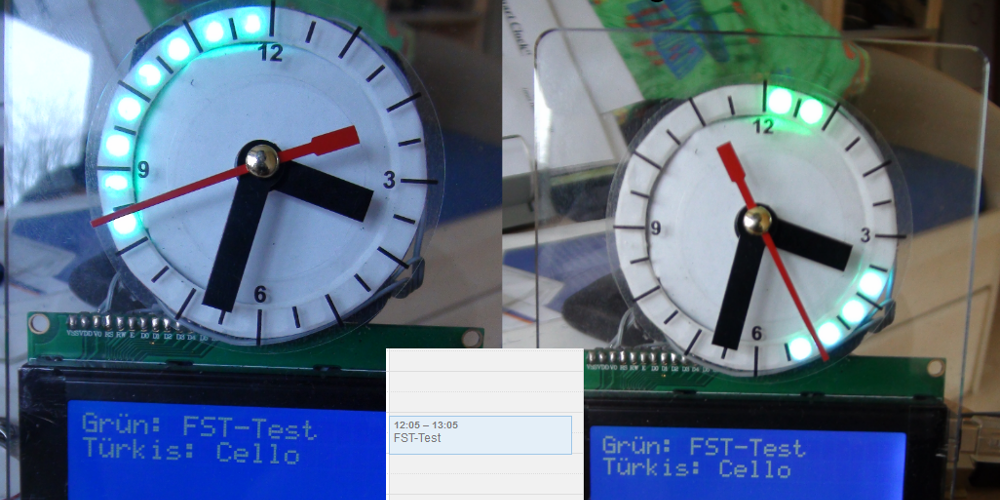 Jonas Bodingbauer’s Smart Clock shows the time of day and your appointments in one user-friendly display. The 15-year-old student from Linz developed a clock that lets you see not only the current time but also upcoming appointments that were entered in Google Calendar. Behind the clock’s face are LEDs that light up at the precise time an appointment is scheduled. Users can toggle between a 12-hour format and a detailed one-hour view that lets you see when a meeting is set to begin and how long it’s supposed to last. The subject of the meeting is shown on an LCD display beneath the clock’s face.

The Smart Clock is an excellent example of the outcome of DIY thinking and of the use of open-source technologies,

stated the 2014 Prix Ars Electronica jury that honored it with an Award of Distinction in the u19 – CREATE YOUR WORLD category. In this interview, Jonas goes into the Smart Clock’s background and how he acquired his outstanding hardware & software skills.

Tell us, Jonas, how did you come up with the idea of the Smart Clock?

Jonas Bodingbauer: Even though I had a calendar in the Cloud, I still sometimes missed important appointments. In other words, the calendars on the computer and the smartphone unfortunately weren’t much help. That’s why I started to think about how I could better visualize my appointments so I could maintain an overview and not miss any more scheduled meetings. And then I came up with the Smart Clock idea.

Had you even invented or programmed anything before that?

Jonas Bodingbauer: I’ve programmed a lot of little things with the Arduino platform, and I used my Lego Mindstorms robots to build a printer that can print out picture files up to about 100×100 pixels. But I never put together anything as elaborate as the Smart Clock.

Where did you acquire your skills in working with hardware and software?

Jonas Bodingbauer: I started to learn the programming language C++ when I was about 12 years old, though I didn’t really understand what it was all about back then. Working with my Lego Mindstorms NXT took me to the next level: microcontroller programming and the Arduino platform. At the moment, I’m focusing on C++ again. Plus, for the last two years, I’ve been attending Leonding Secondary Technical School, where I’m studying electronics and computer engineering, and also learning a lot of fundamentals having to do with hardware. 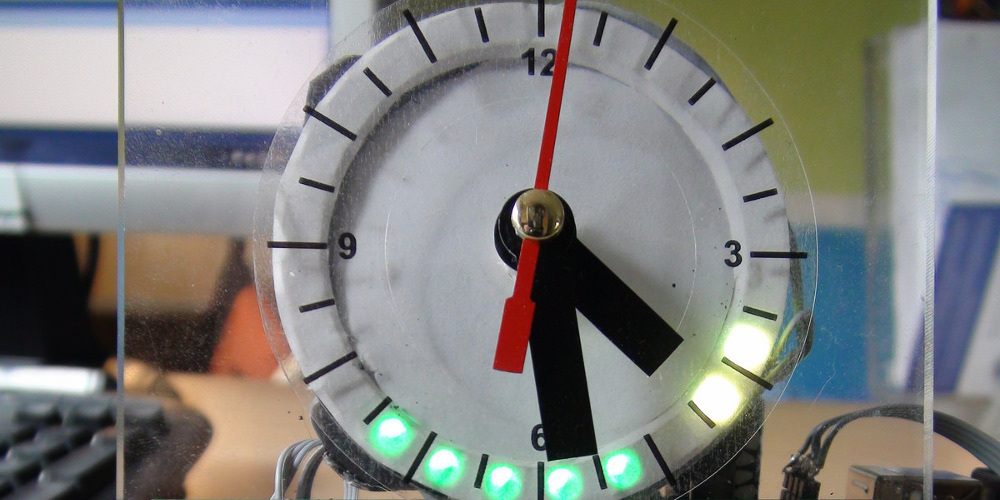 In developing the Smart Clock, did you proceed according to a specific plan?

Jonas Bodingbauer: I didn’t actually have a detailed plan. Naturally, I knew in advance how the clock should ultimately look and I even drew up a few sketches. But as far as the hardware and, above all, the software were concerned, I only had some rough ideas.

How long did you need to produce the Smart Clock?

Jonas Bodingbauer: Approximately two months, though that also includes the three weeks I spent waiting for the components to be delivered, so I could hardly do any work on the project during that time. And I didn’t work on it every single day. There were weeks when I devoted no more than an hour to the project, and then again there were days when I worked on it for four hours or more.

What was the biggest challenge in making this happen?

Jonas Bodingbauer: The biggest challenge was really getting the clock to do what I wanted it to do. There were also a few problems with the WLAN and the connection from the server to the clock. And for a long time, the data processing didn’t function quite right. But now, everything works perfectly.

What the jury praised most of all was the do-it-yourself thinking that gave rise to the Smart Clock. What advice would you give to others who want to make things on their own?

Jonas Bodingbauer: To learn something about hardware and software, there’s a lot of information available on the internet, but since a lot of it’s in English, you shouldn’t have any qualms about reading texts or watching videos that are in English. Of course, reference books are a very important source of information, but even though they’re sometimes very complicated and expensive, reading them really pays off in the end.

Do you think that the do-it-yourself trend that’s rapidly gaining adherents at the moment will remain strong in the future?

Jonas Bodingbauer: Yeah, I think so. 3-D printers are becoming increasingly widespread and that means more and more possibilities for DIYers. 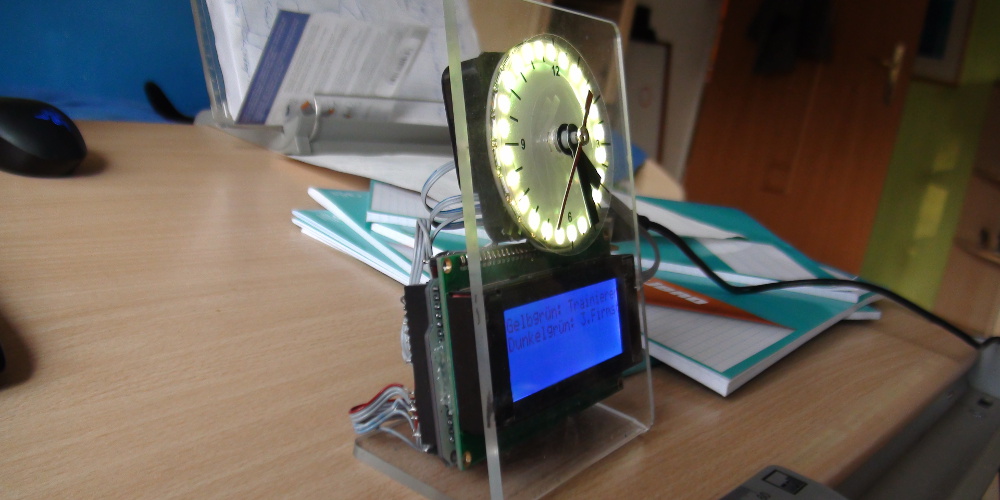 The Smart Clock takes Google Calendar data and transfers them into the analog world. Do you expect to see a growing number of these “multifunctional devices” in the analog world as well?

Jonas Bodingbauer: I believe there’ll be more and more gadgets like the smartwatches and the Google Glasses that we’re seeing now. But above all, I think that smartphones will be dramatically enhanced and upgraded on an ongoing basis.

Why did you decide to submit the Smart Clock to the Prix Ars Electronica?

Jonas Bodingbauer: I had already taken part in the Prix Ars Electronica the previous year, so I thought I’d give it another try with this project.

Is your next project already on the drawing board?

Jonas Bodingbauer: I’m always getting new ideas, but I’m not focusing on a particular project at the moment. I’m currently involved in programming computer games. Maybe the next thing I’ll do is develop a little game.

Anybody who’d like to try out the Smart Clock themselves can do so during the Ars Electronica Festival September 4-8, 2014. Head over to Linz’s Spittelwiese and check out the u19 Exhibition showcasing all 15 projects singled out for recognition this year in the Prix Ars Electronica’s u19 – Create Your World category.