Ryoji Ikeda immersing into the world of physics at CERN 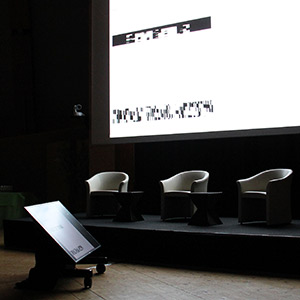 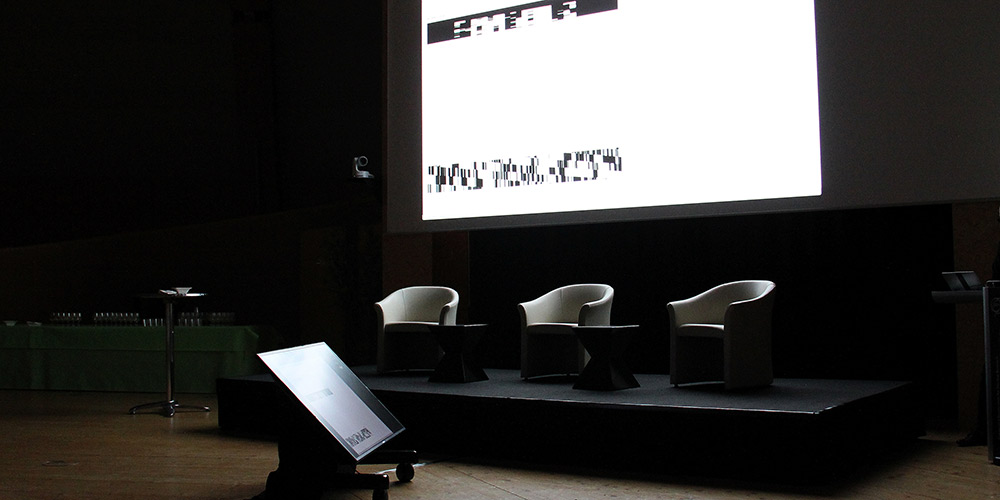 The third winner of the Prix Ars Electronica Collide@CERN Recidency Ryoji Ikeda started his first part of the residency in the beginning of July. After his first ten days in the world of particle physics, the LHC, theoretical and experimental physicists, Arts@CERN invited to an initial lecture at CERN Globe of Science and Innovation in Switzerland. Ryoji Ikeda and his science inspiration partner Dr. Tom Melia, theoretical physicist, talked about their previous work and how they team up in art and science. 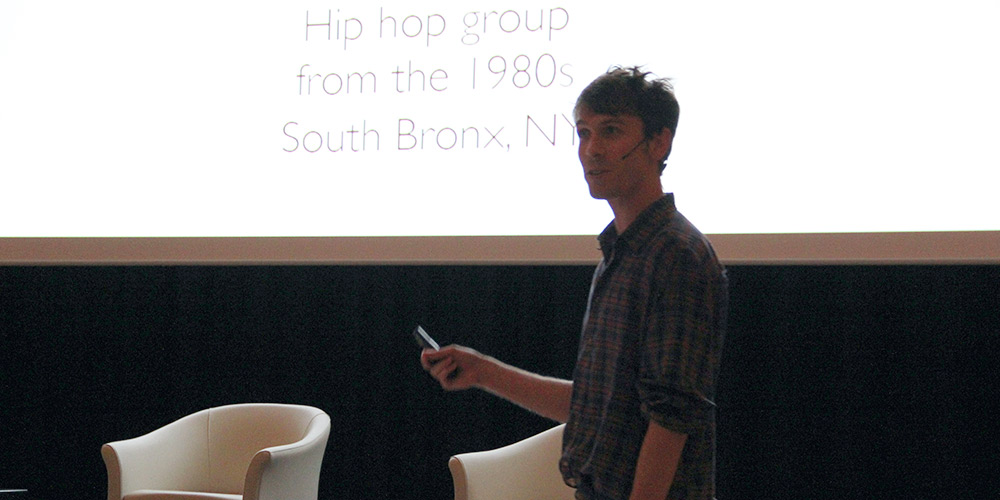 In his first few days at CERN he dived into the world of physics and works hard to understand what the scientists are working on and how the huge amount of data that is gathered each day at CERN could be approached.

“Normally, I am using 1 or 2 pages of data to inform my work, but this is huge. I am overwhelmed”, Ikeda says.

He wants to dive even deeper into the world of CERN and learn more about what the physicists are working on at CERN. Ikeda pointed out that he needs to understand what is going on before he can work and decide what is coming out of this residency. “This is a special time for me”, he points out. At the moment, he is spending a lot of time talking to physicists, reading and calculating to get him through this process of transformation to create something new. 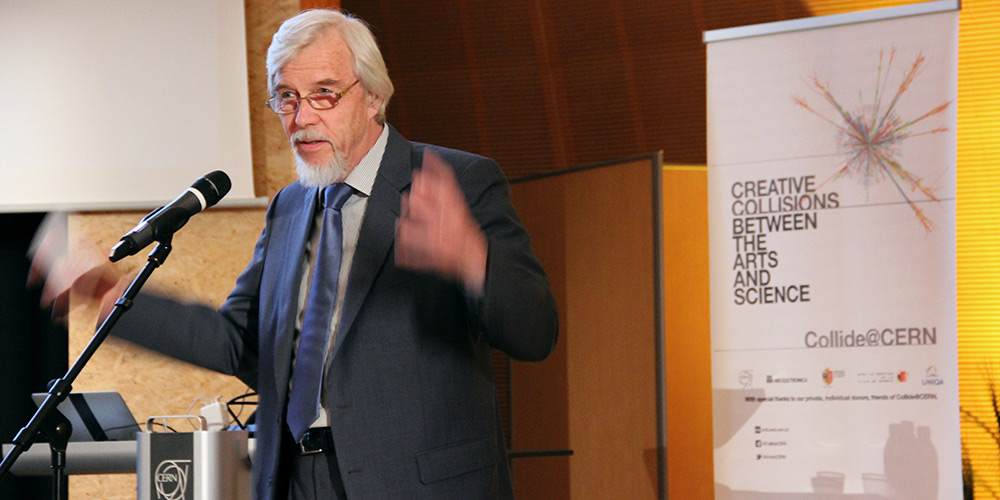 Director General CERN Prof. Rolf-Dieter Heuer, Ariane Koek and Horst Hoertner opened the lecture and introduced Ryoji Ikeda and Dr. Tom Melia to the audience. Both talked about their previous work, why they decided to engage in this residency as a unique opportunity for both and how they want to get inspired by this collision of art and science for their future work. The audience had a special pleasure to see and hear Ryoji Ikeda presenting himself as he always prefers to let his art speaking and rarely presents his work accompanied with a talk.