ARTS2: The Art of Programming 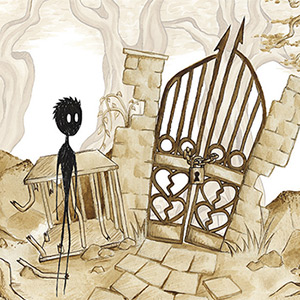 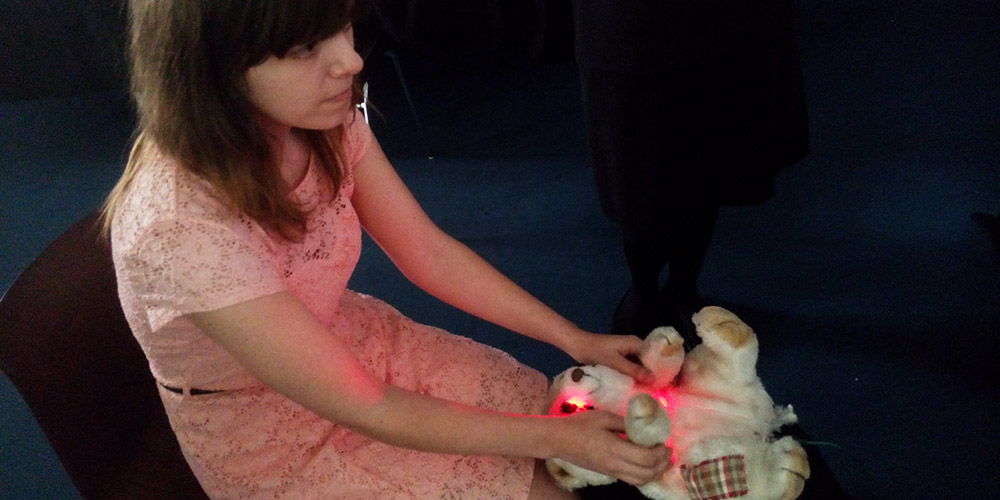 “Teddy Fear” is the title of one of the computer games. Photo: Alison Godry

In staging its annual Campus exhibition, it’s become something of a Linz Art University tradition over the last 10 years not only to showcase the prodigious talents of undergrads in the school’s Interface Cultures program but also to invite a partner institution from outside Austria to make a guest appearance. During this year’s Ars Electronica Festival, September 4-8, 2014, the university’s campus on Linz’s Main Square will be hosting a show of media art works by students from Mons, Belgium, the 2015 European Capital of Culture. ARTS² – École supérieure des Arts is presenting an exhibition entitled “Programmer ou être programmé” [Program or Be Programmed] containing 20 works by Digital Arts majors. In this interview, Professors Michel Cleempoel and François Zajéga talk about curating the works that make up this show. In it, art and science are inseparably linked, and programming media art isn’t just a secondary consideration; rather, it’s an integral part of the concept right from the outset.

What makes ARTS² so special?

François Zajéga: Before ARTS² was founded two years ago there were three different domains – Visual Arts, Music and Theatre – that were merged together into one academy. Working with other sections was a nice opportunity for us especially in Digital Arts. This is what makes this school very special in Belgium because all three domains share the same infrastructure. You are teacher within the Digital Arts department of ARTS² – what’s your focus?

Michel Cleempoel: The Digital Art section is located in the Visual Art domain and exists for ten years now. It is a basic university-like study with a 3-year-bachelor where the students are introduced to all the technical and creative processes and 2-year-master where the students develop originally artwork by integrating various techniques. The focus points out the necessary artistic quality, experimental dimension and originality of the research. ARTS² is the only school in the French part of Belgium that has included a Digital Art section where we consider programming that goes through all years. The Digital Arts department provides training for digital media like graphics, pictures, web, animation, programing, video, 3-D, sound, and so on. There is a strong emphasis on creativity and interdisciplinary but it is narrower than what you call “new media” in this way that the core of the studies is based on programming. For example, we don’t only produce videos but we also try to make interactive video installations – not only videos that can be watched passively. The training includes also an ethic dimension about technologies and society.

We really want our students to be able to use digital technologies as responsible citizens. What can we expect at the Campus Exhibition during the Festival?

François Zajéga: The title of our exhibition is “To program not to be programmed”. The literal translation of “Programmer ou être programmé” in French indicates the need to master our tools, including writing code, not to be enslaved by them. It means that students integrate programming as a common tool; it’s not optional that comes at the end of a process. Everything they do they have to think it in a programming way. Obviously they have to learn Adobe Creative Suite but they are encouraged to develop their own tools.

There will be different interactive video installations or generative visuals we are going to show. There will be electronics made with Arduino boards. Obviously there are some games. The majored part that will be showed is developed with the programming language Processing. We insist on learning programming in an open-source approach mainly based on Processing. For example: One of our students likes to work with language and uses an artificial voice to generate automated poetry. Two of the interactive installations we will show are developed together with our Electroacoustic Music Department of the music section.

The works are the results of their study?

Michel Cleempoel: The major part we are showing at the Campus Exhibition consists of projects from this year – the students worked one or two months on a project to finalize it. They all have their specialty and their own field of research. And – last but not least – they choose their topic for their own and will focus on their personal projects in the Master courses. Someone is interested in gaming; another one likes to work with video or automatic electronics. We all guide them to the process and give them advices. We try to open the field of research as big as we can and organize the years with workshops, that’s highly efficient. The workshops should be food for thought for their works. We also organize sessions with Numediart, institute from UMONS (University of Mons), to try to bridge the gap between science and the world of art. Umbra is about the story of a little timid girl, photo: Laura Maugeri

And the students will attend the Festival…

François Zajéga: Ten students will come with us to Linz during the Festival Ars Electronica 2014. The exchange with other international students is very important. Of course there will be meetings with a lot of students from the Interface Cultures of Linz Art University. Normally the students do not travel a lot outside of Belgium very often. So it’s a good opportunity to discover the rest of the world, collecting professional contacts and to be more than just tourists. It’s really important for the students to come to the Festival Ars Electronica.

In the Roman culture in Europe it is usual to distinguish between art and science. For us this separation is obviously not really relevant, especially for Digital Art – we are using technology in our everyday life!

So we are coming to Ars Electronica to try something to move here in French-speaking Belgium. We are not always accepted as an art section of our colleagues painters or sculptors because we are at the intersection of art, technology, communication, graphic design …

When they are finished with the study – are they called artists or technicians?

Michel Cleempoel: Technical artists describes it very good. One of our strong points in our section is that there are people that can choose between art and technology. They can work more as a technician or more as an artist. They can switch. We would like them to be very good in both things but the students choose their side.

The exhibition „Programmer ou être programmé“ can be visited from September 4 to September 8, 2014, at the University of Art in Linz during the Festival Ars Electronica 2014. At ars.electronica.art/c you will find more about the events during the festival.