Project Fumbaro Eastern Japan – Getting Aid to Those Who Need It 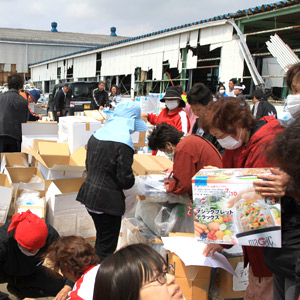 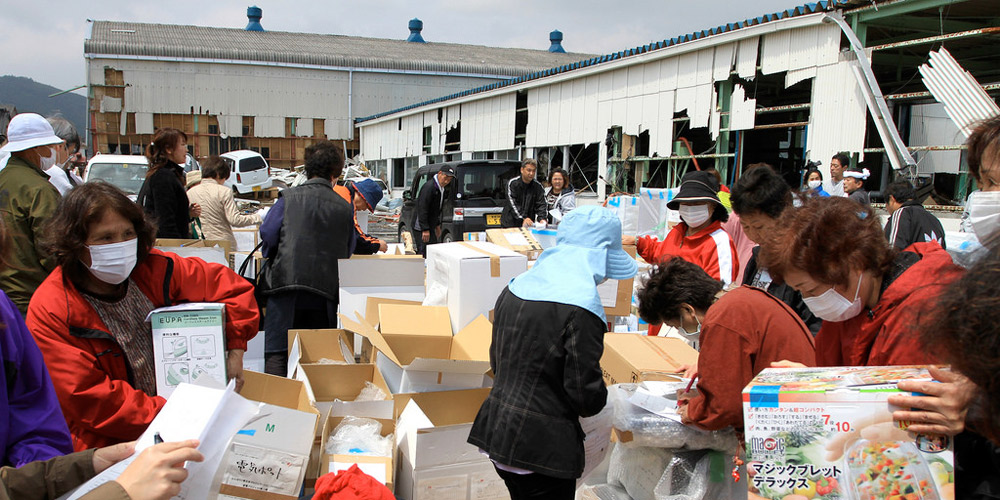 March 11, 2011 is a date that will never be forgotten in Japan: the day the eastern part of the country was rocked by the worst earthquake ever recorded there. This was followed by a huge tsunami that sent 10- to 30-meter-high waves crashing onto Japan’s east coast, which in turn triggered catastrophes at several atomic power plants including the one at Fukushima. This disastrous chain reaction claimed the lives of approximately 18,000 people and left 470,000 homeless. At the time, Takeo Saijo was an instructor in the MBA program at Waseda University’s Graduate School of Commerce.

Incensed by how slowly and inefficiently aid was being provided to victims and moved to take action in the name of one of his own family members who had perished in the catastrophe, he initiated “Project Fumbaro Eastern Japan“, a crowdsourcing-based online platform that came up with a revolutionary way to match the acute needs of victims with aid that people who wanted to help were ready to provide.

In this interview, Takeo Saijo, winner of the 2014 Golden Nica in the Digital Communities category, discusses the potential of digital networking in the aftermath of a catastrophe, gives an account of his experiences in establishing Japan’s biggest volunteer initiative, and talks about what really matters: Saying “Thank You!”.

Project Fumbaro Eastern Japan shows the high potentials of digital communities nowadays. What are the main advantages in using this technology?

Takeo Saijo: This system could deliver supplies directly to the right people in the desired quantity in real time in emergency supplies. In fact this system was used in 2012 during the unprecedented rain disaster in Kyushu, and in 2013 during the landslide disaster on Oshima Island. Especially if you can utilize Amazon’s “wishlist” system, donors bought supplies on the wishlist, then the items immediately were sent to evacuees from oversea. In total more than 55,000 items such as chain saws, bicycles and home appliances were donated from around the world. This system is now used by Animal rescue team etc. If you want to donate something, you can donate goods such as pet food, that the foster families need using the following site: fumbaro.org. 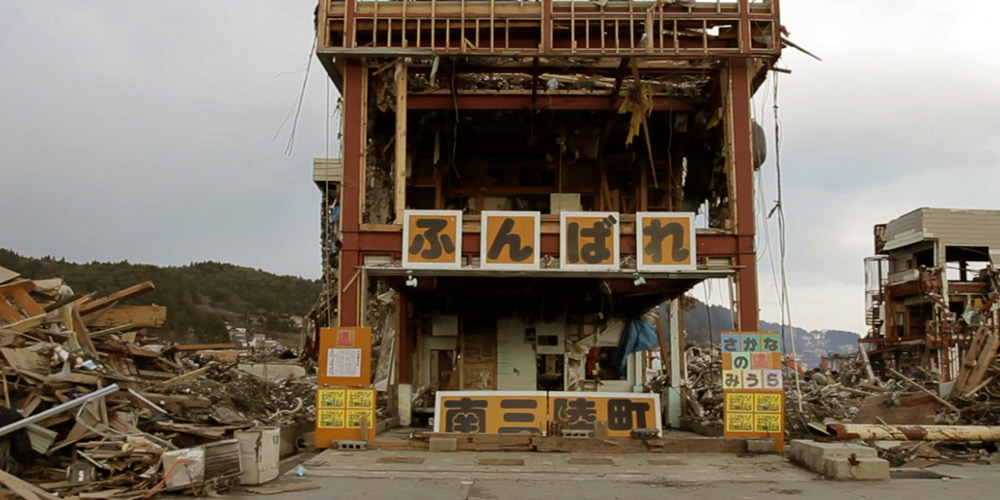 When and how did you start your community, and why?

Takeo Saijo: The huge tsunami in Japan devastated the coastal areas, in particular the Tohoku region. I am from Sendai in Miyagi Pref, where I lost a relative to the tsunami. It was extremely difficult for the government and the existing framework to identify and determine all affected areas and to provide necessary support. In addition, houses, buildings, cars, roads, trains, rail roads, workplaces, communications networks were washed away in the devastated areas, making it difficult for the survivors to move around or access the Internet, thus severely limiting their activities. In such emergencies conventional top-down administration systems do not function adequately. To cope with these demanding circumstances I immediately constructed developed structures that connected supporters with victims’ needs with reference to the Principle of Method.

According to this Principle, “the effectiveness of a method depends on the objective and the situation”.

There is no universally correct method suiting all situations. But the principle “the effectiveness of a method depends on objective and situation” is universal. We can return to this Principle anytime to develop an appropriate method flexibly.

At first I visited the area with my father and friends to distribute necessary supplies and assess the aid situation. We realized that supplies were not reaching small shelters and people living in their damaged houses. There was an adequate supply of large shelters, but under the circumstances there were not the resources to distribute to people who needed them. Although requirements varied according to their different circumstances, many survivors could use cell phones, and parcel delivery services were on a gradual recovery trend. This was the situation I observed after visiting and assessing the affected areas.

To support survivors we immediately made a simple homepage to publicize the needs for the minor or unofficial shelters and linked the homepage URL to my Twitter account. On the homepage we were able to update information in real time, so I requested donors to inform us about their donations immediately. As soon as needs were satisfied, it was announced on the web and this avoided imbalances in supply. All supplies requested on the homepage were delivered within 24 hours. This indicated that this system would be successful. In this way I developed a new support system which could deliver supplies directly to the right people in the desired quantity in real time. According to “Principle of Method”, I combined existing infrastructures into a new support system. As a result of our actions, over 1,000 shelters scattered over a wide area were given continuous support within a few months and the supply system finally realize more than 35,000 deliveries in the first year. 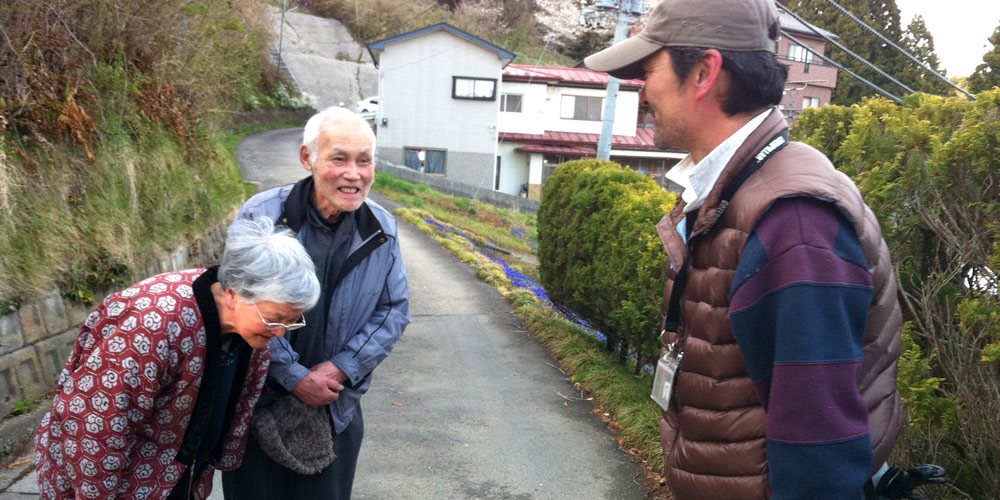 What lesson did you learn while organizing and creating such a huge community?

Takeo Saijo: Giving thanks is essential for all people and organizations. On the contrary, managers tend to take it for granted that staff will work well and staff tend to take it for granted that managers pay their salaries. But they are wrong because there are innumerable staff who don’t work hard and managers who cannot pay salaries thus causing serious financial trouble. We unconsciously become a condition taking it for granted – symbolically we take it for granted breathing smoothly. Leaders working hard tend to criticize subordinates not acknowledge them. Remember that all people want affirmation, so subordinates motivation might fall to a low level by such criticisms –especially in volunteer organization where it can drive away volunteers.

Thankfulness has multi-affirming functions. When we are the condition of being thankful to others, we feel affirmed. In addition when we thank others, they also feel affirmed. When we receive a salary we are glad and in the same way, when we are being thanked by someone we feel happy. In this way we can manage hundreds of thousands of volunteers.

An organization satisfied with gratitude is an ideal one.

But, you should not use affirmation purely as a method to control people, while managers unfortunately often misunderstand the use of this. Because people are able to detect this, the original meaning of the acknowledgment is almost lost. People want to be accepted, not controlled. 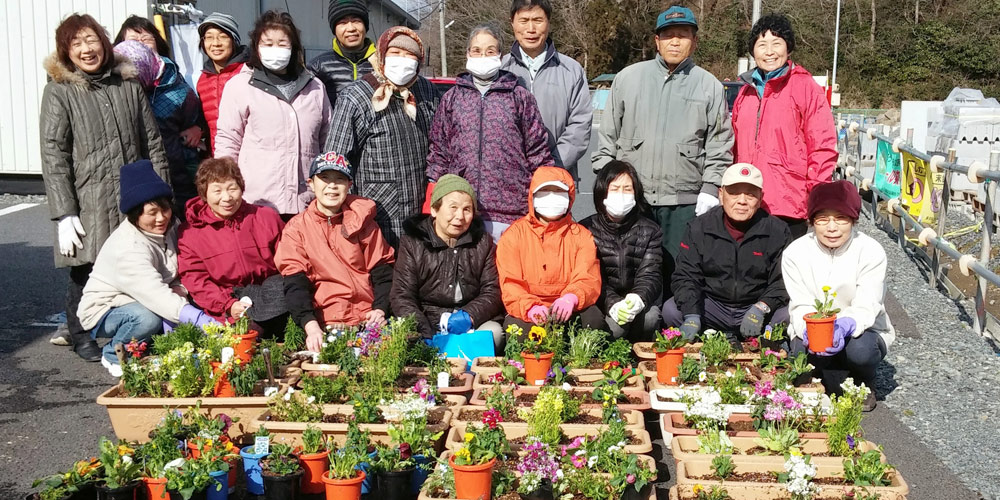 Takeo Saijo: Our system using SNS serves to link supporters from all over Japan and the world. Around 3,000 members of the Facebook group maintain and assist our activities and PFEJ consists of over fifty different groups of various size, each with different objectives; three prefectural chapters in Miyagi, Iwate and Fukushima; several municipal-level chapters in Tohoku and other areas as well as project-based individual groups and administration groups.

Utilizing Facebook groups was very effective to manage over 50 different groups efficiently. Moreover, in order to enable members to act autonomously, we devised a system which had a simple flat structure, with the director on top and various projects, chapters, administrative groups directly below. This is because the more organizations have hierarchical structure the more their decision-making efficiency is reduced. Thus, through several organizational restructuring over the years, we gradually shifted the administrative functions such as accounting and site administration from head office to each projects’/chapters’ group.

As a result of this, more than 3,000 volunteers were mobilized for over 30 projects, including: Home Appliance, Heavy Equipment License, Study Aids for Kids, Entertainment, PC + Internet Use, Writing Encouragement Letters, Geiger Counter Use, Hand-made Goods, Jobs Using Sewing Machines, Horticulture, Job Assistance, Animal Rescue Team, Handicraft, Fishery Projects. As a result, PFEJ, a project devised by one individual was able to achieve something that Japan Red Cross – who received contributions of more than 330 billion yen — could not.

The exhibition “CyberArts”, that will be openend on September 4, 2014, during the Festival Ars Electronica 2014 in Linz, presents the winning projects of the Prix Ars Electronica 2014. More information about that you will find on ars.electronica.art/c. Furthermore we recommend this article: “What Makes a Flexible and Functional Organization? Project Fumbaro Eastern Japan driven by Structural Constructivism” by Takeo Saijo.