Inside & Between: Within Different Worlds 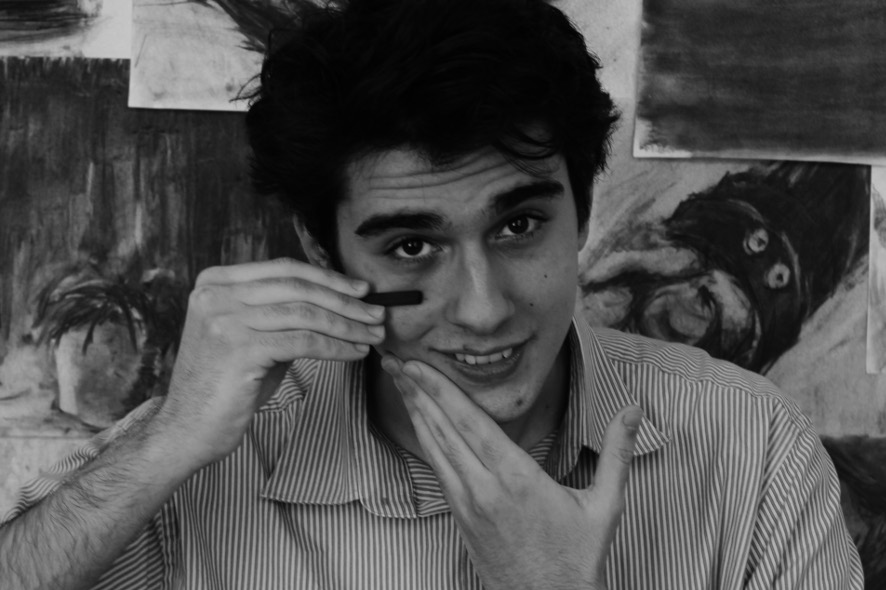 Gabriel Radwan is this year’s Golden Nica winner in the Prix Ars Electronica’s u19 – CREATE YOUR WORLD category. The 19-year-old student’s prizewinning project is a stop-motion film entitled “Inside & Between”. It consists exclusively of charcoal drawings that are repeatedly erased and redrawn. After each minute change, Gabriel Radwan captured the result in a digital photo. The final step was to assemble all these images into a stop-motion animated film about an artist — a painter to be precise — who loses himself so completely in his self-created illusion that he forgets everything going on around him.

“[…] Gabriel Radwan creates compressed images that speak volumes, poetry in its purest form. His brilliant use of motion pictures and sounds is both playful and sophisticated. His film derives its emotional force not from the narrative elements on the surface but rather from what’s inside and between them.” This is what the Jury Statement had to say about Gabriel Radwan’s artistic work.

In this interview, Gabriel Radwan tells us the story behind his project.

Here you can find his film: Inside & Between

Gabriel, is “Inside & Between” actually your first art project?

Gabriel Radwan: I completed several projects during my years at the High School for Artistic Design. But in most of them, I was prescribed a certain direction to go in since they were being created as coursework. There was a short period during summer break when I was doing charcoal portraits of some of my idols, but you couldn’t really call them works of art; they were more like studies.

In the case of “Inside & Between,” the school gave me an opportunity to use school facilities & equipment and get support from my teachers to produce an idea of my own.

Why did you name your project “Inside & Between”? 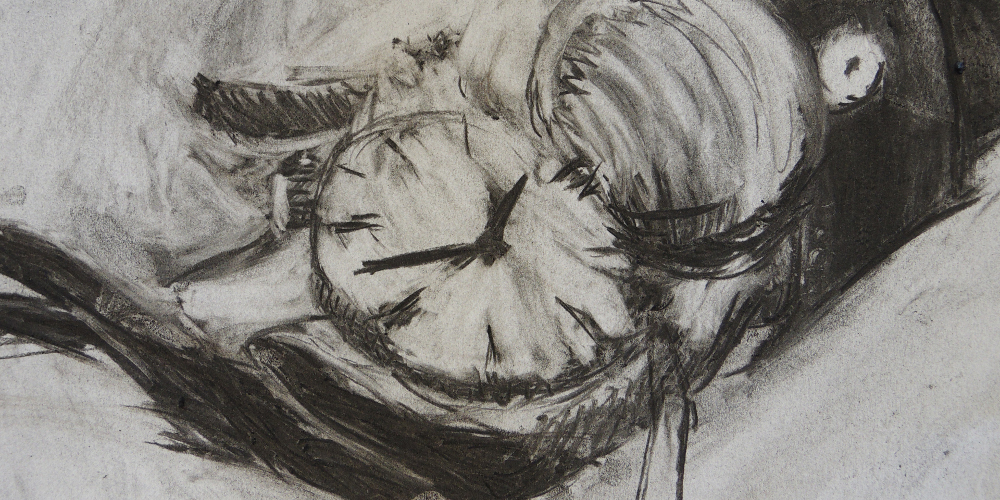 How exactly was this film made? How many photos did you take? How long did it take from the first drawing to the finished film?

Gabriel Radwan: I created this film in my fifth year at the High School for Artistic Design in Linz. I borrowed the technique from South African artist William Kentridge, who also works with charcoal and makes stop-motion films. For my year-end project, I definitely wanted to shoot a film with a supernatural plot. And this stop-motion technique enabled me to realize the images I had in my mind.

As for the individual steps in the creative process: I drew a scene, and then every single change I made to it, I documented with the camera. All in all, the film consists of about 1,500 photos made over the course of about six months.

To make this film, you did everything yourself. You even composed and played the music yourself. How did you come up with the idea of such an elaborate, extensive project?

Gabriel Radwan: I’ve been interested in the subject of isolation in connection with the human spirit ever since I first heard Pink Floyd’s album “The Wall.” So that’s why I wanted a plot with a similar theme. While I was doing the drawings and taking the photographs, I already had a certain melody in my head, which I later decided to use for the film. The music became increasingly distinct after I played around with it a little on the guitar.

What was the most difficult part of this project for you?

Gabriel Radwan: For sure, it was coming up with a cogent story that viewers can follow. The drawing part was just a matter of endurance, but writing an exciting story free of plot holes definitely demanded the most concentration.

Why did you decide to submit your project for prize consideration to the Prix Ars Electronica?

Gabriel Radwan: A few of my teachers advised me to enter my work. I might not even have sent it in if my teachers hadn’t talked to me about it. And that makes winning an even a bigger thrill for me!

“Inside & Between” will also be screened at the 2015 Ars Electronica Festival September 3-7 in the u19 Exhibit presenting the 15 best works submitted for prize consideration to the u19 – Create Your World category—and thus, of course, Gabriel Radwan’s short film too.