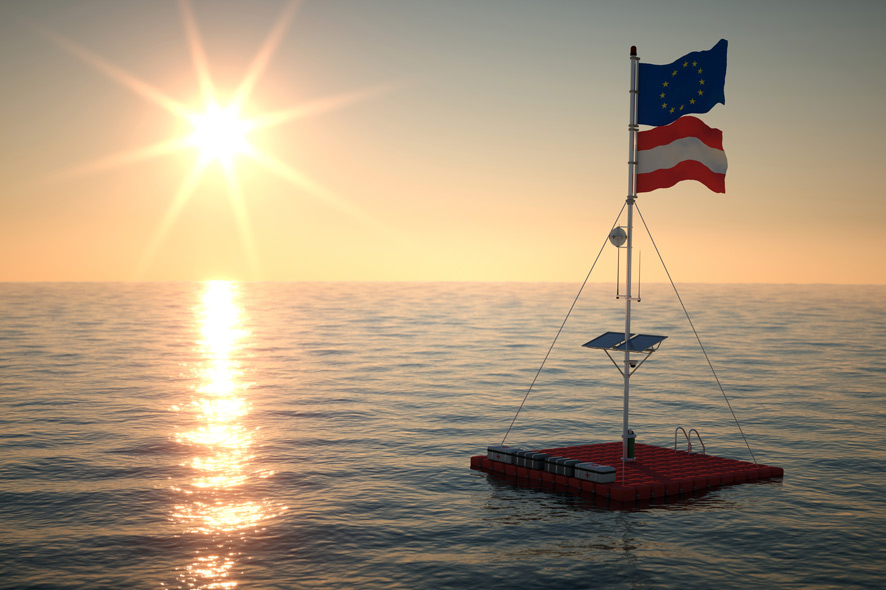 How can civil society take advantage of digital technologies to foster social and political change? The producers of “Digital Spring 2016“, a media art festival premiering March 6-13, 2016 in Salzburg, are in search of artistic takes on this subject and, depending on the type and magnitude of the particular project, can make available venues in which to exhibit them as well as provide subsidies ranging from 300 to 3,000 euros. Entry deadline is November 1, 2015. We recently met with Cornelia Anhaus of ARGEkultur for an in-depth discussion of media art’s prospects in confronting a democracy’s deficiencies.

How do you define the term “Artivism,” the theme of the first Digital Spring media art festival?

Cornelia Anhaus: Artivism is a portmanteau word: art plus activism. In my view, this encompasses artistic actions and interventions that treat socio-politically relevant matters in an unconventional way and thereby attempt to create public awareness or to critique and change the status quo—for instance, the actions staged by the Yes Men, the Peng Collective and the Center for Political Beauty, to cite only a few examples.

The festival’s aim is to deal with our society’s democratic deficiencies. What role can media art play in this?

Cornelia Anhaus: As one of the youngest and most innovative areas of interdisciplinary artistic creativity, media art is superbly suited to make people aware of social ills in a subversive way. After all, digital activism in general is said to have played a key role in the political shifts of the so-called Arab Spring as well as in the Occupy Wallstreet movement with its critique of capitalism and social polarization. The term “Tactical Media,” which was already being used in art theory in the 1990s, refers to media art actions that address and criticize prevailing political and economic systems.

“Hacker, hoaxer, whistleblower”—not only the internet phenomenon Anonymous has assumed a multiplicity of guises; digital activism per se has too! Now, with the prevalence of the internet and social media, protest doesn’t necessarily have to be covered by conventional media in order to reach an audience and make an impact. The dream of do-it-yourself is within reach, a state that can and should deliver the capacity to compensate for the unbearable lightless of virtual being.

At the Global Summit in Madrid in April 2015, the protesters included thousands of people from all over the world present in the form of holograms. Before Easter, Spain had enacted a “Law for the Security of Citizens” that made demonstrating in front of the country’s parliament punishable by a fine of up to € 600,000. As an act of civil disobedience, the demonstration was staged there as a three-dimensional projection. Prior to the “world’s first holographic demonstration,” participants had scanned in their faces to a website set up by the We Are Not Crime alliance. At the time, the organization’s spokeswoman said: “With our initiative, we’re envisioning a surrealistic future in which you first have to dematerialize yourself in order to denounce a violation of the freedom of opinion.”

In recent weeks, Salzburg has been a major hub of refugee activities. What role do digital technologies and social media play in this sociopolitical issue?

Cornelia Anhaus: An essential one! Both in terms of general public information such as enlightening people about what the refugees are fleeing from, and as a totally concrete means of coordinating aid—from publicizing what sorts of donations are needed to disseminating info about what helpers can do when and where. The speed with which these modes of communication get the word out far exceeds that of all conventional, official channels. Plus, propagating good news in social media outlets motivates people and promotes solidarity, which plays an important role in encouraging them to remain committed and not stick their head in the sand. Here, the term “social networking spaces” is endowed with real meaning.

The deadline for responding to the open call for submissions to the 2016 Digital Spring Festival is November 1, 2015. What should artists keep in mind in formulating their proposals?

Cornelia Anhaus: The submitted ideas and concepts should deal in concrete terms with Salzburg, with its democratic deficiencies and with current events—for example, the ban on begging at certain locations, acts of right-wing vandalism not pursued by prosecutors, and the whole subject of refugees. We’ve summarized this in our call posted on Facebook. Of course, thus should also be considered within a global context. Furthermore, it’s not mandatory that the project be produced at one of the participating cultural institutions (ARGEkultur, subnet, Kunstverein or Fotohof). Art projects designed for a public space or that can be presented only online are also conceivable. We seek non-commercial media art projects that create awareness of sociopolitical conflict zones and explore them in artistically innovative ways. In going about this, inspiration can be derived from Inke Arns’ definition of media art:

“Media art beholds a world pervaded by digital technology and focuses our attention onto it. Such media art doesn’t do this in spectacular fashion and is itself in numerous instances not even necessarily digital, since it’s not the (media) technology as such that’s of foremost importance but rather the way it exerts an effect on our behavior. Numerous manifestations of this sort of expanded, sometimes almost incidental media art even dispense with the use of technical media and instead reserve the right to freely choose from among diverse media in going about the task of making us cognizant of the role media plays in our everyday life (and, potentially, formulating alternatives). Thus, media art is beginning to emancipate itself from the obligation to utilize new media and new technologies.” 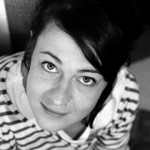 Cornelia Anhaus, born in 1977, studied political science and journalism in Salzburg. As an undergraduate, she worked as a journalist in numerous capacities—e.g. as press officer of the University of Salzburg student organization, on the staff of publications including Kunstfehler, Salzburger Monat and corpus, and as a contributor of photographic material to various exhibitions and artists (“Ich bin eine Demonstration und finde überall statt, Lange Nacht für den Frieden, tanz_house festival, Alix Eynaudi, Zoë Knights, gold extra, et al.). After graduation, she worked for three years in various capacities for Szene Salzburg—as dramaturge and co-curator of the sommerszene festival and on the production staff of diverse APAPs (advancing performing arts projects) including those at Tanzfabrik Berlin. Since 2009 she’s been a dramaturge and production assistant at ARGEkultur as well as curator of the annual Open Mind Festival and the biennial Digital Spring Festival. In 2013, she was a recipient of the Austrian Federal Ministry of Education, Art and Culture’s grant to train managers in artistic and cultural fields, which she spent at the Playhouse Theatre and Arts Centre in Derry-Londonderry, Northern Ireland. Since 2014, she’s served on the board of directors of the umbrella organization of Salzburg cultural facilities, since 2015 as deputy chairwoman. (Photo: Jan-Nahuel Jenny)