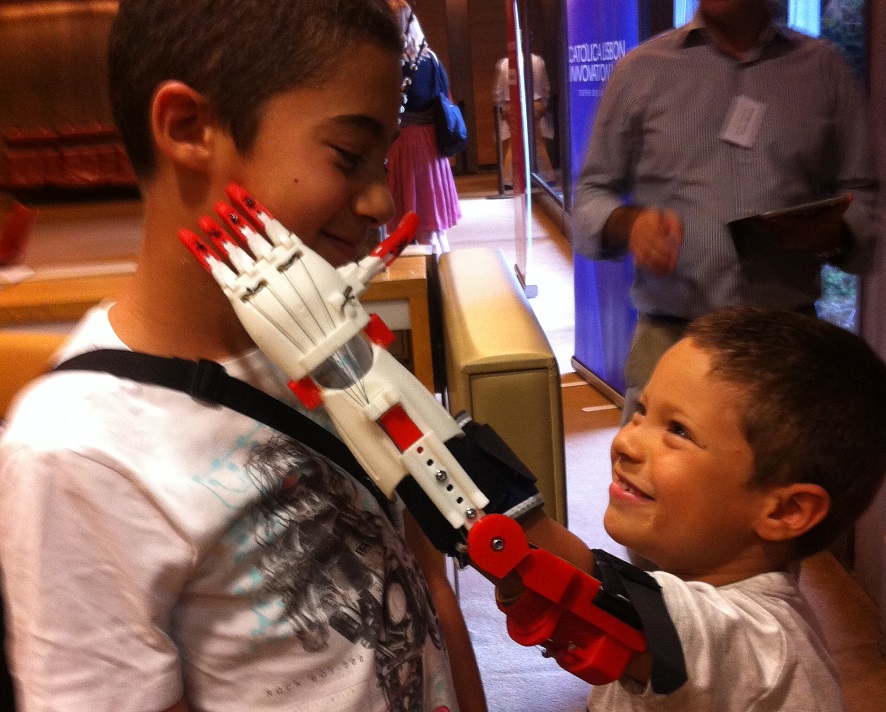 Subservience to authority still effects how we behave, but faith in our own power to bring about change has triumphed over previous feelings of impotence—an assertion substantially backed up by the proliferation of digital networking. In the case of the online platform Patient Innovation, the beneficiaries are people searching beyond the realm of mainstream medicine for solutions to their own medical issues or those of their loved ones. Now, as part of an exhibition entitled “Beyond the Lab: The DIY Revolution,” Patient Innovation is raising awareness of the growing need for independence from medical experts; nevertheless, the traveling exhibition that was assembled by SPARKS and is now running at the Ars Electronica Center in Linz until June 4th spotlights an approach taken by the Portuguese administrators of Patient Innovation in which scientists and practicing physicians actively foster exchange among patients. This process of interaction already begins with their observance of due diligence, whereby a committee of specialists assesses a proposal’s legitimacy and feasibility, and thus exercises a control function conducive to a healthy outcome. Based upon a social network that enables any user to establish an account in order to post solutions for medical conditions and information about innovative developments in the health care field, this approach is subject to an editorial checklist with respect to reliability and a community evaluation as to the helpfulness of a particular posting. 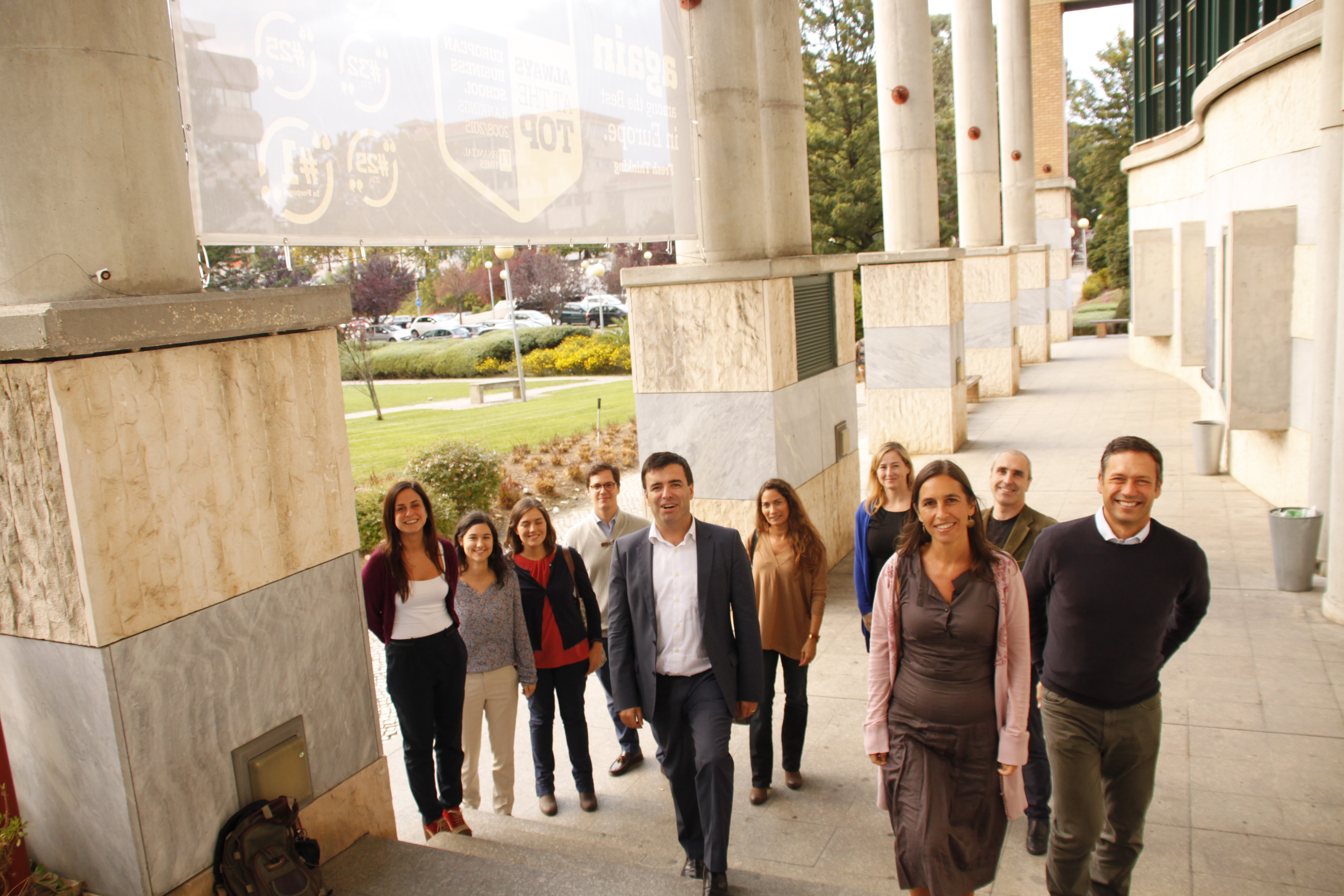 Since its launch on February 7, 2014 by Prof. Pedro Oliveira and Prof. Helena Canhão, the platform has grown steadily and received huge support from prominent scientists in numerous fields as well as patients and organizations worldwide representing their interests. The broadened perspective helps not only those suffering from frequently occurring illnesses; it is also a source of hope for those whose diseases are rare. Boiled down to a simple formula—the solution for a particular individual just might constitute the right approach for a whole group of fellow-sufferers. In the following interview, co-initiator Helena Canhão and solutions analyst & communications manager Ana Duarte discuss the revolutionary achievements this innovative patient platform has brought about. 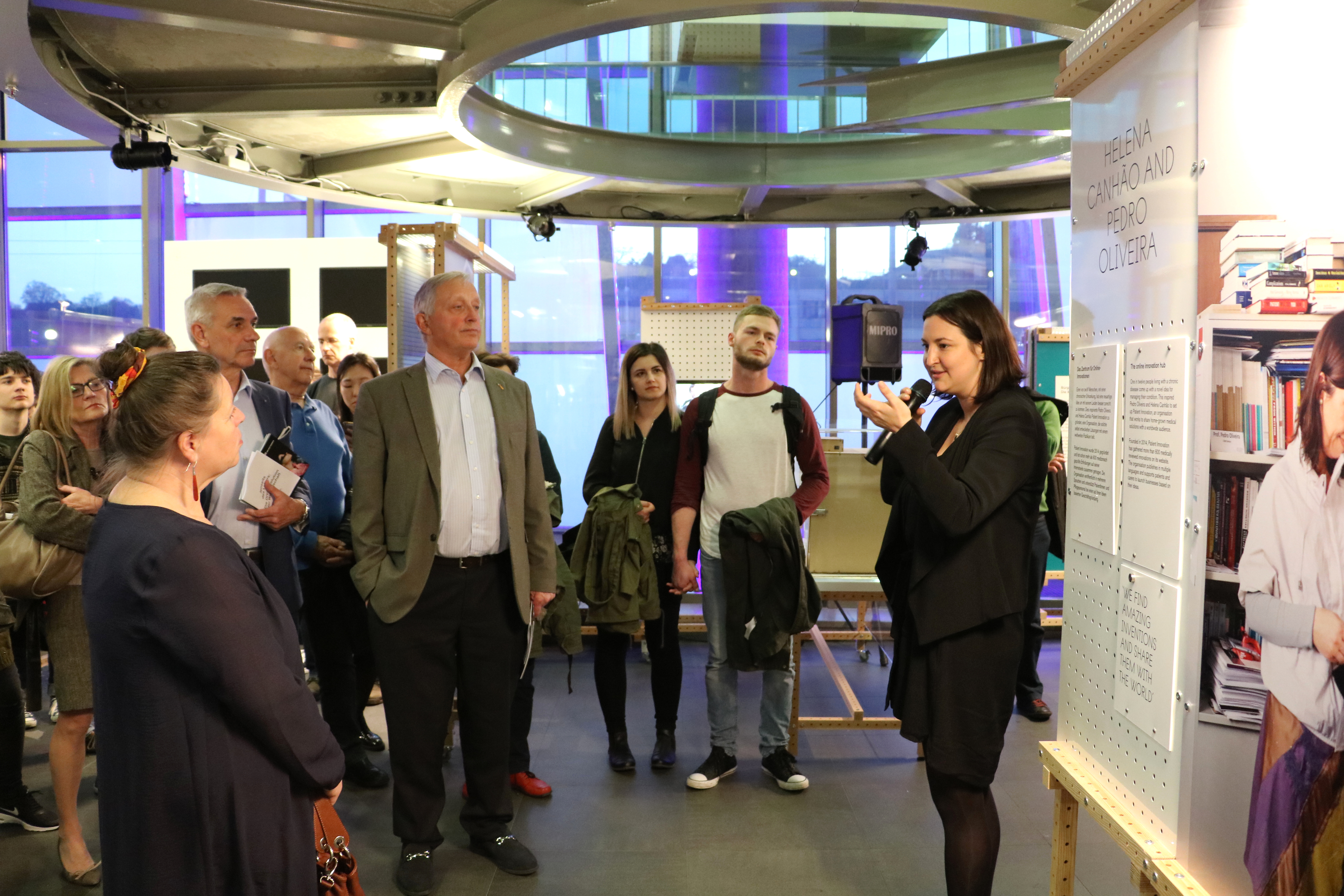 During the opening of the exhibition “Beyond The Lab: The D.I.Y. Revolution”, project manageress Maria Pfeifer is explaining the audience the background of the Patient Innovation Online-Platform. Credit: Robert Bauernhansl

In what ways have your lives changed since the launch? Considering how successful Patient Innovation has been, do you even have time to meet your other daily obligations?

Ana: This platform truly has taken off since its inauguration. Before the launch, it was a little website offering a few solutions for patients. After February 2014, though, the contributions grew exponentially—first, to 200; the following year, we broke the 500 mark; and now, we’re at 650+ patient solutions. In the meantime, we’ve staged two Patient Innovation Awards, in which six [in 2015] and seven [in 2016] members of our community were singled out for recognition for their inventions in the health care field. Winners include patients, care givers and collaborators who are honored on the basis of the innovativeness of their invention and its impact on a disease. Last year, the awards were bestowed in Lisbon during the Web Summit, Europe’s largest tech event. The winners are from many countries worldwide—Israel, The Netherlands, England, Russia and the U.S.A.. And finally, we were selected to be part of the “Beyond the Lab” exhibition, which means great publicity and the dissemination of our idea. So far, we’ve had patient contributions from 50 countries. At this point, needless to say, a high level of organization is necessary to manage all these activities Patient Innovation has a team of eight people, two of which work full time on the project. 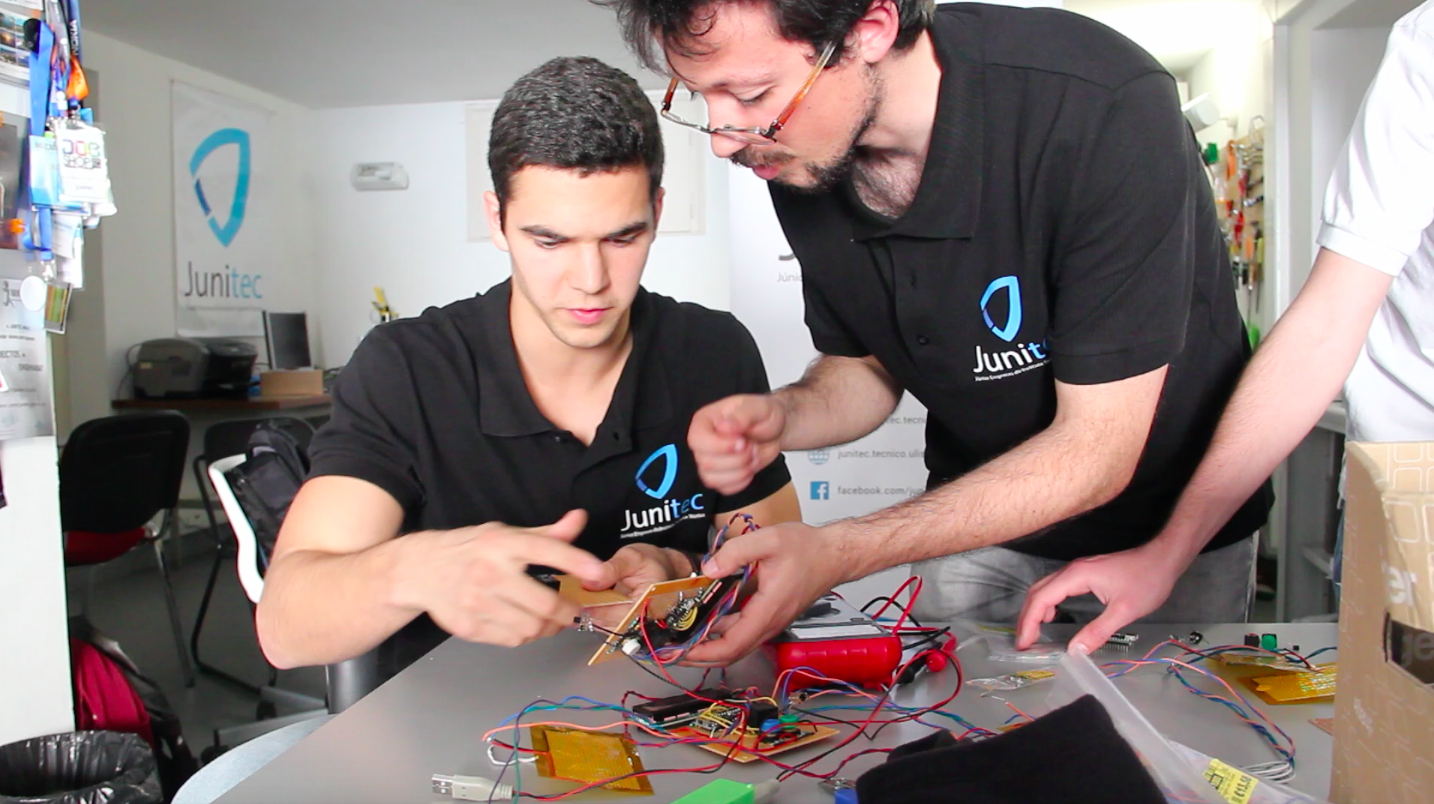 Compared to commercial exchange platforms and social media sites, yours is relatively new. Why, in your opinion, did it take so long for people to come up with the idea of doing something like this in the health care field?

Helena: This is probably attributable to safety issues. In other areas, you can upload virtually anything. But in medicine, there has to be someone to assess something that hasn’t been tried in actual medical practice. Otherwise, you would be purveying a lot of half-baked ideas that patients would end up trying out on their own, and this would ultimately result in deaths. When we commenced our activities, many physicians were mistrustful—what’s the point of finding patients’ solutions? We are extremely cautious when it comes to suggestions, things you can order by mail and then just stick inside you; stuff that’s invasive, so to speak. Some of them might actually be quite promising, but without it having been tested, I would definitely avoid a post having to do with it. 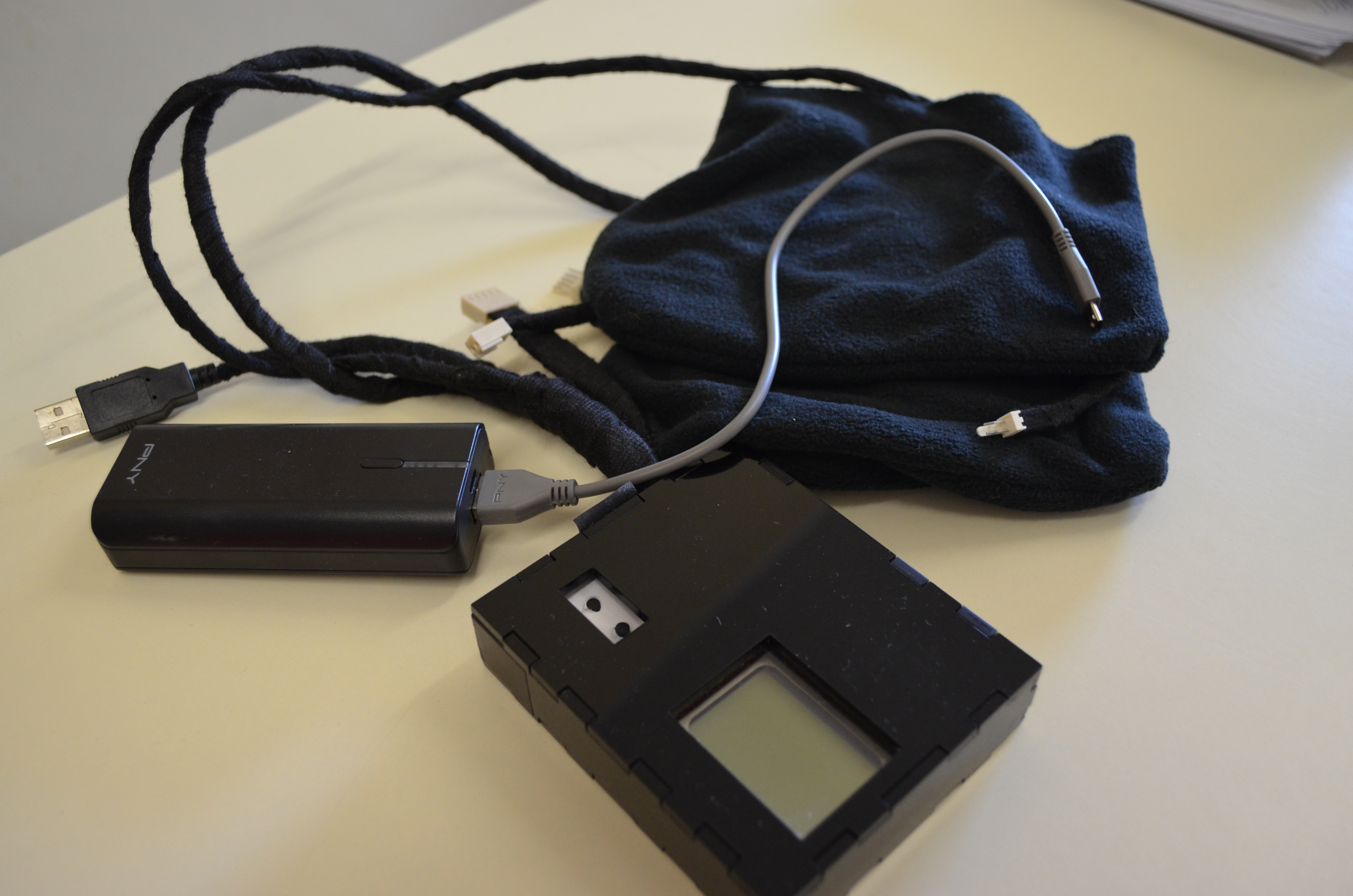 Might some experts regard patients’ inventions as a form of competition?

Helena: I really doubt that that’s the case. There are two ways of looking at this. One is that only doctors should be allowed to prescribe treatments because “ordinary” people aren’t trained in medicine. That’s the conservative canon. The other, more progressive point of view is in favor of inventiveness on the part of laymen; nevertheless, its proponents are concerned that something that hasn’t undergone testing could be harmful. We as professionals are totally convinced that medications ought to be subjected to extensive testing before they’re put on the market. Be that as it may, we allayed the initial skepticism by demonstrating that we would publicize only products and ideas that expand the existing spectrum of medical products and thus are not a cause for concern. In cases of diseases that have an effect on human physiology, there are little things that supplement the treatment repertoire and ingeniously enhance it. 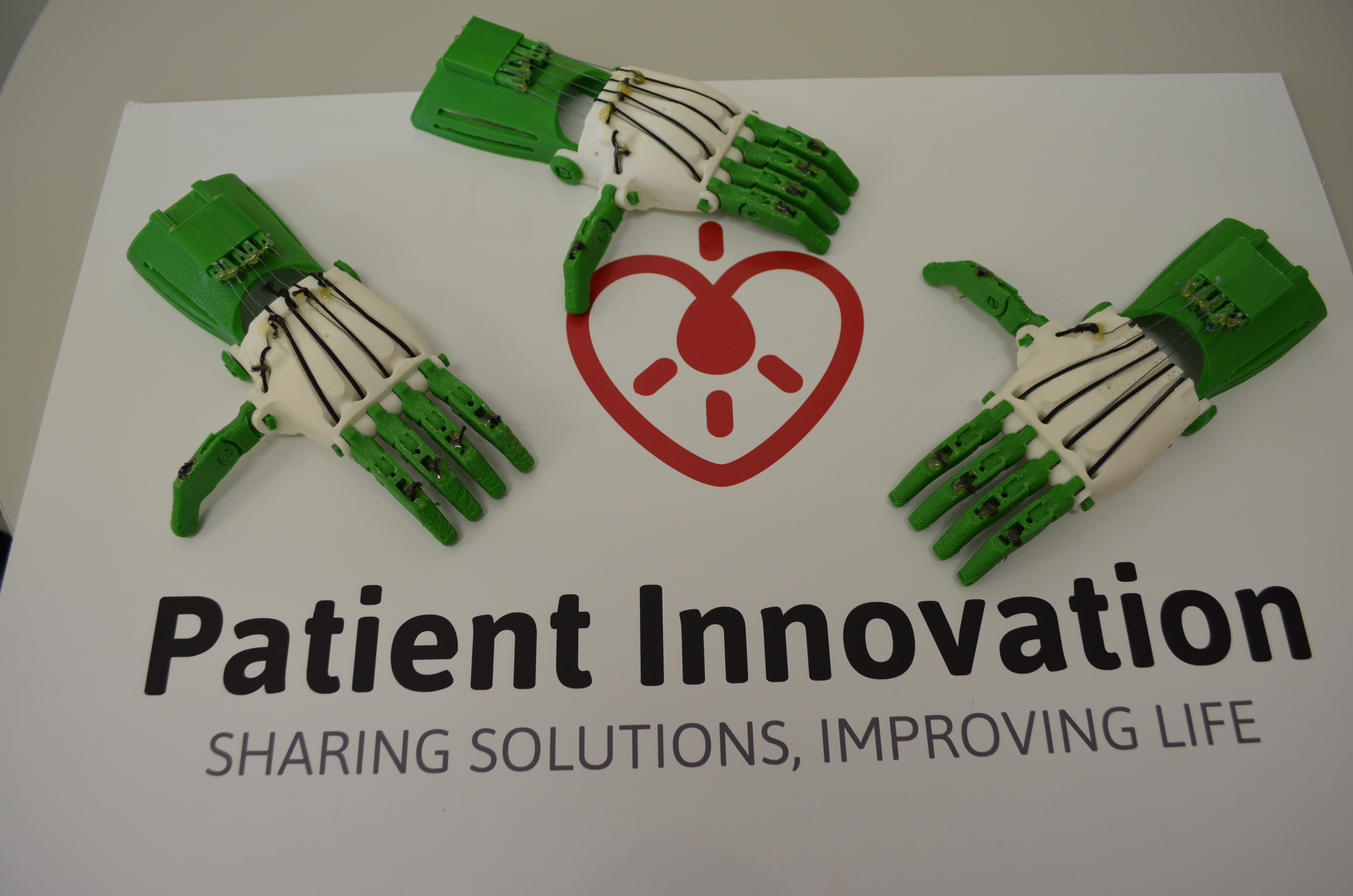 Ivan Owen developed a prosthetic hand for a reasonable cost via 3-D print. The fingers can be moved by a flick of the wrist. Credit: Patient Innovation

What’s your view of the future of the health care field with respect to R&D work?

Helena: Our approach—extra-disciplinary development work—is here to stay and will continue to grow. For example, last week we received a post from an engineer who’s very well known in Portugal. He has developed a device to diagnose cardiac arrhythmia and to do so very simply by examining a finger. Before going to the doctor, he monitored himself. So, I’ve been following this process of emergence over the course of 3-4 years now, but nobody has heard a word about this because he promoted the device only as a developer and not as a patient. His type of cardiac arrhythmia isn’t dangerous and appears only sporadically. If he had gone to a cardiologist with his complaint, a cardiogram would have been done on him and he would have been sent home with a diagnosis of “normal” because his irregular heartbeat occurs only very infrequently. Maybe his physician would have prescribed him Lexotanil, an anti-anxiety agent, but that would have brought no relief in his case. What he has achieved with his invention is exemplary—namely, a means of confirming a diagnosis that the experts didn’t even have on their proverbial radar screen. And above all, his method is not expensive in comparison to a one-week cardiogram. A cardiac rhythm measurement like this is performed only when bona fide suspicion has been raised. On the basis of examples like this one, we can proceed under the assumption that more and more correct diagnoses can be made. Due to profitability consideration, we physicians work with diagnoses that apply only to a majority of patients, which means that our prognoses and the treatment methods we implement are applicable to perhaps 99% of all patients who come to us with a particular complaint. But the remaining 1% is ill-served thereby.

In the “Beyond the Lab” exhibition, artistic means are applied to address the question of self-optimization—humankind’s age-old dream of simply replacing body parts that have naturally worn out, eternal youth and so forth. What do you think about this?

Ana: Thanks to the increase in knowledge, we’re well on the way to improving our quality of life, and people are taking their fate into their own hands, but we’re still a long way from indestructibility. People have an opinion and a voice, and they don’t simply accept everything that the medical profession tells them.

At the Patient Innovation Awards the most innovative patient solutions from international contributors are winning prizes in different categories.

But do you envision a future like a sci-fi movie in which we’ll be half machine, half human, in which our natural deficiencies will be compensated by technology? Is this possible?

Helena: I think that nature will counterbalance this development, because viruses and bacteria are becoming more resistant and this represents a tremendous challenge to human beings. Problems like antibiotic resistance and epidemics for which we do not yet have a cure work against the utopia of immortality. Moreover, the consequences of social polarization cannot yet be determined with certainty. Technology has brought us to a point at which people are better informed, but there has also been an increase in differentiation as to who has access to specialized knowledge and the means to apply it. The gap between people has grown larger and larger.

One of the Patient Innovation Awards astonishing winners is the enormously inventive Giesbert Nijhuis, who since the age of 26 is paralyzed from his shoulders downwards.

Has there ever been a project beyond your wildest dreams, one that really blew you away?

Ana: We have a very special case, one that also won a Patient Innovation Award for a patient from The Netherlands. He’s paralyzed from the neck down; he’s able to move only his shoulders very slightly. Accordingly, he developed a system that enables him to work on the computer while lying in bed. He can take photographs by just moving his chin, and he recently modified his wheelchair, the backrest and the tires… He even created a website without being able to use his hands, one that people with similar problems can use to exchange ideas. He also wrote a program that enables him to control a mouse with only head movements. This is what made it possible for him to edit a video showing him at the awards ceremony. It’s really impressive!

Helena: He was unable to attend the awards ceremony because traveling is too difficult for him, so the Ambassador of The Netherlands accepted the prize on his behalf in Lisbon from the Portuguese Minister of Research. Giesbert—that’s his name—is such a remarkable person because, prior to the accident he suffered when he was 26 years old, he was totally healthy. Someone who can pick up the pieces so courageously after such a devastating blow is a shining example for all those who are struggling with their lot in life.