FEAT: Arts and Technologies of the Future 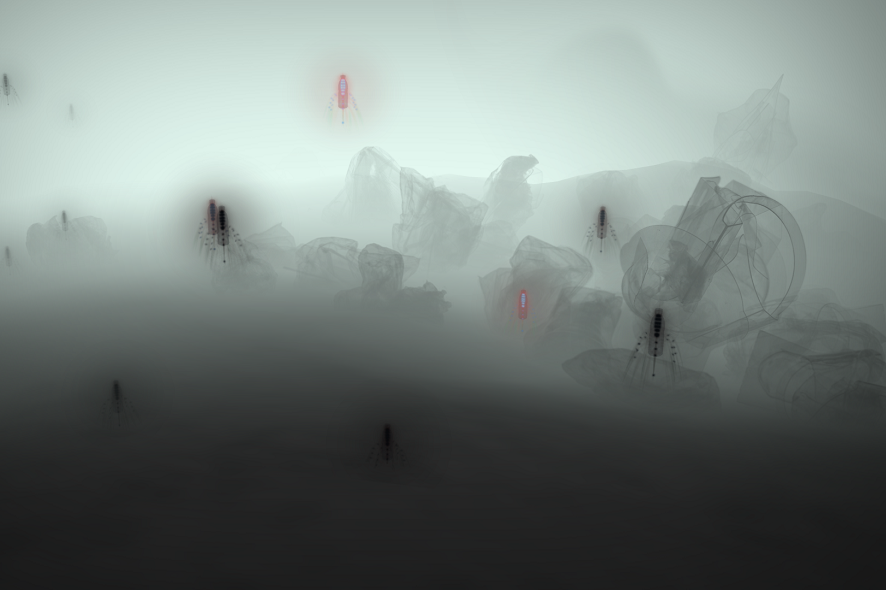 FEAT stands for Future Emerging Arts & Technologies. This residency project brought together artists with various EU-subsidized Future Emerging Technologies (FET) programs as a means of fostering the interaction of art and science. Seven artists got the opportunity to work nine months long in residencies at research facilities and in laboratories.

The mistakes, misunderstandings and miscommunication that such collaboration can lead to, but why it’s valuable nevertheless will be discussed at this year’s Ars Electronica Festival in an interview panel on Saturday, September 9, 2017.

“Parting the waves” by semiconductor was created during a FEAT residency.

Please tell us about FEAT!

Erich Prem: Science and the arts are two fields today, but were once united. FEAT is an effort to reunite them in a project and to create new forms of outreach and inspiration for Future and Emerging Technology research projects funded in the FET-Open line of the European Union. Me and my colleagues created FEAT to organize and support seven residencies of leading international artists within FET projects.

During these 9-month-residencies, the artists closely collaborated with researchers and scientists working on fundamental research in high-risk, visionary areas of novel technologies. These areas include fields as diverse as gene regulation, quantum physics, underwater robotics, carbon capture, and exascale computing. But these collaborations were not solely organized as an artistic endeavor. We also took a closer look at the impact of artistic engagement on the work of scientists and engineers. Furthermore, we aimed to make technology project results visible with non-scientific audiences including innovators, research managers and citizens. 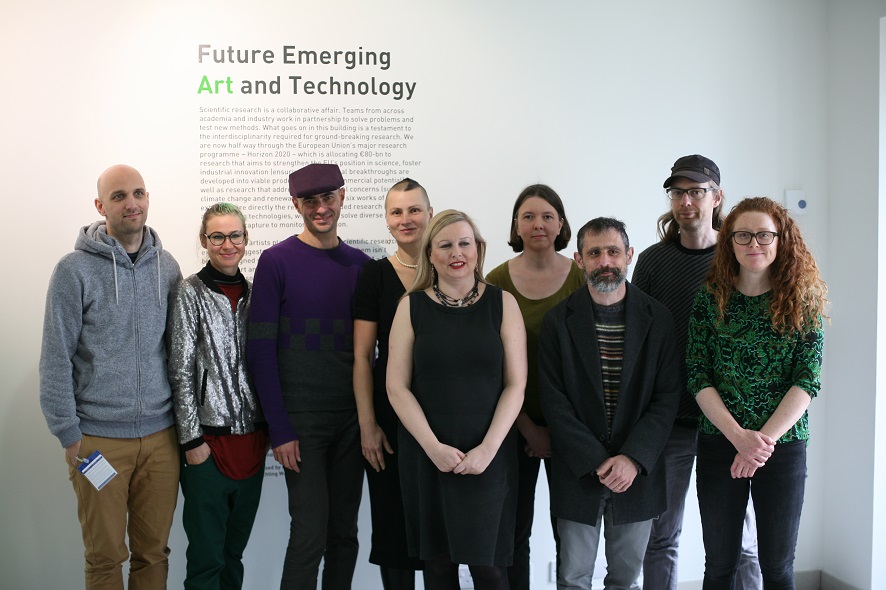 Who are the protagonists of FEAT and what is their background?

Erich Prem: For the objectives, obviously the main protagonists are the artists and the research teams in the FET project. As for the FEAT initiative, my role as an RTDI strategy advisor and CEO of eutema GmbH is the coordination of the project, its strategy and the evaluation of lessons learned. For FEAT, we have been closely collaborating with Anna Dumitriu, a British artist and curator whose work fuses craft, technology and bioscience to explore our relationship to the microbial world, biomedicine and technology. The other key person is Lucas Evers from the Waag Society in Amsterdam. He has an education as an artist and teacher and is actively involved in many projects at the crossroads of locativity and narrativity as well as bio art and design.

Through a broadly disseminated call in January 2016 we selected six artists and artist teams who are not just renowned in the field of the arts, but who also have scientific backgrounds and are therefore the ideal candidates for the FEAT project: boredomresearch, semiconductor, Pinar Yoldas , Evelina Domnitch & Dmitry Gelfand, Špela Petrič & MihaTuršič and Kerstin Ergenzinger. And of course, Anna Dumitriu, our artist partner, also collaborated with a FET project bringing the total number of residencies to seven. 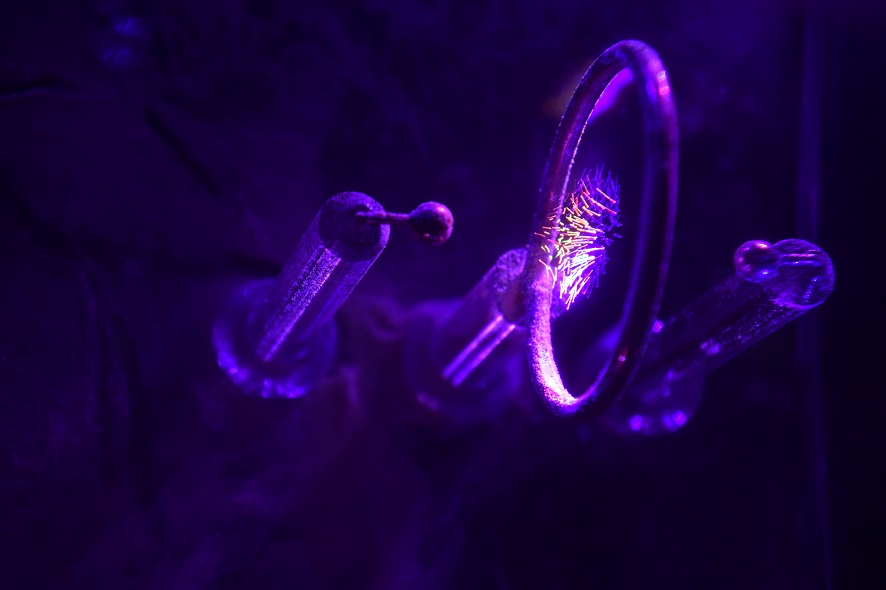 Now you have been working on the project for some time, what are the essentials in bringing artists and scientists together? And what are the challenges?

Erich Prem: Based on feedback from the artists, it was particularly important that we embedded the artists from the early stages of a FET research project within the research itself. There is from both the science and art ends a need felt that artists have the capacity and capability to contribute to real research, and that their contribution will be meaningful when happening from within and from the early stages onwards.

Furthermore, openness and hands-on collaboration were an important factor for the success of the FEAT residencies. Artists were practically involved with their cooperating FET project. They were required to work on the future emerging technology as researched and developed within their embedding FET project. This implies not only spatial proximity, but also topical exchange and interaction and included that artists could acquire specific technical competencies, e.g. regarding laboratory techniques or the use of highly specialized instruments.

You have presented FEAT last year at the Ars Electronica Festival 2016! What was the event about?

Erich Prem: Having a whole afternoon at our disposal, we not only wanted to give a good overview of FEAT and all its aspects, but also gain feedback from the audience and from experts not directly involved in the project. So, at first we let each artist give a short intervention after which they were interviewed by different experts from the fields of art and science. These interventions and interviews were followed by an open discussion with the audience where we simply asked them: “are we doing this right?”. We also covered important but relatively rarely discussed issues such as how to avoid being elitist. Finally, we also organized a round table where a panel of experts from art, science and research policy discussed challenges of art science interaction in future research programmes.

What role can art and creativity play in the development of new technologies?

Erich Prem: Bringing an artist into the scientific process can have a diverse range of effects. First of all, artists ask fundamental questions about science and technology and therefore about the project objectives which they often critically examine. As outsiders to the world of science, they are in an excellent position to devote time and energy to societal context which may be well known to the researchers as well, but to which they can devote little time in their daily work. Also, they are often fascinated by new materials and become early users of emerging technologies in ways that were not predicted by those first developing the technologies.

Furthermore, scientists reported how the interaction with artists liberated them from their daily lab routine, permitted a fresh look at their own work, and allowed to devote explicit time for less goal-focused deliberation. And finally, art is a great way of communicating complex scientific topics to a broad audience. The materiality of the artefacts creates opportunities for involving and connecting a whole new range of target groups. The artists can for example provide us with a more direct, often emotional access to the aesthetic qualities of experiments.

Do we have to develop new technologies differently today than a few years ago?

Erich Prem: Nowadays there is an increasing number of science and technology programmes that invest in artists, e.g. the European Commission’s STARTS initiative in the Framework Programme for Research “Horizon 2020”. The explicit rationale as described in call texts is to increase the impact of scientific work, foster new ways of thinking, and stimulate innovation emerging from art/science cooperation. Simply put, artists can help technology development by bringing novel viewpoints into research projects and disseminate the results to a broader audience and therefore support the take-up of new technologies.

But there is another aspect that should be taken into account: the question of ethics in technology development. Many scholars, such as Sabine Roeser, have claimed that, since the development of technology can have immense consequences for human wellbeing, engineers should always consider ethical questions. But at the same time, scientists and engineers are usually seen as people who think very rationally and assess problems in a quantitative way. Roeser comes to the conclusion, that emotions are a great way to gain ethical insights and that artists can provide technology development with the necessary emotional input for morally responsible engineering. Artists can provide narrative and reference to the history of technology and its ethical consequences. 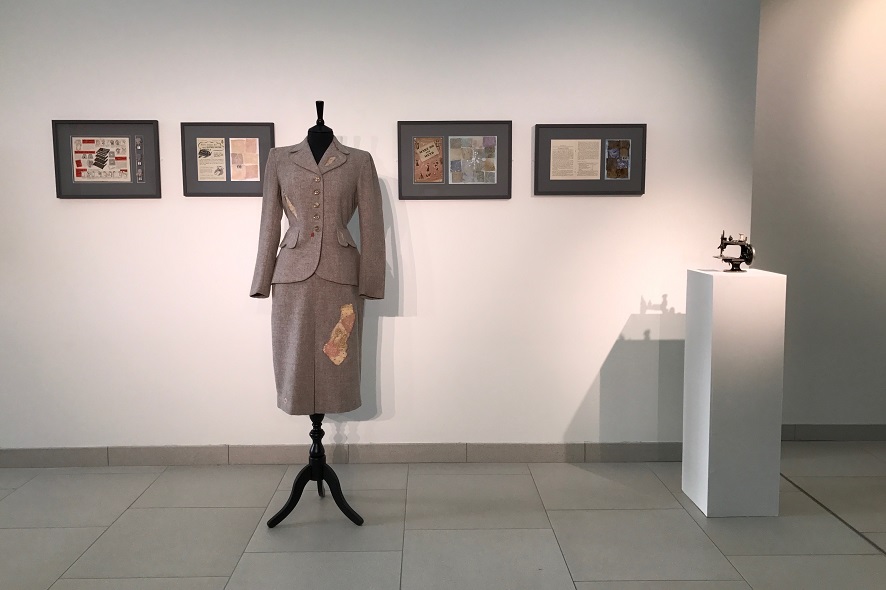 In your opinion, how can Europe become more innovative?

Erich Prem: There of course isn’t one simple answer to this very complex question. Artists have indeed proven that they can bring new viewpoints and ideas to research projects. The arts, by their pure investigative nature, can initiate innovations that other actors develop further because artists may not have an interest in innovation as such. Instead, they may aim to produce ‘meaning’. In this way, artists play a central role not just in designing potential forms of usage of new technologies, but focus on the deeper questions of giving meaning to technology. This can result in social innovation as a particularly interesting outcome of many art/science interactions. 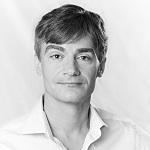 Dr. Erich Prem is chief RTI strategy advisor and CEO of eutema GmbH. He is a regular coordinator of international research projects, evaluator of RTD projects for the European Commission and an experienced programme manager of funding programmes. Erich Prem is a certified managerial economist and works scientifically in artificial intelligence, research politics, innovation research and epistemology. He published more than 70 scientific papers and was a guest researcher at the Massachusetts Institute of Technology. He received his Dr.tech. from TU Vienna where he also completed his master in computer science (Dipl.Ing). He was a lecturer at TU Vienna’s Informatics Innovation Center. He received his MBA in General Management from Donau University.