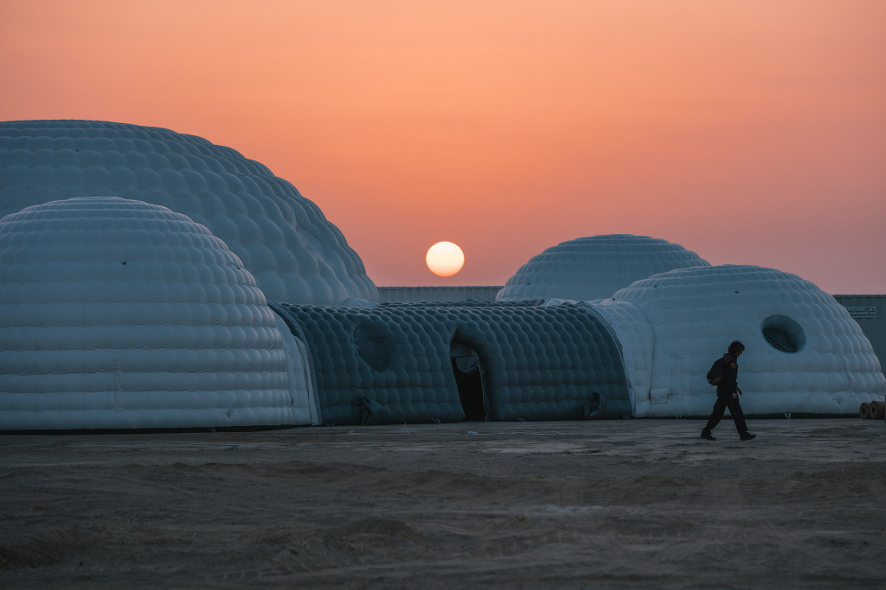 At the next Deep Space LIVE on Thursday, February 15th at 6-9 PM, Sophie Gruber (OeWF), Johannes Stübler and Erich Meyer (both members of the Linz Astronomical Society) and Barbara von Rechbach (Linz Art University) will go into a wide-ranging assortment of topics having to do with this undertaking—the objectives of a Mars mission and the point of a simulation, the astronomical aspects, as well as design visions and uses of new materials.

We discussed the Mars simulation with Erich Meyer, an astronomy enthusiast, astrophotographer and long-standing member of the Linz Astronomical Society, and Monika Fischer, head of the OeWF’s media department. 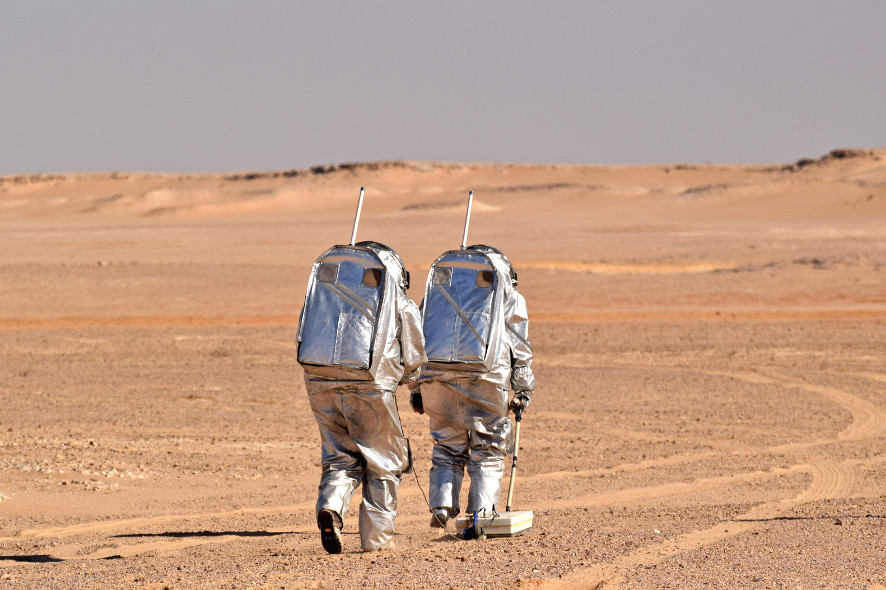 Why stage the Mars simulation in the Dhofar region of Oman? Why is that the ideal test site?

Monika Fischer: First of all, we sought a proving ground that’s as remote as possible in order to simulate the fact that astronauts on Mars are mostly on their own and can’t count on prompt delivery of fresh supplies and replacement parts from Earth. This has effects on the preparations for such a mission, the planning and design of the work sequences, the process of communication between Mars and Earth—even in a simulation—and also demands stress resistance by the crew.

The desert in Oman is also interesting geologically. Its composition resembles the surface of Mars in many respects—for example, there are sedimentary structures that date back to the Paleocene and Eocene Ages, salt domes on the southern salt flats, and dried-out river beds. The test site also offers a variety of sandy and rocky surfaces and various steep cliffs. 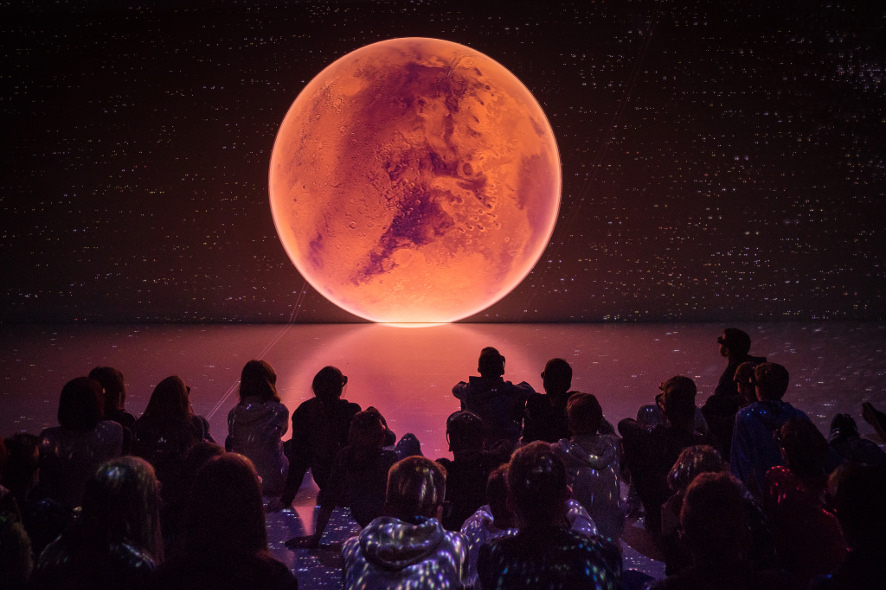 Is it even possible to compare a region of Earth to Mars? Aren’t the differences too great?

Erich Meyer: The biggest difference between the two planets is, of course, their respective atmospheres, since that of Mars is very thin and, above all, contains no oxygen. Plus our planetary neighbor lacks sufficient water. These two significant differences make a manned mission to Mars considerably more difficult.

On the other hand, when you examine images taken by various remote-controlled rovers on the surface of Mars, the similarities of the sand and rock formations are striking. Taking a cursory look at such an image, you’re not immediately certain if you’re seeing a picture of Mars or Earth. 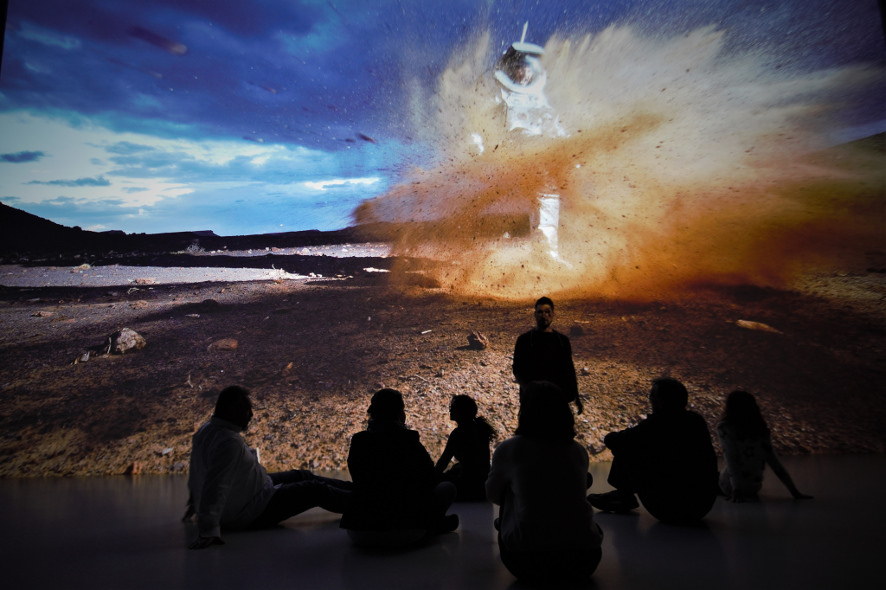 Exploring Mars is one of our generation’s greatest adventures. Now, what is this field test focusing on?

Monika Fischer: AMADEE-18 is our most comprehensive and diverse mission to date, with 16 institutions from six countries taking part. The Italian space agency is testing a greenhouse in which so-called microgreens such as cress can be cultivated and also harvested at the end of the mission. Of course, the two spacesuit simulators we’ve developed will also be in use so our analog astronauts have a working experience that’s as realistic as possible. These spacesuit simulators offer the wearer all the restrictions of a spacesuit: they hinder the movements of the analog astronauts, they weigh 45-50 kg, have an uncomfortably high center of gravity, the helmet limits the field of vision, communication takes place exclusively via radio and, due to the ventilation, it’s quite noisy inside. Medical telemetry from the suits enables our physicians to constantly monitor the astronauts’ condition. And we’re also testing how humans and machines work together—for instance, by launching a drone developed by the University of Klagenfurt to perform an airborne survey of the test site. Then we’ll deploy our rover, Husky, developed at the Graz University of Technology, which will more precisely map the terrain, and will also be able to ascertain whether it’s safe for the astronauts to, for example, take earth samples there. By the way, Husky is also equipped with software that enables it to independently detect and avoid dangerous terrain.

We’ll also be performing a few geological experiments in Oman. Several of them will deal with the psychological effects of such a mission—for instance, how to assess communication among the crew members to identify their stress levels and react before a crisis occurs. We’ll also observe and measure the mental and physical exhaustion of our analog astronauts.

We place great importance on getting young people interested in outer space. In conjunction with our Junior Researchers Program, we’ve selected a few experiments designed by high school and college students that we’ll now perform in Oman. One is “Waterexplorer” by two Omani students who want to scan the uppermost layer of the soil with sonar waves in order to find water. This could be a way to find underground water near the surface of Mars. 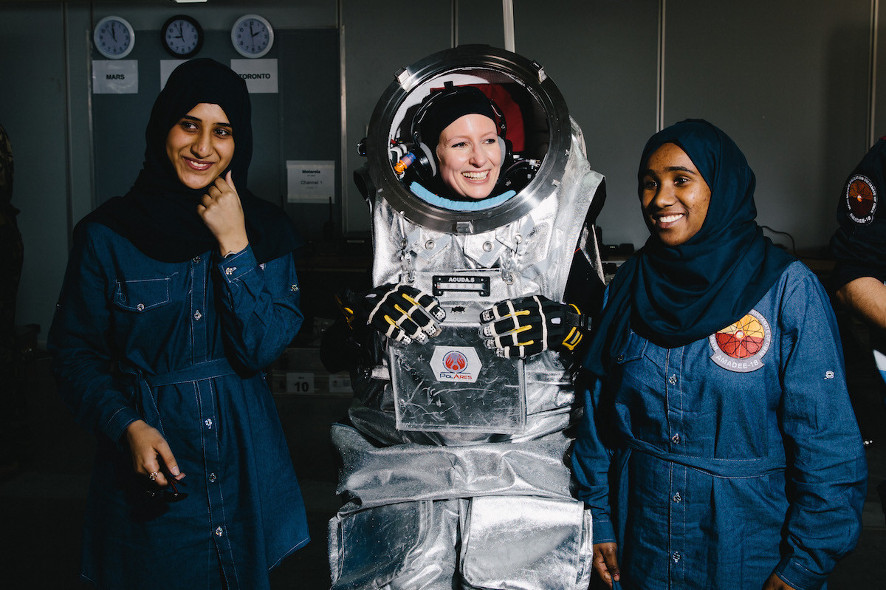 What, in your opinion, is the most important object of investigation in connection with Mars? What yet-unsolved astronomical issues are most interesting to you personally?

Erich Meyer: The questions I’m most interested in have to do with what happened to the water that was once so plentiful on Mars. Where did it go and, above all, why did it disappear? What can we learn from Mars’ long history of development that’s relevant to our Earth? And my most burning question: Is there life on Mars—even if it’s only in the simplest of forms?

What will be done with the findings gathered during the simulation in Oman? What’s next?

Monika Fischer: Data from the field will first be released to the scientific teams, who’ll then use them in their research and publications. The data will also be stored in our Multi Mission Science Data Archive that was set up in conjunction with our 2011 simulation in Rio Tinto. In May 2018 we’ll host a scientific conference to present our initial findings. 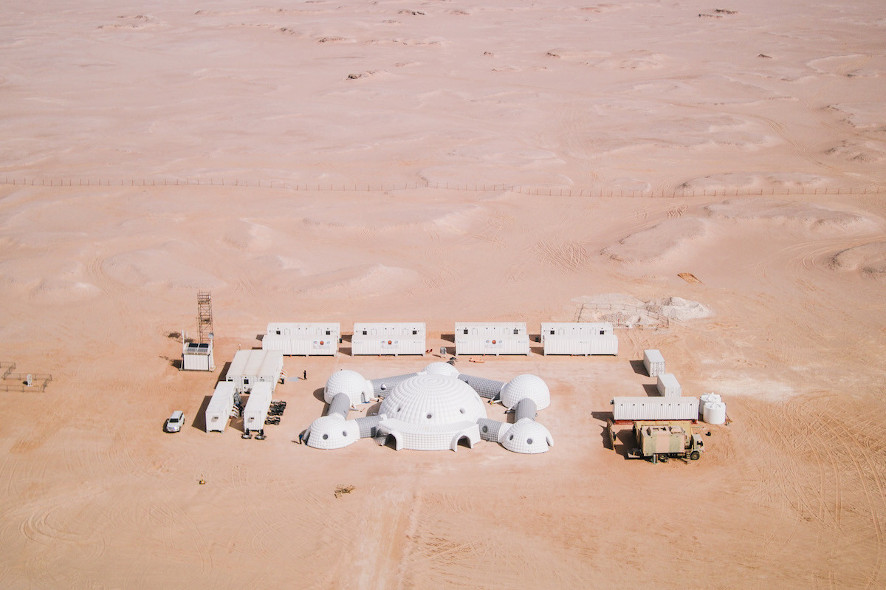 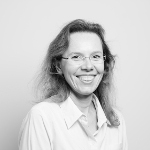 Monika Fischer is an amateur astronomer who has headed the OeWF’s media team since 2012. She is also an assistant director at the Kunst VHS, an adult education center in Vienna, and co-organizer of Yuri’sNight in Vienna and the Burggespräche, a series of talks in Schloss Albrechtsberg near Melk. 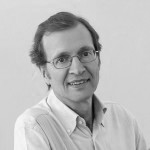 Erich Meyer is a long-standing member of the Linz Astronomical Society, an astronomy enthusiast and astrophotographer. He and his colleagues have operated a private astronomical observatory in Davidschlag since 1979. He has discovered numerous asteroids.