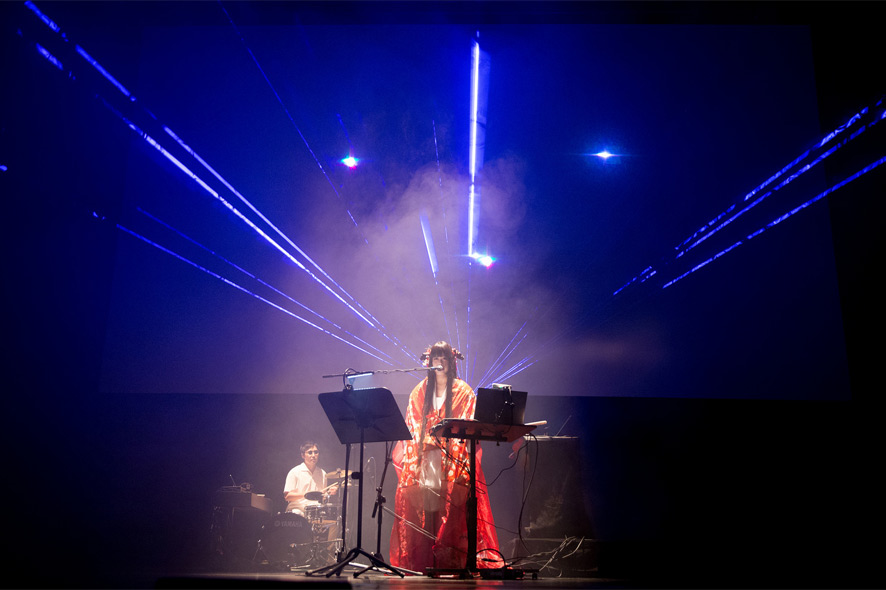 „Etsuko Yakushimaru is an example of a new generation of young artists who seamlessly traverse the worlds of fine art, pop culture, performance, science, and technology,” the 2017 STARTS Prize Jury wrote in its statement. The artist first composed her pop song “I’m Humanity” and then converted it into DNA—actually, a nucleic acid sequence of cyanobacteria. This DNA sequence was then incorporated into macro-molecules, which are responsible for passing on the genetic information from one generation to the next, and the entire structure was, in turn, implanted into the chromosomes of cyanobacteria. Genetically modified in this way, the microorganism now carries encoded music in its DNA and passes this information on to the next generation. If humankind dies out at some point in time and the cyanobacteria live on, then some future species will be able to extract the code of our music from them.

“I’m Humanity” has received the 2017 STARTS Grand Prize in Artistic Exploration. How did you – as a musician – come up with the idea to use DNA as a medium for music?

Etsuko Yakushimaru: I believe that music is a function that is activated by the receiver. Therefore, as a musician, what I do is encode switches or triggers, if you will, to enable music to be activated. Function is enabled thanks to how the codon written in DNA is encoded into protein and then folded; there is something called sequence, the functions of which are not yet understood; genes are not absolute, but rather things that go through mutations as it is affected by changes in the environment—I’ve always felt such workings and phenomena to be things that have very much to do with me, and so it was only inevitable that I would arrive at this idea.

“l’m Humanity” is based on the concept of “post-humanity music” – what’s the concept about?

Etsuko Yakushimaru: When recognizing music as a feature that emerges in a variety of shapes depending on the receiver, I felt I didn’t want to restrict myself to having just human receivers; I wanted to spread the music further. The recording media we mainly use today cannot last long enough to use as vehicles to spread music to post-human species. However, as the life span of DNA far surpasses that of existing recording media, it can be said that DNA is unmatched as the best medium to realize this concept.

After the extinction of humanity, it will be post-human species that will shape humanity from the ruins of humanity. Just as how humanity today thinks and dreams about the possibilities of codon, as its functions are yet unknown, post-human species will think about how to activate I’m Humanity, and that’s a real exciting thought for me. 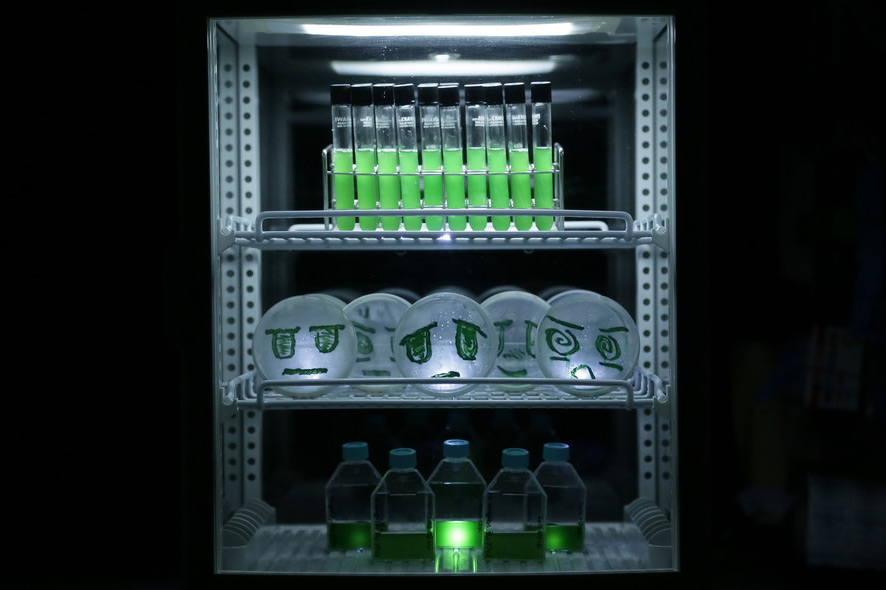 The lifespan of DNA as a recording media is very long but there are also mutations in the genetic code from one generation to another. How do you deal with these biologic transformations? How important is mutation in your project for you?

Etsuko Yakushimaru: Unpredictability of what may emerge from the blueprint has always been among the themes of I’m Humanity. Countless layers of a myriad of factors—generation, environment, how a score is interpreted, what musical instruments are used, the physical characteristics of performers, the media used for playback and recording, and the mindset of the listener—cause music to mutate.

“It can be said that mutation is a necessity in the revolutionary process that enables something to be passed on and spread far and wide.”

So even if one day, an evolved, mutated version of something has become so different from the blueprint on which it was originally made to the point where it no longer retains its original essence, it is not a big deal. I say this because one thing is for certain: all things mutate. And that thought led me to name the genetically-modified microorganism of the cyanobacteria I’m Humanity, despite the fact that it can hardly be called human at this point in history. I’m Humanity has incorporated in it a nucleic acid sequence called transposon, which triggers mutations. In live performances, that sequence is improvised by the player.

Etsuko Yakushimaru: As a fan of postal services, I was very excited to be at POST CITY, the main venue. And I especially felt really comfortable in the atmosphere of the city, which felt like one giant laboratory. I also found it wonderful that the city had so many ice cream parlors. When I performed live at the GALA, I liked how the audience were not there with serious looks on their faces, but rather singing and dancing along. I believe that even after humanity dies out, its art, technology, and culture, which are all products of humanity’s ability to accept others, will surely be discovered by post-human species. Thank you very much. 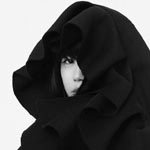 Etsuko Yakushimaru (JP) is an artist, musician, producer, lyricist, composer, arranger, and vocalist. Broadly active, from pop music to experimental music and art. Consistently independent in her wide-ranging activities, which also include drawing, installation art, media art, poetry and other literature, and recitation. Producing numerous projects and artists, including her band, Soutaiseiriron. While appearing in the music charts with many hit songs, she has also created a project that involved the use of satellite, biological data and biotechnology, a song-generating robot powered by artificial intelligence and her own voice, an independently-developed VR system, and original electronic musical instruments. Major recent activities include exhibitions at Mari Art Museum, Toyota Municipal Museum of Art, KENPOKU ART 2016, and Yamaguchi Center for Arts and Media [YCAM]. Her Tensei Jingle and Flying Tentacles albums, both released in 2016, received praise from figures including Ryuichi Sakamoto, Jeff Mills, Fennesz, Penguin Cafe, Kiyoshi Kurosawa and Toh EnJoe.

This project has received funding from the European Union’s Horizon 2020 research and innovation programme under grant agreement No 732019. This publication (communication) reflects the views only of the author, and the European Commission cannot be held responsible for any use which may be made of the information contained therein