STEAM Imaging: When Art, Science and the Next Generation Converge 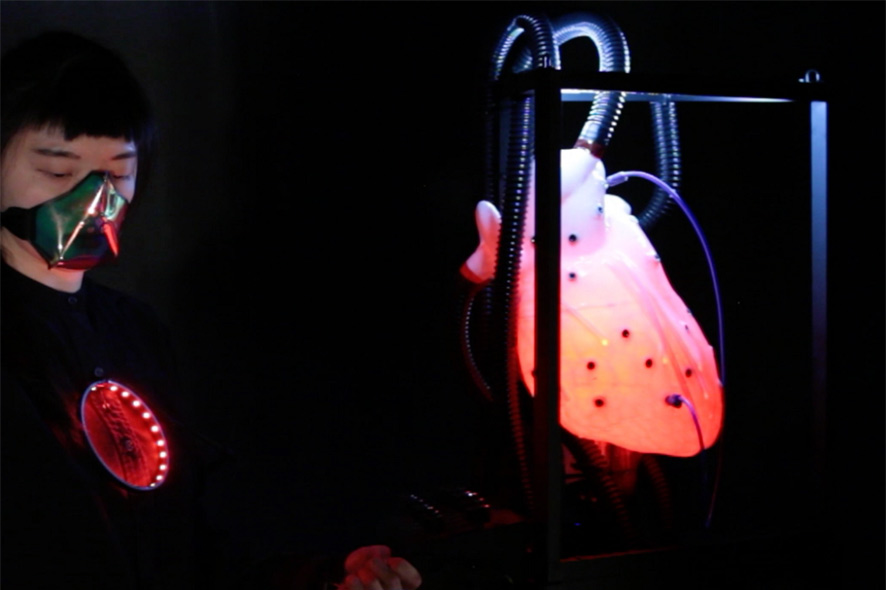 How did it go, this effort to team up art and science? How did the respective approaches differ? What functioned well, and where is there room for improvement? Bianka Hofmann conceived STEAM Imaging, a collaborative project of Fraunhofer MEVIS and Ars Electronica, which was carried out in 2017 together with artist Yen Tzu Chang under the aegis of the European Digital Art and Science Network, and implemented it with MEVIS scientist Sabrina Haase. On June 5, 2018, the next event in the Fraunhofer Society’s Art meets Science series will be a discussion of complexity in art and medicine and the possible consequences of technological development. On this evening, artist Yen Tzu Chang will also present a performance entitled “Whose Scalpel” that was an outgrowth of her involvement in STEAM Imaging. We talked to Bianka Hofmann about how the project went.

This was the first time that Fraunhofer MEVIS hosted an artist-in-residency at its Bremen, Germany facility. What were the highlights of this collaboration?

Bianka Hofmann: We were delighted when, on short notice, Ars Electronica agreed to get involved in this project and implement this concept with us. You could say that this actually got the project off the ground, since we had a tight schedule and depended on professional consultation to select an artist. We’re grateful that Ars provided their expertise and access to their network in the form of suggestions as to the applicants’ qualifications. This valuable advice was what led us to Yen Tzu Chang, the extraordinary young artist we selected for this pilot project. We felt that it made sense for the choice to be made jointly by Ars Electronica and Fraunhofer MEVIS. It’s also noteworthy that Ars Electronica agreed to our version of a two-day workshop for school pupils, which was held in conjunction with the International Talent School Bremen. They supported us in establishing contact with school classes on site in Linz.

However, we also realized that a more precisely defined allocation of responsibilities among the participating team members from Fraunhofer MEVIS and Ars Electronica would have been advantageous, particularly to bridge the diverse working cultures and expectations on the part of the artist, organizations and participating scientists. Another challenge, of course, was posed by coordinating the framework conditions of a festival with an application-oriented scientific institution that works with the tight deadlines of industrial vendors. 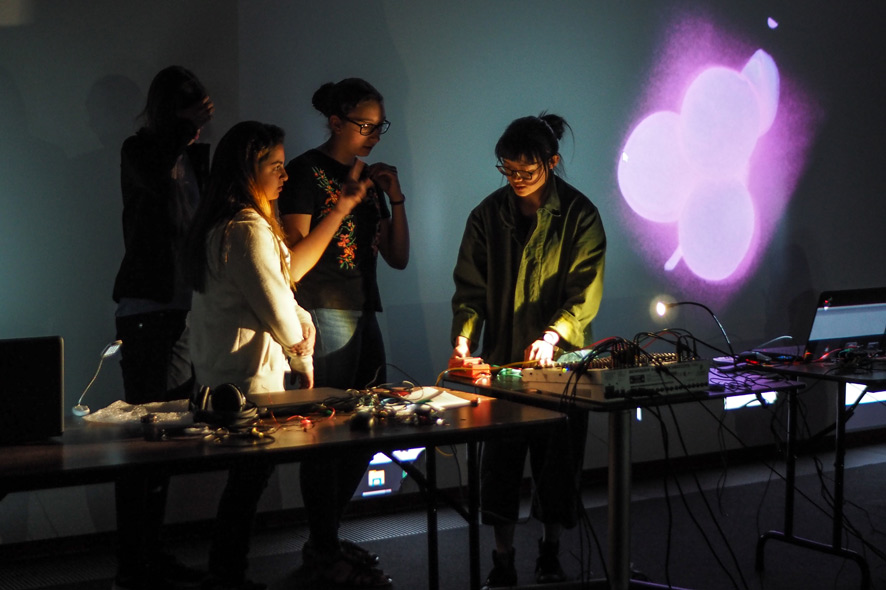 You commissioned an external evaluation of the From STEM to STEAM pupils’ workshop, the development of which was an element of the residency. What would you do differently today?

Bianka Hofmann: Fraunhofer MEVIS has many years of experience staging hands-on projects that can be subsumed under the heading Maker Spaces for the Next Generation. Nevertheless, we didn’t allow enough time for the reciprocal teaching & learning processes between the scientists and the artist. We’re thrilled to have had Yen Tzu Chang as our very flexible temporary associate, and we’re also indebted to our MEVIS colleagues for their high level of commitment. In the future, the teachers of the classes we’ll be working with will be actively integrated right from the outset in order to better adapt to the specific school groups and prepare our points of departure.

Basically, it’s become clear to us that our STEM Workshops already have quite a few points of contact with art, which we’ve now been able to expand. For instance, we took the software we use in the workshop for school pupils—a reduced version of the MeVisLab platform—and worked it up as a Web-based application for the Linz workshop. In the next phase, we developed and integrated the training materials together with artist Hannah Klatt, and then augmented them with a soundtrack. This summer, we’ll do the initial testing of this workshop entitled “Inside Insight” as a 2½-hour online seminar in English. In the future, it would be nice to work with experts to more comprehensively investigate how innovation comes about and to psychologically, sociologically and cognitively analyze the creative interactions among scientists, artists and other protagonists such as school pupils as a means of exploring new paths in classroom education.

What are, in fact, the difference between the approaches and working methods of Yen Tzu Chang and the MEVIS scientists?

Bianka Hofmann: The entire time Yen was with us, she displayed complete openness to technical subjects and took an observational, almost ethnological approach to all situations—which means that she withheld judgment until she had totally worked out her conclusions in order to then encounter the situation and us scientists from a new perspective. Furthermore, Yen is open to scientific thinking. She combined that with her diverse artistic skills and came up with suggestions that we hadn’t even planned on in the theme selection process. Depending upon the project, MEVIS’ working methods can range from structured and planned to iterative and creative, and thus partially resemble those of Yen, though the range covered by her forays to come up with solutions is certainly much broader. The intercultural difference between North German and Taiwanese culture and the gender roles in these cultures have probably become more noticeable in this collaboration than the different approaches of the scientists and the artist.

What sort of feedback did you get from the participating scientists?

Bianka Hofmann: Very positive. Sabrina Haase, the director of the school workshops, felt inspired by the pupils’ fresh, self-assured approach. In her everyday life as an applied scientist, she is very goal-oriented; the collaboration with an artist has motivated her to look more closely at other specialized disciplines in the future. And Yen Tzu Chang said that STEAM projects like this one are a great opportunity for young people to get acquainted with media art and to better assess its significance. Her first STEAM workshop with Sabrina Haase enabled her to better understand how to lead a group and what school pupils need in such workshops. This was like an actuator that fired her up to develop new approaches to mediating educational encounters with technology and art. Now, she’s working together with friends at a social services agency to develop workshops and interactive devices for kids and young people.

One module of the residency included ethical discussions by the artists with the pupils as well as with scientists. We had already been holding ethical confrontations with issues relevant to our themes, but this provided a reason to get together and start working on an ongoing format. 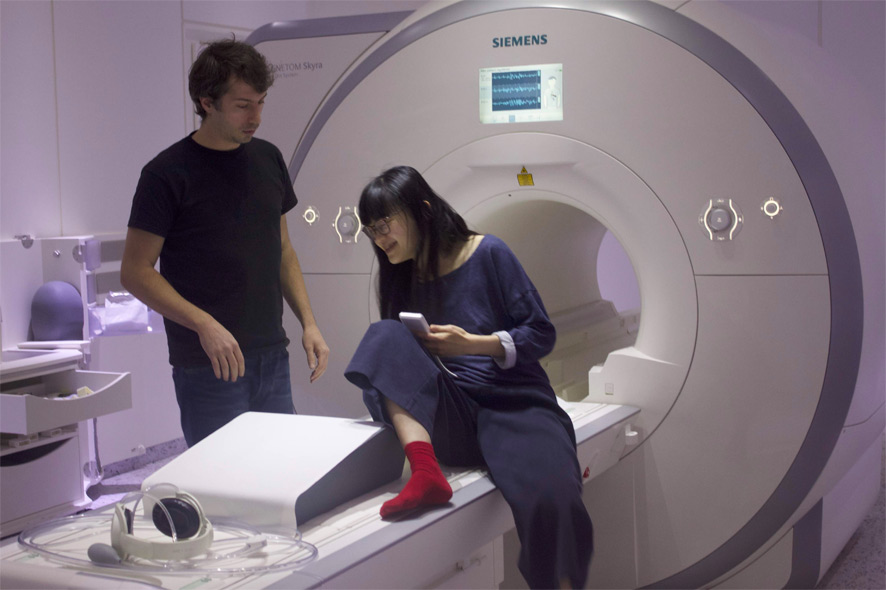 In the wake of these experiences, how would you define the role of organizations like Fraunhofer MEVIS in collaboration between art and science? And what importance do such projects have?

Bianka Hofmann: Fraunhofer MEVIS has specific expertise such as auditory guidance in the operating room, segmentation of the heart, and machine learning, just to name a few of those that the developer platform MeVisLab or the anatomical and dynamics imaging of the heart and the circulatory system made available to the artist. Fraunhofer assumes special significance due to its non-profit status. I’m interested in how the public-service nature of these activities manifests itself. Cooperative projects with artists expand our possibilities. In addition to residencies in which artists are integrated into the R&D of new technologies, pilot projects like STEAM Imaging that are focused on intergenerational and interdisciplinary learning experimentally explore how such spaces ought to be conceived and set up. Professional activities for artists can be reconceived and new ones opened up. One of the ways to make it possible to sustainably dovetail our medical technology research with questions of how we want to actively configure society in the future is by enabling young people to get involved. To foster this, we want to take advantage of the creative potential of individuals, recognize gifts and talents, and nurture them.

Scientific organizations like Fraunhofer can set up platforms to apprise the general public in a timely manner of the consequences of technological developments, and host broad-based discussions of opportunities and risks. Efforts to go forth from the confines of the ivory towers of knowledge can create permanent learning environments for people from all walks of life. Ultimately, this is a matter of a participative process in which technological expertise is contextualized and interrelated with art, with social realities, and the values according to which we live and seek to live up to. R&D as well is opened up by the new skills, perspectives and realities of life that artists bring to bear. In the development of new technologies, in addition to aesthetic dimensions, design and handicraft skills, artists contribute experiences in the invention process and their intuition. As innovation cycles in R&D get ever shorter and more complex, the capability of moving successfully among a variety of different solution contexts is a key competence. Organizations like Ars Electronica are also becoming increasingly relevant as a partner for institutions in applied science. 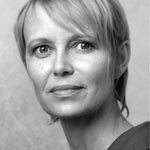 Bianka Hofmann is a producer of innovative science communication projects at Fraunhofer Institute for Medical Image Computing (MEVIS). She gets people involved in new scientific topics and future technologies at an early stage of their emergence. By utilizing interactive and artistic approaches (from STEM to STEAM), she fosters the general public’s understanding of science and technology’s impact on society. For over 15 years, she has developed content and formats for science communication such as an artist-in-residency project, short films, interactive exhibits, a kids’ college, continuing professional education for teachers, and family programs. Bianka Hofmann develops communication concepts that encourage people to actively participate and get hands-on experience. She is head of corporate communication at Fraunhofer MEVIS. Contact: bianka.hofmann@mevis.fraunhofer.de, Twitter: @jadeshiro