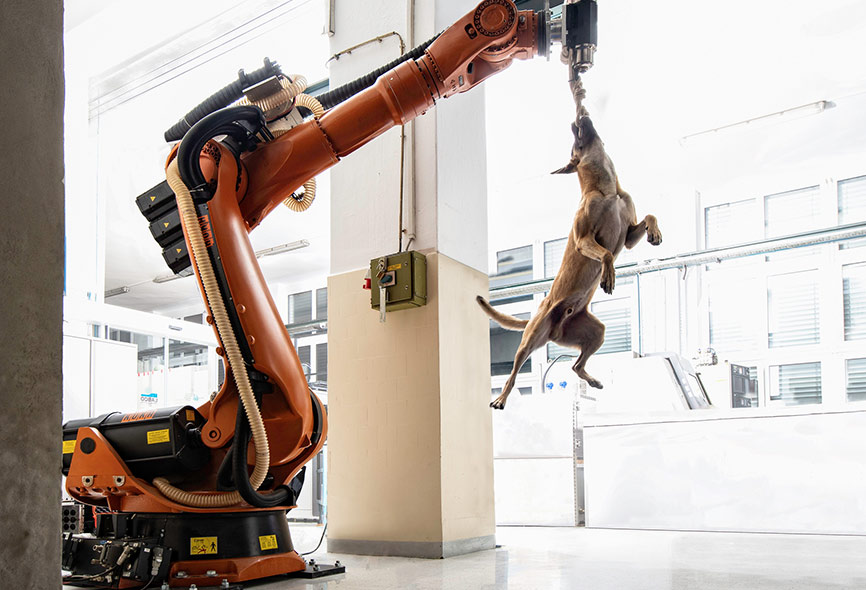 “human (un)limited” is the title of the current and second major exhibition project by Ars Electronica and Hyundai Motorstudio. Martin Honzik, director of Ars Electronica EXPORT and curator of the show, explains in an interview what the project is all about.

“human (un)limited” – what is this title all about?

Martin Honzik: “human (un)limited” is essentially inspired by two things: On the one hand, from last year’s joint exhibition project with Hyundai on “Future Humanity“. On the other hand, we are building on the spectacular thematic exhibition at this year’s Ars Electronica Festival, which was dominated by the tense relationship between “Human Limitations – Limited Humanity“.

Together with Hyundai, we are now further sharpening this thematic focus and asking ourselves what role technology plays in the unprecedented success story of our species. As a strategy and tool of empowerment that enables us to shape the world around us according to our desires. But also as an instrument and form of expression of our creativity, thanks to which we – keyword digitalization – have created a completely new world. We ask ourselves what so-called technological progress is doing to us and how it affects us as a society. We look at how technology shapes our daily lives, how it brings us together as a community, and how it divides us into sometimes irreconcilable factions. We ask which old hierarchies erode as a result of the development and availability of new technologies and which new ones emerge, we ask how all this affects gender roles and how our self-image and our relationship to other living beings and to nature as a whole is affected.

With “human (un)limited” we want to show that we all talk about technology all the time, but in reality about ourselves. It is we who produce technology, use it more or less meaningfully, thereby changing our lives, our attitudes and needs, in short, our culture, creating technology that affects us again, and so on and so forth. Artists accompany and question this process. They hold up the mirror to us, make us aware of the direction we are heading in and what we are overlooking on our way, because we sometimes blindly run for even more profit or power promising goals.

This debate happens at three locations simultaneously. What makes this so special?

Martin Honzik: Right, “human (un)limited” can be experienced simultaneously in Beijing, Seoul and Moscow. Thematically, the respective presentations do not differ at all, i.e. they all pursue the same question. But this is exactly where it gets exciting, because the artists come from China, South Korea, Russia and the West and thus from completely different cultures. If you look at the individual projects, you see both identical and completely different perspectives.

Ars Electronica EXPORT organizes exhibitions all over the world. What are your experiences in working with local artists like??

Martin Honzik: Well, it’s not always easy, because things are different in every place and communication between people is basically a difficult undertaking – but to experience it, you don’t have to implement a project in another time zone first! In any case, working with people in other countries and cultures is so exciting and enriching precisely because of all the differences – and a real privilege, I think. It’s always fantastic to see people all over the world getting enthusiastic about the same topics and visions, taking on completely different perspectives and finding new approaches. The moment of irritation and the moment of understanding are always very close together! By the way, this is exactly the guiding principle of all our EXPORT activities: Using the example of artistic statements from all over the world, we want to stage different ways of reading a theme on an equal footing and invite a broad public to perhaps be irritated by it at first, but then hopefully inspired by it. We don’t just want to show what the established people do, we want to combine their works with the things that small, but sometimes pioneering communities do outside the strongholds of media art.

If you could address the audience directly, what would your message be?

Martin Honzik: I do not want to send a message in the sense of “This or that we should do to make our future better”. This is not what our exhibition wants either. Rather, it is about allowing artists to help us a little, to ask the right questions. And at first they don’t have much to do with technology – in the sense of “human (un)limited” it’s all about what we humans actually want. Which borders do we want to overcome in the future and which ones not? Which limits restrict us, stand in the way of our further positive development as individuals and as society? And which limits should we rather not touch or impose on ourselves at all, because their crossing does indeed promise a note in the history books for this or that one, but not much positive for the general public. Whether as the starting point or end point of all these considerations, technology plays an important role in all these concerns.

Apart from the fact that we should all listen a little more closely to what artists are saying, I would like to see something else: that people recognize from the example of projects the enormous potential that lies in the cooperation of people from different disciplines, sexes, countries, cultures and religions. I am deeply convinced that this cooperation is the only viable foundation for a peaceful and livable future for us humans.

Keyword cooperation – “human (un)limited” is already the second major project that Ars Electronica is carrying out together with Hyundai Motorstudio. What are your experiences in this regard?

Martin Honzik: Of course, there are both separations and unities, and for many it would probably be obvious if Ars Electronica were to collaborate with Hyundai, or vice versa, if Hyundai were to close itself off to a project with Ars Electronica. So far, so outdated, I think. The reason for this may not be convenient, but it is plausible: if you claim not only to observe the Digital Revolution and thus passively endure it, but also to actively interfere and initiate the broadest possible social discourse, you have to go where technological progress is being driven: in business and industry. As I have just mentioned, I am convinced that we can only move things in a better direction together. This also and above all applies to projects such as the one we are now implementing together with Hyundai. We see ourselves as equal partners who both want to make a positive contribution to our future. That doesn’t mean that there won’t be any differences of opinion, but it’s also not a natural law that an art and cultural institution like Ars Electronica can’t or shouldn’t cooperate with a corporation like Hyundai. On the contrary, it is precisely because we represent different worlds or approaches that the discussion is so important and meaningful – if we were in agreement with Hyundai in all things, I would frankly try to cooperate with another corporation! My experience with Hyundai, however, is above all that there is a great willingness and openness here to deal with critical and uncomfortable positions – that is clearly stated and acknowledged at this point! 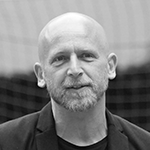