Meinhard Lukas: From the Postcity into Kepler’s Gardens 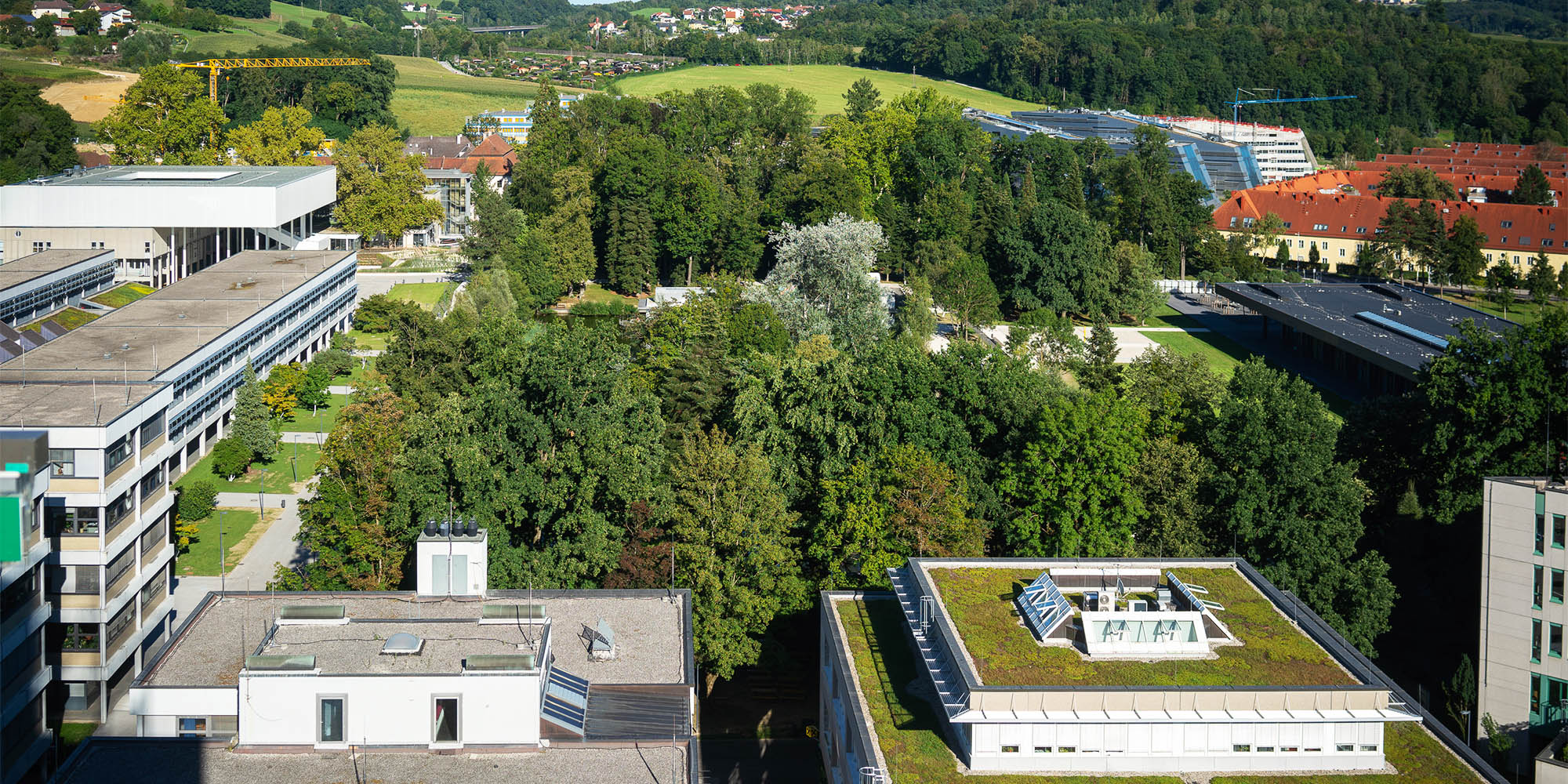 This is where out of the box was thought, reflected and designed. An almost ideal place to negotiate and tie up the big issues of technology, art and society for five years. A vibrating magnet that has attracted people from all over the world and inspired personalities from science and art to think visionary thoughts.

The Postcity created by Ars is a symbol of the enormous innovative power of our provincial capital. The way this location was dealt with in the long term, however, also stands for the lack of courage of one’s convictions, a not uncommon problem in this country. There is something ironic about the fact that the name POSTCITY outlived the so exhilarating and successful festival location in order to now serve as the name of a very “Linzian” real-estate project at this site. But that is another story.

Now, the festival is venturing a leap across the Danube. Not simply to where its own Center is located on the river, but rather to the northern edge of the city, to where the foothills of the gently rolling Mühlviertel region begin. This is where the campus of Linz University was established over fifty years ago—a university that the city and the province founded against initial bitter resistance from Vienna. It was opened in 1966 as a university for social and economic sciences, with the social dimension of business and economics to serve as the focus of teaching and research. But the initially skeptical federal policy-makers and the pioneers of the university have turned it into something much more.

The University of Linz

Things were possible at Linz University in the 1960s that were unthinkable at that time at Austria’s older, time-honored universities. The left-wing historian Karl Stadler was appointed by the school as the first scholar in the country to conduct no-holds-barred research into Austria’s role before and during the time of National Socialism. The Jewish economist Kurt Rothschild, who had to flee Austria after its annexation into Hitler’s Nazi Germany, and who in his writings dealt extensively with unemployment and equitable income distribution, was one of the founding fathers of the university as a professor for economics there. Another was a former official at Linz’s Chamber of Labor (Arbeiterkammer), Rudolf Strasser, who as a professor in Linz not only became a pioneer in Austrian labor relations law but also founded a Linz school of civil law that is still influential today.

Within only a few years, the university developed into a breeding ground for a formidable avant-garde, be it in the fields of marketing, computer sciences, information management, or later in mechatronics, legal gender studies, and environmental law. And still today, the university is a groundbreaking institution with regard to its role and its influence in the area of artificial intelligence and physical intelligence. 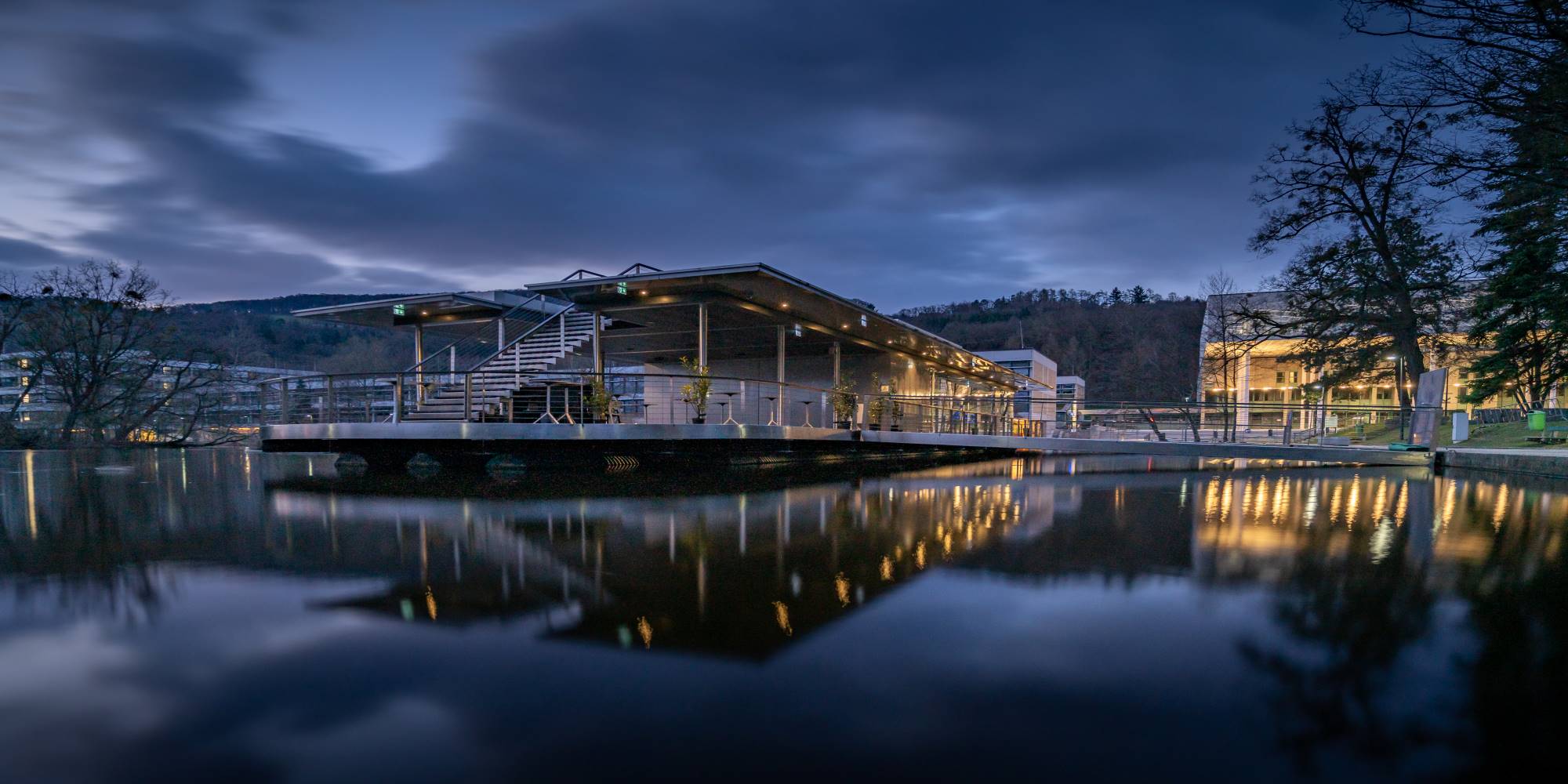 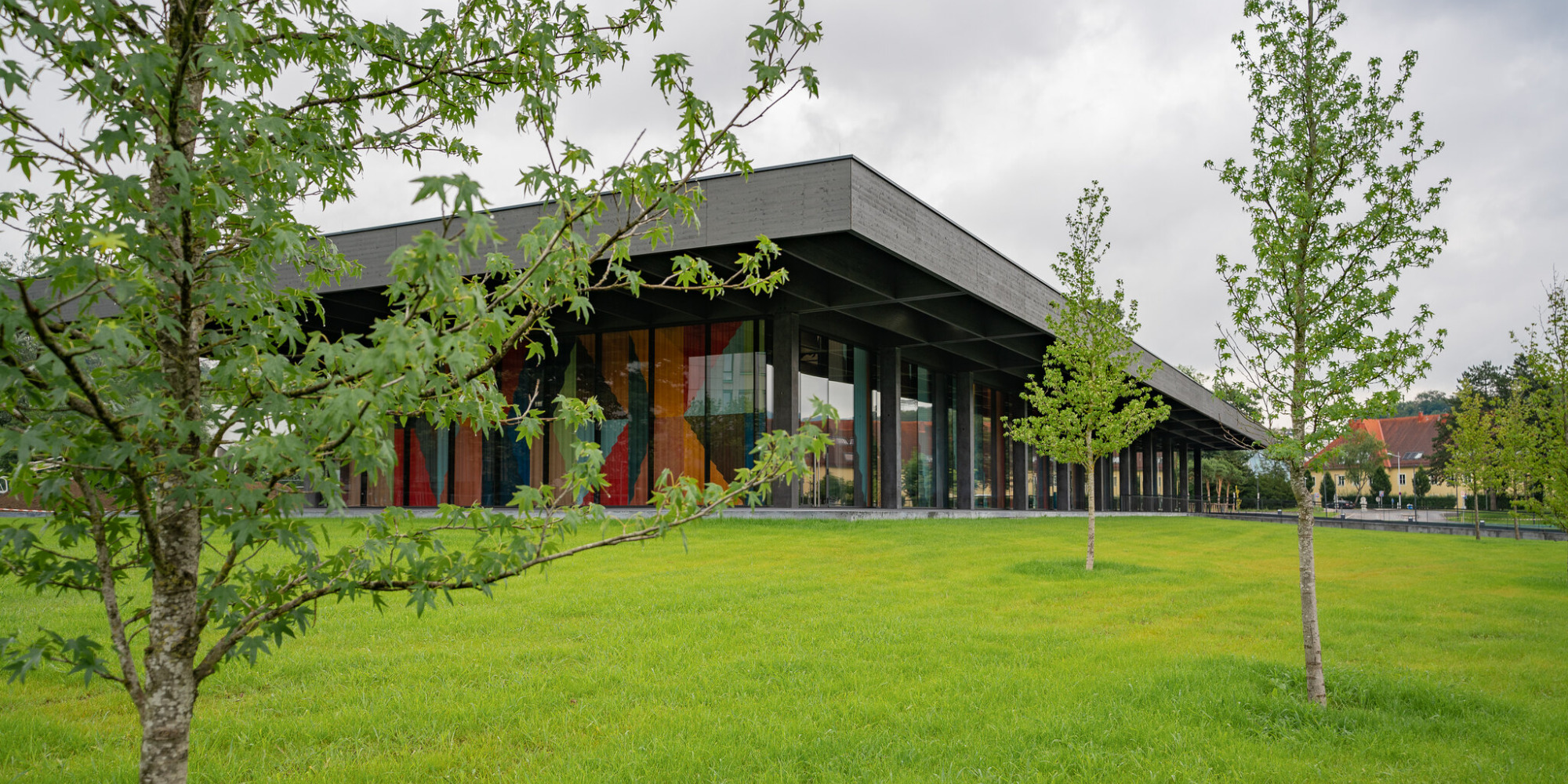 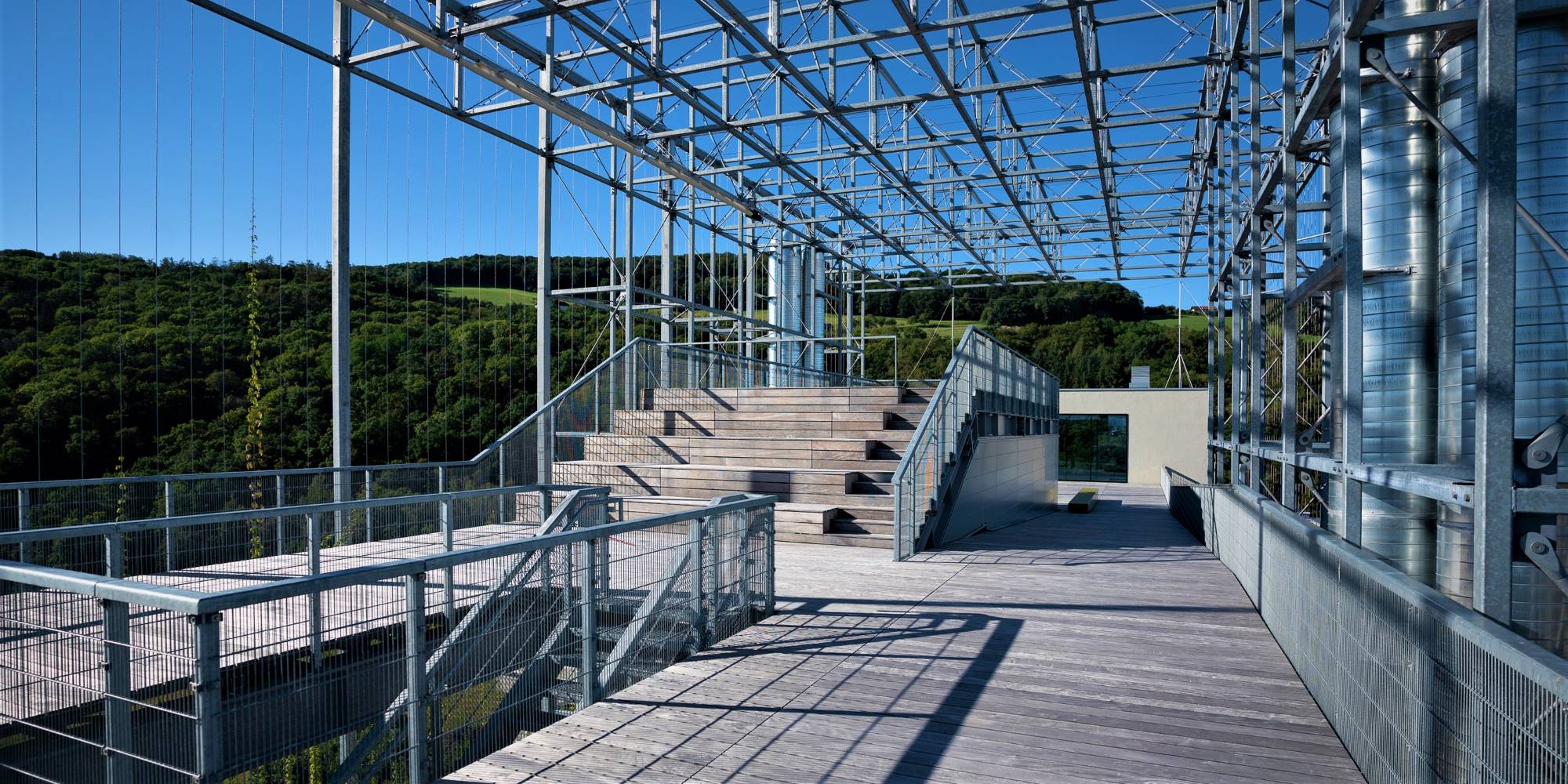 The university now employs some 3,500 people and teaches about 20,000 students in four faculties (Engineering and Natural Sciences, Business and Social Studies, Law, and Medicine). It is above all the research conducted at the intersections and in the intermediate areas between the faculties and subjects that has always made up the university’s DNA. This also applies to the Faculty of Medicine, opened only in 2014, whose specialized research areas include medical engineering and health services.

The Linz Institute of Technology (LIT), founded in 2015, is committed to a forward-looking, interdisciplinary conception of technology. It is not only the collaboration between the natural sciences and engineering but also the societal, health-related, economic, and legal dimensions of technology that constitute the core of the LIT. The new LIT Open Innovation Center with a modern cleanroom and the LIT Factory are the home base for an institute of scientific diversity, one that stands first and foremost for responsible technology and—like the JKU in general—for the highest quality standards in teaching and research. In this way, the LIT allocated its funds through university-internal calls conducted in a strictly competitive process and with the oversight of the Austrian Science Fund (FWF).

The name of our university’s genius loci, Johannes Kepler, was not adopted until nine years after its founding. This, of course, had a great deal to do with the establishment in 1969 of the Faculty of Engineering and Natural Sciences, even though his name graces the university in its entirety. This is very much in keeping with the Keplerian perspective, as he even described himself as a polymath. At the same time, this also addresses an important virtue that links the Ars Electronica and the JKU: it is not (only) a specific vision, which in isolation all too frequently becomes tunnel vision, that characterizes the two institutions, but rather an interdisciplinary approach.

The idea of the Keplerian gardens is, of course, only ostensibly related to the name of our university. And the reference to our university’s campus, with its fantastic green spaces, has only a superficial significance, as impressive as the centuries-old stand of trees may be. In essence, it naturally has to do with conceptual gardens that can manifest themselves at any analog or even virtual spot in the world. In this sense, the Kepler’s Gardens as conceived by Ars Electronica in Linz are the epicenter of a world-spanning, lush garden landscape that can blossom in even the most barren steppes.

Nonetheless: anyone who strives to conceive of and create Kepler’s Gardens should reflect at least briefly on his unparalleled life and cataclysmic work; in short, on his genius. His work in Linz alone renders one speechless. It was on May 15, 1618, at a building with the address Hofgasse 7 in Linz, that Johannes Kepler discovered the relationship between the size of a planet’s orbit and the length of its orbital period around the sun, now referred to as Kepler’s third law. As groundbreaking as this insight was, it remained misunderstood and unappreciated throughout his lifetime. Kepler once again pulverized the state of knowledge of his time. It is not by chance that no less a figure than Sir Isaac Newton was thinking, among others, of Kepler when he uttered his famous metaphor: “If I have seen further it is by standing on the shoulders of Giants.”

In this regard, I reiterate my call for a self-reflection on the part of today’s scientists: while in Kepler’s day it was above all dogmas of the church that placed limits on groundbreaking insights, today, I am afraid, it is academic rituals and pecking orders that at least here and there could represent a stumbling block for earthshaking discoveries. Moreover, there is and always has been an incredible contrariness prevalent that makes life difficult for geniuses of Kepler’s rank. As Kepler wrote himself regarding his character: “Within me there is a vehemence, an intolerance toward irksome people, a shameless delight in mocking them as well as jesting, and finally an unapologetic proclivity for criticizing people, as I do not leave anyone unchallenged.”

One of Kepler’s most outstanding traits, incidentally, has much to do with the aims of Ars Electronica: Kepler thought and researched in an integrated, “all of a piece” manner, as Thomas Posch so aptly described it in his biography. His thought processes were able to unite a world view with knowledge, and a poetic approach to the world with a mathematical one, in a completely natural manner. His Harmonices Mundi, in which he published his third law of planetary motion, is in a sense the culmination of Kepler’s all-embracing research approach. In this respect, Kepler’s “harmony of the world” is a concept that, in a time of the highest degree of specialization and atomization of knowledge, we should hark back to. Kepler’s Gardens thus also stand for a renaissance of an integrated research approach.

But above all, the gardens should invite one to dream, to imagine small and great utopias, and to simply wish—just as the fantastic writer Valerie Fritsch described in the text she wrote especially for our “Long Night of Utopia”: “It is commonly said about a person’s life that it contains two fateful moments: the moment in which the greatest yearning is fulfilled, and the one in which it is conclusively not. Nothing impels us more than even the smallest of wishes that we find in a corner of our being. In the tabernacle of our chest, we all carry the hope, the desire for the beautiful. If you wish, you are alive, in the middle of the universe; you view the world as a world that is evolving, one in which everything can become anything. There is a power in wishing, a meaningful, boisterous, impetuous delight. It is a resistance against the cast-in-stone, against the probable, the unavoidable; it is a revolution of the heart against the gravity of reality.” May Kepler’s Gardens also become spaces of archaic wishing.

The festival’s move from the POSTCITY to the campus is in itself an experiment. Corona made it a daring venture that placed enormous demands on all those involved. The alternative would have been a capitulation to the virus—at a very time in which technology has attained a nearly excessive importance, in which society is wounded and anxious, and art is threatened in its very existence. Now, of all times, the situation calls for surveying the new world. Let us begin the search for the polymaths of our time. May Kepler’s Gardens be a magnet for this! 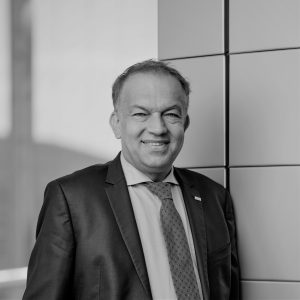 Since October 2015, Prof. Dr. Meinhard Lukas has held the office of Rector at JKU. Prior to this, he was Dean of the Faculty of Law for four years.
Almost incidentally, Meinhard Lukas made a name for himself as a pioneer for the Medical Faculty at JKU. From 2012 to 2013 he represented the City of Linz in the negotiations with the Republic of Austria in this regard. Since 2013 he had been in charge of the Medical Faculty project on behalf of the former rector.