Rebecca Merlic: Making The City Your Own 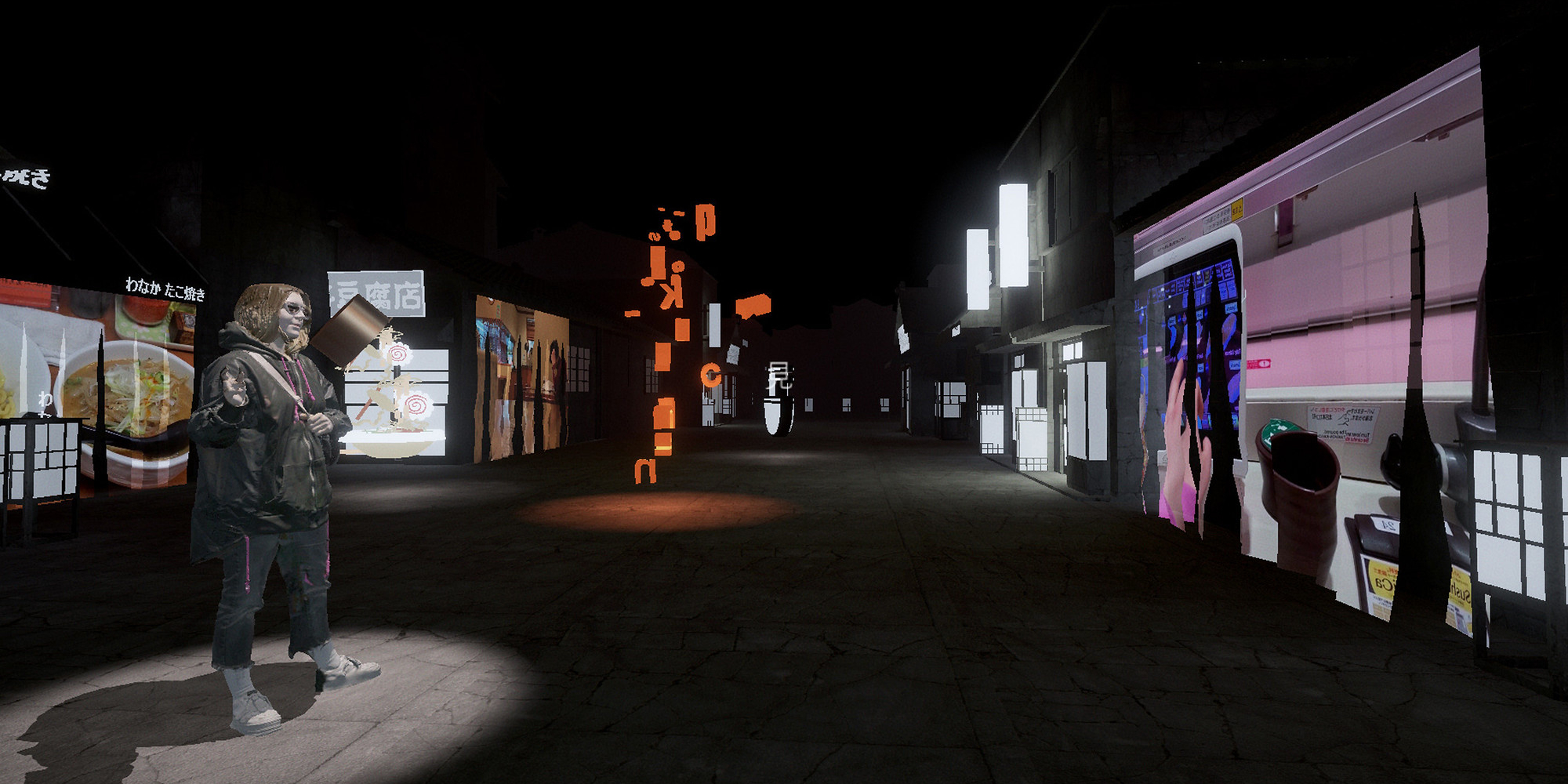 Rebecca Merlic, who yesterday was awarded the Marianne.von.Willemer.2020 Prize for Digital Media at the Ars Electronica Center and was already represented at the Ars Electronica Festival 2020, has abolished the private apartment: After her studies in Tokyo, she decides that living, working, living and eating can also take place in public spaces. As a young, white, heterosexual young woman, she no longer needs private spaces in the future; she makes the city her own. Everything she needs is there: ramen stores to eat, public baths to wash and relax, together with other people, capsules or love hotels where you can sleep cheaply and places with wifi and no obligation to consume where you can stay.

She collects the experiences she had during these two months in Tokyo with her smartphone, she collects data about her health, about her location, makes 3D scans and pictures of herself and writes a diary. This results in the work “TheCityAsAHouse”, a visual novel created with the OpenSource Game Engine Unity to open up a digital space for the human user in which he or she can relive the created experiences and open up new spaces. We wanted to learn more about this possibly future-oriented project and talked to the artist about the loss of security, the concept of home and plans for the future.

What do you associate with the person Marianne von Willemer and what does it mean to you to receive a prize that bears her name?

Rebecca Merlic: I did some research on her person after the call for entries and find her story very tragic. She was married relatively young, her work was not recognized, or rather, her success was credited to others in her place. I was surprised by the role she played in literature, because she was never recognized for it.

Where did the work “TheCityAsAHouse” originate? What was the idea at the beginning of this exciting project, what thoughts did you have before you started this experiment, let’s call it that?

Rebecca Merlic: On the one hand, I was inspired by my encounters with young Japanese women, some of whom already live like this – not as much as I have, but once or twice a week. On these days they don’t return to their parents’ house, they rent something in the city, stay there overnight because they don’t have to explain themselves and are much more free. On the other hand my own living situation – I moved very often when I studied in Tokyo because it is very difficult to rent apartments, especially for foreigners. That’s when I realized that I pay 1000 Euros for an apartment in which I only sleep 6 hours, because otherwise everything is transferred outside, into the public space.

“Young women in Japan already live like this in some cases (…). They rent a room in the city once or twice a week, they don’t return to their parents’ house because they don’t have to explain themselves there and are much more free.”

What does home mean to you, the concept of home?

Rebecca Merlic: Because I grew up with Croatian roots in Germany and moved around quite often as a child, there is no permanent home for me. Because of my more unstable lifestyle as a child, which probably also made it easier for me to give up this “home” and look for its functions in an urban context. If you abstract it, reduce the home to certain functions, you can find a home anywhere.

After all, these “own four walls” offer most people a great deal of security. What does one replace this security with when one throws everything overboard?

Rebecca Merlic: It’s actually all fiction: When you rent an apartment, you can break it down into its functions, you can calculate the value per day. Even if you buy a house, on credit, it is a fiction of ownership that you may never pay off. 6 days a week it is a liberating feeling, on these days you don’t need the security because you feel more free. One day, because of my childhood upbringing, even though this day has no meaning in Japan, it was Sunday. On this day I wanted to surround myself with emotional objects to which I or other people have an emotional connection. I think that is what makes a home: It is an archive of a life that you have accumulated. One could produce such archives to replace this thought.

Have you returned to the same places, have you slept in the same capsules, eaten in the same restaurants?

Rebecca Merlic: Yes, sometimes yes. When I had interactions with people. So in the ramen store where I often went, the food was cooked by the owner, the capacities were very small, so it was very personal and familiar. Sometimes I built up relationships through language barriers, which were very nice, then I drove halfway through the city to eat there again.

So you create patterns yourself?

Rebecca Merlic: Yes, although interrupted from time to time, depending on the day of the week etc. On weekends I sometimes drove to the countryside because the rent for overnight stays is adjusted daily. They are oriented to the market, so the same capsule can cost sometimes 25, sometimes 100 euros per night. So on the weekends I often went to the country or stayed overnight with friends.

How do you live now and can you imagine to live like this in the long run?

Rebecca Merlic: I can imagine it very well and sometimes I miss it too! I live together with my partner now, but I often change my studio, rent a room where I can stay overnight, so I don’t always have to return to the same place. It means a certain freedom and inspiration for me. I would like to try the same thing in Vienna, but I’m afraid it would be very one-sided because there aren’t so many different possibilities.

That would have been my next question, what makes Tokyo different from a city like Vienna or Linz?

Rebecca Merlic: There are places there that I have declared as kitchen, bedroom, bathroom extension. It was never about homelessness, because I would never dare to say anything about this feeling. It was more about living a free, hedonistic lifestyle and to make use of the capitalistic lifestyle, which is much more pronounced there than in Europe. For example, I spent a lot of time in supermarkets, I worked there, there was internet and a toilet and you didn’t have to consume anything. That’s more difficult with us – there are few places that offer consumption but don’t demand it.

…but still only few use these places the way you used them?

Rebecca Merlic: I think so, partly. Some places don’t, but I think that in Tokyo there is no public space anymore, but that it’s the other way around, that private space is in public space.

Finally, I would like to ask: Are there any follow-up ideas, a follow-up project that you have planned?

Rebecca Merlic: I would like to go back there and see how it would be possible under corona conditions. At the moment it is not yet possible to immigrate, but in January I hope that it will be possible. 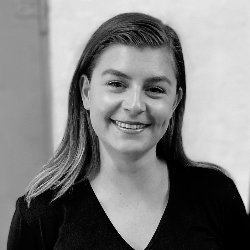 Rebecca Merlic, *1989 in Germany, retreats between Tokyo, Munich and Vienna. She recently graduated with distinction at the Academy of Fine Arts, where she studied under Wolfgang Tschapeller, Francois Roché and Michael Hannsmeyer. In her studies she specialized on analogue and digital art as well as architecture. Her work is strongly influenced by alternative ways of society and transgression in socioeconomic conventions as well as new forms of architectural production employing new technologies. During her masters she was able to study at Astushi KITAGAWARA Lab at Tokyo University of the Arts GEIDAI. She is a holder of the Marianne von Willemer Prize 2020 for digital media and the merit scholarship of the City of Vienna. Currently she is working on the topic of social inclusion at the American Arts Incubator – Austria with lead artist Rashin Fahandej. Her work is also on display at ADAF Athens Digital Arts 2020 in Greece.

The Marianne.von.Willemer Prize is awarded annually by the City of Linz exclusively to female artists. Next year the prize will be awarded in the category Literature, and again in 2022 for Digital Media. Here you can find out more about it and how you can apply yourself.