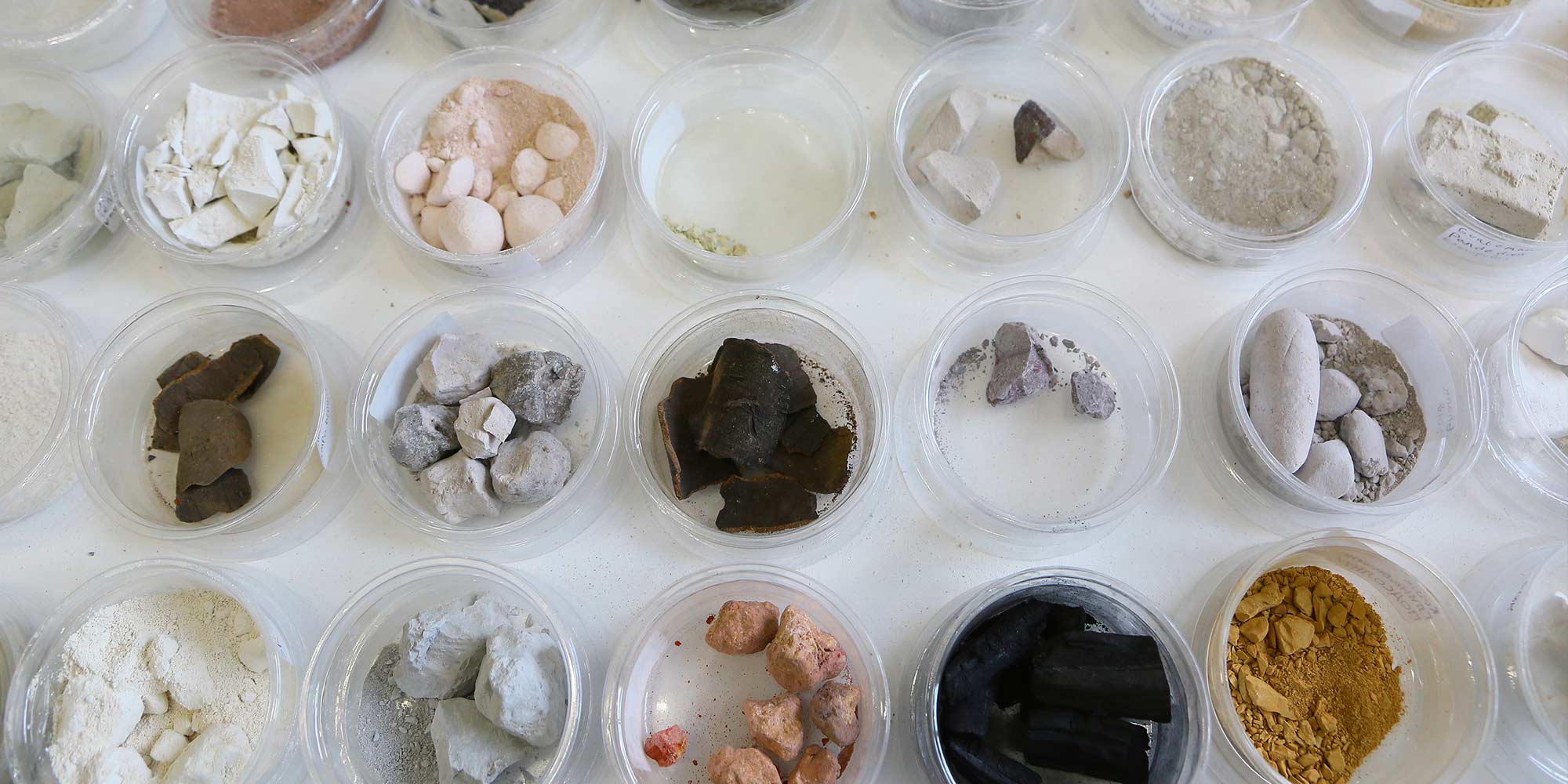 “Geophagy” is the scientific name for the practice of eating earth and earth-like substances, such as clay and chalk. Eating earth is an ancient practice and is an integral part of many cultures across the world. The Museum of Edible Earth by masharu is a cross-disciplinary project with, at its core, a collection of earth samples, which are eaten for various reasons by different people across the globe. It invites the audience to physically question our relationship to the environment and the Earth, and to review our knowledge about food and cultural traditions using creative thinking. The Museum of Edible Earth addresses the following questions: What stands behind earth-eating traditions? Where does the edible earth come from? What are the possible benefits and dangers of eating earth? What engagement are we, as humans, establishing with our environment and non-humans?

The Museum of Edible Earth has more than 400 edible earth samples, mostly clay, such as, for instance, kaolin and bentonite, as well as chalk, limestone, volcanic rock, diatomaceous earth, and topsoil. The materials originate from 34 countries. Alongside the earth collection, The Museum of Edible Earth includes graphic design materials, photography and video works, online edible earth interactive database, installations and performances. It fosters collaborations with scientists, artists, designers, researchers, and cultural communities. At the Prix Ars Electronica 2021, the project won an Award of Distinction in the category “Artificial Intelligence & Life Art.”

The Russian-Dutch artist’s project became the inspirational starting point for a series of projects summarized under the title Taste your SOIL. Taste your SOIL stands for the extension of Ars Electronica’s cultural mission, namely to use technology in such a way that it acts in a sustainable, connecting and expanding way, between us humans and nature. A nature whose radical changes are forcing humanity to take action and sustainable transformation processes without alternative. Taste your SOIL thus finds its logical position in the “New digital Deal”, as also “the digital” must be part of any “Green Deal”. This manifests itself in many program points and already began with the move from POSTCITY to the parks of the Johannes Kepler University. The newly introduced concept of the garden symbolizes the fundamental relationship status between man and nature and is part of any cultural concept worldwide. It continues in the catering of the festival. Local hosts, local and organic staple foods and “EARTH” as a basic theme for the cooks.

Taste your SOIL is a Community Project with a large partner network. From these partner gardens, soil samples are sent to us with a photo and video, where the soil and its taste are described. In Taiwan, top chefs take on the theme of earth and cook with it. In CHILE the project “cooking for freedom” is dedicated to the pandemic situation in the Andes and in Russia the ITMO University creates a whole exhibition on the theme “EARTH”. And of course, the theme is also found in Kepler’s Gardens in artistic projects and interventions, in botanical or bacterial excursions, in workshops and much more throughout the festival. All gardens have been asked to send soil samples to enrich The Museum of Edible Earth at the 2021 Ars Electronica Festival.

You can find out more about The Museum of Edible Earth here.