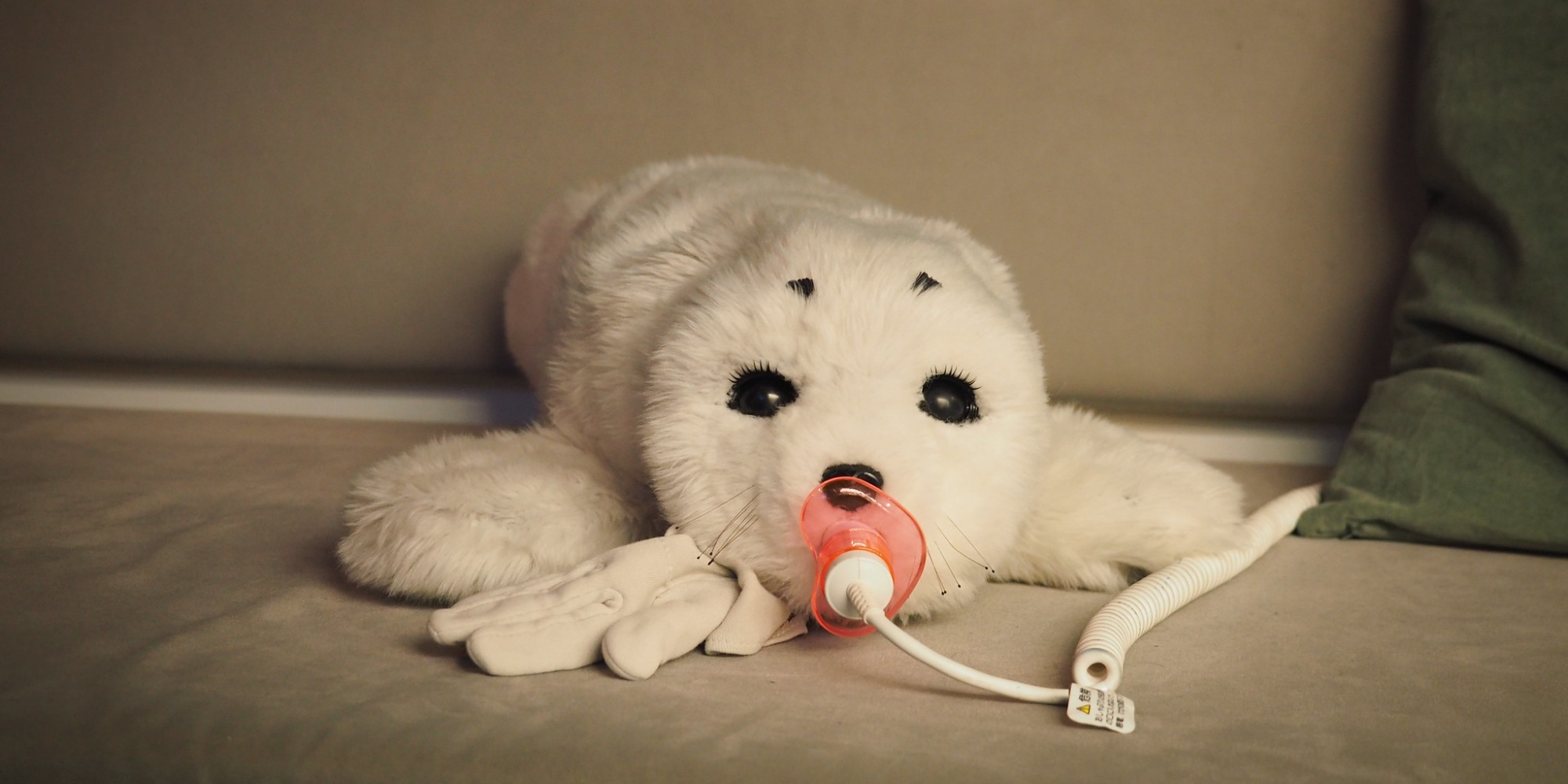 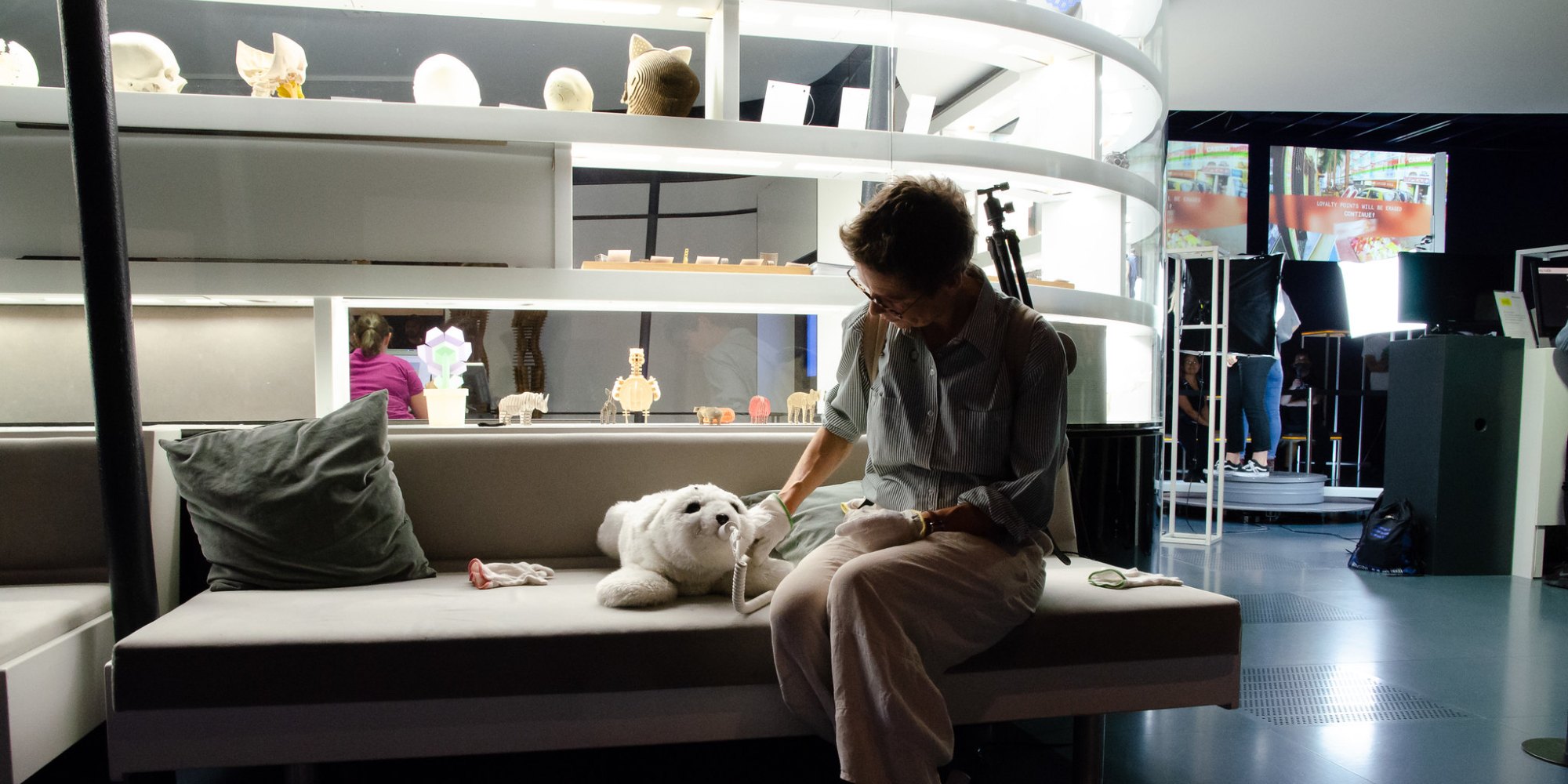 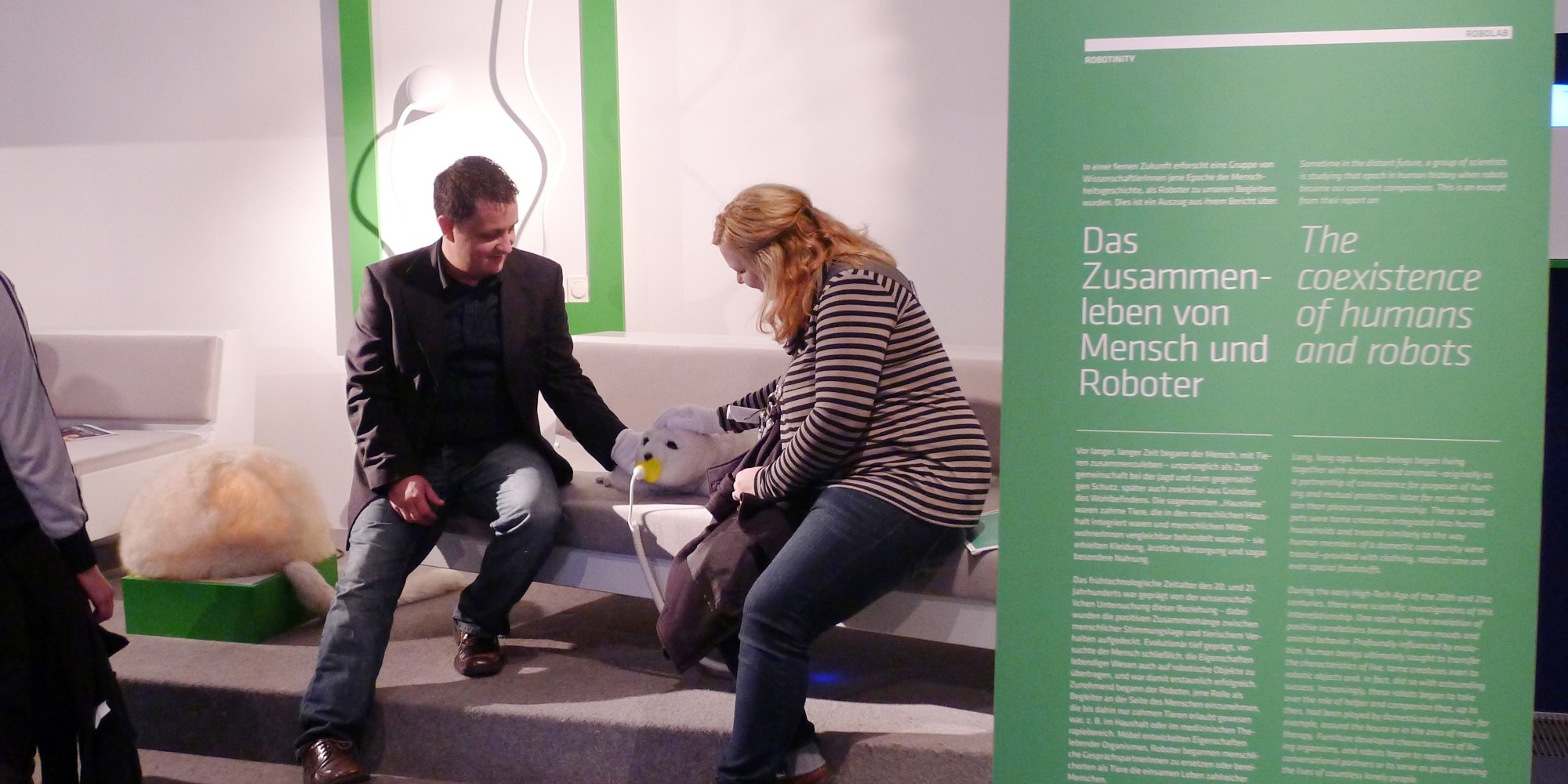 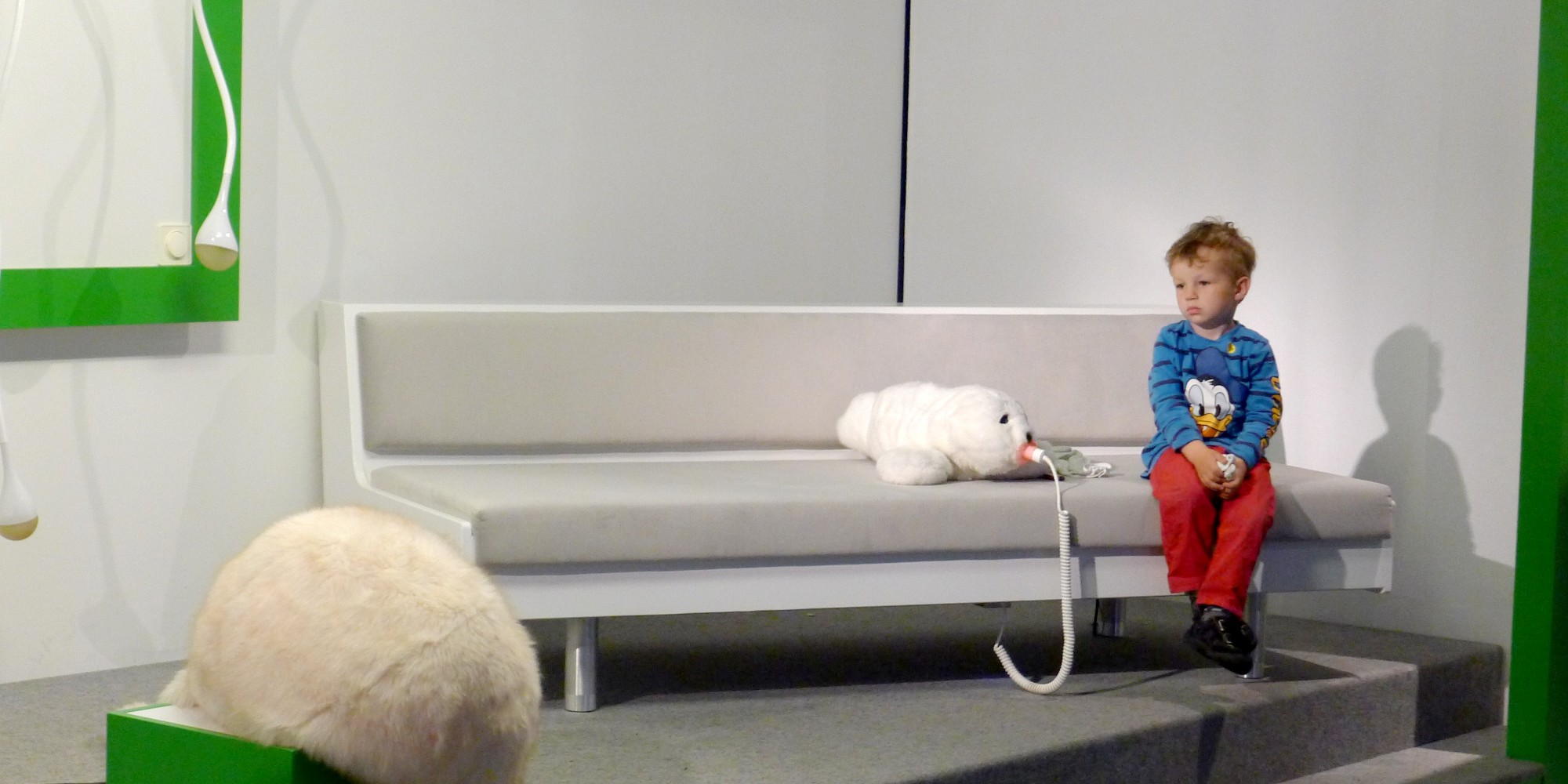 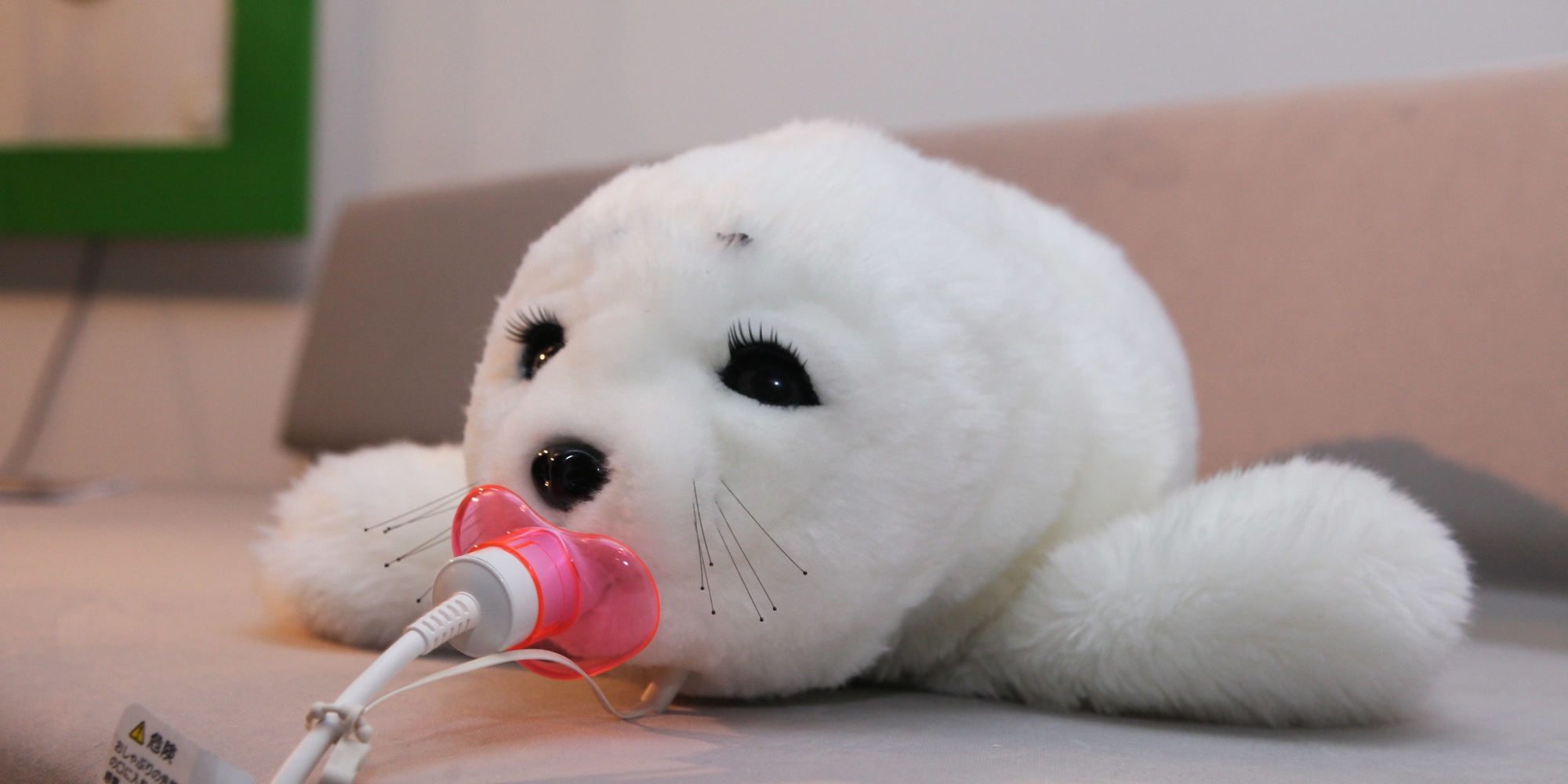 At first glance, Paro looks like a normal stuffed animal, but there is much more to the snow-white seal than just plush fur. Paro is an animal robot developed by the Japanese National Institute of Advanced Industrial Science and Technology (AIST) and has been used in Japan and Europe since 2003 in therapy, for example for Alzheimer’s patients. The robot, which looks like a seal, perceives its environment via five computer-controlled sensors that measure touch, light, acoustics, temperature and body position, thus enabling it to react to its respective counterpart with, for example, the movement of its tail as well as its head and eyes, or sounds similar to those of real harp seal pups. Furthermore, Paro can distinguish up to 50 voices and listens to its own name. The shape of a baby seal was chosen because most people have no preconceptions about the behavior of this creature. Paro was exhibited at the Ars Electronica Center from 2011 to 2018 and was one of the most popular exhibits. The little white seal even holds a world record, it is in the Guinness Book of Records as the “robot with the greatest therapeutic benefit”.

More pictures of Paro and over 40 years of Ars Electronica can be found in our archive.