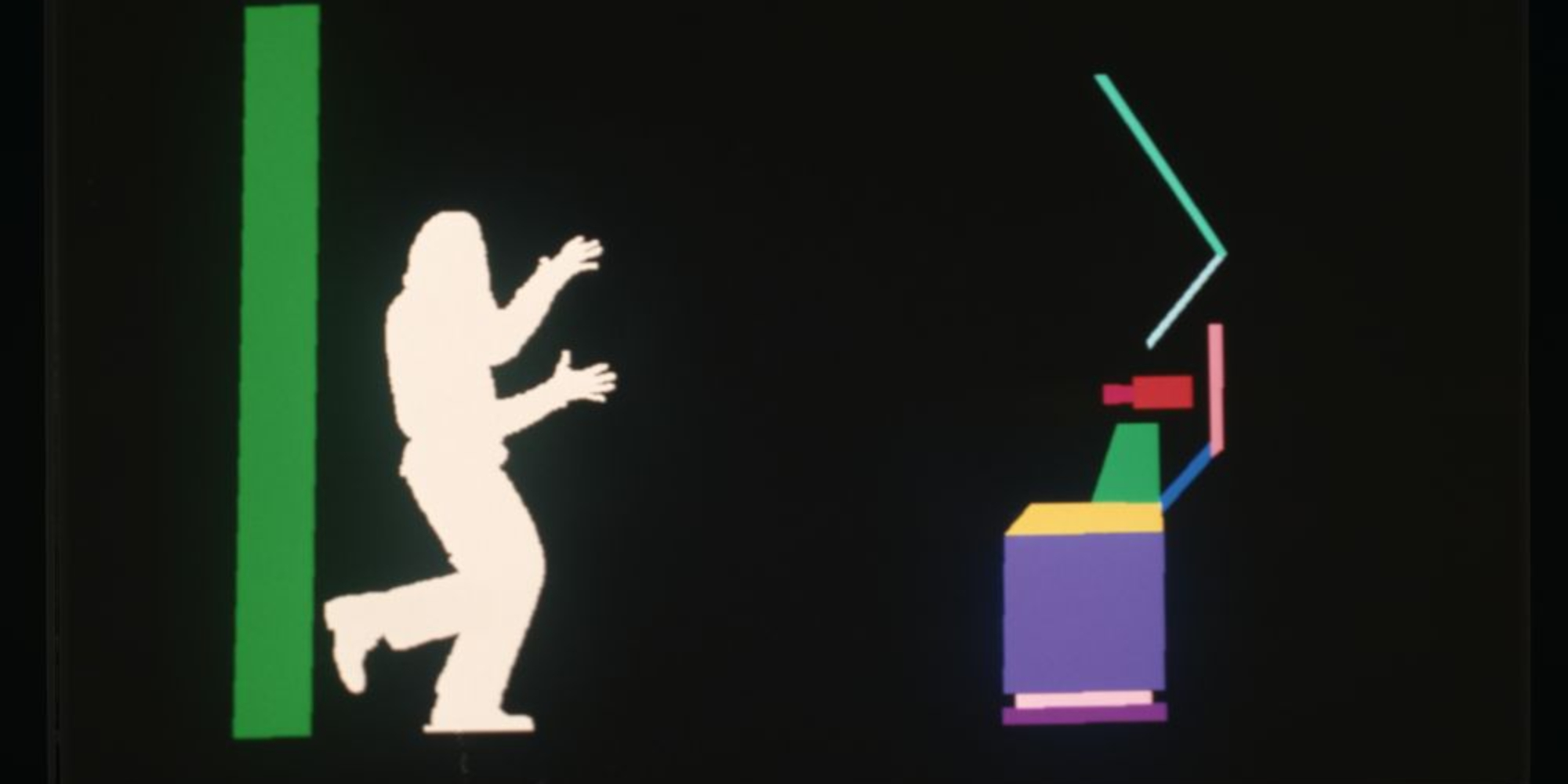 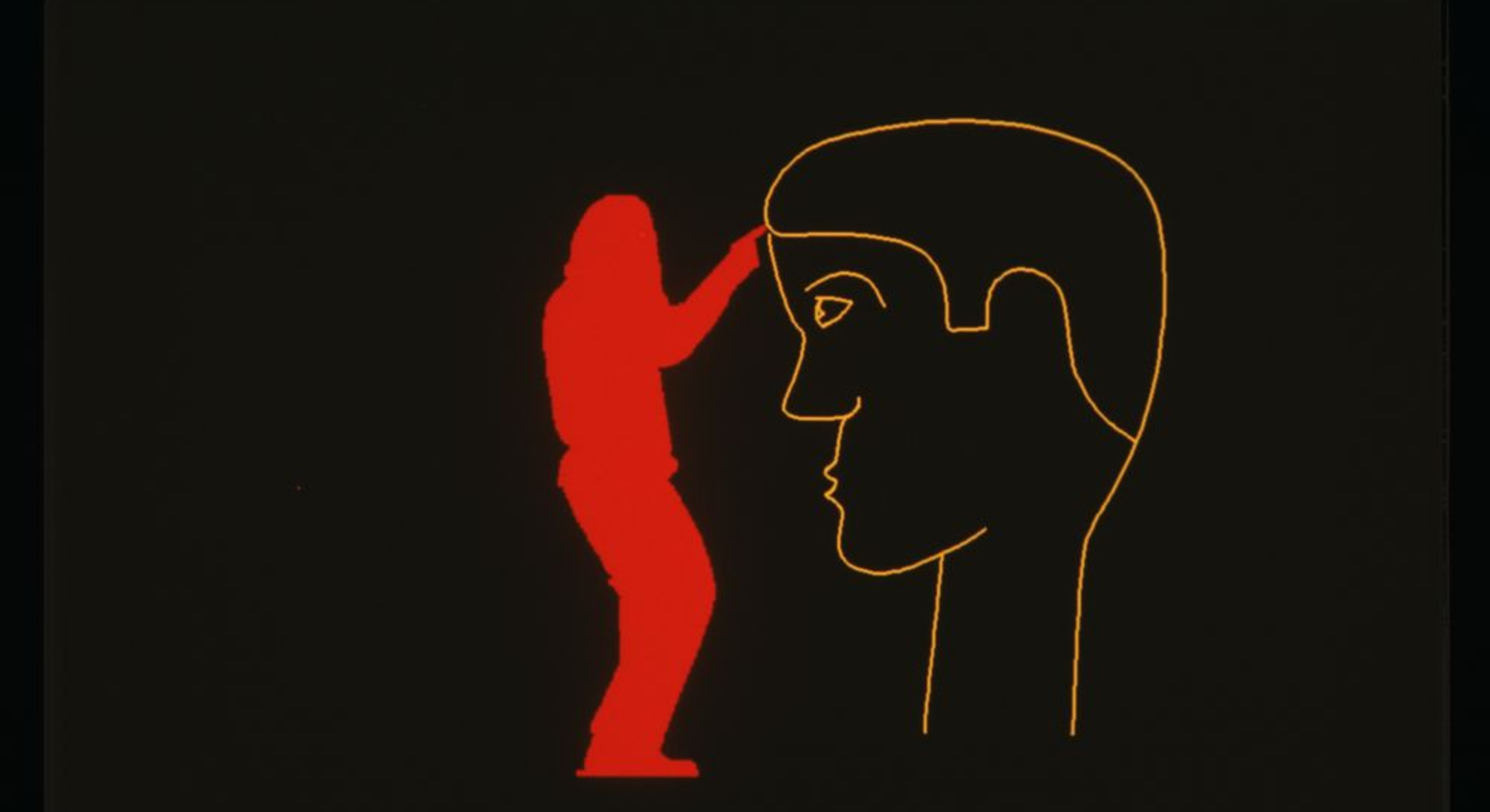 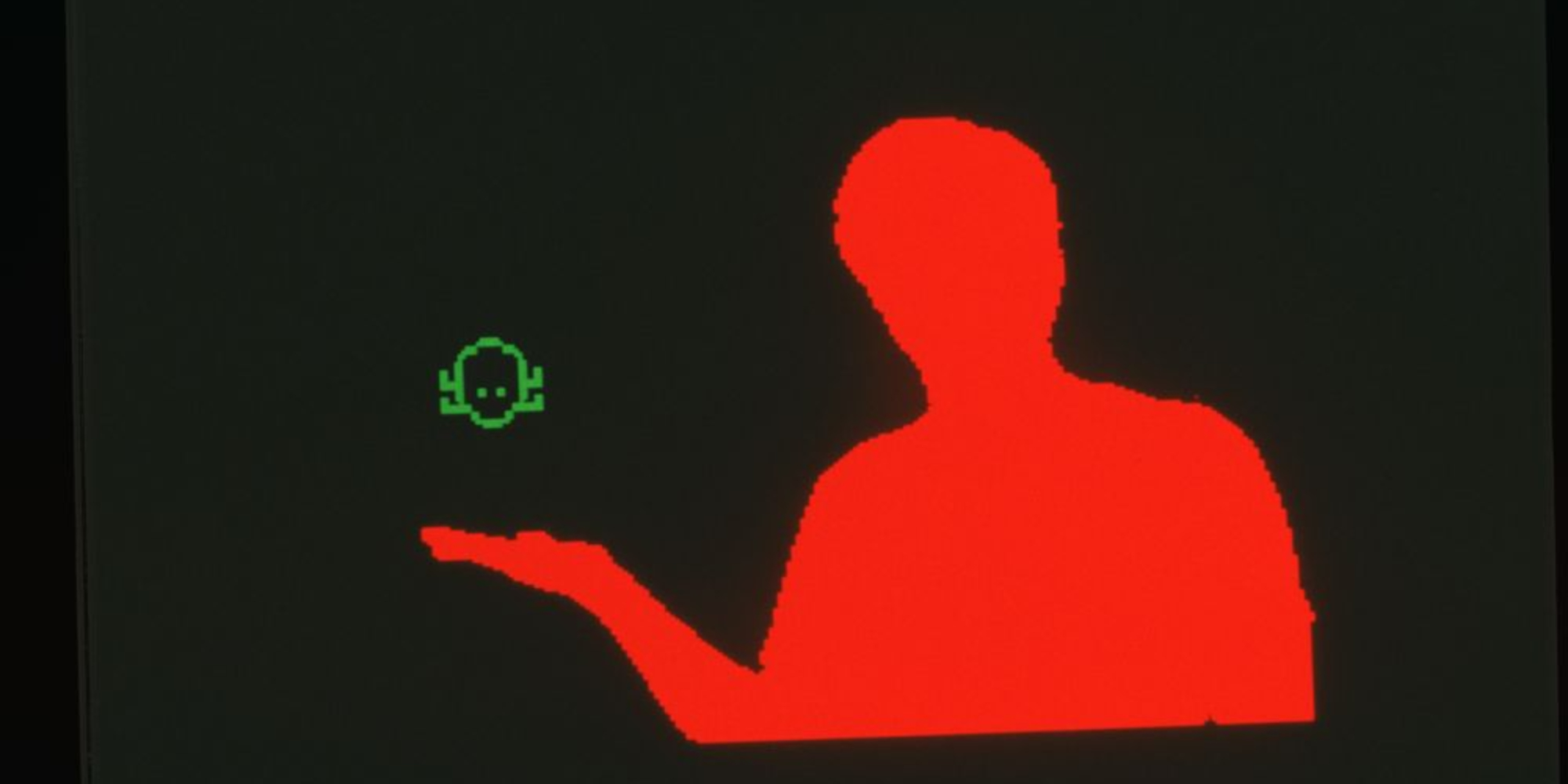 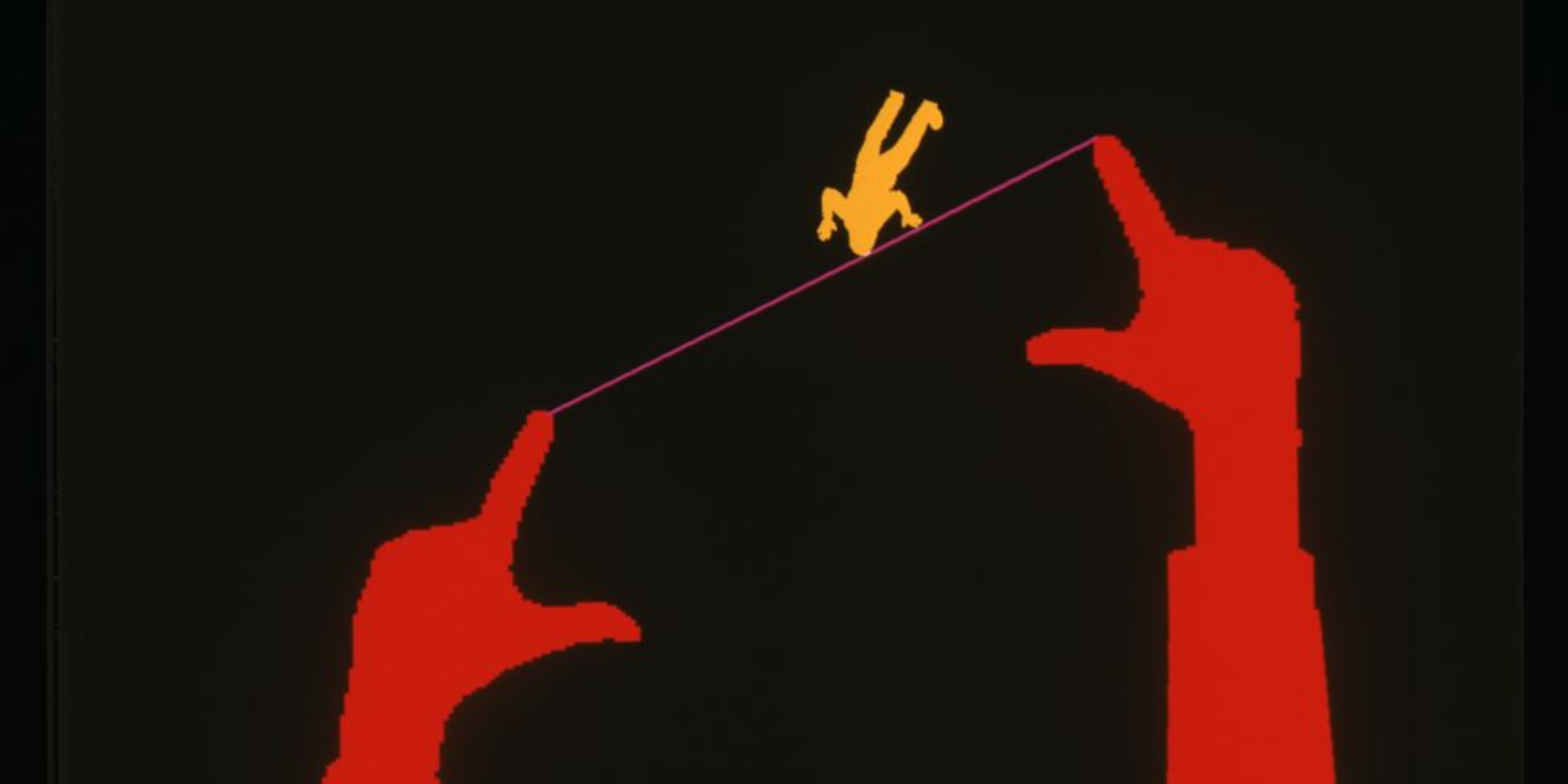 American computer artist Myron W. Krueger, who began developing interactive works early on, won the first Golden Nica in this new category with his work Videoplace, which deals with interactive works of various formats – from installations to net projects. The work Videoplace was not actually conceived as an interactive artwork; rather, the goal was to elevate interactivity itself to an artistic medium. To do this, the human interface had to be redefined: The system was to recognize the movements of the participants instead of processing commands from traditional input devices. Videoplace consisted of two rooms that could be located in the same building or on the other side of the planet. Participants who entered the room immediately saw themselves, as well as the projection of the people in the other room, projected on a screen in front of them. Both participants saw the same image, could move it by moving themselves, and could also interact with each other’s image. The image of the participating persons could be resized, rotated and changed in color. Interacting with completely virtual objects was also possible.