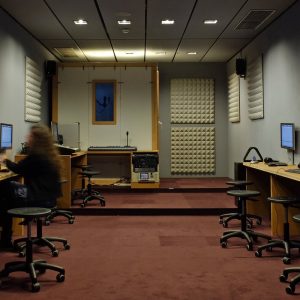 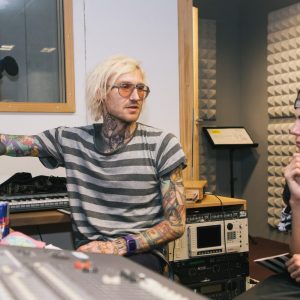 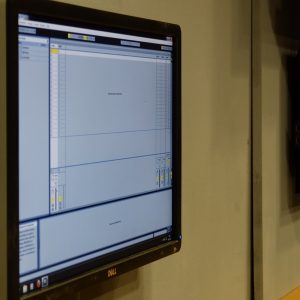 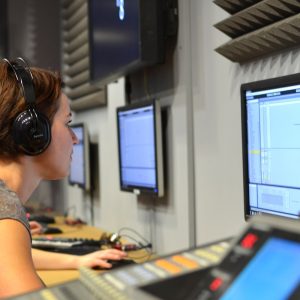 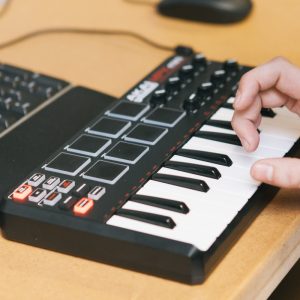 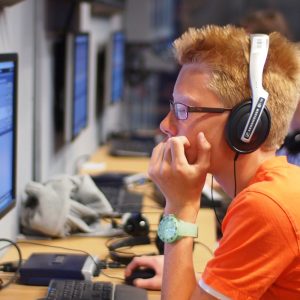 The SoundLab, the predecessor of the Open Soundstudio, was set up in the Ars Electronica Center’s Main Gallery in 2012 as part of the voestalpine Klangwolke. Here, visitors could immerse themselves in the world of sound at six workstations during museum opening hours and at special workshops-regardless of whether they were professionals in this field or were exploring sound for the first time. To create their own sounds, the recording studio featured a dedicated vocal booth, MIDI instruments, and Ableton’s versatile audio editing software. In workshops, everyone could record and remix their own sound snippets, such as voice, rhythm or noises. To ensure that their own work was heard, it could be uploaded and submitted for the voestalpine Klangwolke The Cloud in the Web, which took place in Linz on September 1, 2012. Sound artist Marco Palewicz composed a five-minute piece from all the submissions, which could be heard by everyone on the evening of Klangwolke 2012.