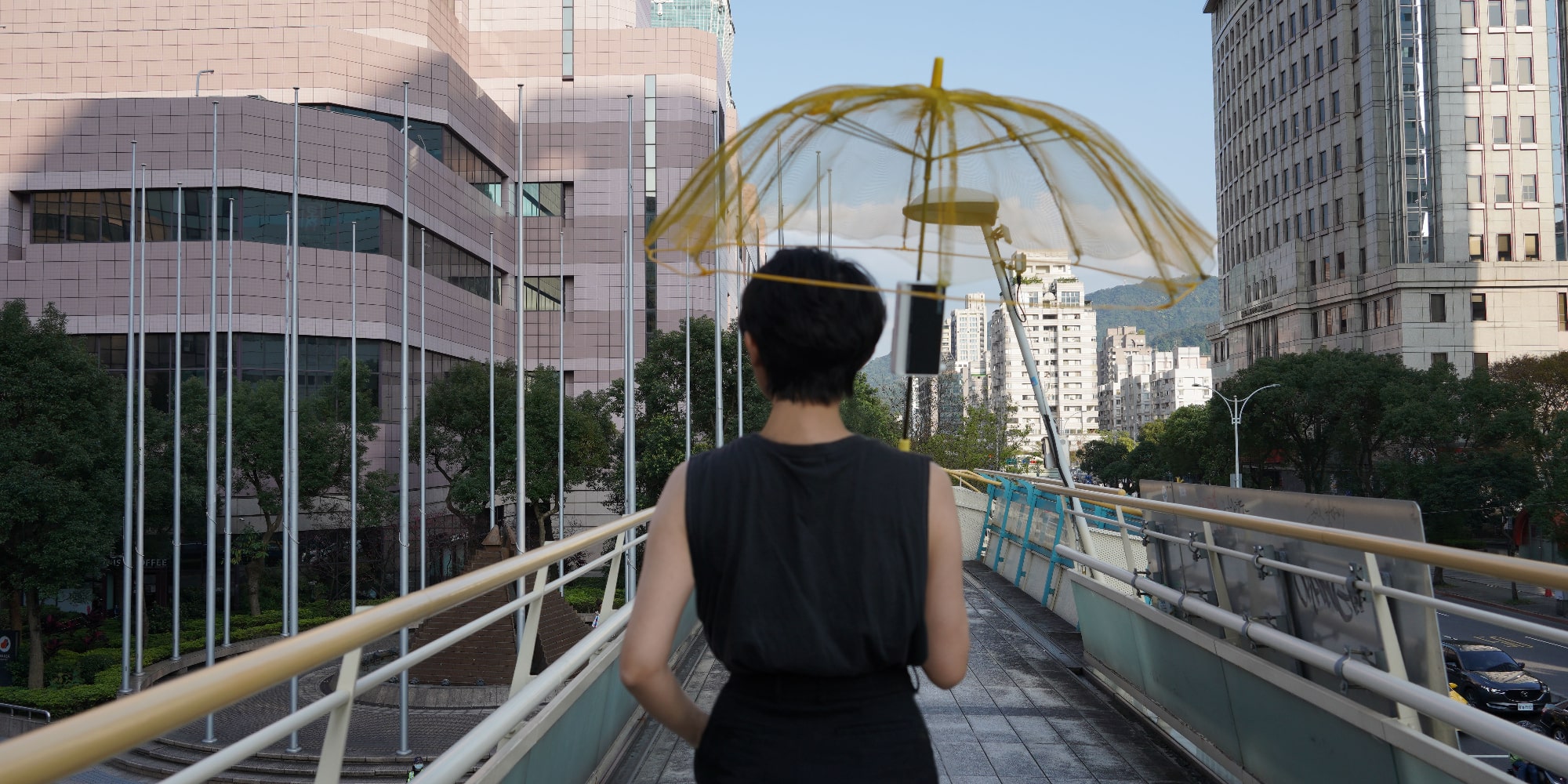 The world’s largest online enceclopedia refers to the term umbrella as “a folding canopy supported by wooden or metal ribs that is usually mounted on a wooden, metal, or plastic pole.” But what really makes an umbrella an umbrella is it’s protective function – whether it is from rain or from sunlight.

Bi0film.net‘s umbrella, created by Jung Hsu and Natalia Rivera, is not only protecting citizens, but way more than that: Combined with the superpower of bacteria, it is an open platform, inspired by bacterial resistance, that helps to create nomadic networks to accompany demonstrations in the streets while also revealing a generation of young citizens who are building a new consciousness and commitment to change society. “The symbolic participation endeavor, which is built on active community involvement, reflects the younger generation’s courageous hope and drive for change, highlighting how the world is interconnected, from the microscopic bio world to the vast globe we live in.” With these words, the 2022 Prix Ars Electronica Jury in the Interactive Art + category stated their decision to award bi0film.net this year’s Golden Nica.

“The yellow umbrella, which has become a symbol of Hong Kong’s Umbrella Movement, has been repurposed as a parabolic WIFI antenna in order to extend decentralized connectivity by covering and protecting citizens.”

What makes it an equally outstanding project to them is also the fact, that in times of an endemic, where physical interaction is limited, two artists from two different nations—and continents—have collaborated to empower participation that can offer an alternative solution to our shared socio-political concerns. We took the chance and spoke with these two artists in more detail abour their project – before they will be part of the festival in September, exhibit their work in Linz and talk on stage at the Prix Forum about their artistic approaches.

What was driving you, what was the motivation behind the project Bi0film.net and how did the idea come about?

Jung Hsu & Natalia Rivera: When we initiated this conversation, we realized that our points of encounter were particularly related with both, the inquiry for other politics of living systems, that the pandemic brought with it, and our experiences being part of those social outbreaks occurring before the lock down started. It was important for us to see how, in both regions, behaviors of growing-life and freedom-reclaiming were emerging, and how those rigid institutions, such as the governments, that were not able to control them, that were afraid of so much life expression, decided to murder.

The generalization of the protests was so relevant, in that sense, specially in the core of strong oppressive governments, because it reminds us that even when institutions are afraid of those eager to live outside the imposed normalization, life continues to grow, diversify and evolve, especially through mutual aid.

The Bi0film.net project is inspired by and a tribute to human and bacteria resistance. To those communities of living organisms showing over and over again that, even if constantly tried, life can not be controlled. A tribute to the uncontrollable growing degrees of freedom of life, in the context of the emergence of a growing diversity of other understandings of the phenomena of life itself.

While studying the behavior of bacteria, we realized more and more how other living organisms have developed, through evolution, amazing technologies of collaboration to break through, and we wanted to create a narrative around that. Now, when we as humanity are facing that there won’t be a way to resist/survive without re inventing our relation with other living organisms and entities, we just want to share that among infinite expressions of the living, those of bacteria can also encourage us, and that our culture, our science, our human technologies or biotechnologies could stop understanding bacteria as something to be controlled. Instead, let’s embrace the freedom they have and the ways they collaborate.

Why did you choose bacteria, can you explain a bit in more detail the meaning, the metaphor of bacteria not only for your project but for us as a society?

Jung Hsu & Natalia Rivera: We humans coexist with and are formed by countless microorganisms, living for instance in our digestive system and residing on our epidermis. But humans treat these microbes with naivety and violence, and antibiotics are a double-edged sword. We know very little about symbiotic microbes, but at the beginning of this medical development, these microbes were predetermined to be antagonistic to humans, who host and colonize (infect) us. When probiotics emerged, the narrative of bacteria changed from killing to control, a change akin to the 18th-century biopolitics theory. In a way, the bacteria and the ways we use to control our bodies resemble the relationship between citizens and government. We refuse to continue to call microbes the enemies but rather see them as coexistent with our bodies and peers.

Returning to the discourse of those biopolitics, modern governments use surveillance and censorship which control our freedom of speech, create public health systems that track health status, and issue different fertility policies which maintain the overall population. We can see that these means of control over the subject of life often fail and get out of control at a certain critical point. The behavior of citizens in resisting authoritarianism and dictatorship is strikingly similar to that of bacteria resisting our means of control.

Lastly, the title “Bi0film.net” is to convey a metaphor that biofilm, the technology of bacteria, is not just a physical shield, but also a time-based mechanism for bacteria to build shelters together, to exchange experiences and knowledge, to communicate across species, to make adaptations in time, and to wait for sufficient numbers of bacteria for breaking through. In human societies, most movements have been compromised at some points, whereas some have failed due to various factors. Perhaps this is the most important thing to learn from bacteria. We may not always need decentralized digital communication, but we need to learn how to build protection and network with heterogeneous communities, to choose staying dormant when both the environment is unfriendly and the resistance is not sufficient to make an impact. In many contexts, bacteria don’t really go extinct, they wait for the right time to spread out.

You are from Taiwan, Jung, and you are from Colombia, Natalia. How can we imagine the process of working on the project, did you have to collaborate at a distance or could you work at the same place?

Jung Hsu & Natalia Rivera: We developed this project in the context of the New Media Class of the Berlin University of Arts, around the topic of convergence at the beginning of 2021. The semester was totally held online. We were located in different time zones, Jung was in Taiwan (GMT+8), Natalia was in Colombia (GMT-5), and the class was being held in Germany (CET). Every discussion was online and used various open platforms, including Bigbluebutton as a digital classroom, Medienhaus/ as a public and private chat room, and etherpad as a cloud document. Before April 2022, we had never met each other in person. Even when remotely, we worked organically and collaboratively, connecting with local communities interested in co-creating around these topics.

I heard at the Ars Electronica Festival, your project may be not only presented, but used as a network for the location. Was the umbrella already used in real life situations or are you planning to do so?

Jung Hsu & Natalia Rivera: The project develops through co-creation workshops together with the communities interested in exploring, prototyping and implementing this kind of communication media, while sharing ideas on the importance of creating other ways of organization that could be, as our project proposes, inspired by other living organisms. We have developed up to now two of them in Bogotá, one with Mutante and one with the participants of the Anarchist Book and Cultural Fair (La Furia). These are the spaces where the project has taken part in real contexts. The purpose of its use and the specific development belongs also to the situated knowledge and experience of resistance of each community.

During the festival we would like to continue replicating the process of co-creation, together with other communities interested. However, it is important to clarify that the project is not a ready to use product or service.

In your project text it says Bi0film.net is created as an open, as a collaborative project. Does it also mean that you are planning to pass the technology on somehow, for example through workshops,…?

Jung Hsu & Natalia Rivera: The project is open because every resource we and the communities use are open and will continue to be, but also because the project does not intend to offer a final product-service. It is open because we are aware that the process of re-inventing our organization and communication media is of course mutant and evolutive, plus situated. As mentioned before, we would like to share every resource through the co-creation workshops, and also through our digital platforms. On the other hand, every process and resource created for the project has been collaborative based. Every person, group and project has also supported the Bi0film.net project with their own resources.

What’s the meaning of winning a prize like Prix Ars Electronica to you and the project, how does it help the project?

Jung Hsu & Natalia Rivera: The prize and the festival amplify the outreach of the project collaboration and the ideas of other politics of the living behind it. We are happy to have a space to share our processes there. It is also really nice for the Bi0film.net project to be part of a list of wonderful selected projects that clearly expresses that our ways of understanding, comprehension, creation and resistance are truly diversifying. 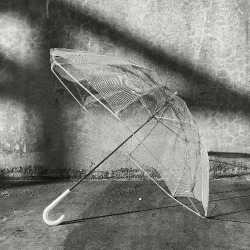 Jung Hsu (TW) is a researcher and new media artist based in Berlin. She attempts to combine interdisciplinary knowledge with artistic research to create heterogeneous encounters. In her process, she responds to the current social situation with multiple perspectives and uses metaphorical objects to create a speculative scenario. Her recent work has focused on micro-biopolitics and social movements. Natalia Rivera (CO) is an emergent-media artist currently exploring the possibilities of digital technologies as inter living-entities mutual aid media. In the context of indeterminate/queer knowledge creation, their processes are interdisciplinary, open, collective, collaborative, and communitarian, through the Mutante laboratory (Bogotá) and the global Suratómica Network for creation—art and science.

You can experience this project as well as the other winning projects of the Prix Ars Electronica 2022 from September 7 to 11, 2022 at the Ars Electronica Festival 2022 in Linz.