Pictures right out of your head 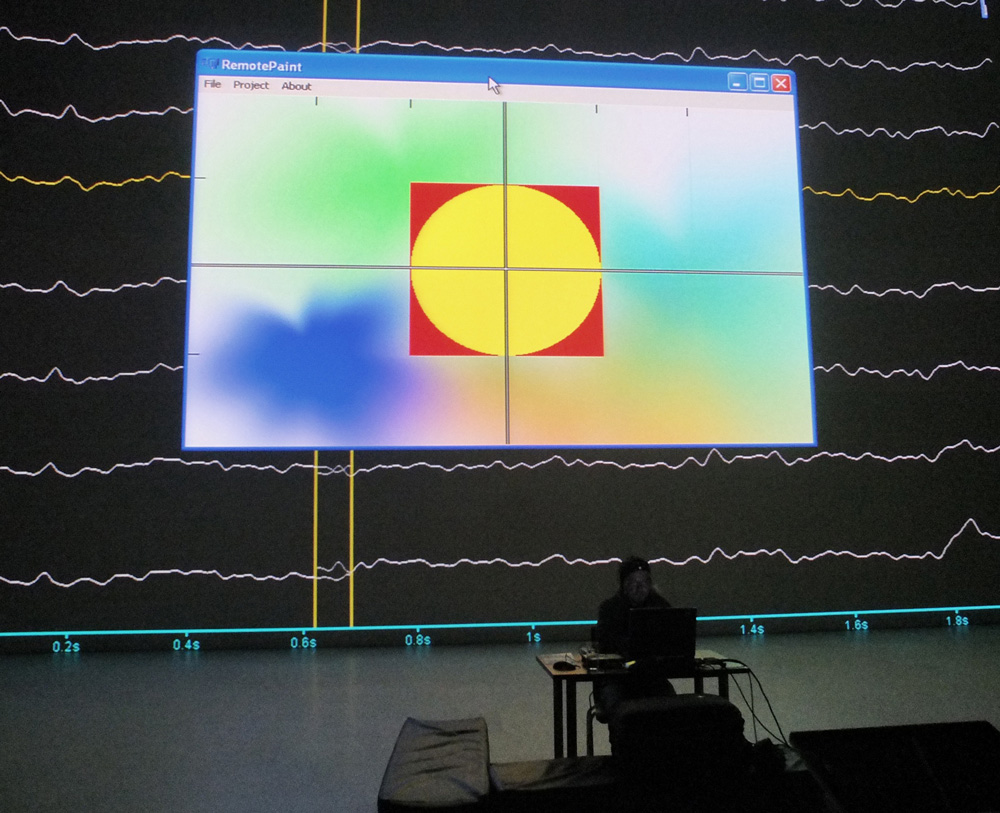 Every once in a while, you’re watching at a scenery so beautiful, that you want to capture it and show it to your friends. More often than not, there’s a camera around, but there’s also the romantic way of painting the whole sensation. You pick your brush or pen, start to fill the paper with strokes, lines, shapes of all sorts, the composition is getting denser and denser, you work out all the details, and in the end, you look at something that doesn’t look like the scenery at all. Most of us have a clear vision, but lack the skills to translate this vision to paper, and this is the part when Pingo Ergo Sum and brainpainting comes it: It’s an option to translate your fantasies directly, using your brain only, and it can be seen at the Ars Electronica Center starting April 5th, 2012. 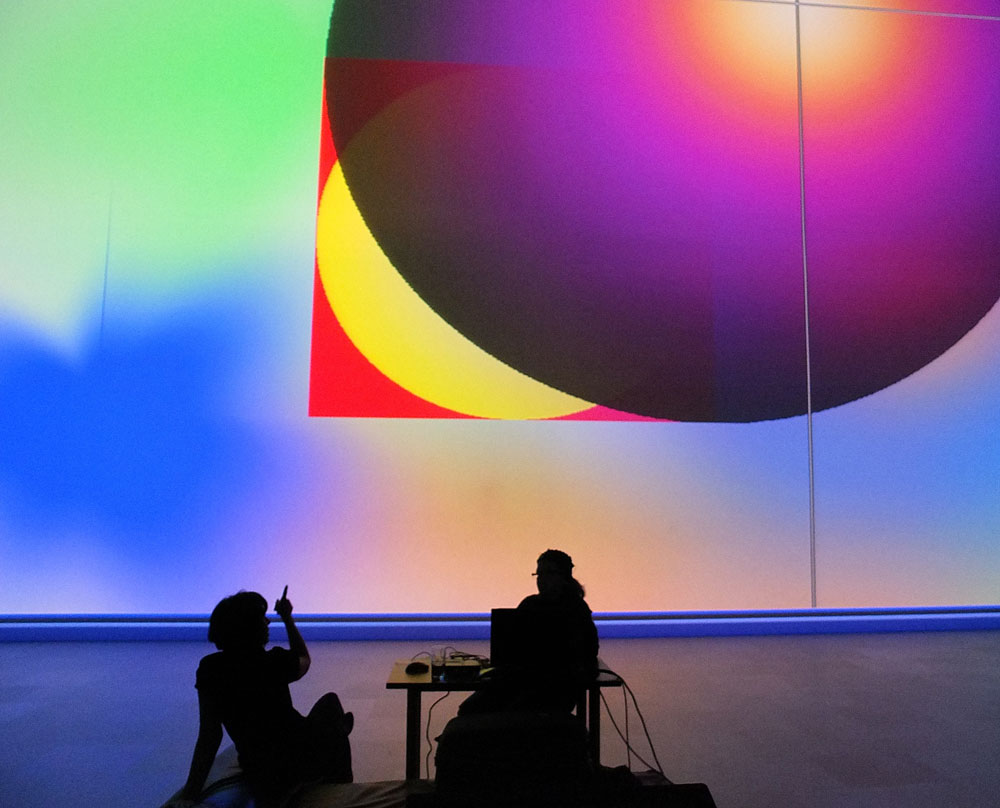 The basic principal of brainpainting is as follows: Using a Brain-Computer-Interface, the software is translating your thoughts into pictures, measuring your brain-activity and interpreting it into digital data. Through this it’s possible to paint and draw without using a single finger. But of course it’s not only who those who want to be creative and lack the skills, but it’s a valuable tool for people who would be locked out of communication otherwise. A fascinating piece of technology!

Starting April 5th you can check out the BCI for yourself and learn first hand how impressive it is, to control a computer without using any muscles, simply by thought. In the evening of April 5th you can also see Adi Hoesle, one of the motors of Pingo Ergo Sum, performing live at the Deep Space, on of the biggest canvases you’ll ever see.