Festival impressions from the Museum of the Future 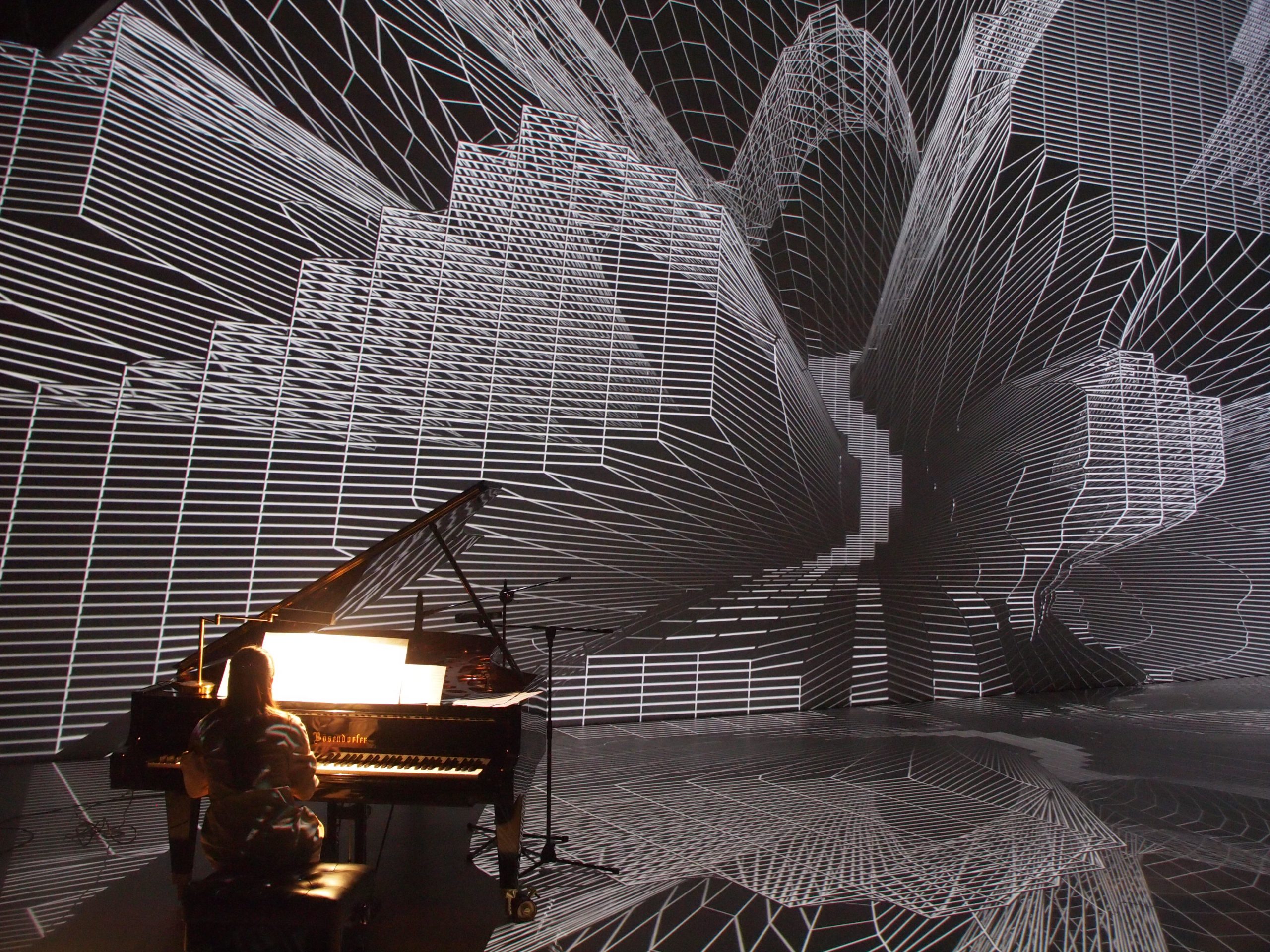 At the latests after compiling the program points at the Ars Electronica Center it is clear that within the five-day festival here at the museum of the future there is a lot to see. Inside the Deep Space the BIG PICTURE and its oversized presentations had their reasonable space. The exhibition “Out of Control” acquiesced well into the festival like the three Klangwolken stations of the museum: The ABC workshop, where visitors had the possibility to create their own illuminated letters for the voestalpine Klangwolke, the SoundLab, our own sound studio for composing Klangwolke miniatures, and the ABC-Showcase, where visitors finally picked up their illuminated letters for the evening of the Klangwolke. The museum offered enough space for conferences as “Pixelspaces 2012” and the new exhibition “Inside Futurelab“, where the Ars Electronica Futurelab shows its current projects. Here’s a little insight into the festival days at the Ars Electronica Center…

The Japanese pianist Maki Namekawa during her test of the Bösendorfer piano in the Deep Space. With her piano recitations she congratulated Ryuchi Sakamoto (JP) for the 60th, Philip Glass (US) for the 75th and John Cage (US) for the 100th birthday.

The arms of the artist and retrogardist Adi Hoesle were always crossed during his performance “Brain Sculpturing” – he only needed the power of his brain to form a three-dimensional figure.

A lot of activity at the ABC workshop, a few hours before the voestalpine Klangwolke. Until recently visitors could build their illuminated letters in the foyer of the Ars Electronica Center to be ready for the evening of September 1, 2012.

The media artist Jon McCormack (AU) presented its Artist-in-Residence project “Fifty Sisters” where the logos of the major oil companies came to life as plant-like creatures.

International flair in the main gallery – all day long.

Three of the top astrophotographers in the world at one place: Damian Peach (UK), Dietmar Hager (AT) and Warren Keller (U.S.) showed during their presentations in the Deep Space what spectacular images from space can be photographed with giant “lenses” .

“ZeitRaum”, a project of the Ars Electronica Futurelab – not only at the Vienna airport but also in the Museum of the Future.

In recent weeks the illuminated letters put their luminosity literally on display at the ABC Showcase.

… and then finally complemented the unique spectacle of voestalpine Klangwolke at the Donaupark.