Spaxels – Test at the Donauparkstadion 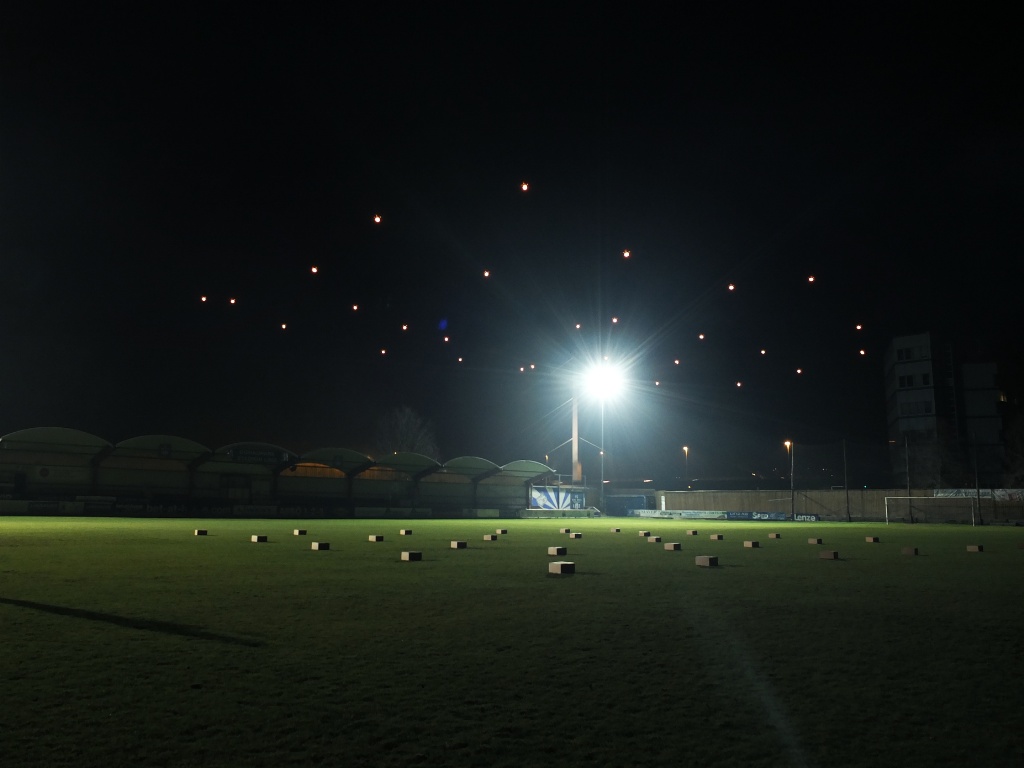 The last Spaxel-Test of the year took place at the Donauparkstadium, home of Blau-Weiß Linz. The test was about finding out how the quadrocopter and especially their batteries work at low temperatures, but new shapes and animations were tested as well. 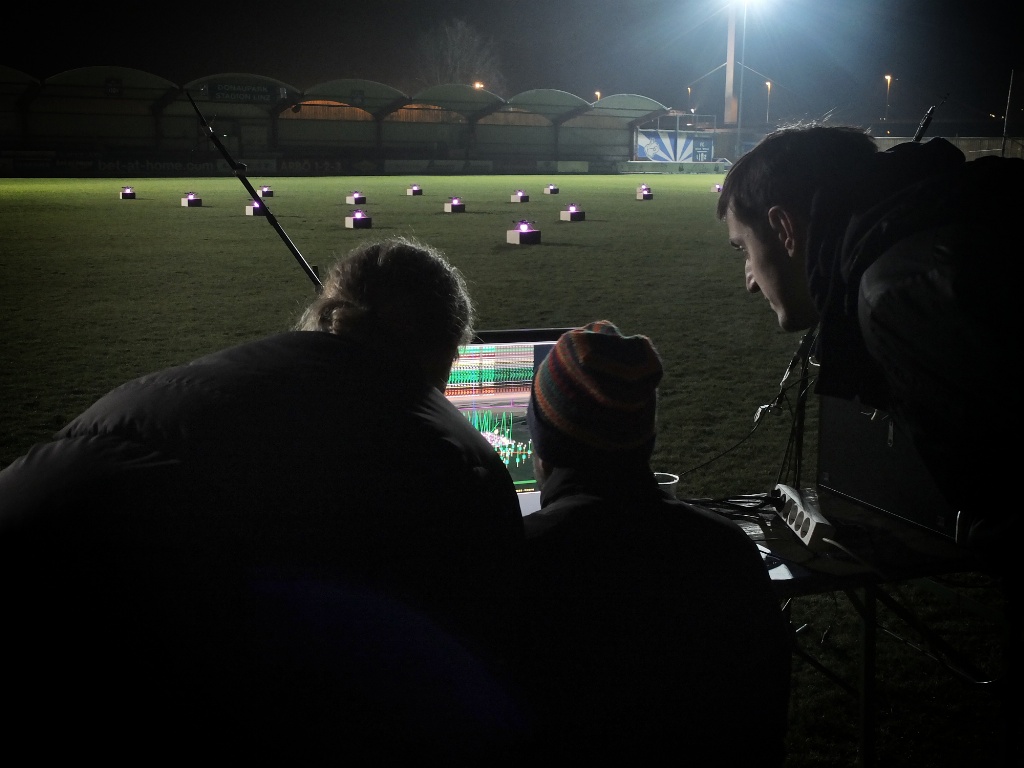 A small crowd, made up by members of the Ars Electronica Futurelabs and of Ars Electronica Solutions, has come despite of the temperatures to witness the last testflight of the year. Both departements are responsible for developing certain parts of the project. 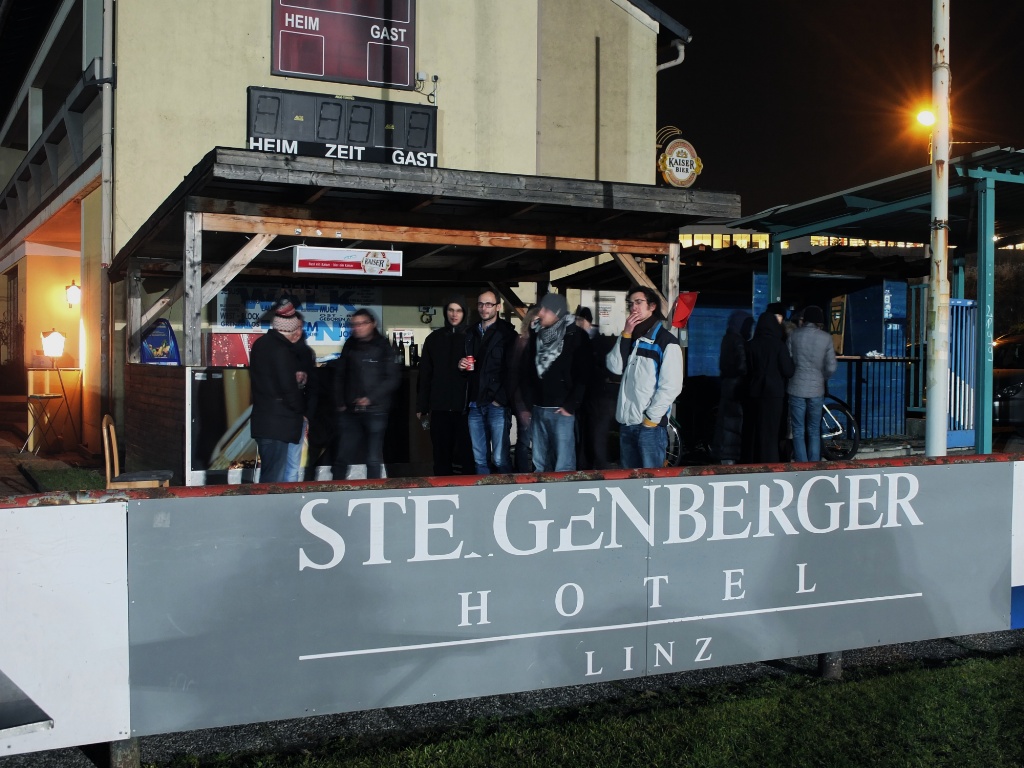 Last checks are being performed, the quadros are still on the ground. 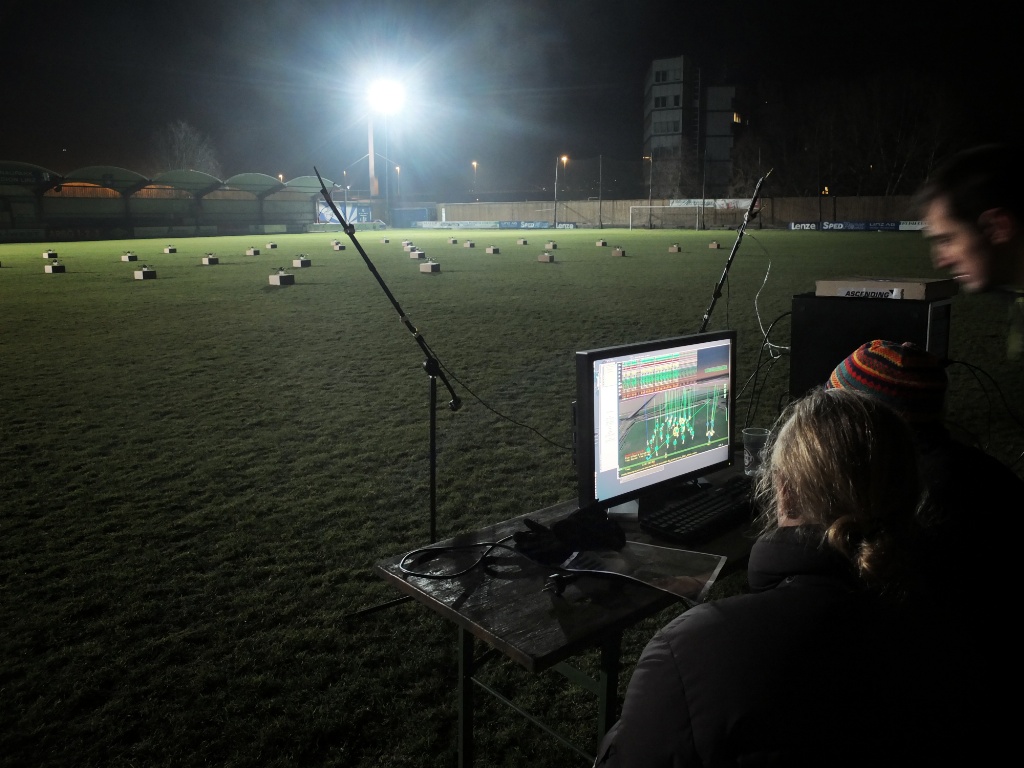 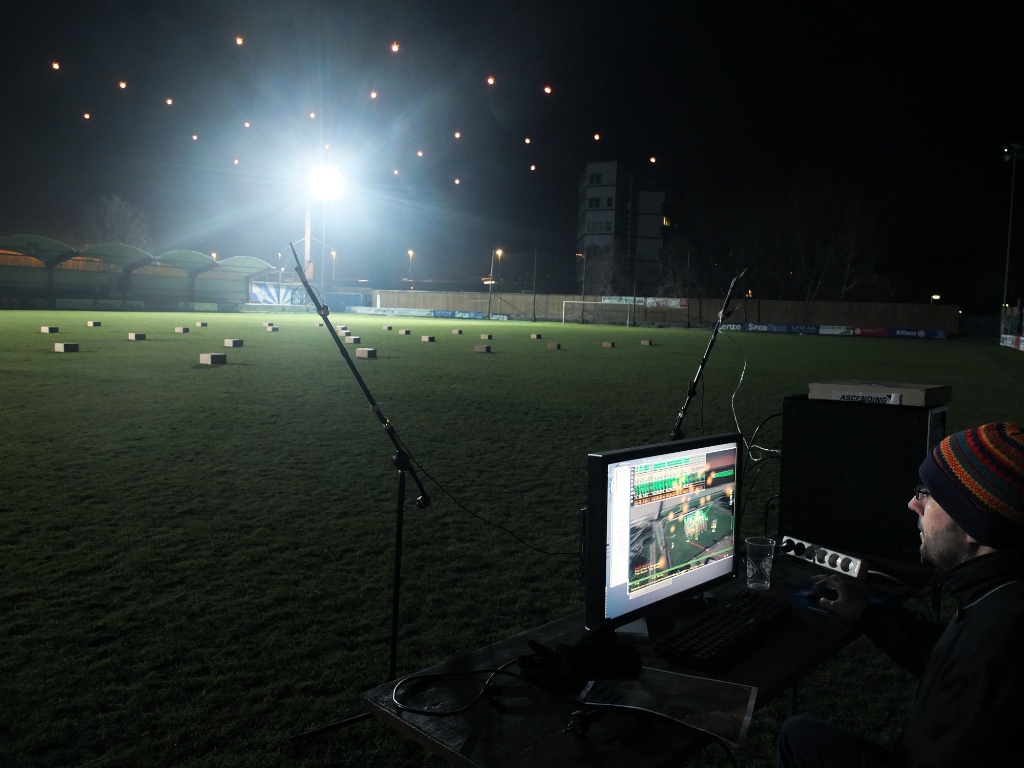 The flight-conditions are very good, there’s practically no wind. One of the quadros is lagging behind, that’s because only the GPS-Tracking is used, the new trackingsystem, which is described in this blog-article is not in use during this test, since it’s mostly about the performance of the quadros in the air and the battery-performance in cold conditions. 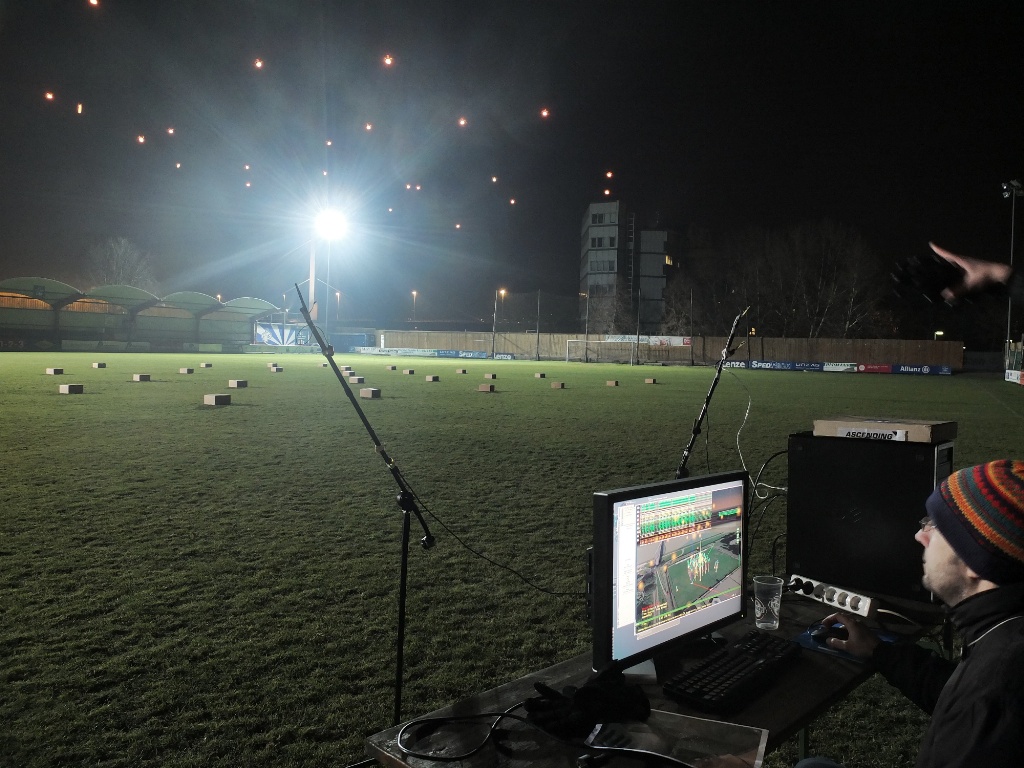 The shapes are looking good, the spaxels do what they’re supposed to.

What we take away from this evening: Even at temperatures, when the human body is longing for tea or Glühwein, the spaxels are performing as they are supposed to, the battery-life is a little bit shorter than at sunny conditions, but the team is happy.

If you now think that having a quadrocopter-formation at your next houseparty would be exactly the right thing to make it a party to remember, contact Ars Electronica Solutions, because you can book the spaxels!