The South is everywhere 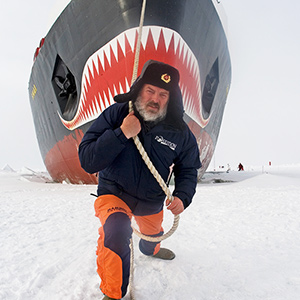 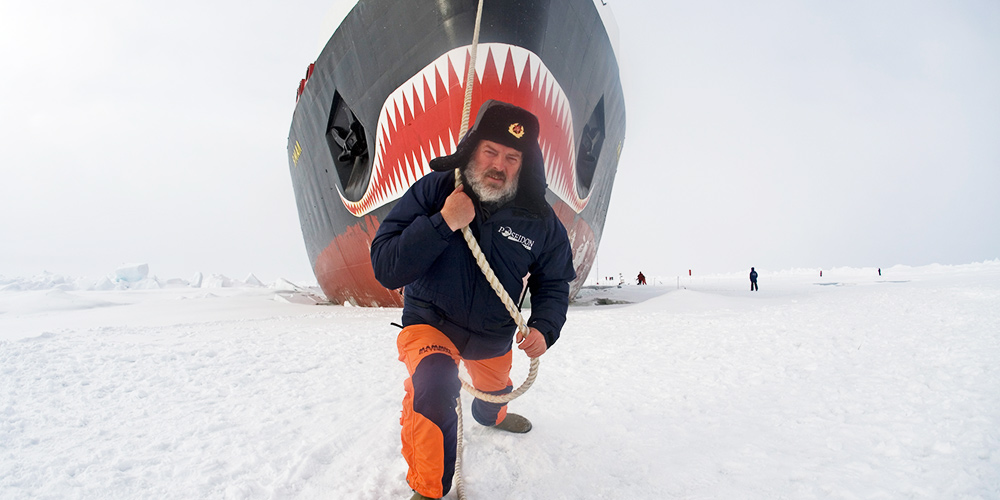 Around the northernmost point on earth they are supposed to be hidden, the undiscovered Arctic oil and gas resources. Especially in recent years, the regions are now more accessible, because the ice decreases consistently because of climate change. Neighbouring countries such as Russia, Canada, Norway, Denmark or USA are trying to maintain or to expand their territorial claims in this seemingly hostile zone of earth. Prof. Mag. Josef Friedhuber, scientific lecturer, was part of some journeys into the North and he will report in a Deep Space LIVE on THU February 13, 2014, 8 PM, about his trip to the North Pole and the Islands of Franz Josef Land with the Russian nuclear icebreaker Yamal, the strongest ship in the world. How is it to travel on such a ship, he talks about it here on the blog.

Why did the Russian nuclear icebreaker Yamal start into the north?

The Russian icebreakers are in their classic use during winter. They are responsible for keeping the waterways free in the Arctic seas and waters and for rescuing ships that stuck in the ice. In the summer they are so to speak “unemployed” and so they are chartered for tourist and sometimes for scientific trips.

What tasks did you have as a research assistant on board?

I served as a scientific editor for the care of the guests, both in the lecture hall as well as during shore leaves to Franz Josef Land, which was visited on the way back. 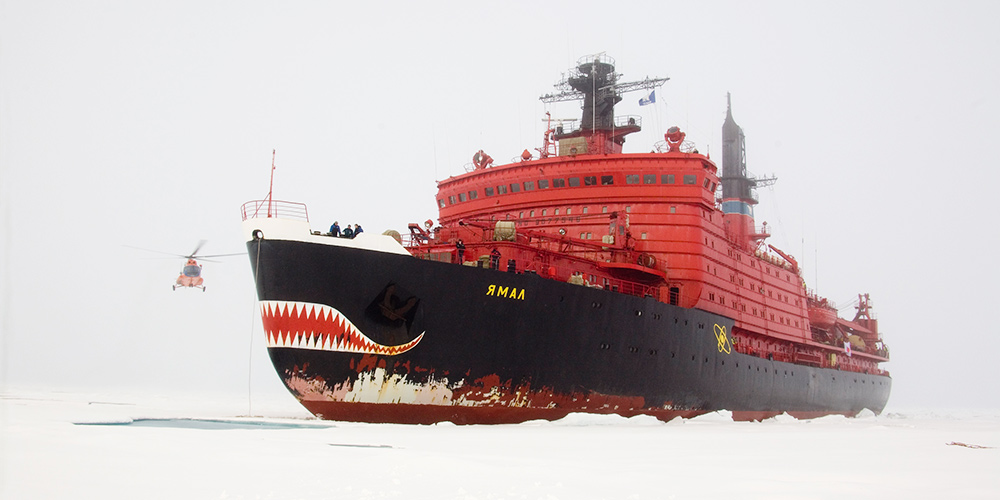 You have reached the North Pole with this trip. 100 years before Robert Edwin Peary, he succeeded as the first man to travel into this area. What do you think about the researchers of these former Polar expeditions?

Whether Peary was actually at the North Pole or not, this is controversial and not really provable. The North Pole is a drifting ice and in contrast to the South Pole it is only one coordinate 90.00 N and there is no fixed point on the ice. The polar explorers of the 19th and early 20th century deserve the highest respect, because they have taken incredible hardships and risks. Their dedication and obsession are hard to imagine from today’s perspective. Those were the true adventurer.

How strong are the changes in the ice cover in recent years? Do you feel and see the climate change in this region? 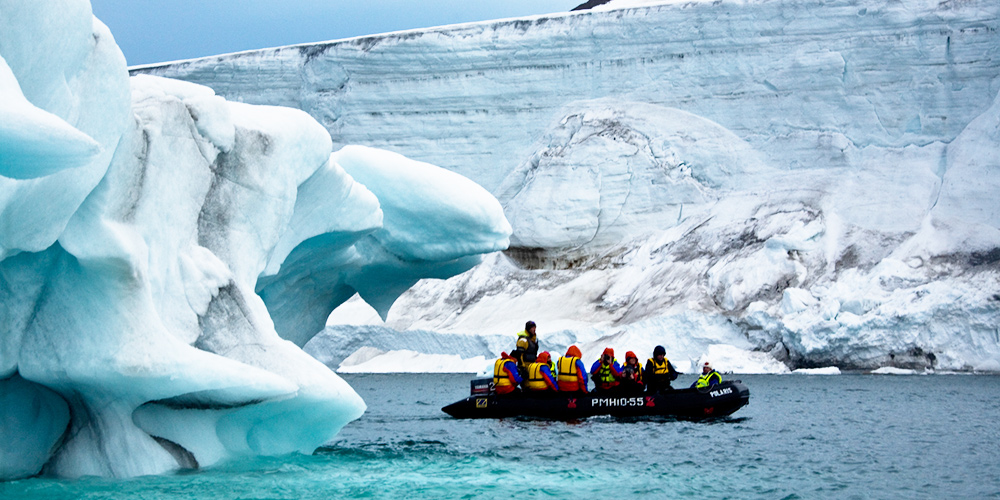 If you had to write a text for a travel magazine – with what sentence would you advertise?

If you have too much money, and you have already donated to the needy even millions, then you should visit the North Pole – here, the South is everywhere.

What security measures were there on this ship with nuclear propulsion, to monitor the radioactivity on board?

The operation is anything but “russian”. They work with the highest safety standards and I never had a bad feeling. There were always guests who had the Geiger counter. They guide you during machine room tours up to the Control Center and you will directly pass the reactor room. There was measured any excessive radioactivity.

If you want to know more about the journey of Prof. Mag. Josef Fried Huber, come to the Deep Space LIVE on THU February 13, 2014, 8 PM, at the Ars Electronica Center Linz.