Futurelab Academy for Students at the Hong Kong Design Institute 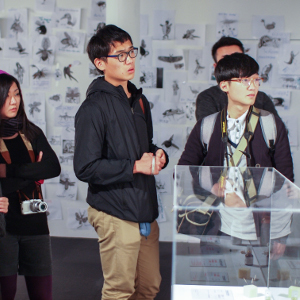 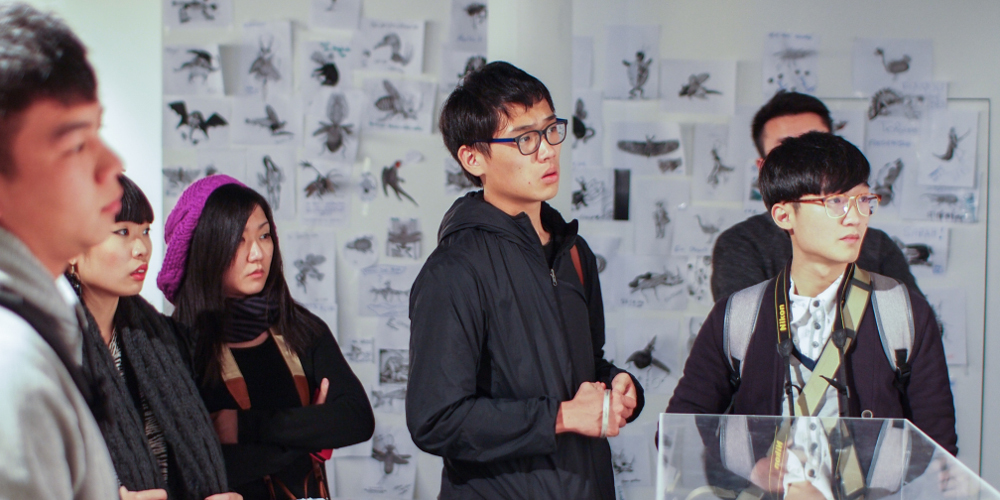 A group of Hong Kong Design Institute undergraduates are currently in Linz to attend the Ars Electronica Futurelab Academy. Their curriculum includes a workshop designed to help them develop ideas and implementation strategies for their final projects at the conclusion of their two-year program of study. Members of the Ars Electronica Futurelab staff are serving as these young people’s advisers and supporting them in the form of talks, creative sessions and mentoring in small groups. To find out about the Academy’s orientation and objectives, we interviewed Peter Holzkorn, Futurelab staffer and coordinator of the Futurelab Academy. 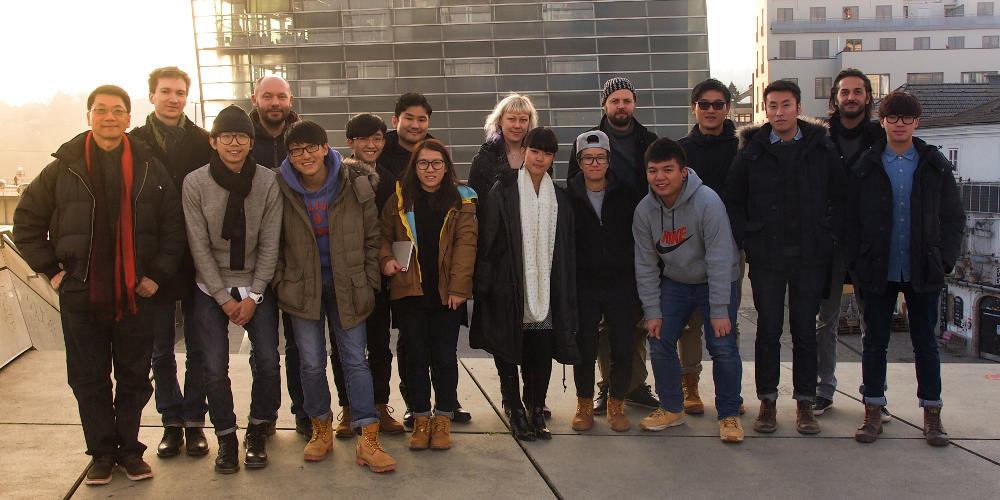 Hi Peter! First off: What is the Futurelab Academy all about?

Peter Holzkorn: The Futurelab Academy is a program that’s existed for a couple of years now. Essentially, it entails the Ars Electronica Futurelab working together with educational facilities—primarily, university departments and universities of applied sciences, but also with other post-secondary educational institutions as well as NGOs and private firms if they focus on education and are interested in a program of continuing professional education.

One of the first Futurelab Academies was staged jointly with the China Academy of Art. Since 2013, one of our primary partners has been Queensland University of Technology. The Futurelab Academy’s core model—or, actually, our most successful model—was developed together with them. On the basis of this format, we collaborate with a university to create a media art course custom tailored to their needs. During the semester, members of the Ars Electronica Futurelab’s staff act as mentors who give the students feedback about their projects. Once or twice, we also go to the university to stage in-depth workshops in order to give face-to-face feedback, offer suggestions, and do brainstorming. If this includes a technical field in which we have expertise, then there are, of course, technical areas in which we can provide direct assistance to the students. 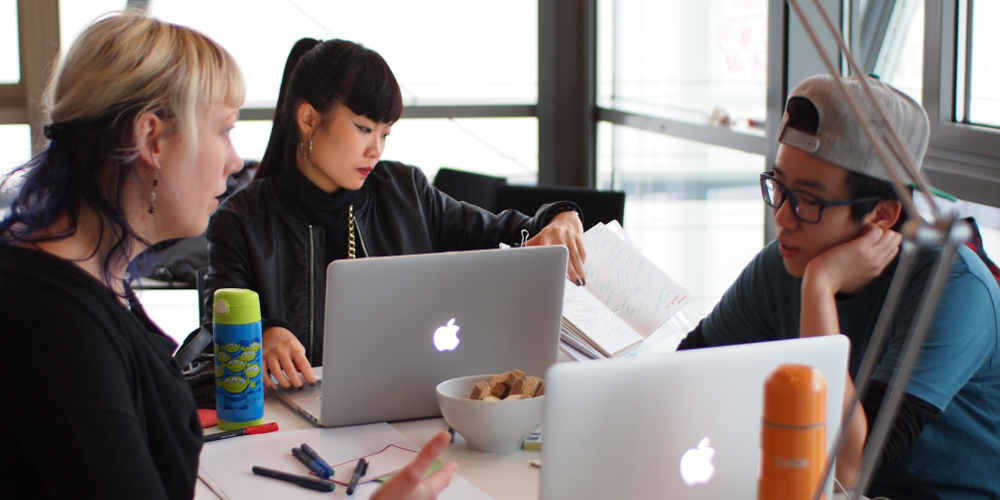 The ultimate aim of the Future Academy’s core model—that is, this semester-long course—is to exhibit the students’ projects in September at the Ars Electronica Festival. Students are invited to join us here in Linz and present their projects in public at the festival. Needless to say, this is really exciting for students because a project completed to fulfill the requirements of a one-semester course is usually just presented in a classroom setting. But making an appearance at one of the world’s biggest media art festivals is a challenge of a totally different magnitude. They have to consider certain things that are irrelevant to an internal presentation—for instance, the project’s stability beyond a one-week timeframe, and its usability by those who aren’t insiders. Things like this are important in the context of the festival, of course, and constitute additional aspects that are conveyed in this model of the Future Academy.

In another model within the Future Academy framework, we hold workshops for college classes. For example, we’ve hosted several student groups from the Joanneum University of Applied Sciences in Graz. We show them the Ars Electronica Futurelab, hold speeches and give them a very condensed impression of what goes on there so they get an idea of what interdisciplinary work can be like. 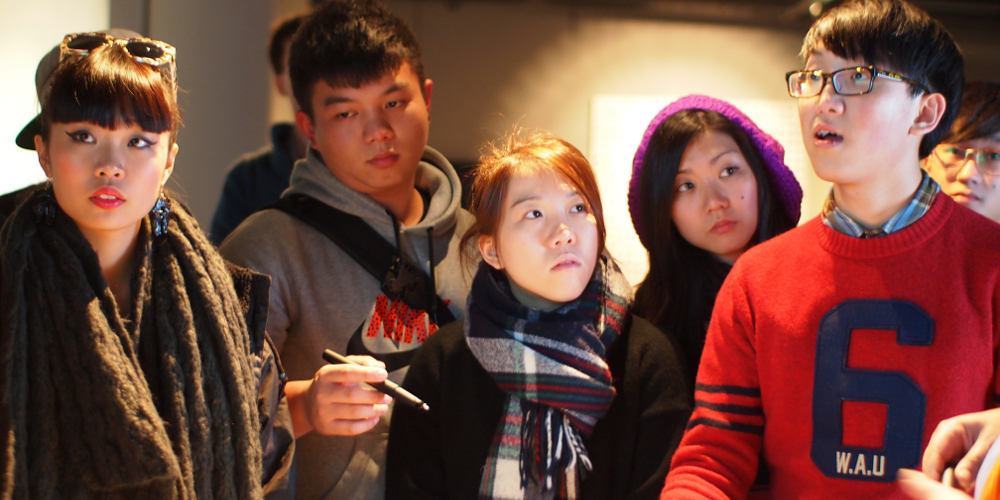 Do you just give theoretical input or do you actually do practical work with students?

Peter Holzkorn: In the workshop model, we don’t actually do hands-on work because there usually isn’t enough time. In most instances, the students spend only two days with us at the Futurelab. Here, we just impart an overview of our projects and get across what challenges are posed by each one. But, of course, it can’t be totally ruled out—time permitting, sure.

But in the case of semester-long models, practical work is definitely relevant and a part of our offerings. Last year, for example, we also collaborated with Queensland University of Technology on technical workshops that had to do with the LinzerSchnitte, a technology we developed here at the Futurelab. 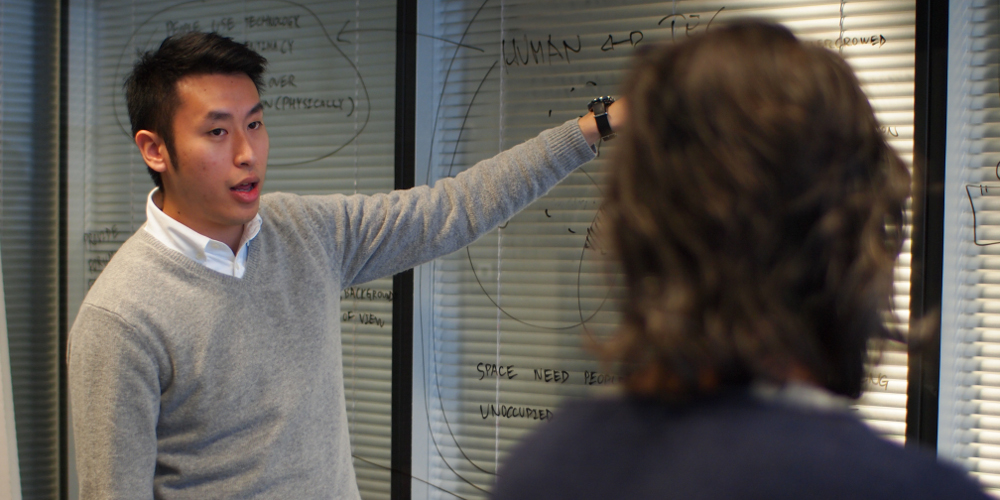 A multiday workshop like that one is being held right now for students from the Hong Kong Design Institute. Where did the idea for this workshop come from?

Peter Holzkorn: Ars Electronica Artistic Director Gerfried Stocker is the one who hooked us up with the Hong Kong Design Institute. He became acquainted with some faculty members there in conjunction with a speech he delivered in Hong Kong. At the Ars Electronica Festival last year, we, Gerfried and some representatives of the school had a meeting at which we discussed the Future Academy and gave some thought to what we could accomplish together.

A course of study at the Hong Kong Design Institute lasts two years. The school offers a very wide range of majors, including graphic, architectural, landscape and exhibition design. At the conclusion of their two-year program, each student must submit a final project, which they have an entire semester to complete. And the Hong Kong Design Institute also offers a sort of grant designed to promote the process of cultural exchange, whereby the recipients are outstanding students who have already demonstrated the ability to create excellent projects. Thus, a select group is invited to take part in this program. And the Institute contacted us as a potential partner. They were interested in their students visiting the Ars Electronica Futurelab because they were impressed by the Ars Electronica Festival and some of the other work that the Futurelab has done.

So, the point of this workshop is to provide support to these students as they go about completing their final projects. We help them come up with good ideas and create an implementation plan so that they can develop a coherent concept for their projects. 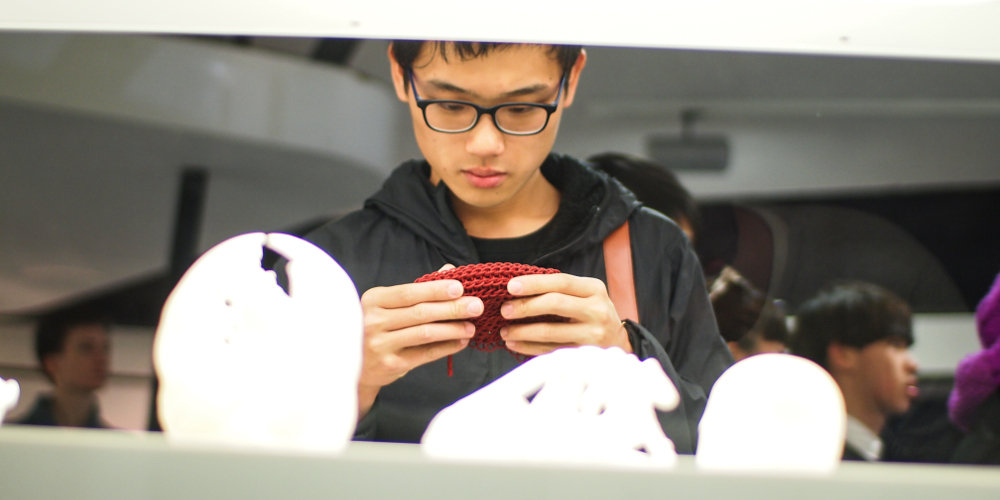 Inspiration talks, small group mentoring and so-called fresh-eye sessions are planned in conjunction with this workshop. What do these actually entail?

Peter Holzkorn: Basically, the students are with us from Thursday, January 15th ‘til Friday, January 23rd. During the weekend and on Wednesday, they do some sightseeing, visit a few museums and get the lay of the land, so to speak. As for the workshop itself—the Futurelab crew includes me as coordinator and five mentors who work together with the students.

On Day 1, the top item on the agenda is getting acquainted and touring the Ars Electronica Center and the Ars Electronica Futurelab. Then, each workshop participant briefly presents his/her project idea so we can get an initial, general impression of what the students have in mind.

The subsequent workshop sessions are structured to begin with an inspiration talk in which the mentors elaborate on their own individual research topics, speak about what exactly they’re doing, discuss the challenges they face and the areas of tension and interplay they’re confronted with, and thus give the students an overview of the various approaches they can potentially take to design work in their own fields. 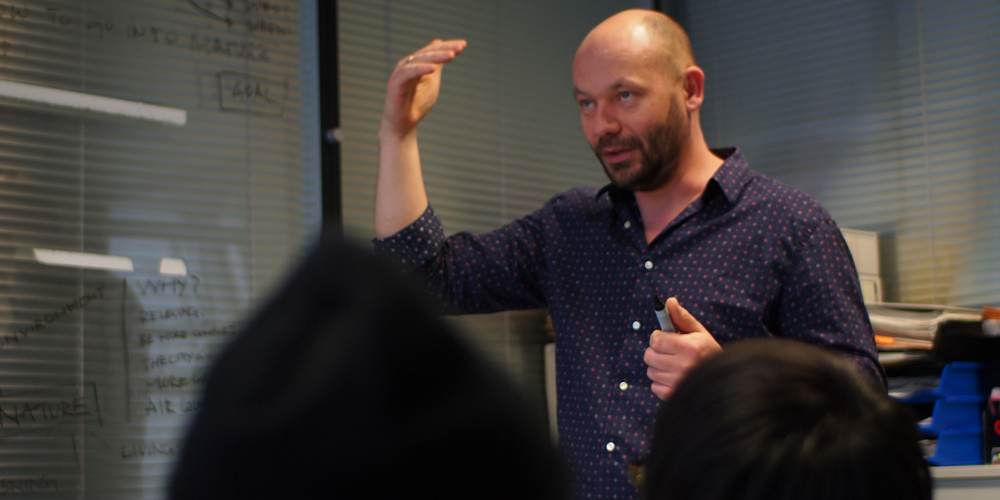 Then every day’s schedule includes a mentoring block in the morning as well as the afternoon—thus, a total of three hours of mentoring per day. Here, the student-mentor ratio is 2:1. A mentor’s mission is to provide gentle guidance and act as advisor as students work out the general direction of their respective projects. Following the mentoring sessions, some time is set aside to permit students to do some work in the Futurelab, develop their ideas, discuss matters among themselves, do a bit of in-depth research, and digest and ponder what they got out of the mentoring sessions.

Those are the core elements. Every evening, there’s also a brief recap of the day’s events. Like I said, one of the features of the mentoring system is that there are always two students—ideally, both majoring in the same subject—assigned to one mentor. But then there are also two so-called fresh-eye sessions that are conducted by substitute mentors. This means that, instead of the usual mentor, the students are assigned a new mentor who might be able to point out innovative ideas to them or make a new and interesting contribution to what they’ve already come up with.

On the last day, the students will present their project proposals or their concepts, and the mentors will deliver some final feedback. And this will have hopefully established a solid foundation for the students’ final projects. 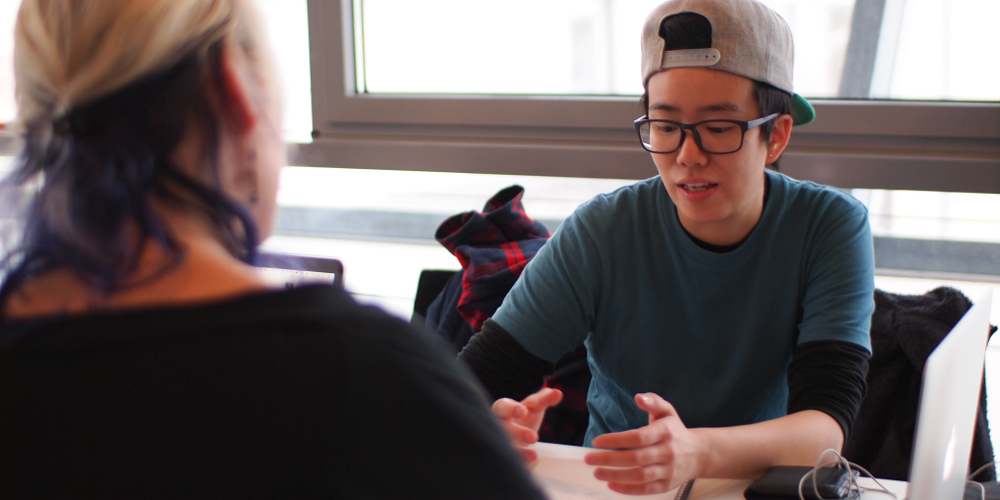 Peter Holzkorn is a researcher / artist at the Ars Electronica Futurelab, working across media to create playful, inspiring applications and installations. After studying computer science and interactive art in Vienna and New York, he joined the Futurelab in 2011, where he has been focusing on the design and implementation of software systems for distributed sound and graphics, often involving sensor systems and data-driven, generative content. The projects and research collaborations he has contributed to include large-scale media art installations (ZeitRaum), UAV swarm control systems (Spaxels) and experimental audio games (Audioversum). He is also coordinating activity for the Futurelab Academy, a framework for knowledge transfer with universities and organizations in related fields.